Features & Opinion09.02.18
What to think about when shooting and posting HDR for movies

FilmLight Image Engineer, Daniele Siragusano, on the challenges of shooting and posting for HDR

HDR has rapidly moved to the forefront in discussions on how to shoot and post premium content. Movies are increasingly choosing HDR as a second order deliverable and are searching for a suitable archive strategy to prepare their content for later exploitation. Prestige television projects like the recent BBC Blue Planet II are also using HDR acquisition and producing HDR deliverables.

So what does HDR bring to the table?

We tend to talk about HDR, high dynamic range, but in fact this brings several shifts in capabilities and creative aspects. First and most obvious, it increases the contrast ratio, meaning that you can have both bright highlights and deep shadows simultaneously or between scenes over time.

Another benefit is that it extends the palette of bright, saturated colours available. With HDR displays you can express bright, vivid and fluorescent colours that are simply not achievable with traditional standard dynamic range displays. This enlarges the colour palette the colourist has at hand.

But the standard dynamic HD colour volume (Rec.709) already covers most of the reflected colours in a scene. Therefore, having a greater dynamic range and colour gamut also brings some challenges for the colourist, as pictures can start to look quite unnatural if the colours are pushed too much towards the edge of the colour volume.

New colour grading tools are needed to give the colourist the right controls. Additionally, the image viewing pipeline needs to account for the implications of natural colours.

HDR not only influences the colour aspects of an image, it also introduces various other subjective effects.

Because of the greater contrast and reduced highlight compression, images are perceived as sharper. Edges that might appear relatively soft in SDR appear harder. This is seen as a major benefit in television. Genres like sport, where pictures can never be too clear or too sharp, regard HDR as a significant step forward, even on today’s HD displays without the need to go to 4K.

For movies or premium drama though, directors and cinematographers are used to the language of film. For many movies that means a degree of softness, allowing light to bloom rather than to cut like a knife.
The question is: can we enjoy the benefits of detailed highlights and shadows, and rich, revealing colour palettes, without losing the ability to create cinematic moods and atmospheres? 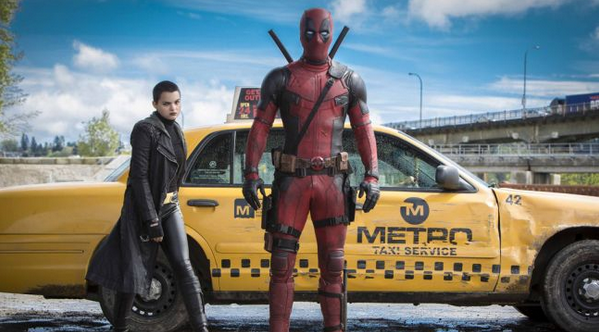 The enhanced dynamic range also affects the perception of motion. Motion artefacts, like motion judder, are contrast sensitive. Images with higher contrast in higher frequencies will emphasise these artefacts. So it is possible that a slow panning shot that looks fine in SDR can start to judder when the image is translated to HDR.

But the most important issues relate to image composition and lighting. What looks attractive when shooting for SDR can look like a distraction in HDR. Similarly, a scene that looks interesting in HDR might look unexciting in SDR.
Practical exploration

FilmLight recently took part in a one-day masterclass, organised by ARRI, in which the cinematographer Karl Walter Lindenlaub ASC lit and shot specific scenes. FilmLight was on hand, first to provide immediate viewing and correction through FilmLight’s Prelight on-set software, and then to provide a final grade of the images using a full Baselight workstation. Andy Minuth, FilmLight’s in-house colourist and colour workflow expert, performed the grade.

Lindenlaub lit the same set in a number of different ways including morning, afternoon and evening external light. The ARRI ALEXA SXT camera sent its scene-referred output to the Prelight workstation. There the signal was managed and instantly prepared for various viewing conditions. Multiple high-quality HDR monitors allowed everyone attending the event to get a close look at what was happening.

One advantage of Prelight is that it allows you to connect multiple display devices with different characteristics and simultaneously produce the correct signal for all of them no matter if it is SDR or HDR.

Additionally, Prelight can visualise an SDR image within an HDR container to be sent to an HDR display. This allows switching between SDR and HDR at the click of a button, so the DoP, Gaffer and the workshop participants could instantly see the differences between SDR and HDR outputs on the very same HDR monitor. This, in itself, is an important reason for having a tool like Prelight on set; having the full post-production pre-visualised live gives the creative team the ability to make meaningful decisions without any guess work.

The exercise clearly showed that the extra dynamic range creates a perceived rise in the sharpness of the image – exaggerating the effect of lighting.

A good example was shown as Lindenlaub lit for an actor in the foreground of the scene. He set his lights using SDR on the monitor, then switched to HDR to see the difference.
One obvious observation was the effect of the backlight or edge light, placed to lift the actor from the background. Setting up the lights while viewing the result in SDR achieved the required separation. But when switching to HDR it was visible as an effect; the edge was way too harsh and not really “cinematic”.

Conversely, lighting the same scene to produce a pleasing result on the HDR monitor (by diffusing the light source) achieved a very satisfactory look for this viewing condition. But when switched to SDR, the attendees felt that the actor did not pop out of the background in the way they would expect.

Fix it in post?
To visualise these differences on a display in a realistic manner, a whole range of dependencies need to be taken into account, like the scene brightness and the viewing conditions. These dependencies can be described in a colour appearance model (CAM) and applied on the fly as a colour transform on the image.

Working for multiple deliverables in SDR and HDR also highlights the need for specific grading tools operating in a scene-referred context, making physically realistic adjustments that are independent of the camera or monitor.
FilmLight has developed these grading tools, and integrated the complex colour science that allows the transition between SDR and HDR, but as was clearly demonstrated in the Lindenlaub masterclass, the differences between SDR and HDR are not limited to colour. The higher frequencies available make HDR very sharp, so the visible differences are spatial and textural. For instance, edges that appear too sharp in HDR can be visually diffused with a variety of newly developed tools for texture modification.

At present this is a creative decision by the colourist, looking at the image with the director and cinematographer. But research is being carried out to include the spatial and temporal aspects in the colour management framework. 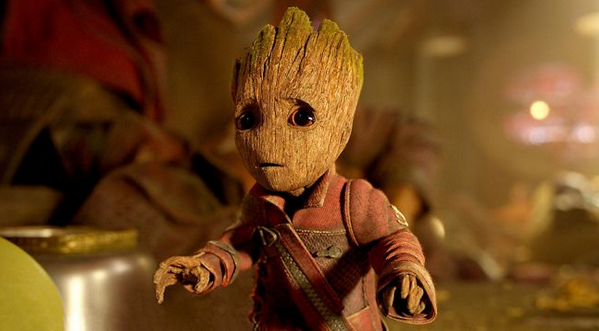 Striking a balance
We are in a state of transition. Today maybe 95% of audiences will view content in SDR, even if you shoot, finish and archive in a larger colour space for future revenue streams. Budgets and deadlines, though, mean that working across the various formats cannot be allowed to increase either shooting time or post time.

The immediate solution to the question may be to devote time broadly in balance with the revenue stream. Today that might mean grading in SDR then spending a short time checking and refining the HDR deliverable.

If we think back a few years to the last disruptive change in the industry, the move from film to digital cinema, this same principle applied. At first, in the finishing suite you were only concerned about the release print, allocating a short time at the end to create the new-fangled DCP. Today, the focus is entirely on the digital deliverables: many directors, cinematographers and colourists never even view a film print.

So today, the chances are that the production team will agree that lighting, make-up and set design will be done for SDR, with a quick check in HDR to ensure that nothing too obvious pops out of the picture. As HDR becomes more important in audience (and revenue) terms, more effort on set as well as in post will be devoted to it. HDR monitors on set will become the norm.

For post-production it is quite important to set up an image processing pipeline to account for the multitude of deliverables. It is very common for a blockbuster grade to spend the majority of the time grading for the standard cinema release, which is very close to the SDR TV trim. That means the grade is already made and approved for SDR, and later the HDR trim is produced. For this to work successfully, the colour grading needs to be independent of the display it is graded on. The decisions made by the colourist need to translate in a meaningful way to all other delivery formats.

To account for these situations, FilmLight has developed a robust and truly scene-referred grading workflow called “Truelight CAM”, which allows the user to start with a grade for any deliverable and later produce the other deliverables on demand without the need to heavily regrade the images, and with the best image quality possible. This is much more flexible than alternative workflows which dictate the order of the grades and trim-passes (HDR first and then “SDR down grades”).

A big part of the transformation on set will be a growing body of experience. When you book a top cinematographer for a movie, you know that they come with practical experience of what works. When they place a certain light in a certain position on set, they know what it will look like in the dailies.

Today, we are just starting to understand how that light quality and location might affect the image regarding HDR. But the experience and the intuition will quickly build up.

HDR technology is evolving and these considerations provide a snapshot of where we are today. HDR is immensely exciting, but it can change the imagery in a fundamental way, and affects spatial, textural and temporal aspects as well as pure colour and contrast. Directors, cinematographers, on-set DITs and colourists need to work together to create a body of experience, generating a new language to use HDR in the most effective, creative and immersive way – in order to serve the story.

This is Absolute’s vfx breakdown for mountain bike brand YT Industries’s new brand film, ‘Return Of The Goat II – New World Order’, starring Mads Mikkelsen and directed by Otto Bathurst through Smuggler. It was conceived by >>>

Sponsored Article from AJA Video Systems   Simplifying HDR Workflows for Live Broadcast & Sports Productions During the pandemic, expanded use of augmented reality (AR) and virtual cameras has enabled broadcasters to deliver a more enriching and >>>

Sponsored by Sony Professional Solutions Europe   Best Practice HDR for HETV Best Practice HDR for HETV is a practical one-hour panel discussion followed by a Q&A exploring the latest streamer expectations and best practice to deliver >>>
Prev Post
Next Post
This website uses cookies to improve your experience. We'll assume you're ok with this. I've read this
Privacy & Cookies Policy