In a TV world awash with new drama, there is little out there that looks like Kiss Me First.

Sophisticated TV animation usually takes too long and is too costly for most scripted shows. Yet this co-production from drama and comedy producer Kindle Entertainment and Elsley’s Balloon Entertainment, which is backed by Channel 4 and Netflix, has tackled the animation challenge head on. Up to 30% of its screen time comprises sustained animation sequences.

Kiss Me First is adapted from the book for young adults by Lottie Moggach, which Kindle Entertainment’s Melanie Stokes optioned four years ago at manuscript stage. With three teenage (triplet) daughters, Stokes was keenly aware of the psychological and emotional impact of the internet on a new generation of adolescents – an area she felt TV hadn’t really engaged with. Moggach’s book confronted this directly and, crucially, had a thriller format, making it ripe for a drama adaptation.

Stokes gave the book to read to Elsley after meeting him while speaking together on a panel at a festival in Galway. “I usually say a blanket no to adaptation proposals, but something about this book caught my attention,” recalls Elsley.

Describing Moggach’s book as a “strange, elusive piece”, Elsley explains that he is interested in narratives about parallel worlds. “One of my favourite films of all time is Mary Poppins. I vividly remember going to see it as a child, and when Mary and her kids jump through the pavement into the animated world, I couldn’t imagine that such trickery could exist in the world.” 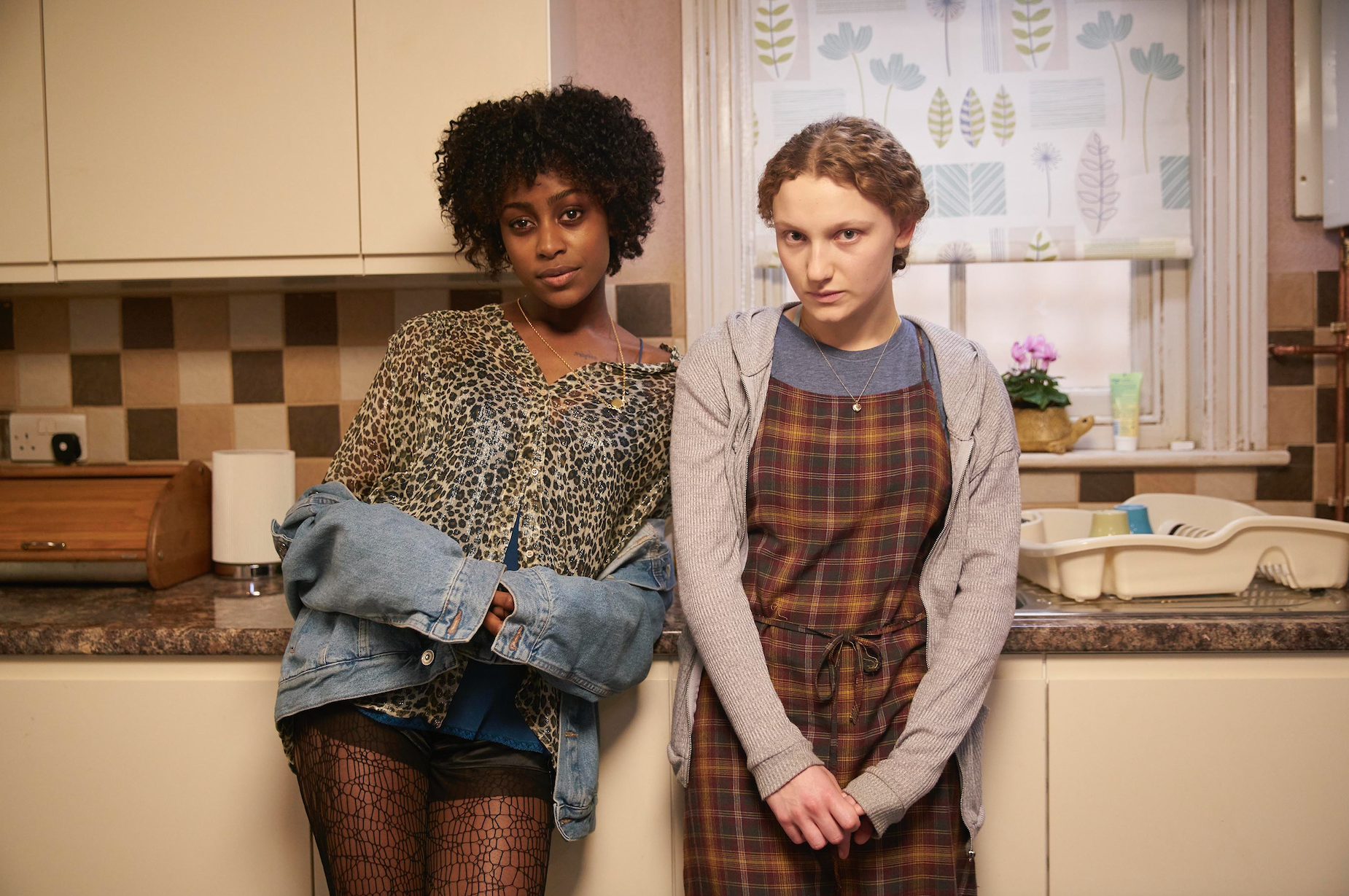 The project was taken first to E4, which agreed to develop the script. Then Elsley went to LA to meet with Netflix, which boarded Kiss Me First as a co-producer, taking rights outside the UK.

A key early decision was to change the setting of the book, originally based around chat rooms, to the world of virtual reality games. “Chat rooms in a TV series are not that televisual,” says Elsley. Conceptually, this was a very easy narrative step to take, says Elsley. “Practically, it involved upending everything you know about television production.”

Kindle then introduced Glasgow’s Axis Animation to the project. Stokes says it was crucial to find an ‘extraordinary’ animation partner like Axis which knew the worlds of computer gaming as well as how to tell a story through animation. Stokes also wanted to work with a UK animation studio if possible, rather than one from overseas, aware that the tone of complex projects can change if the partners are working in different time zones.

It was at this point that one of the central challenges facing TV animation started to become clear – creating believable animated characters who can express complex emotions.  For example, Elsley told Axis he was writing a complicated fight sequence in the first episode which he thought would be difficult to pull off. “Axis said, ‘Actually we do that every day of the week. The problem for us is that you have all sorts of expressive nuances in the faces of your characters – and that is very hard to achieve.’”

Stokes said two key lessons were learned during the animation process. Firstly, that the flatter the performance of the actors the better – anything too exaggerated would jump out and look distracting. And secondly, the animated character couldn’t look too similar to its real counterpart – an idealized, painterly version of the performers “gives them more soul.”

The live action shoot took place over four months, with one episode filming in Croatia and the rest in West London. The animation process, by contrast, took 18 months. In many ways, it was the complete opposite to the often fluid and flexible of making a typical TV drama. Animation is, necessarily, much more involved and precise.  “Everything needs to be agreed and nailed down to the floor,” points out Stokes, who says it took some time to work out how to get the two disciplines to work together effectively.

Elsley adds: “We had to go through quite a lot of trial and error – and there was quite a lot of error, let me tell you – to work out how to make our workflow feel like a TV production. Having done it once now, we feel that we’ve worked out the algorithm.”

The whole process, he adds, has left him with a new respect for the computer games world. “There’s an extraordinary level of creativity and audience that in some respects TV can only dream of.”

DETAILS
Kiss Me First moves between the real and virtual animated worlds. When Leila (Tallulah Haddon) stumbles across a secret paradise, hidden on the edges of her favourite computer game, she meets Tess (Simona Brown). Tess is everything that Leila is not: hedonistic, impulsive and insatiable. So when Tess turns up in Leila’s real life uninvited, Leila’s world is forever changed. But then a member of the group mysteriously disappears and Leila begins to suspect that maybe the hidden sanctuary isn’t the digital Eden it seems.