This is a welcome page for those interested in Televisual and marketing to the UK production sector – whether in the form of advertising or sponsorship.

The Televisual difference is that Televisual is uniquely only and all about production from commission to final master and Televisual’s audience the management, producers, production executives and lead creative and technical operators who make this happen. Televisual has often been described as ‘the voice of the UK production community’ and ‘the industry bible’. The following pages provide plenty of detail about Televisual magazine and televisual.com

To find out more about Televisual magazine’s readers and editorial context, please go to the TELEVISUAL MAGAZINE page.

You can see a full list of Televisual’s special reports and features and when they happen, on the TELEVISUAL TIMETABLE page.

And you can find out about advertising options and rates for this site on the DIGITAL ADVERTISING page.

Televisual is however much more than just the finest magazine and website for the UK production community. As you would expect from the UK’s leading media brand, Televisual is active in many other areas including industry events, its own awards, additional magazines and film production. You can read a little about these additional products with some helpful links as you scroll down this page, including:

Every magazine, event, film or marketing product is delivered with care and attention which is why Televisual has a uniquely loyal customer base. As the adage has it, ‘respect is earned’.

Televisual took a pragmatic view not to stage the Televisual Factual Festival in 2020 and 2021 but is now planning to run in early 2023. Out of this hiatus Televisual launched two new products:

The Televisual Factual Festival is a must-attend, high-impact business conference for factual Indies and filmmakers to discuss and understand the opportunities within international factual commissioning, funding, new media and distribution. The next festival runs in early 2023 in central London. The Televisual Factual Festival includes presentations from and panel discussions with over fifty speakers that together define UK factual production output with over 300 ticketed delegates (typically Indie managing directors and heads of department) and in 2019 with a returning delegate rate of over 70%.

If you want to connect with UK factual Indies and filmmakers, Televisual offers a range of very visible and competitively priced sponsorship options.

Please email james@televisual.com for more information. A detailed prospectus will be available at th end of 2022.

Now in its twenty-second year, the Televisual Bulldog Awards celebrate the best of UK television within a unique format and agenda where the UK production community votes for the best UK programmes from the previous year. There are three stages to the awards:

The Televisual Bulldog Awards deliver industry-wide recognition and enhances the reputation of everyone involved – winners, nominees and sponsors. Through direct and memorable association sponsors can get much closer to their core customers while the wider Televisual community has its say about the best television of the previous year.

Televisual hosts regular technology events from private sponsored networking dinners – the Televisual Heads of … Roundtables – to larger free-to-attend (by VIP invitation) production technology events like the ever-popular Future of Post and HDR in Production events in Soho and more occasionally in other UK cities.

Previous Future of Post events have covered topics such as High Dynamic Range, media storage and the cloud. Televisual’s technology events are exceptionally well-attended by small numbers (around 150) of the right people from the largest production and post companies. Our last Future of Post was attended by a VIP invited audience with over 50 post houses attending at MD or CTO level. (That’s more UK post houses than attend most UK or international trade shows and in numbers where you can meet all of the delegates and even demonstrate your kit within a relaxed and friendly environment).

With indoor events challenging to forecast ahead (or attend), Televisual launched an outdoor event called the Televisual Village Fete which first took place in early July 2021. It was an extraordinarily popular event (with over 70 post houses attending at a director level) and you can see a short film of the first event HERE.

Televisual followed this up in late June 2022 and firmly established the Televisual Village Fete as a much loved annual event with over 300 post executives in addition to our loyal sponsors. You can see the 2022 short film, edited and mastered in 4K HDR at the event HERE.

The Roundtable format is usually staged with either Heads of Production or Heads of Post (or CTOs) with three sponsoring parties and up to a dozen agreed executives exploring specific themes (from drama and multi-camera production to HDR and Dolby Atmos post over an upmarket private dinner). The resulting dialogue is then edited over four pages in the next Quarterly issue. Sponsors are able to get much closer to their larger customers and understand their challenges and opportunities while being visible within the magazine.

Please email james@televisual.com to find out when the next events are running. With an improved public health context, we expect to be running events throughout 2023.

Every Quarter Televisual works with technology vendors, resellers and facilities to create compelling double page spread case studies with work including research, interviews, copy-writing and design (with the customer receiving all assets) with a broad range of recent customers including The Look, Narduzzo Too, Sky Production Services, Jam VFX, Sony, Sandisk, HHB (for Avid), ERA, Exacta, Escape Technology (for HP and Nvidia) and Pixit Media. Televisual’s detailed understanding of marketing messages and imperatives combined with our knowledge of what the service or product actually represents (and what sets it apart) and our contact network gives us stand-out appeal and where Televisual is the natural home for engaging with and informing the production and post community about stand-out projects and technology change.

On a grander level, Televisual has published many bespoke magazines over the years for customers including Sony (The Producer and many other one-off magazines), Avid (Create) and one-off magazines for facilities companies like Molinare and OnSight. More recently we have published (and recommend) extended profiles for new facilities within the main body of the magazine with recent examples including for Mission (on their tenth anniversary in Winter 2021), Splice (for their new Nile Street building in Spring 2022) and a consortium of Polish facilities (in Autumn 2022).

Please email james@televisual.com to explore how we can increase your engagement with Televisual’s audience.

Televisual has been producing ediotorial films for over a decade and in December 2021 and January 2022 ramped up film production with a series of a dozen films called the Televisual Factual Films. Most of the films are about factual television commissioning with interviews with leading commissioners from the BBC, ITV, Channel 4, Channel 5, Sky, A+E Networks UK and Discovery UK and Ireland. These films sit alongside curated content within a new ‘Watch’ page launched in January 2022

You can find all of the Televisual Factual Films alongside third-party content at WWW.TELEVISUAL.COM/WATCH. 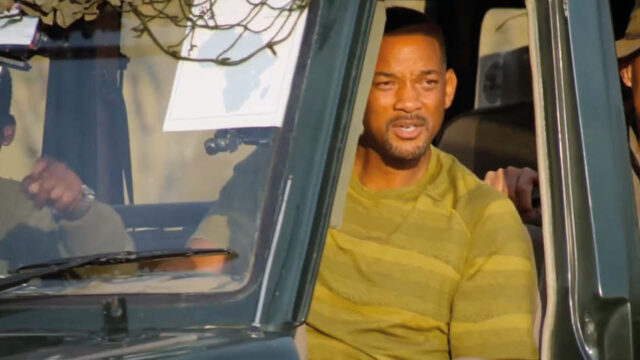 Over the course of 2022, Televisual is extending this offer to encompass other genres and themes. The most recent series of factual films was funded by combined sponsorship from multiple partners and we have a menu of funding and sponsorship offers in development.

Televisual also produces films for individual customers which are based on either advocacy marketing or product launches. Over the past decade Televisual has produced hundreds of short films for leading international technology companies, many involving the production of a (second) short drama film or beauty reel to demonstrate product benefits. Customers have included Sony, Fujinon and Escape Technology (for HP and Nvidia). These films have been extensively shown at industry trade shows (like IBC, the BSC Expo and NAB) as well as at international film festivals, almost always now in HDR and sometimes as DCPs. Producing these films – employing the latest technology and workflows and working with many of the UK’s leading creative operators – has given Televisual a unique understanding of what really happens on set or in post and helps inform Televisual’s editorial.

You can see a selection of films at TELEVISUAL CREATIVE HERE

Televisual Media UK believes that industry communities turn to magazines to set the trends and provide business overviews and detailed understanding within a longform agenda-setting context. Playing to this “sit back” approach in print means a more engaged and consequently informed readership. Televisual’s readers spend up to an hour reading Televisual magazine and regularly come back to the magazine for insight, inspiration and benchmark knowledge. This in turn allows Televisual’s advertisers to ‘tell a product or brand story’ and where Televisual works with brands to help them tell their own story through advocacy marketing pieces.

Televisual takes the view that the same communities turn to online media for immediate news information, visual inspiration and to drill down for specific content online which underpins this televisual.com website. It is broadly the same Televisual community that we have engaged and inspired in print over the past three-and-a-half decades that comes back to televisual.com time and again.

The strength of the Televisual brand and audience engagement is further articulated by Televisual events. The annual Televisual Factual Festival is the leading forum for factual programme makers. Televisual’s engagement with UK post production has no equal whether through the Future of Post events or more recently the Televisual Village Fete. The unique Televisual Bulldog Awards is a perfect example of delivering customer engagement in a unique, personal and memorable way. Televisual events are always attended by the cream of a given specialism or discipline and can rightfully be described as VIP.

Every magazine, supplement, film, event or creative marketing project that Televisual delivers is fulfilled in the context of detailed industry knowledge, with creative flair and in conjunction with the very best in the business. Televisual always more than delivers on promise. And this is why Televisual has the most loyal customer base of any media platform in the industry.

Talk to James about how best to integrate print, online and events and you’ll be surprised what Televisual can deliver. Email james@televisual.com today and connect with your market.