The latest installment of the Chronicles of Narnia – Chronicles of Narnia : The Voyage of the Dawn Treader – is the most recent blockbuster film to make extensive use of London’s vfx houses, with MPC, Framestore, The Senate VFX, Cinesite, The Mill and Prime Focus all working on the movie. Here’s a breakdown of what each of the companies did.

MPC
The principal vfx supplier was MPC, which completed more than 700 vfx shots on the film. The bulk of its work was creating and animating the mouse Reepicheep, the dragon Eustace, the Dawn Treader ship and a sea serpent. As well as character creation, MPC also worked on extensive digital environments.

MPC had already created Reepicheep for a previous Chronicles film, but with the mouse featuring prominently in over 200 hero shots in The Dawn Treader, MPC decided to update the character to “take the spotlight”.

The vfx house’s art department designed in what it describes as subtle changes to help create a “wiser and more mature Reepicheep”. And MPC’s animators even went so far as to take fencing classes to “learn the moves and tricks of the trade” to ensure the little mouse’s sword skills were tip top.

When it came to the dragon Eustace, the main challenge for MPC was conveying emotions through facial expressions alone, as Eustace is unable to speak.

For the giant sea serpent, which appears in a 180-shot ‘dark island’ sequence in which it attacks the Dawn Treader ship, MPC designed in ocean surfaces and splashing water effects for the serpent’s interaction with the sea. The serpent itself was designed with blubbery skin and “hundreds of articulated feelers” (whatever these are) by MPC’s art department.

MPC’s work on the Dawn Treader ship varied depending on the scene the ship appeared in. For some, a complete cg ship was built while, for other sequences, MPC added surrounding ocean to a land-based physical set of the ship.

Framestore
Framestore was responsible for the next biggest batch of vfx work on the film, working on around 280 vfx shots. The company’s key role was creating the God-like lion character Aslan – once again, Framestore had already brought the lion to life for the previous installment of the Chronicles series, so its work was focused on further refinement and improvement of the character design and animation. 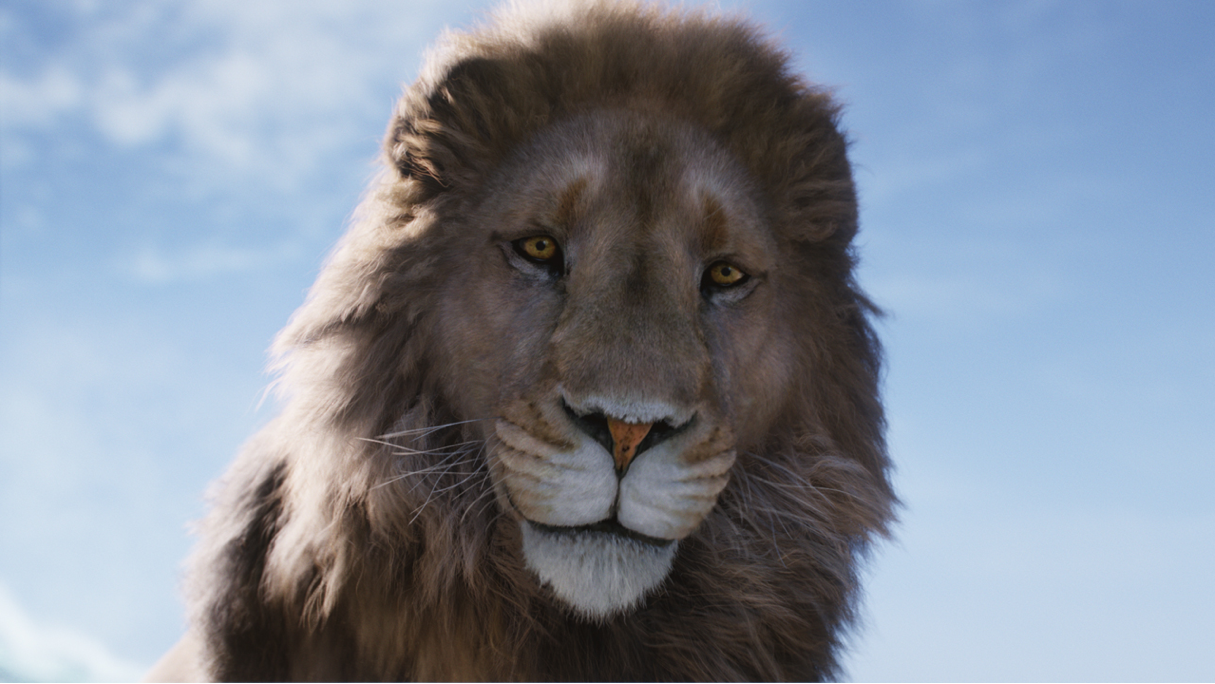 On top of this, the 170-strong Framestore team also worked on the one-legged, giant-footed dwarf characters, the Dufflepuds, and vfx-heavy sequences including a standing wave and bringing a picture of a seascape to life. 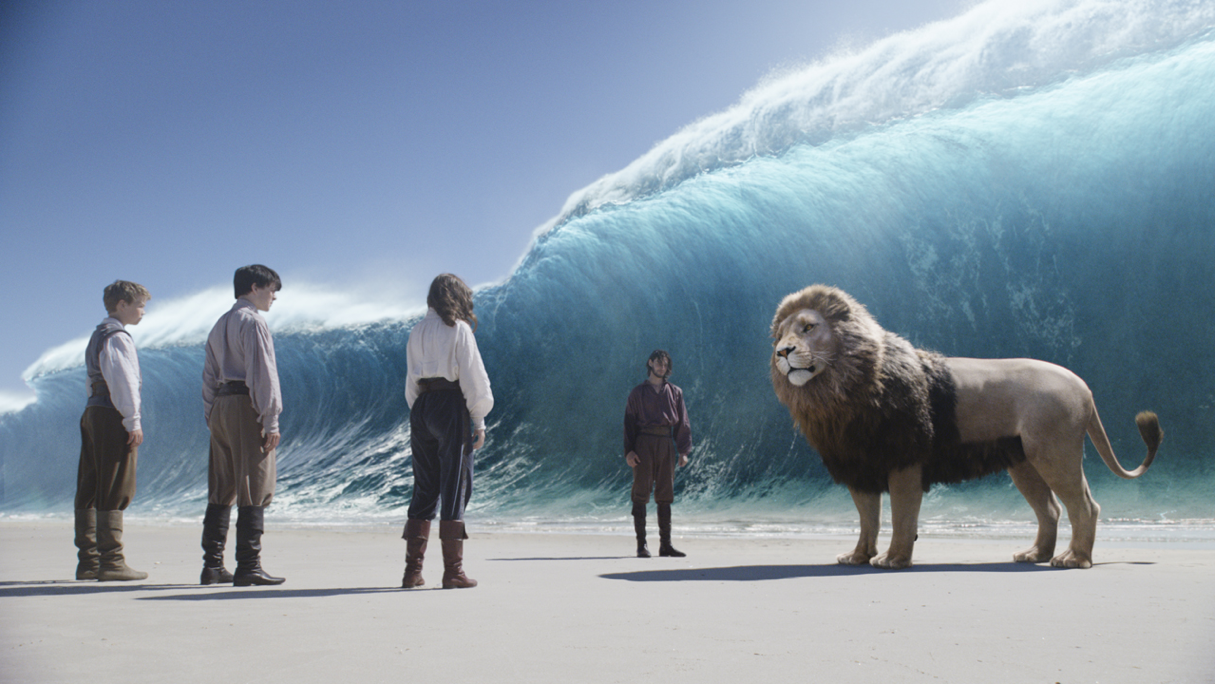 The Framestore team, led by vfx supervisor Jonathan Fawkner (who also attended the shoot) worked on the rigging of Aslan to “bring it in line with Framestore’s centralised rigging tools”.

“We had shots where Aslan was walking and you saw his full body. The old rig didn’t allow the legs to be stretched far enough to make the gait look realistic,” says head of rigging Nico Scapel. “When this issue arose, we were able to iterate a change on the rig and then see a render the next day, which makes a huge difference.”

The animation of Aslan, which was handled by a team of eight at Framestore, had to be done within the constraints of him being a God, so should show “minimal signs of normal animal behaviour.” So, the team implemented “subliminal signs” that the creature lives, such a breath cycles, blinks, nostril flare, a slight shift in weight, a swish of the tail, and so on.

For the seascape picture sequence, where a picture of a seascape comes alive and waves start to roll and churn before water engulfs the room, Framestore combined a wet and dry set of the attic room with the picture hanging. The actors did their parts in the dry set, while a set of the same room was descended into a water tank to create the effect of the water rising as it enters the room.

Next, Framestore augmented water filmed gushing out of the painting on set, as there was a limit to how much could realistically be pumped into the set. To create the desired effect, Framestore used a “moving painting effect, using Corel Painter’s overpainting technique – we’d take moving footage of water and then, on a still frame, we used the impasto-like brush effect to give us something that looked a lot like the source painting but was based on footage of moving waves,” explains lead compositor Jan Adamczyk.

Finally, the Dufflepuds were created by mixing real actors for the top half and cg for the lower bodies, skin and cloth. Over 250 performances of the actors bouncing around and acting were filmed on blue screen, which were then scaled down to dwarfish size, tracked and given an animated leg and composited into the scene.

The Senate VFX
The Senate VFX produced the next largest amount of vfx work, completing 250 vfx shots for an opening sequence of King’s College, Cambridge as well as the creation of the star Liliandil, which takes on a human form.

The 3d model was then rigged and animated using Maya, to match Swinton’s live performance. Cinesite then added cg hair and a shroud of upper body mist to enhance the effect of her being a mythical, floating creature.

Cinesite also created green mist tendrils, which take on the form of the greatest fears of the crew of the Dawn Treader. Other Cinesite vfx included creating set extensions of The Goldwater Island sequence, and extending the bejewelled valley.

The Mill
The Mill’s work focused on the Naiad water nymphs and their movement through the sea and around the Dawn Treader ship. The company spent six months on research and development and concept work to achieve the desired look for the characters. 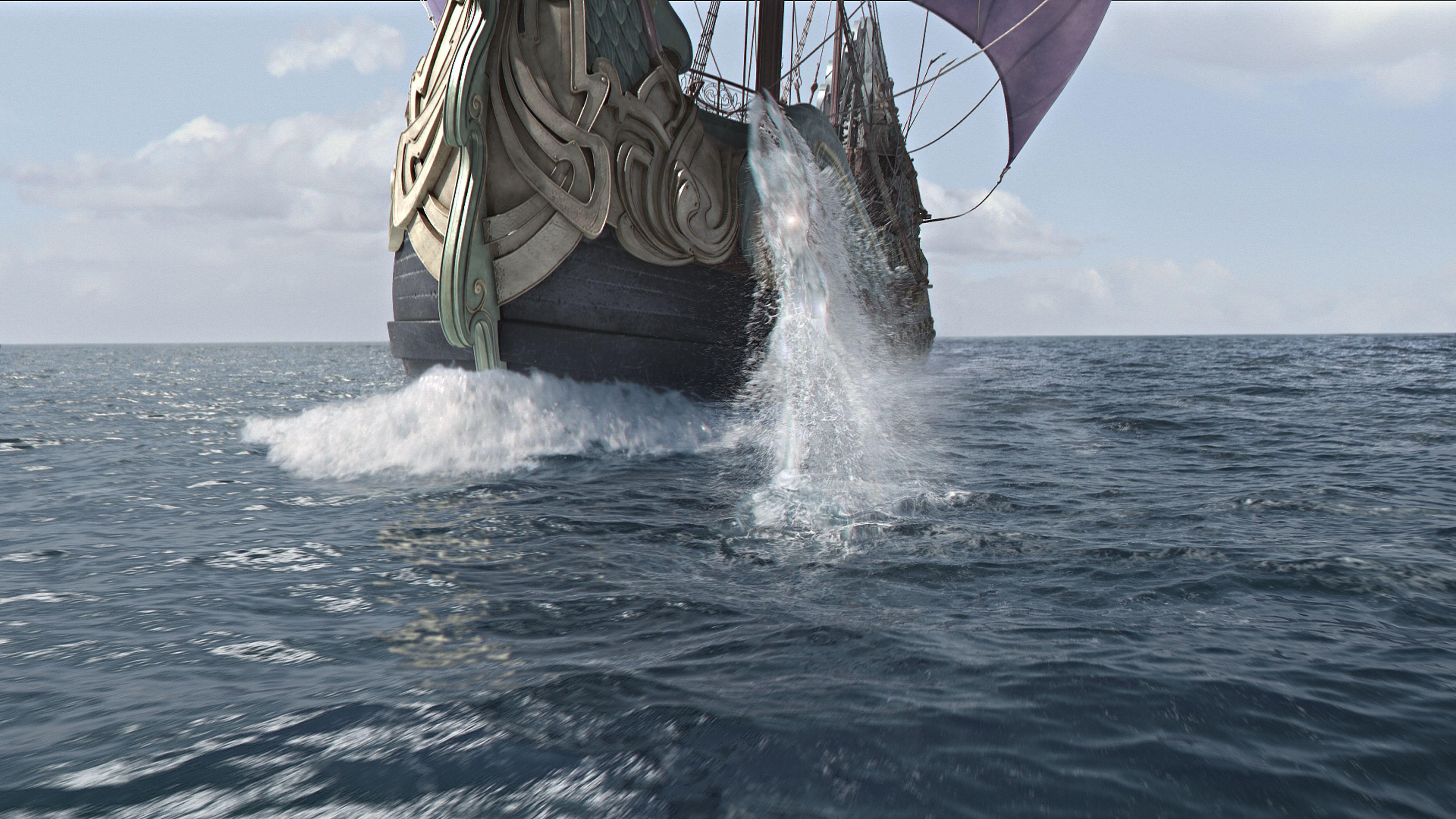 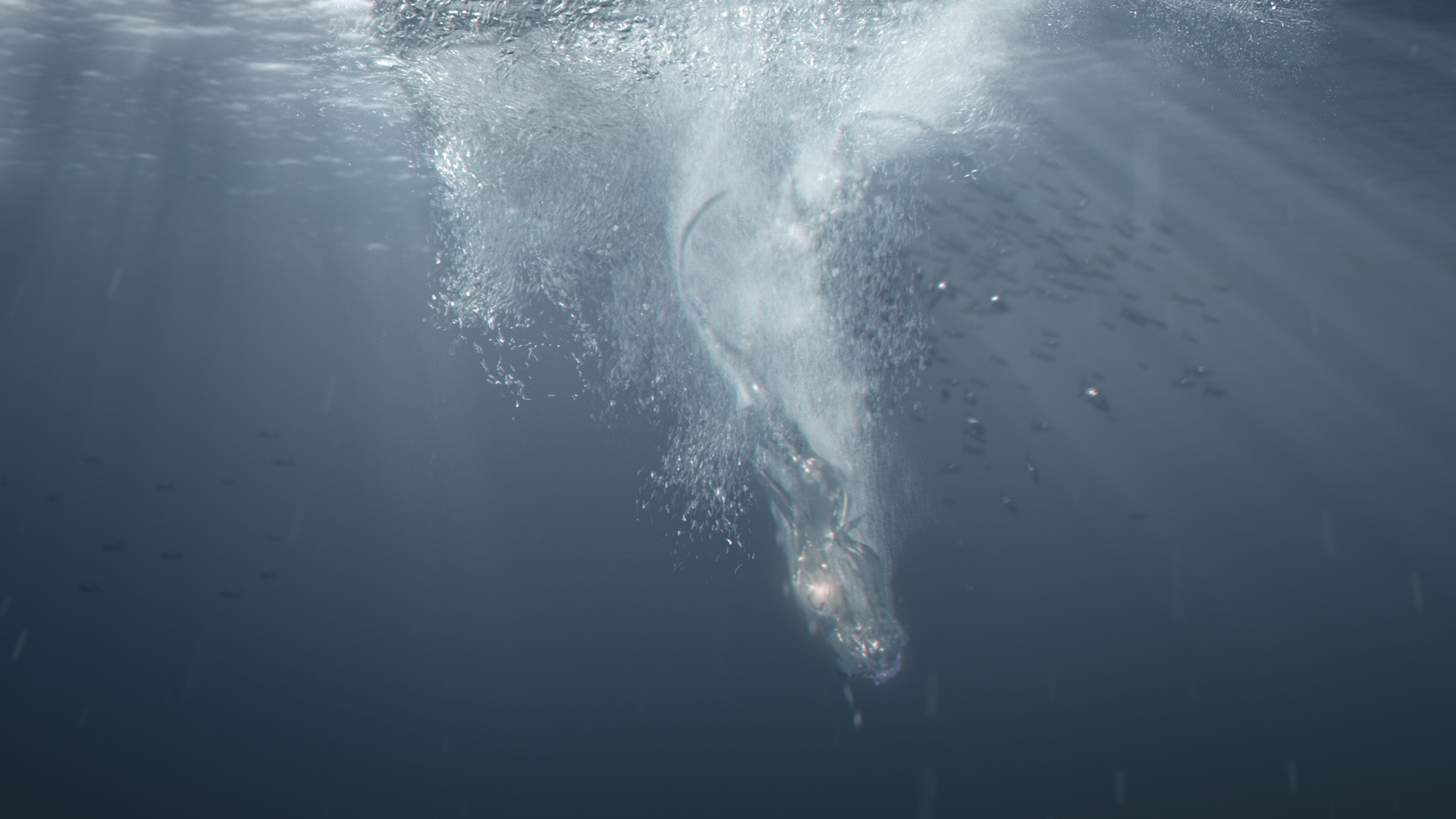 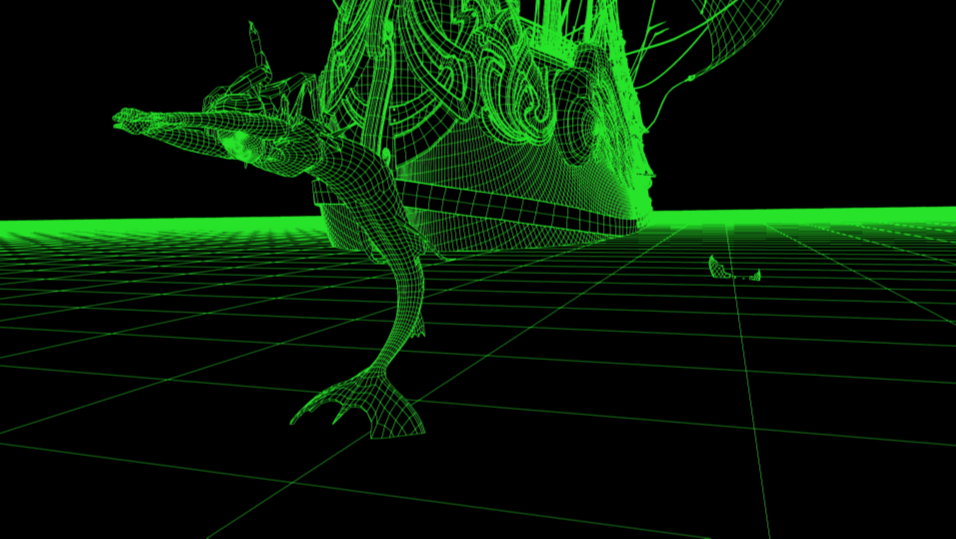 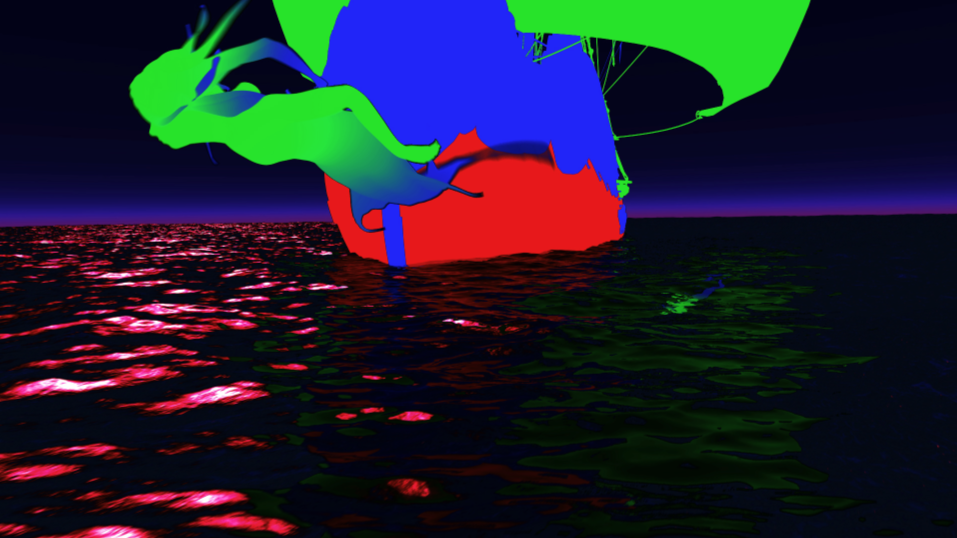 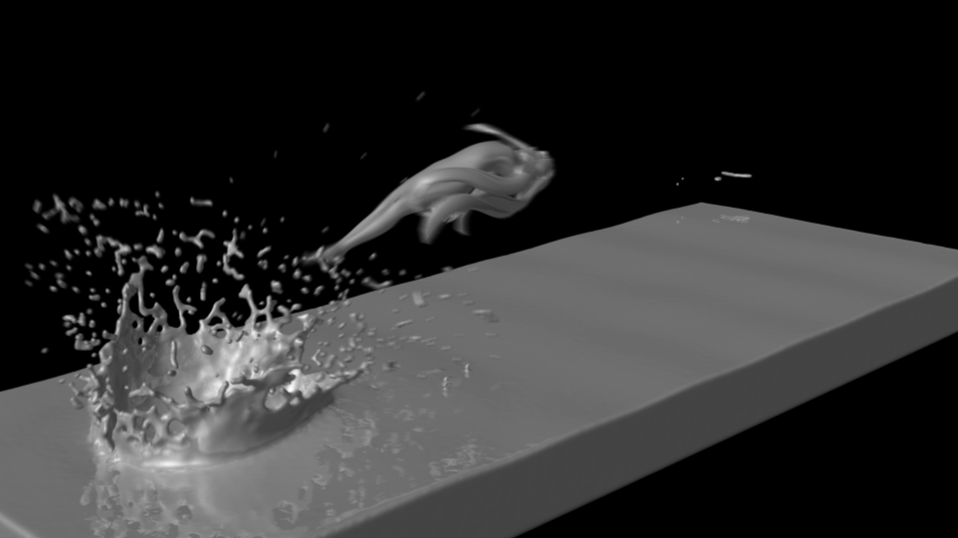 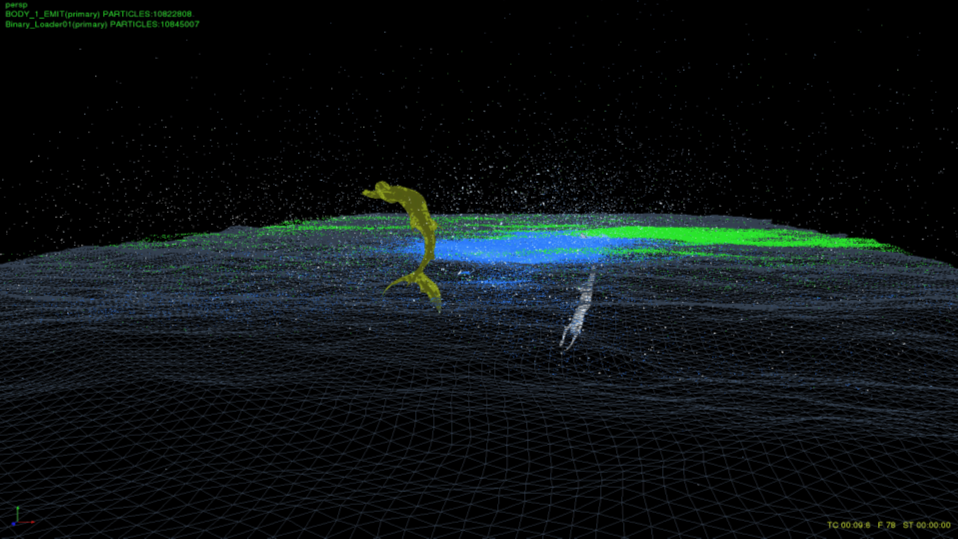 Prime Focus
Prime Focus completed the film’s full stereoscopic 3d conversion. It converted 1,500 shots into stereoscopic 3d for the 115-minute movie. The globally focused post facility spent 24 hours a day across three different time zones working on the conversion process. In total, it delivered 600 shots from London, 550 from Los Angeles and 350 from Mumbai.