Documentary in the UK is nothing if not dynamic. ITV is recharging its factual output under new head of fact ent Sue Murphy; the BBC has pledged to give BBC2 new factual confidence; Channel 4 is shaking up its big rig series; and Channel 5 is staking a claim to the centre ground.

Brexit, despite being unpopular with producers, is making UK indies more alluring to the US market and has also opened eyes to new subject areas for documentary.

Nick Mirsky, head of documentary at Channel 4 confirms that it’s looking for new ideas to refresh its blockbusters at 9pm.

“We’re definitely on the look out for new spaces that will refresh our scalable output,” he says. It seems likely that One Born will find itself in the sidings, with Educating “going fallow for this year and having a rethink,” according to Mirsky. First Dates, Police Custody and 999 are still on an upward curve, while A+E remains at the centre. Mirsky believes that the rig has allowed C4 to tackle new spaces at 8pm with a documentary approach, using the more detached eye of the rig on heretofore sentimental subject areas, citing The Secret Life of the Zoo and The Secret Life of 4, 5, 6 Year Olds.

“There’s definitely an appetite at Channel 4 for pilots and potentially returning series,” says Jonathan Hewes, ceo at Mentorn Media. But what are the chances of trusting a small indie with one of the new whoppers? Not enormous, says Mirsky, but the channel is working with one smaller indie on an idea that could be supercharged.

Pact census statistics show how Channel 5 has outstripped other channels in its use of smaller indies with a turnover of under £5m. The BBC has done its own maths and says that over half of all series and returning series in factual are made by indies with a turnover of £5m or less, while Channel 4 says that it’s always in conversation with smaller indies.

Channel 5 is keen to overcome remaining concerns about reputation and lower tariffs and to appeal to smaller, as well as larger indies. “As the channel grows and develops it’s important for us to be courting the best and most creative producers,” says Channel 5 factual commissioning editor Guy Davies. Brinkworth Films is behind hit show Can’t Pay We’ll Take it Away (below), while another example is Paul Blake at Maroon Productions, the makers of ground-breaking obdoc Inside the Gang. 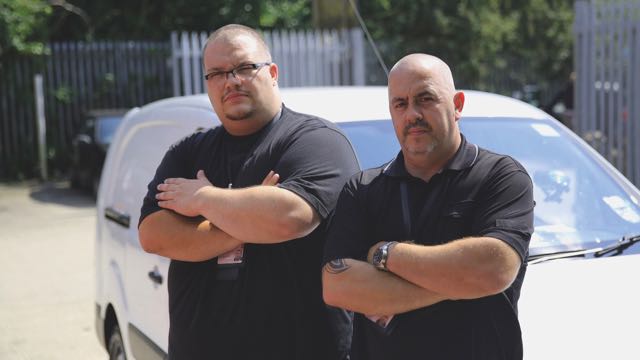 Although Channel 5 still has its dissenters that think the programming is derivative, others compare its factual output to ITV 10 or 15 years ago.

True, it has picked up BBC shows – The Tube and Traffic Cops have both been given a Channel 5 make-over. But Davies dismisses these as one-offs: “It’s not a policy to go and look for ideas that have already been made.” He points to the channel’s success with obdocs on GPs and vets and its I’m an Alcoholic, My Name Is series, which is morphing into new commission, Me and My… “straight down-the-lens testimony which is both raw, emotional and gripping.”

Channel 5 also has three new doc formats lined up: Rich House Poor House involving a lifestyle swap to shed light on class and the social divide; The New Wife, looking at fractured families; and Stripped and Stranded, an island survival show for the family.

“A lot of channels are looking for factual formats,” says Kate Beal, ceo at Woodcut Media. “The holy grail is smaller social experiments like Faking It.”

“The audience is desperate for people to present things differently,” says Simon Dickson, a year into setting up his new ITV Studios-owned indie Label 1, together with Lorraine Charker-Phillips. “What I’m hoping with this current crop of commissioners, is that they’re going to go for ideas that try different ways of telling stories.”

At ITV, controller of factual Jo Clinton-Davis has said that the channel is after “mad, bad ideas.” It’s ditching its arts strand Perspectives and one of Sue Murphy’s first big factual commissions in the newly created role of head of fact ent is Undercover Prisoner by ITV Studios, with rumours that it has shades of A+E Networks’ hit series Jail: 60 Days In.

Over at Channel 4, documentary commissioner Alisa Pomeroy has commissioned a live event demonstrating the effect of cochlea implants. It also has hybrid comedy and drama docs, such as Barry Humphries’ Granny’s Guide to the Modern World and drama doc The Watchman from director David Nath. 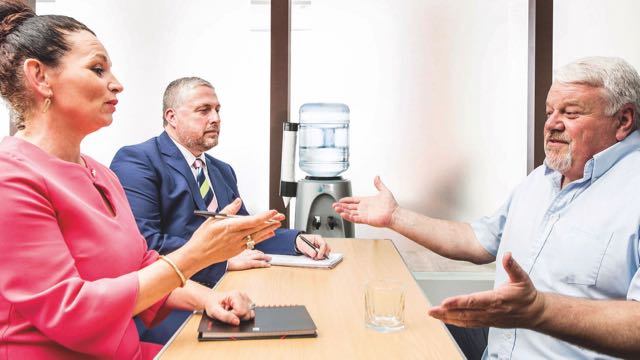 New Channel 4 format The Job Interview (above) has been one of Label 1’s first commissions: the show uses a real-life recruitment agency and films authentic job interviews using fixed rig, a la First Dates. Label 1 is also in production on a major BBC2 commission about the NHS, not using a rig. “They were slow to get into the rig and I still don’t think they’ve approached it with sufficient conviction,” says Dickson.

At the BBC Clare Sillery has recently taken over as acting head of documentary commissioning. Where Mirsky at C4 talks about how the rig “drops you in the middle of an experience,” Sillery describes big BBC doc commissions as having a 360 degree treatment.

One upcoming BBC obdoc, made by Dragonfly, follows the London Ambulance Service and involves a rig in ambulances, together with filming in the central control room that filters 999 calls. Another is about missing persons, from Blast TV. “It’s a 360 approach, with the family of the missing as well as the police looking for them,” says Sillery. “It holds up a real mirror to life in Britain –  teenage runaways, debt, addiction, alzheimers.”

Documentaries on BBC2 should be considered through the BBC2 “prism of a broad topic with a singular voice,” says Sillery, whether that voice comes through the director or the approach to the subject. James Bluemel’s Exodus fits into this definition, as does The Real Marigold Hotel.

Coming up on BBC2, another series with a 360 perspective, from Minnow, shows the justice system in Jacksonville California – in the prison, the courtroom and with the detectives out on the street. Director Richard Mather was behind two-part obdoc British Vogue (below). 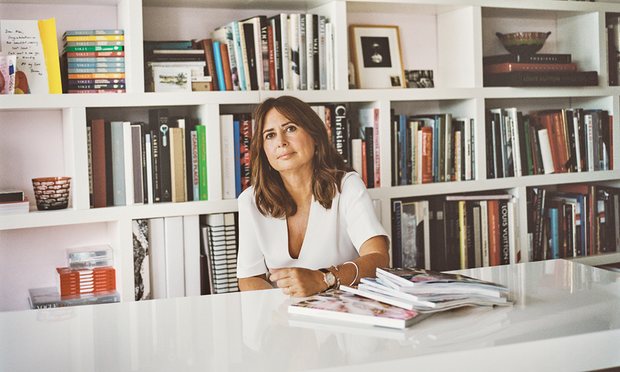 The BBC is putting an increased emphasis on authorship with films from experienced directors, such as Anna Hall’s Behind Closed Doors and Brian Woods’ My Parents’ in Prison (working title) for BBC1 to new director Philip Wood’s Chasing Dad: A Lifelong Addiction for BBC3.

At Channel 4, Alisa Pomeroy has been commissioning Cutting Edge singles and will soon have enough for a run. While the BBC is launching its New Directors scheme, with slots for two films on BBC1 and four on BBC3.

BBC3, Sillery insists, is still true to its reputation as “a creative hothouse for documentary.” Despite a big slim down in budget for factual, there’s still Reggie Yates, Stacey Dooley, Professor Green and increased demand for short form to play online. Marcus Plowright (Muslim Drag Queens) is making his first series for BBC3 and Top Hat is producing three-parter Love and Hate Crime, filmed in the US. Audiences, especially younger audiences, are happy to see issues played out in the US, but Sillery does say that attention has now switched to commissioning more UK-based shows.

Of course, there’s still plenty of opportunity for UK producers to make documentaries for US broadcasters. “We think it’s a very substantial market, at least ten times the size of the UK, in terms of numbers of channels, volume and spend,” says Chris Shaw, editorial director at ITN Productions, which is behind Discovery ID show Killer Instinct. “You look at some of the smaller US cables and they often commission at tariffs bigger than our broadcasters and will commission 10 or 13 if they work,” says Hewes at Mentorn. “There are fantastic opportunities, but there’s a lot of competition.”

With the pound’s plummet after the Brexit vote, Shaw and Hewes agree that there’s an advantage. “British companies can be both better and cheaper and, post Brexit, we’re cheaper than an already cheap production model,” says Hewes.

The US market includes the likes of Netflix and Amazon, leading the SVOD charge and offering hope to producers that they might commission factual on a more regular basis than the current big tent-pole productions, such as Lightbox new hostage-taking series Captive for Netflix. At the same time, other online commissioners, such as Red Bull, The Guardian and BBC3, are ordering short-form content that can play on mobile.

Whatever the broadcaster or the format, producers are reporting a rise in demand for uplifting content. Channel 5 is describing a more “aspirational” tone to its future documentary, a move away from more dark subject matter. “It’s not about being glib or overly positive, it’s about saying what are the things we can do and do in an appealing way,” says Davies.

“There’s a general clarion call for more enlivening and positive content, particularly humour,” says Shaw at ITN Productions. “Humour is a much under-rated element of factual production.” He has just finished a third documentary on Donald Trump. “One of the reasons Trump works so well is that there’s a certain comedy element. It’s deadly serious, but he’s also a comical personality.”

The Televisual Factual Festival takes place  on the 9th and 10th of November at Bafta.  Go to televisual.com/festival for details