Clerkenwell Films The End of the F***ing World (TEOTFW) for Channel 4 and Netflix has garnered considerable critical acclaim with ten nominations (including a BAFTA for Best Drama Series and an Emmy) and four wins (including a Peabody for Entertainment). Season 2 followed in November 2019. Both seasons are based on the award-winning gothic comic book series by Charles Forsman and retain a distinctive graphic art super-real look and feel across both seasons. 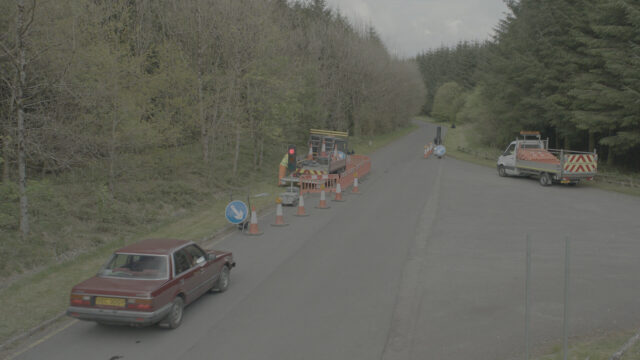 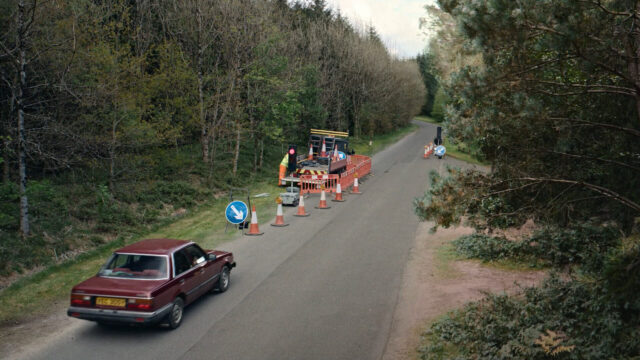 THE WORK YOU DON’T SEE

Clerkenwell Films had no hesitation in working with JAMVFX for Season 2. Clerkenwell’s Executive Producer Andy Baker comments, “We really enjoyed working with JAM for the first series. They were in tune with our distinct aesthetic and were the natural choice for Series 2.”

Watching TEOTFW you might be wondering what VFX, if any, had been employed? The perfectly blended invisible VFX add detail, texture and layers to the production like adding splattered blood, believable gunshot wounds, gore and gun flashes. VFX were also used to augment the heightened TEOTFW reality by removing superfluous and distracting artefacts or rebuilding street scenes. And with the Americana feel of the new series, for adding lots and lots of pine trees, right down to building an otherwise unavailable scene from carefully planned plates… with pines… lots of pines.

“THE JAM GUYS WERE ALWAYS THERE WHEN WE NEEDED THEM; ADVISING ON REMOVAL, ADDITIONS AND AUGMENTATION. THEIR INPUT MADE SURE THE VFX POST WORKFLOW RAN WITHOUT A SINGLE HITCH. I FEEL LIKE I SHOULD WRITE THEM A LOVE SONG”

Baker continues, “The first series has an Americana aesthetic within a sparsely populated suburban world where the focus is on our main protagonists and the characters they meet along the way. In Season 2 this translated in to a more ‘Twin Peaks’ atmosphere where we shot in the Forest of Dean and South Wales, again with an Americana sensibility. When shooting in town centres, we were painting out cars and other buildings to maintain this relatable but eerie illusion. Hopefully people don’t notice the VFX.” 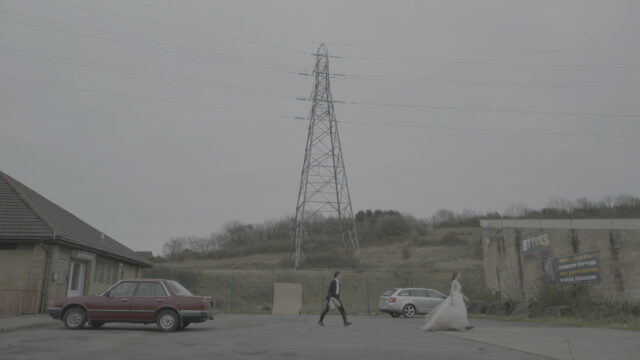 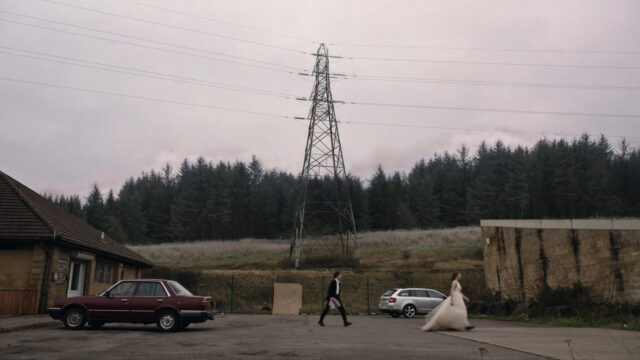 Good ‘invisble’ VFX is a subtle artform defined by the fact you don’t see the work. Season 2 Director Lucy Forbes comments, “Bad VFX can really jolt you out of a story and make you aware of the trickery, but because these guys are on top of their game you don’t even notice its there.”

TEOTFW, Season 1 was JAMVFX’s first foray into longform drama having built an enviable reputation for slick, effective commercials VFX. “Commercials VFX works to finite timelines. The market is unforgiving and demands efficiency alongside creative excellence and customer-centricity,” says JAMVFX’s Founder Jordan Andreopoulos. “Perhaps most importantly, the commercials market moved on from the ‘fix it in post’ mindset years ago and thinks of pre-production, production and post as one seamless joined-up process where the one team works to a shared agenda. The highly responsive and proactive nature of commercials production lends us a critical advantage for longform work where we can apply both our creative skillset and the same extraordinary customer-centricity.” 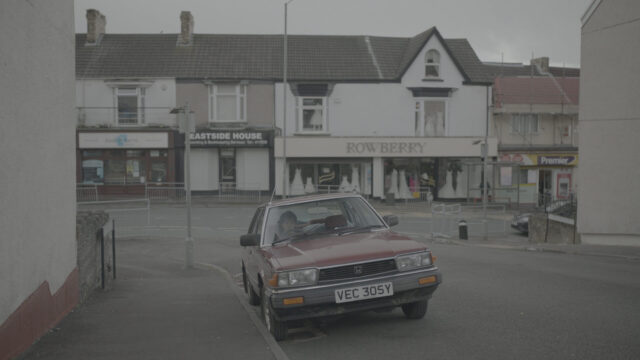 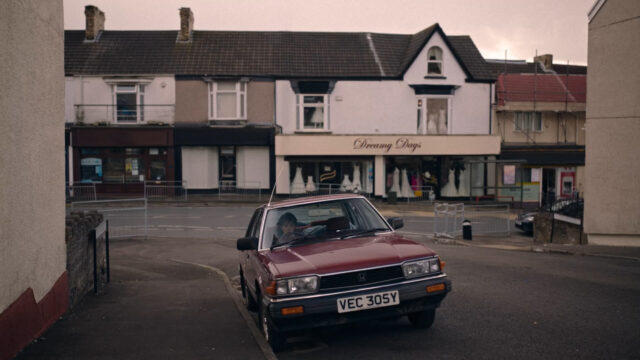 JAMVFX Founder, Mark Robinson adds, “not all shoots run exactly to plan and sometimes you can’t always capture ‘that shot’. This is where VFX can add an additional layer of value and build whole environments that if planned for in pre-production, and even more reactively on-set, can blend perfectly with the live action continuity. When shooting Season 2 we were in daily, sometimes hourly, contact with the production team providing remote supervision – on the phone, through email and even whatsapp – working with them to solve their challenges and ensure that day’s shot list was in the can.” 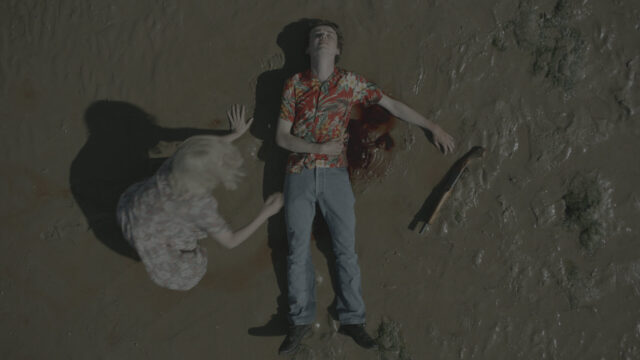 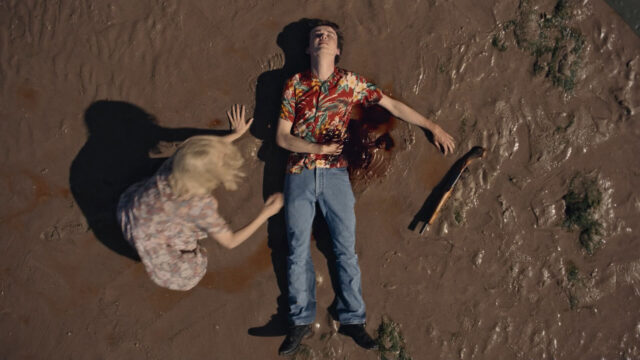 Forbes stresses, “Not every budget can stretch to having an embedded VFX supervisor and for TEOTFW 2 this wasn’t an issue. I had total trust in Evren [Olgun-Knight, JAMVFX Head of Production] from the start to advise me on the best way to approach stuff as we shot. He was my reassuring, ‘everything is going to be ok just make sure you get this’ VFX pal that would tell me what we needed to make it work at a moments notice. The JAM guys were always there when we needed them, advising on removal, additions and augmentation. Their input made sure the VFX post workflow ran without a single hitch. I feel like I should write them a love song.”

Back in post the work in pre-production and remote supervision paid off. One scene (played out in a pharmacy) required some careful planning to ensure continuity where the implications of augmenting or object removal would have a knock-on effect to the next shot. Baker concludes, “JAMVFX were incredibly collaborative and shared detailed budgets ahead of the next round of VFX shots, so we could review mock-ups and prioritise what was affordable. They shared the work at every stage for direct feedback and we were always ahead of the grade and the schedule. There were no continuity issues in the final pass and our extraordinary world felt entirely believable from start to finish.”

What we do We design, craft and deliver high-end Visual Effects