Televisual’s annual top 10 listing of the UK’s most hired cameras is now in its fourteenth year. Jon Creamer counts down the most rented models of the past year

The results of the 14th annual Televisual Camera Hire Top 10 survey seem to show a market that is relatively settled.

The Sony FS7 (and FS7 MkII) along with the Canon C300 MkII still ruled the roost in the general broadcast market last year.

In commercials, the Alexa Mini was still the go-to camera along with the Amira and increasingly the Sony Venice in the drama market.

The next top model

Other newly launched cameras targeted at both the broadcast sector and at HETV are making inroads though.

A high number of hire companies that responded to this year’s survey have either bought, or plan to buy, Sony’s new FX9 with its full frame and auto focus capabilities. While there is much excitement over the camera, many reckon it’ll take time for it to be a direct replacement for the FS7. “The FS7s will continue to strive despite the launch of the FX9,” says Run Hire. Alias Hire too says that although the FX9 will be the new ‘what’s hot’ item, it won’t mean the “Sony FS7 and FS7 MkII hires drop off drastically. The older models will stay strong throughout 2020 due to the hire price difference between these two models and the new FX9. You could be looking at a price difference of about £60-£70 extra per day.”

Hotcam also says that although “the FX9 will undoubtedly be the camera of the year, I don’t expect this to be a quick starter. As with any new camera format, I expect that a couple of productions will ‘dip their toe’ into the FX9 as a trial first before it becomes more widely used. It is too early yet to determine whether it will be a direct FS7 replacement, although in a couple of years I would expect so.”

The Kit Room, though, says that “already the Sony FX9 is having an impact with returning broadcast productions going with the FX9 rather than the FS7 that they have used in previous series. The FX9 takes all the good points of the FS7, like its ergonomics and usability, but has more higher end functions and colour technology borrowed from the Venice.” S+O similarly predicts a “dent in the FS7 popularity as people realise the 6K sensor of the FX9 offers superior picture quality, hybrid auto focus and dual ISO similar to the Venice.” Soho Broadcast also believes the FX9 will be “more popular than the FS7, as clients want better specs for 4K filming.” Pro Motion has already seen a swift uptake in the Sony PXW-FX9 “especially paired with our investment in Sony G Master lenses, shooters are enjoying the face tracking and auto ND in fast paced environments. Whilst it doesn’t replace the PXW-FS7 for most, it allows a step up in production values without stretching the budgets too far.”

The FX9 is not the only new camera targeting the broadcast sector. Canon’s new C500 MkII is also in the game. VMI reckons that “the unexpected camera of 2020 will become the Canon C500 Mk II. We have already bought four and are expecting a lot of demand.” Hotcam also describes it as “an obvious competitor, although I suspect this will be overshadowed by the FX9 because of usability and price.”

New Day predicts both the FX9 and the C500 MKII to increase in popularity “we expect to see a shift to full frame cameras and the auto focus on both of these models is amazing! We expect both of these cameras to be extremely popular, with brand loyalty probably winning the day for users.”

At the high end, both the Sony Venice and the new Alexa Mini LF are the new games in town.  ”The Alexa Mini has ruled the roost in for us in the TV drama market in 2019,” says Pro Vision. “However the Sony Venice is certainly hot on its heels! For 2020 we’re expecting the Venice to potentially eclipse the Mini, however as in 2019 with the emergence of the Venice, the Alexa Mini LF is growing in popularity.”

Shift 4 also senses a change at the high end: “the Alexa Mini and Amira are the most popular cameras because everyone is so used to shooting on them.  The big camera that has edged into that sector is the Sony Venice.”

And that’s because “full frame and anamorphic formats are becoming more popular across the board, although still an expensive option, these high-end cameras are so versatile now and offer so many combinations; with the sheer number of codecs, aspect ratios and recording formats,” says Pro Vision.

Procam too says it expects “to see a lot of productions turn towards large format in the next year, and as a result see an increase in requests for the Sony Venice and ARRI Alexa Mini LF for commercial work, large scale live events and music promos, whereas we will see lower budget productions who would ordinarily have shot on the FS7 turn towards the FX9. We imagine that there will also be a demand for the FX9 with high-end productions, using the Sony Venice as an A camera and Sony FX9 as a B camera.”

At the beginning of the year, Televisual sent survey forms to a wide range of camera hire companies, both large and small. Each was asked to list their five most rented cameras of 2018, along with the percentage of hires each model received. An overall ranking of the UK’s most rented models was then created by multiplying the average percentage usage of each model by how many hire companies listed it in their top five. 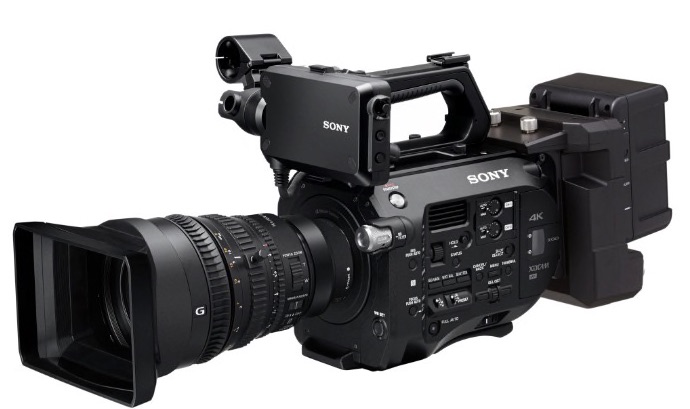 It’s now the fourth year in a row that industry workhorse the Sony PMW FS7 has made it to the top of our most hired cameras list.

Alias Hire describes it as “our biggest rental camera in 2019 with over 50% of all camera hires being down to that model alone.” And that doesn’t seem likely to change any time soon. “It’s been our most popular camera for a few years now and I expect it and the FS7 MkII to remain a popular choice this year as it’s perfect for a wide range of productions.”

The Kit Room says that “the broadcast market was still heavily dominated by the FS7, with the majority of broadcast series going for the trusted and well known FS7 again.” And S+O says it’s been “another year where most TV Ent and Fact Entertainment shows have been filmed using Sony’s FS7.”

Hotcam similarly says that its “FS7s are very much ruling the roost. People are really enjoying the glossy cinematic look.”

And it’s partly the camera’s ability to work at the high end as well as for general broadcast work that has ensured its enduring popularity. “We’ve just shot a new [Netflix] cinema documentary on the FS7,” says 400 Shoot. “It’s a very hard camera to beat on price and quality, with good lenses it quickly becomes a very powerful cinematic tool. When you see the pictures from it on a giant cinema screen with a very light grade, it’s in fact a stunning piece of kit for the price point”

And that’s despite its newer sibling, the FS7 MkII, coming into vogue. “We have seen an increase in clients choosing the FS7 MkII over the FS7 MkI, but both cameras are still top of the list for productions that want a filmic look on a budget,” says Procam. “With a significant number of DOPs choosing to use these with an E-PL adaptor and cinema glass.” And many clients now use both the MkI and MkII “in tandem” says Run Hire “and for us many clients are not always worried which version of camera it is.” 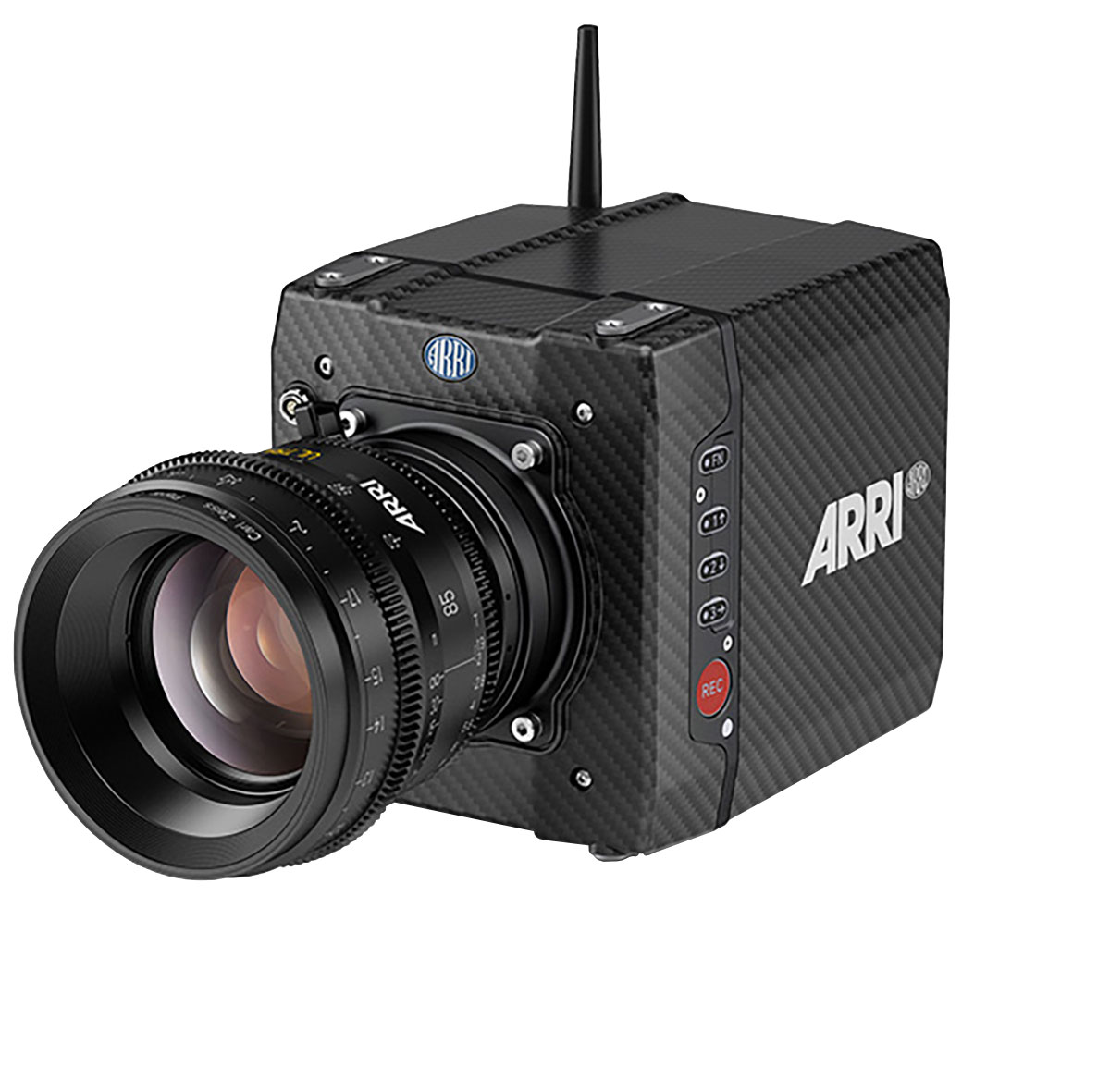 It’s another year in the second spot for the Arri Alexa Mini as it remains a mainstay for the commercials and the high end market.

VMI says it expects the Mini “to continue its dominance in the UK production industry as it continues to be the go-to camera for the majority of dramas and commercials.” Bluefin too describes it as the “go-to camera for commercials and higher end.” Arri has now brought out its LF version of the Mini and that is starting to gain traction. “Commercials and branded content are fairly exclusive to Alexa Mini, however, as of the end of 2019 the arrival of the Alexa Mini LF with its improved colour science and large format depth of field gave DoPs a new camera to upgrade too,” says S+O. Procam also says that it is “slowly starting to see a shift towards the large format version of the camera for high-end TV productions, commercials and pop promos.” with Video Europe reporting that its Mini LFs are “flat out and we’re only in February.” 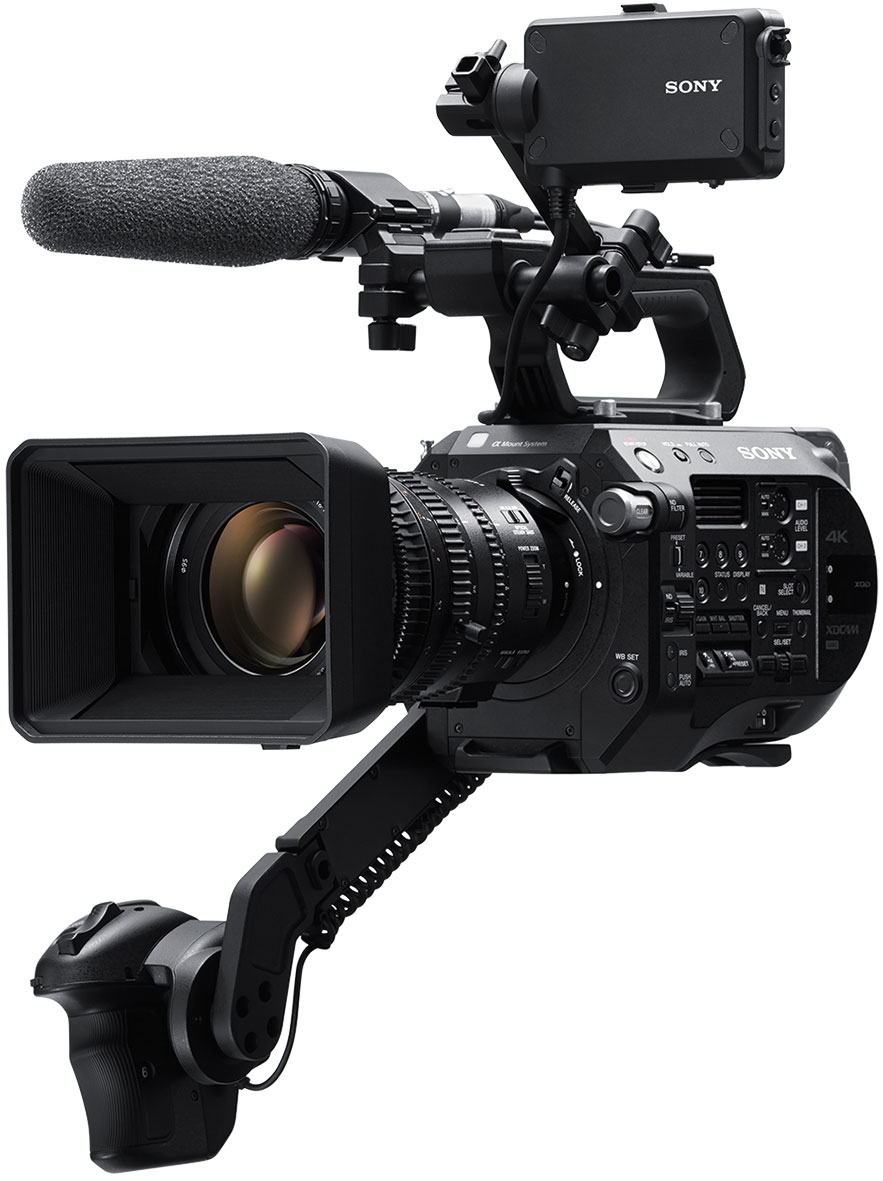 It’s third position in the survey once again for the FS7 MkII that Sony launched back in 2016.

The Kit Room says that “across 2019 the FS7 MkII finally started to make some inroads on the original FS7 model.” Pro Vision describes the camera as “a rental fleet must, filling a multitude of roles within the factual, documentary and entertainment markets.” It has helpfully dropped in price since its introduction and “on top of its affordability it’s also very versatile, as it can take almost any lens because of its E-mount, the fact that it has the same sensor as the F5 and useful features like being able to load user LUTs means it caters from low to mid budget, from self-shooters to being a budget choice for DoPs,” says Shift4. 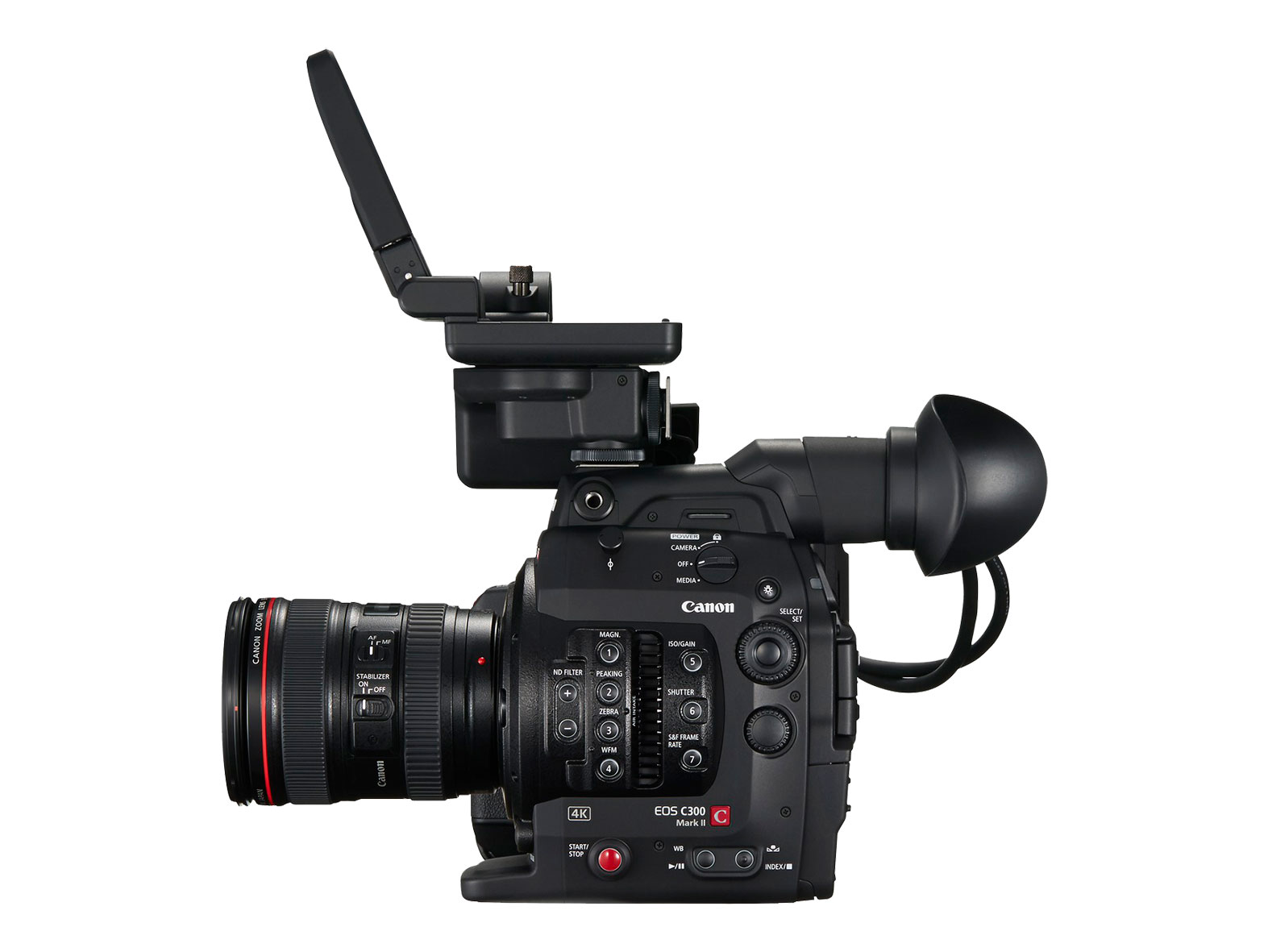 Old stalwart the Canon C300 MkII goes up from fifth to fourth most hired camera this year. The camera is familiar, reliable, relatively cheap and, says Alias Hire, “could claw back some of the market share. We have seen the C300 MkII be the popular choice for productions with multiple shoots having two or more cameras for their shows. A strong choice for productions with a longer shooting schedule.” Pro Motion says that due to “a raft of immersive multicamera docs across the terrestrial channels” the MkII [and the FS7] “remain the go-to for self-shooters and location multicamera.” Run Hire reports that even its C300 MkI cameras “are still doing the rounds on much of the lower end of HD TV output and because they are so reliable, easy to use and still produce great HD footage, I don’t think they will be off the menu for many years to come.” 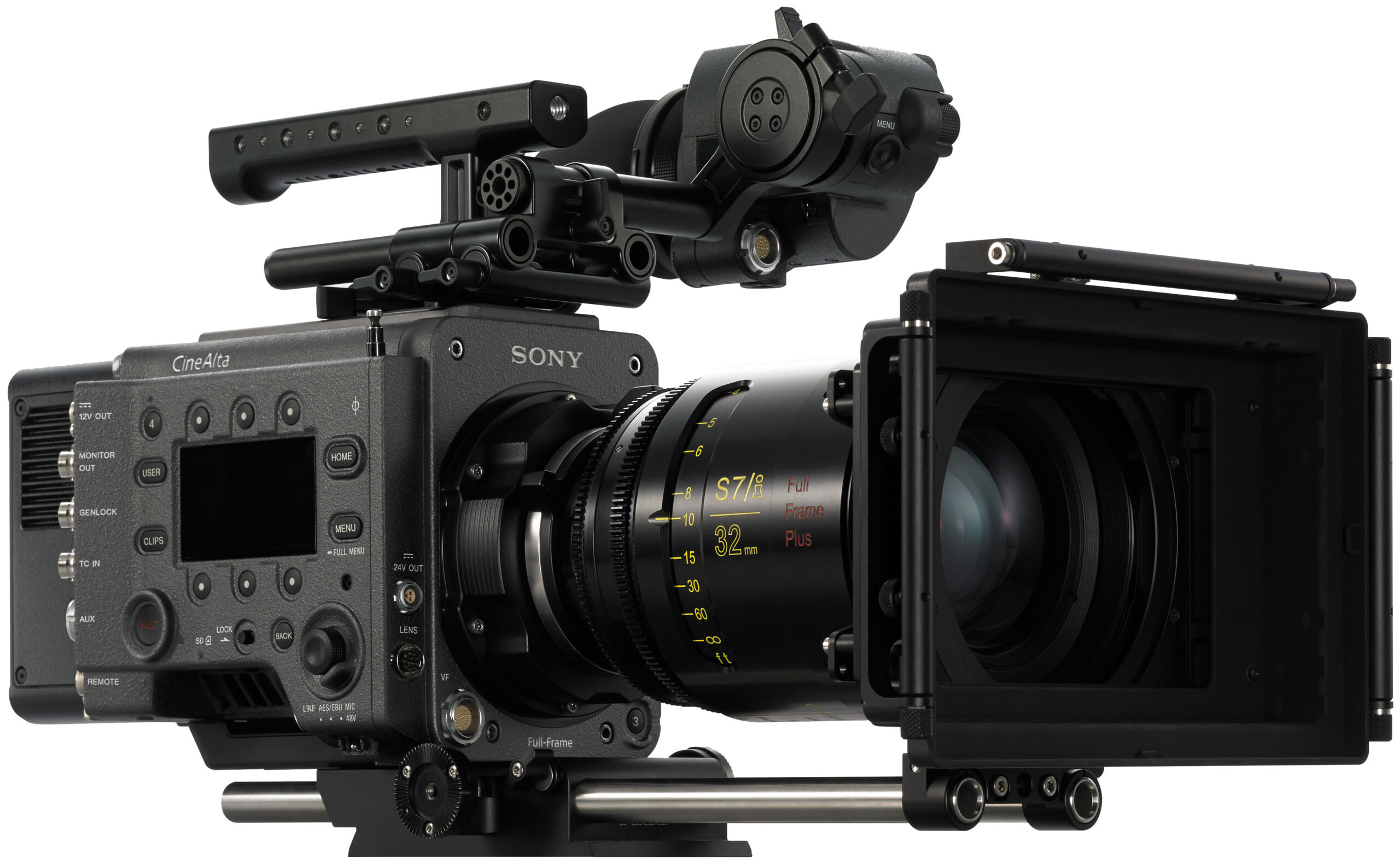 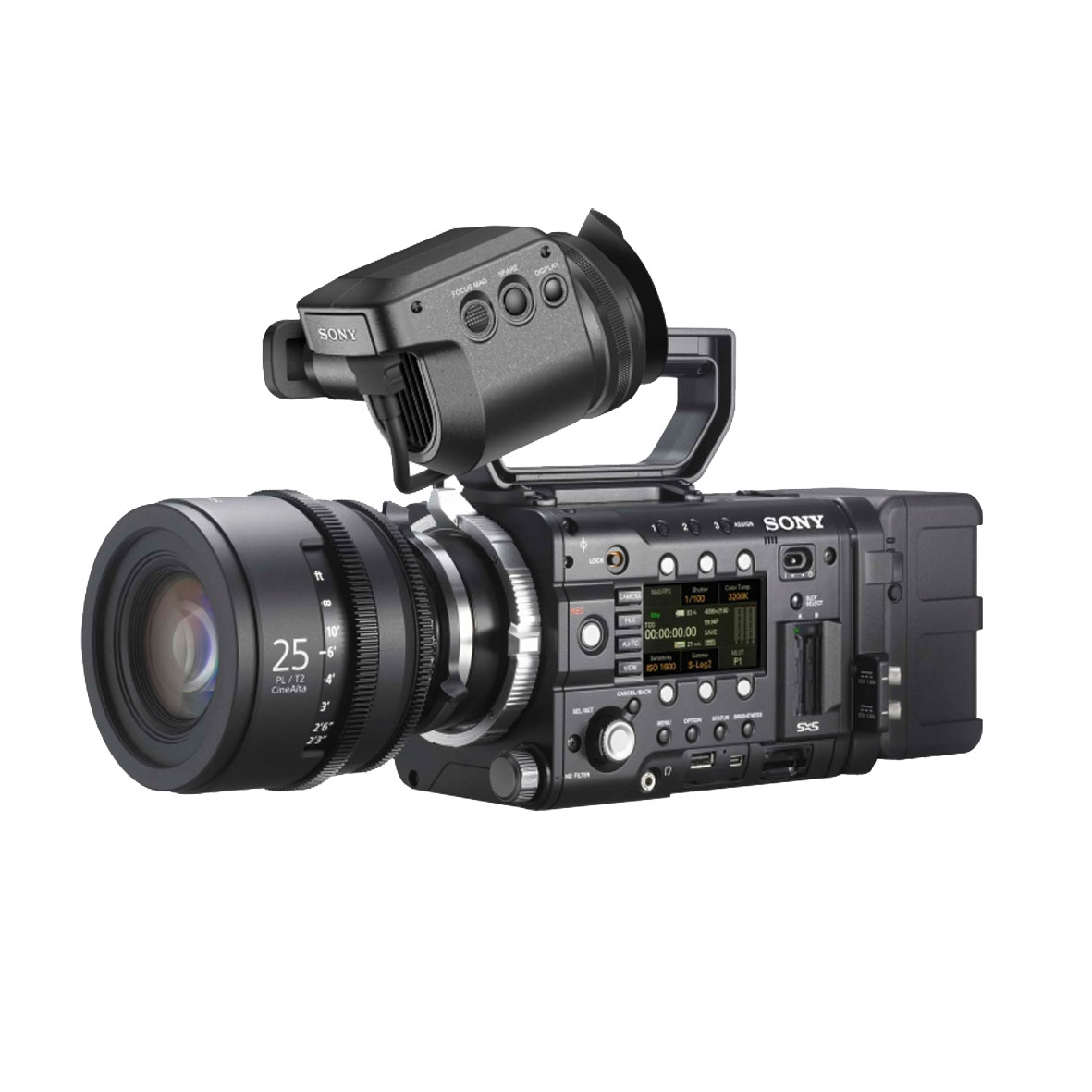 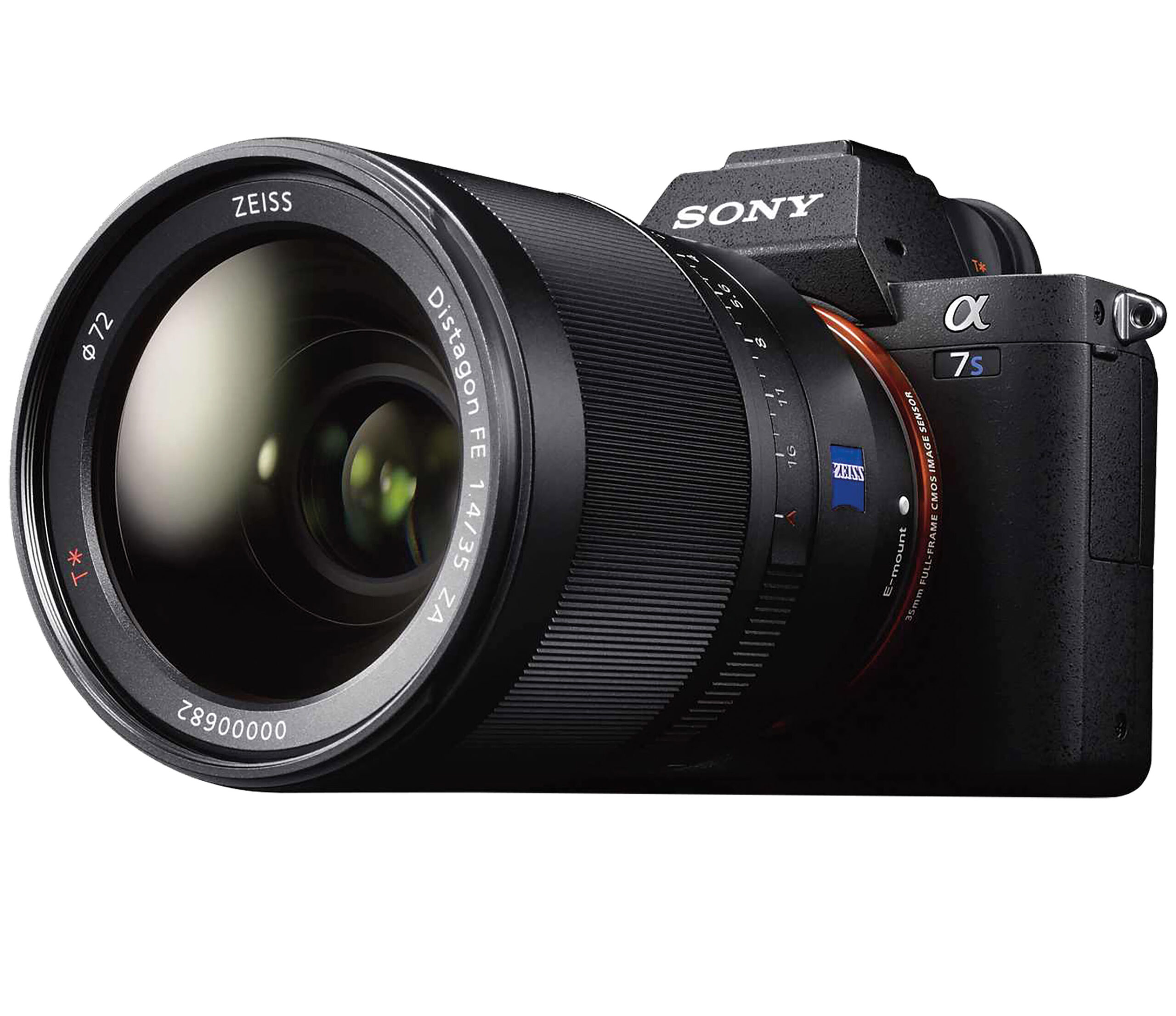 Hired for Rise of the Machines, Europe From Above, The Curious Life and Death of… (The Kit Room); broadcast (Shift4); Freelancers, ad agencies (Soho Broadcast) 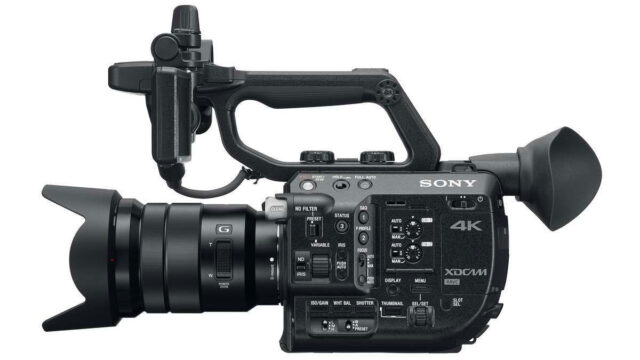 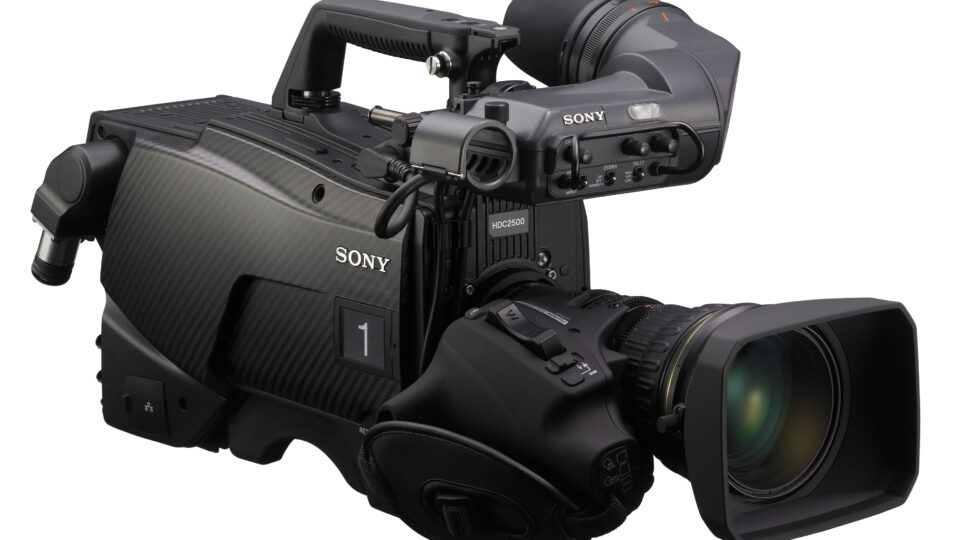 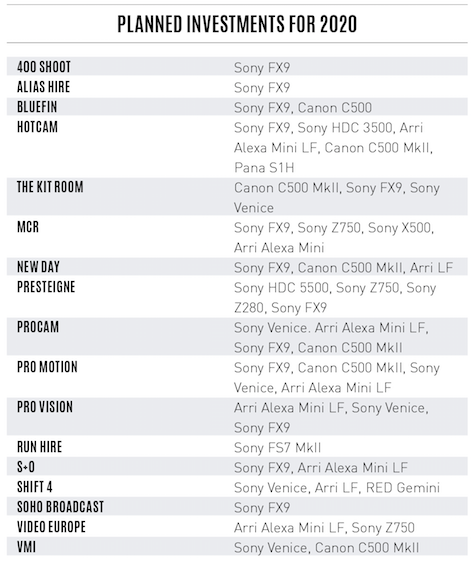 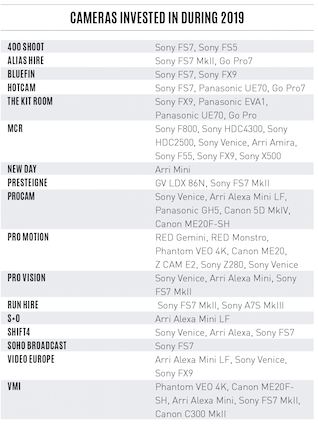 Back in August last year, we published this short film and PDF guide with Sony exploring how tried and tested technology can help support social distancing on-set: talent from operator, operator from operator and production crew from >>>

Sponsored by Colorfront You Say You Want A Revolution? This year has seen accelerated change in cloud-based workflows from many vendors. Most have at best replicated current applications and often with additional bottlenecks and limitations. Not so >>>

Truth Seekers is a new Amazon Originals comedy eight-part comedy series. Lead actor Nick Frost plays Gus who works as an engineer for an internet provider with a side-line as an enthusiastic part-time paranormal investigator. With new >>>
Prev Post
Next Post
This website uses cookies to improve your experience. We'll assume you're ok with this. I've read this
Privacy & Cookies Policy