Are single docs having a mini-revival? At first glance, it seems they might. BBC2 is bringing back single documentary strand Modern Times strand this month, with a short run of four films including Sue Bourne’s The Vikings Are Coming (pictured above).

BBC1 won also plaudits for playing powerful single doc Baby P: The Untold Story in primetime. ITV has just devoted an hour of primetime – uninterrupted by ads – to Tsunami: Survivors’ Stories. C4 has enjoyed strong coverage for singles, notably controversial titles The Paedophile Hunter, The Paedophile Next Door (pictured below) and Meet the Police Commissioner. C4 recently unveiled a slate of new singles to play out at 10pm, including Sex Party Secrets  from James Newton at Minnow Films and The Escorts from Amos Pictures’ Dan Reed. 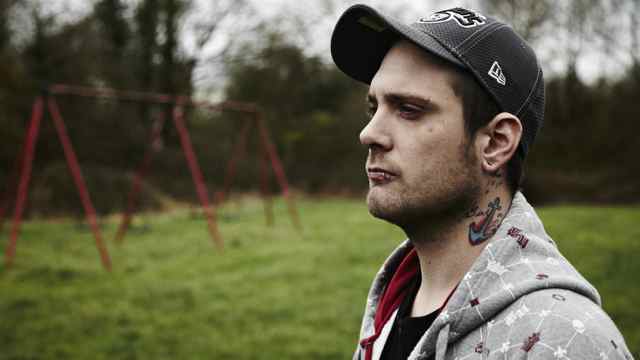 Single docs certainly seem to be creating more noise in the schedules. While they might not always be ratings winners, they can provide a reputational boost to broadcasters. “They can punch above their weight,” says C4 head of docs Nick Mirsky.

“The single documentary is extremely important in the mix,” adds acting BBC head of docs Maxine Watson. “It’s the way in which we get to tell a variety of pertinent stories… When we get it right, they can be as impactful as a drama in terms of audience.”

And it seems there is untapped demand for the thought provoking, challenging material offered by such docs. Research by Ofcom suggests viewers want to see more original content. ”There appears to be an emerging concern among audiences about the levels of original and innovative content being produced relative to more tried and tested programmes and formats,” the regulator said in its recent PSB review.

But it is no easy task for broadcasters to attract viewers to single docs in the competitive digital world. Audiences might say they want more original single docs, but when faced with a choice between the unfamiliar and a recognisable format or series, they will often opt for the easy option.

For this reason, doc makers don’t buy into the notion of a single doc revival. “There are lots of single films you’ll never hear of. I wouldn’t take the small number that create a huge impact as necessarily being representative of a revival,” says Colin Barr, creative director of Minnow Films, which has won Baftas for single docs 7/7: One Day in London and The Fallen.

“There’s always been the occasional single film that breaks through, but I do think it is harder and harder for them to do so,” says Magnus Temple, chief exec The Garden, which produces series like 24 Hours and A&E and 24 Hours in Police Custody – as well as singles such as The Merits of Ferrets.

“In the past there were a lot more singles. Now there are far more two and three parters,” adds Sue Bourne, the director of acclaimed singles such as My Street, Mum & Me and Fabulous Fashionistas.

The problem for producers too is that it is very difficult to make money from single docs, which have budgets of around £150k at the top end. Says Colin Barr, “They make absolutely no money and suck up huge amounts of exec time. It is very difficult to have a business model based on single films.” Series, by comparison, provide far greater revenues and stability.

Sue Bourne says she survives by running “the smallest production company in Britain” – she works from home with no overheads and no staff.

“It’s often completely pointless to do single films,” says Magnus Temple. But, he explains they are vital for the creative culture of The Garden. “If you imagine being an upmarket shop – a cool boutique – and all you sold was one particular product. That would be slightly dull, even if the product were really great.

“We often talk about having a mixed ecology slate, which is really important as company. People that come to work here like to feel that there all sorts of different things going on.”

His point is backed up by Richard McKerrow, creative director of Love Productions, which produces hit series Bake Off and Benefits Street through to upcoming Modern Times single A Big Night For Warwick Davis. “If we gave up the notion of doing single docs, we’d be dead. They are really important for the creative culture of the company.” He points out that they are an excellent way to nurture talent – and can also lead to hugely successful series. He cites My Big Fat Gypsy Wedding, which began as a one off Cutting Edge and went on to spawn a run of hit series.

The documentary sensibility learned on singles, he believes, lies at the heart of British success with constructed docs and features. Bake Off, he adds, was commissioned through the docs department at the BBC – and is ultimately about access to great bakers.

Certainly, broadcasters don’t seem to be hugely upping their number of singles. The BBC’s vaunted return of Modern Times is actually very cautious – there are just four films in the initial run.

Mirsky says that C4 will broadcast around 40-50 singles each year. He acknowledges that the number is not rising or falling year on year. But he does think the channel’s singles are sharper and better defined, helping them to stand out more. It used to be, he says, that directors delivered singles that “felt a bit in the same territory as some of our big series”. But because they didn’t have the rig, longevity of access or scale of production, they could feel blander than the series.

However, shows like The Paedophile Hunter “give you a singular vision of something that is a phenomenon in Britain today.”

Certainly, it’s not all doom and gloom for the single. Bourne thinks the future of the single doc “lies on the shoulders of the very good self-shooters” rather than expensive teams. Younger filmmakers, she adds, are finding other outlets for the films they want to make. So they self fund via Kickstarter campaigns, or look at alternative outlets like Vice, Al Jazeera and YouTube. BBC3 also plans to air more online short form one-offs this year.

“The internet may not provide you with money, but it does get you noticed.” She says her most recent doc Fabulous Fashionistas was uploaded onto YouTube and had a million views, mainly in the US,  before it was taken down. “The film has had a remarkable life after its one 10pm TX on C4 – more widespread than any other film I have done.” Proof indeed that singles can still punch above their weight.

One-slots: where singles can find a broadcast partner
BBC1 plays singles at 10.35pm. Acting head of docs Maxine Watson says it’s a ‘lively space for films that deal with harder edged subjects’, including Bafta winner Between Life and Death. However, producers say singles can struggle to get noticed in such a late slot.

BBC1 will occasionally play reputational singles in the heart of primetime – like Baby P: The Untold Story.

BBC2 brings back single doc strand Modern Times this month, with a run of four films and a further five in the autumn.

BBC2 controller Kim Shillinglaw told the Televisual Factual Festival she would like more singles on the channel, citing the success of Dan Reed’s Terror at the Mall.

BBC3’s future is up in the air as it prepares for an online relaunch in the autumn, although factual is at the heart of its plans. The BBC3 Fresh strand has commissioned six single films a year from up and coming directors.

BBC4 is the home of the acclaimed Storyville. “No turkeys, no worthiness, no dullness,” says the Storyville commissioning brief.

ITV will occasionally open up its schedules to singles, like last month’s Tsunami: Survivors Stories. “If you offer us single films, they have to be singular films. They have to be inherently noisy and somehow talked about,” commissioner Jo Clinton-Davis told the Televisual Factual Festival.

Channel 4 plays most of its single films through three established strands: Cutting Edge – contemporary, newsworthy stories from established directors; True Stories – often stranger than ficition, authored stories from the UK and abroad; and First Cut, for new directors. “A single doc”, says C4 head of docs Nick Mirsky, “will often capture the total 100% all absorbing commitment of the director. It can give space to their creative vision.”

Sky has had success with feature docs on Sky Atlantic, and runs 12 a year. They’re a mixture of commisioned, co-produced and acquired, like Known Unknown and No Good Reason.