Features & Opinion19.01.15
The making of The Eichmann Show

The 1961 trial of Adolf Eichmann – one of the key architects of the Holocaust – was the world’s first global TV event.

A prominent Nazi, Eichmann had been in charge of transporting millions of European Jews to death camps. He fled to Argentina after the War, evading justice until he was abducted by Israeli agents. He was put on trial in Jerusalem, with proceedings filmed for a global audience.

Described as the “trial of the century”, it was filmed live over four months by a crew led by American producer Milton Fruchtman and director Leo Hurwitz. In a hugely complex operation, the footage was then distributed daily to 37 countries, including the US, UK and Germany, where it was broadcast in prime time, often just the day after proceedings.

It was a seminal moment in the world’s understanding of the Holocaust. For many people, it was the first time the horror of the death camps had been heard live, directly from its victims. It’s said that 80% of the German population watched at least one hour a week.

The story behind the filming of the trial is now the subject of a single drama on BBC2, starring Martin Freeman and Anthony LaPaglia. 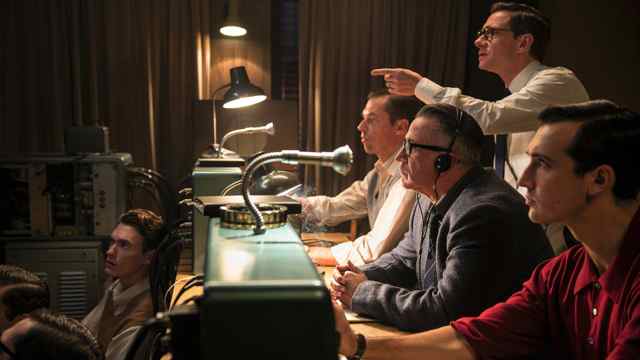 Feelgood Fiction producer Lawrence Bowen stumbled across the idea for the drama while looking into the Eichmann trial, and came across a thread about Fruchtman. “I thought that’s interesting, partly because I am a producer myself. When you see famous trials of the past, you don’t think about someone operating the equipment, you think about the trial.”

As an entrepreneurial young producer in his early 30s, Fruchtman had read about the capture of Eichmann and flew to Israel to pitch the idea of filming the trial to Prime Minister David Ben-Gurion. He won the contract, ahead of more famous networks, and then hired director Hurwitz – who had been blacklisted during the McCarthy era in the US.

Bowen followed the story further, looking at the archive itself from the trial. “As I started watching it, two things made me think we have got a film here,” says Bowen. Firstly, Eichmann was, he says, like the Bin Laden of post-war Europe. “When he was found, it was a huge event for the world. Add to that the enigma of Eichmann. He sat in a [bullet proof] glass box during the trial, and played the ‘I was just following orders’ card.” Secondly, the witness testimony was hugely affecting. Prosecutors chose just over 100 of the best witnesses they could find to tell the story of Holocaust. 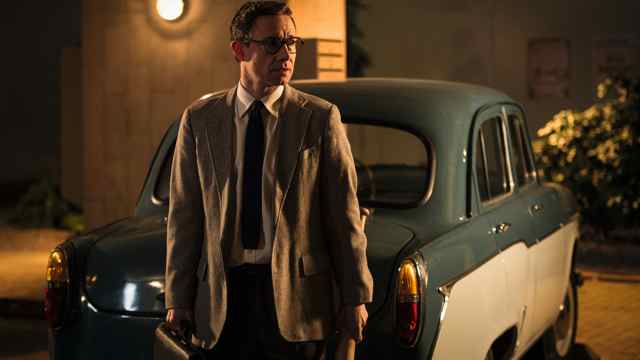 The black and white archive from the trial plays a prominent role in the BBC2 film. But the film breathes new life into the archive by taking the point of view of the producer and director in their control room, all filmed in colour, and then zoning on the black and white trial footage they can see on their monitors. “It really legitimises the use of the archive I hope, because you are with the team watching,” says Bowen.

Bowen pitched the idea as a new way into the Eichmann trial to BBC history commissioner Martin Davidson and then to BBC2, which was planning a Holocaust memorial season for January 2015 to mark the 70th anniversary of the liberation of the camps.

Simon Block (The Shooting of Thomas Hurndell) was commissioned to write the script. This drew on the archive of director Hurwitz, who regularly wrote to his wife during the filming, and also several of the trial crew and participants who are still alive. This includes Fruchtman – who is now in his mid-80s and lives in California.

The court room scenes were shot in Lithuania, in a former Soviet cinema. The film also shot in Malta, which stood in for Jerusalem. Both countries offered tax breaks to supplement the BBC budget, while Indian producer Vistaar Productions also invested.

Paul Andrew Williams, who’d won acclaim for BBC3 drama Murdered by My Boyfriend, was hired as director. He received the script in the summer of 2014, and signed up almost immediately.

But tight deadlines meant he had no rehearsal time with Martin Freeman or Anthony LaPaglia. “It’s easily the toughest shoot I have ever done, and the toughest job.” He had two months of prep, before a 22 day shoot. “We were shooting scenes in an hour that normally would take half a day or a day.”

Throughout he has sought to incorporate the trial footage as seamlessly as possible, citing the work of Oliver Stone as an inspiration in mixing archive and contemporary material. “I didn’t want to just film it, I wanted to shoot our own archive, to blend in as much of our drama footage with other stuff around from the time.”

This thinking clearly informed the entire project. Says Bowen: “I want people to feel how audiences felt in 1961 learning about the Holocaust for the first time.”

The Eichmann Show airs on January 20th at 9pm on BBC2