Features & Opinion22.01.15
From storyboard to animatic to finished spot

The role played by animatics in devising and developing creative content is largely an unsung role, despite animatics playing a huge part in the creative direction, look and feel of a finished production. Motion graphics designer Jack Dawkins, who works at Monkey Puzzle Studios, which produces artwork for animatics and storyboards primarily used during commercials research and production, got in touch to showcase the work of the company. It’s striking how close the company’s work is to the finished spots.

Monkey Puzzle, a 15-year old company, produces everything from quick black and white frames to high-end animatics, focusing on getting ideas and scripts visualised and animated “in a way that demonstrates their full potential and gives a project every chance of flying through research,” says Dawkins.

“A current example of a successful campaign that we helped through testing is Gordon The Boar for Gordon’s Gin, produced by BBH. We were contacted by BBH in late November with the script and a set of scamps [a sketched out storyboard],” he says.

“There was a very tight deadline (just over a week) to produce the animatic and get it through testing. The script was at a very late stage of development and so our artists were able to jump straight in tracing out the frames and getting the look of Gordon’s character right.” 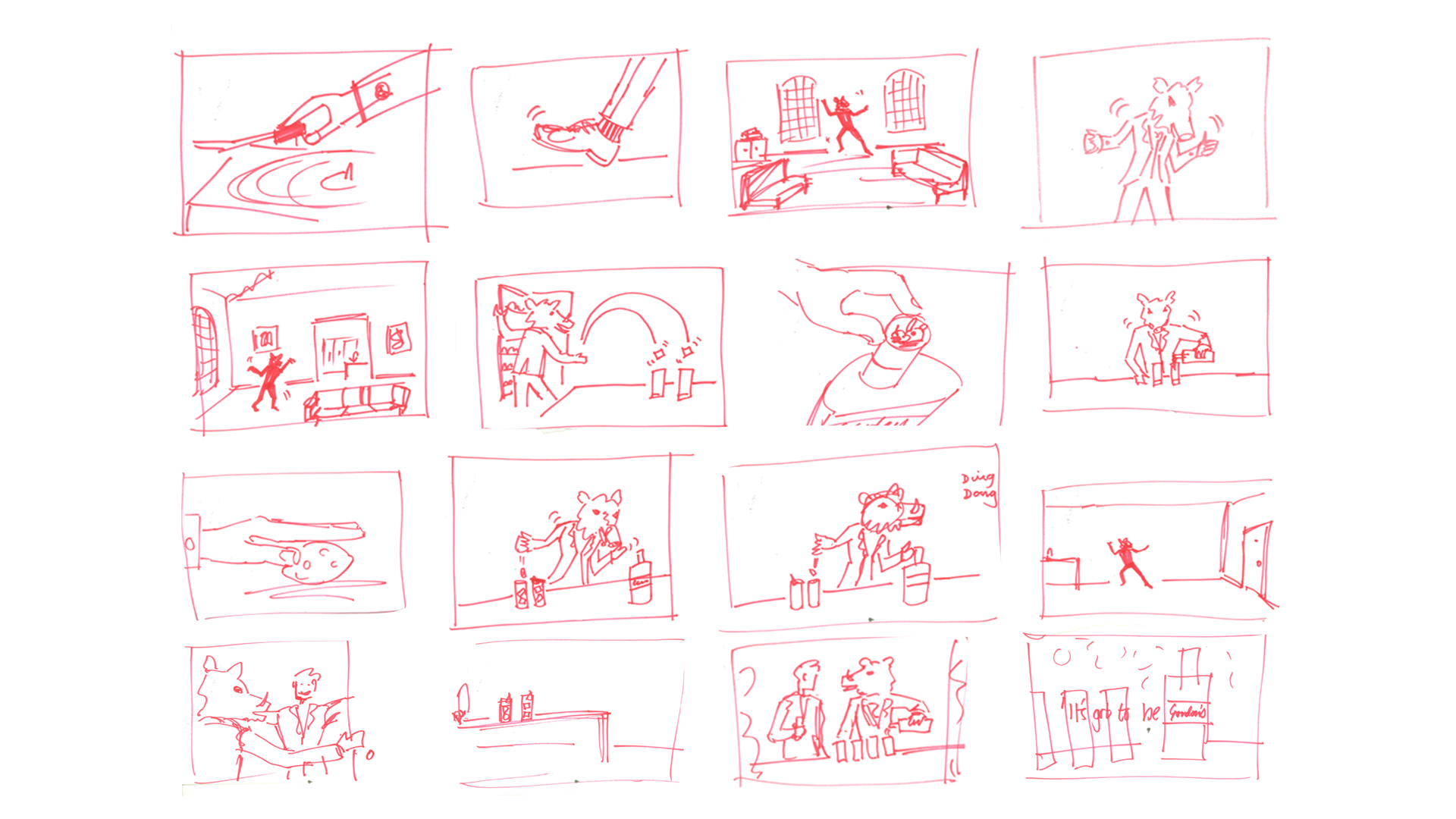 From scamp to animatic
Once the rough frames had been approved by the lead creatives and producers Monkey Puzzle lined and coloured the figures and backgrounds, working closely with the producers to ensure everything remained on brand. 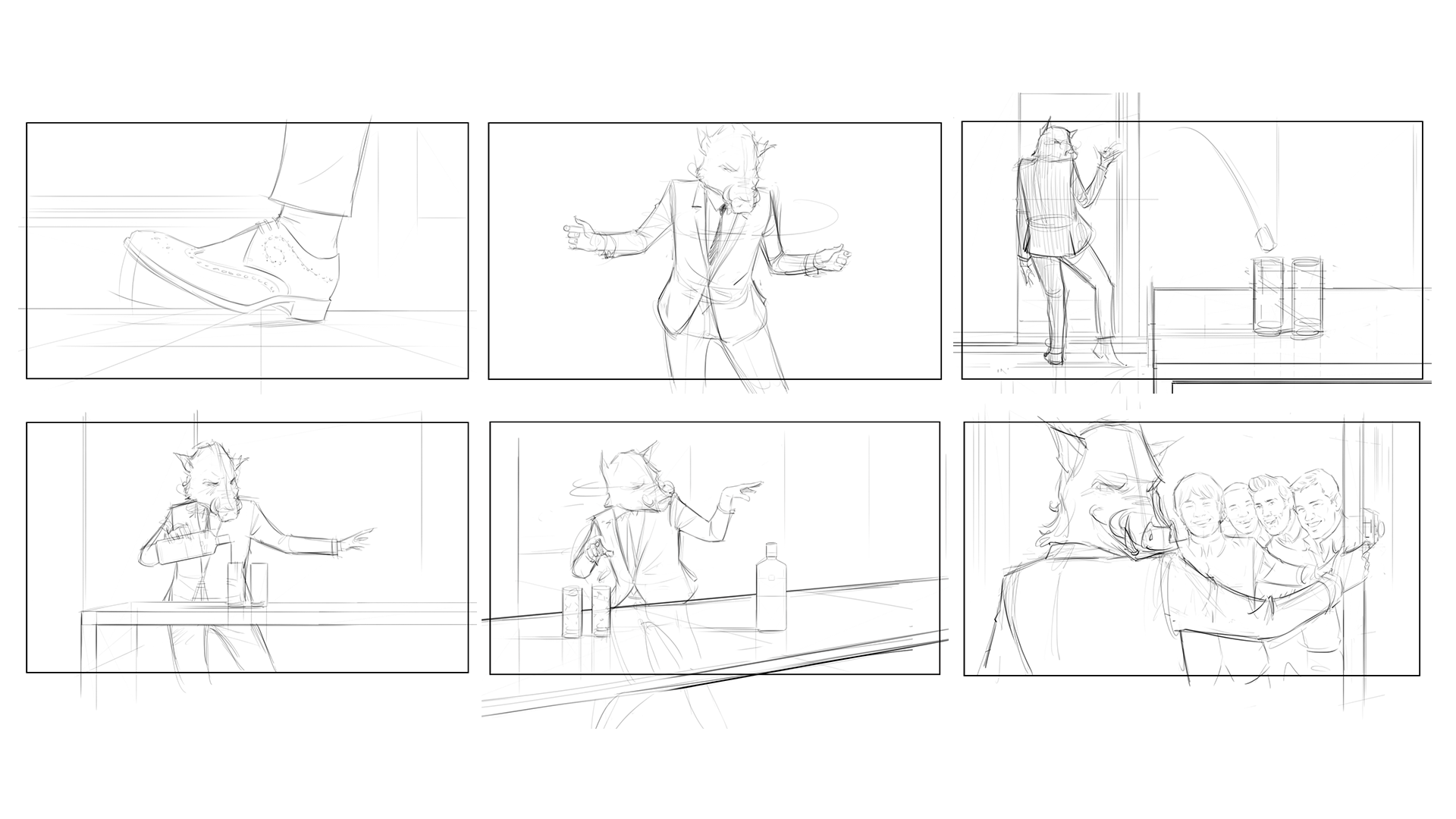 Monkey Puzzle’s development of the original scamps – through storyboards…. 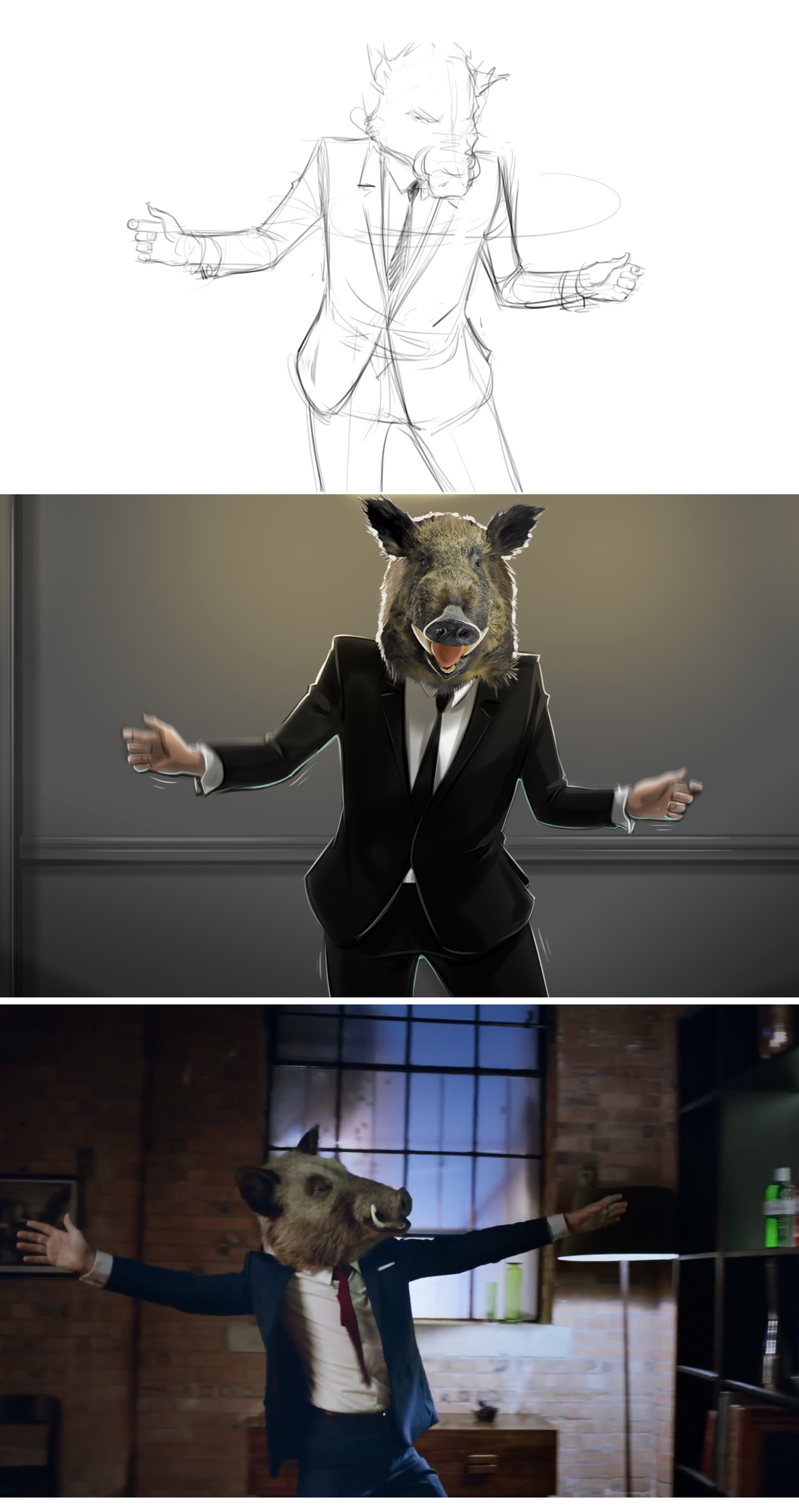 “Due to the very quick turnaround of this project it was decided early on there would be no character animation in this animatic and all the action would be created using the still frames and camera movement,” says Dawkins. “Despite the lack of character movement, the finished animatic still manages to capture the energy and the tone of the idea, and, as you can see, the aesthetic is almost identical to the finished ad.”

And here’s the finished spot.