The humble TV remote’s days look to be numbered with manufacturers falling over themselves to come up with new, uncluttered pointing devices more able to cope with navigating the onslaught of new channels and video-on-demand content soon to be cluttering up programme guides once internet-delivered TV becomes the norm. 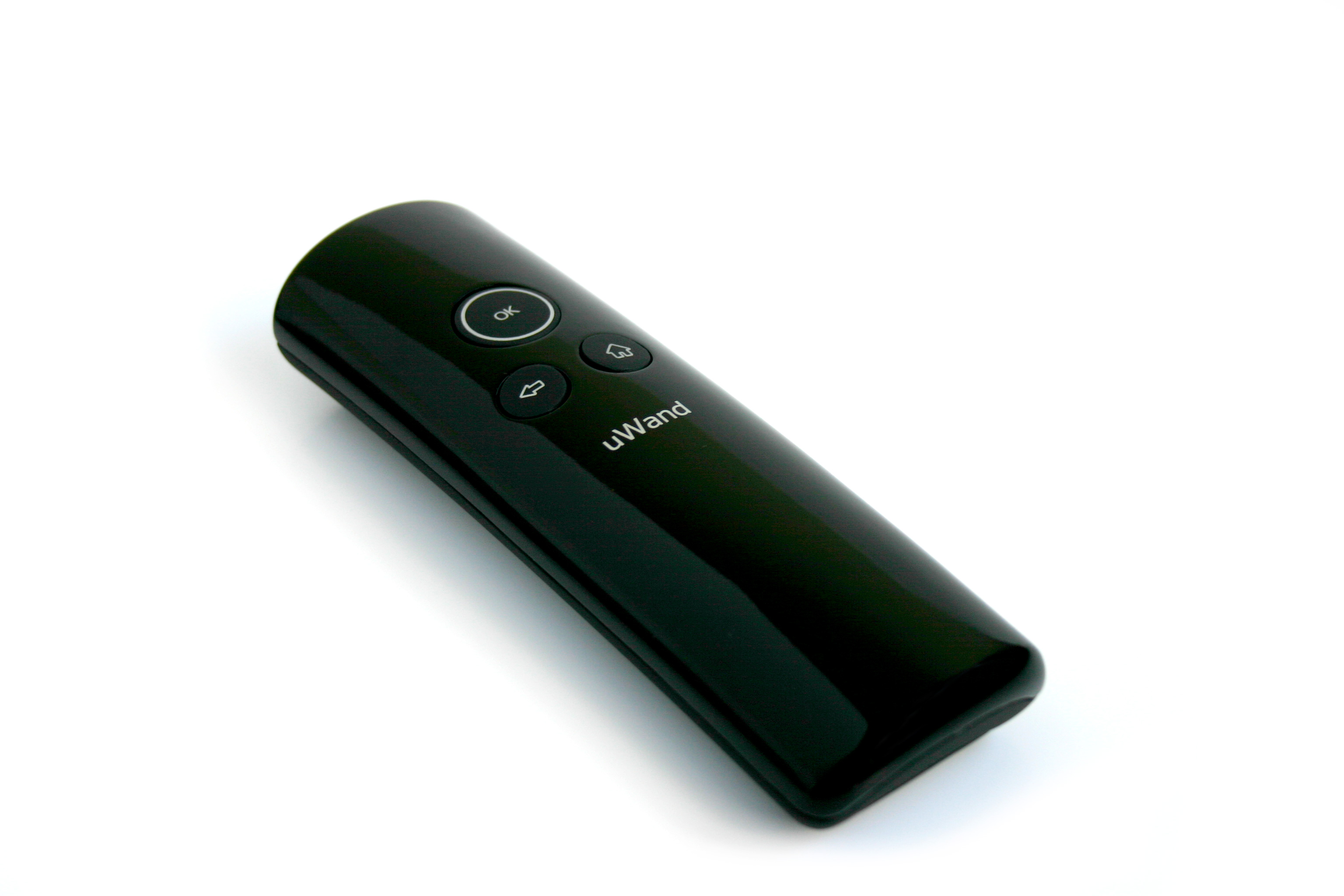 I was recently invited to have a go of a prototype of one such device; the Philips uWand. The first thing that strikes you is it has very few buttons and looks not unlike a Nintendo Wii controller. It works in a similar way too, being controlled by gestures, so when you tilt the uWand left or right the on-screen cursor whizzes off in that direction.

To select a programme, you point the uWand at the screen and rotate it to move the programme guide in that direction to locate the one you’re after, then click to select. You can add programmes to be recorded by just dragging and dropping them onto the on-screen ‘record’ box. It’s also possible to navigate around the Z axis of a 3d screen by moving the uWand forward and backwards.

Here’s a slightly cheesy demo video of the uWand in action….

I initially found it quite fiddly and frustrating to make the uWand do what I wanted it to do. As with anything, though, after a bit of practice it gets easier to get a handle on. What makes things easier still is the ability to adapt the speed of the on-screen cursor to suit your needs.

Philips has user trialled the prototype uWand, and (naturally) reports back encouraging results. It gave 200 families in Amsterdam a Philips net TV along with a standard remote control. After a month, they were given the uWand instead of the standard remote and 75% preferred it. Their satisfaction ratings for the net TV also increasing from ‘fair’ to ‘good’.

The company is now looking to license the uWand technology to TV and set-top-box manufacturers.