Features & Opinion19.12.17
Britannia: behind the scenes

Druids and Ancient Britons battle it out with Roman invaders in Sky and Amazon’s big budget Britannia. Tim Dams reports

In many ways, Britannia symbolises the new era of high end drama production in the UK.

A tale of British tribes and druids uniting to resist the Roman invasion of Britain in 43AD, this sword and sandals spectacular is clearly pitched at the global audience that has lapped up Game of Thrones.

A co-production between broadcaster Sky and streaming giant Amazon, it comes with the necessary big budget and high production values too, and was shot in Wales and the Czech Republic. Sky won’t reveal the exact figure, but the broadcaster bills the series as its ‘most ambitious ever.’ Amazon has US rights. 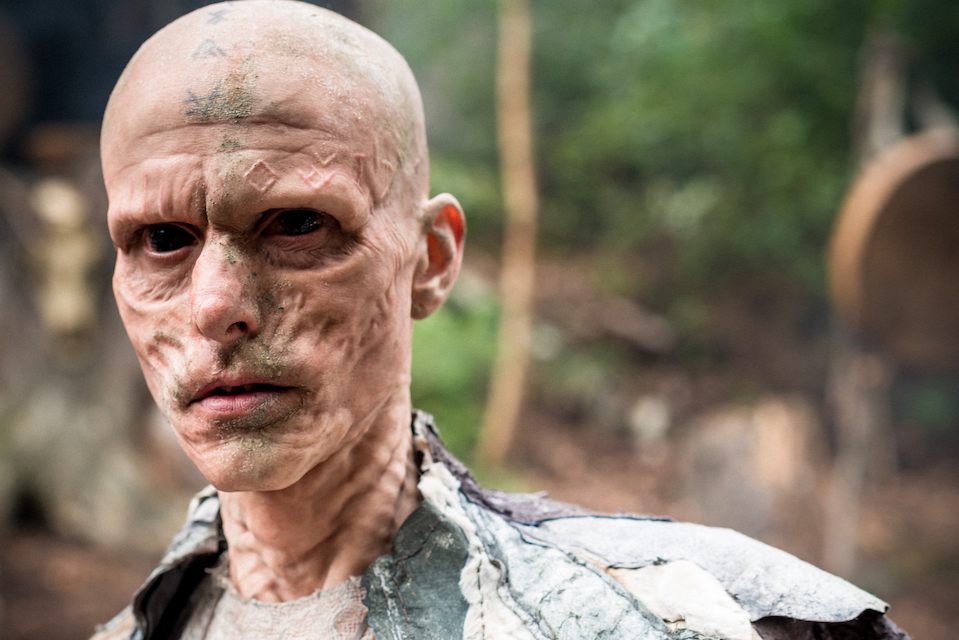 And finally, it boasts the kind of on- and off-screen talent needed to make a drama stand out on the international market – including writer Jez Butterworth (Spectre, Jerusalem), Star Wars producer Rick McCallum and actors Kelly Reilly, David Morrissey and Zoe Wannamaker.

A filmic approach
Britannia is also the first TV drama for British film producer Vertigo Films, which has dozens of features to its name including Streetdance, Monsters and Walking on Sunshine. Vertigo is just the latest in a line of film companies to produce for the small screen, a move that would have been unthinkable just a few years ago before the rise of high end television drama.

As such, says executive producer James Richardson, it was a baptism of fire for him and for Jez Butterworth, for whom Britannia is his first TV project too.

“You have no idea how much respect I have for my colleagues in the TV business,” says Richardson. “It’s the length of it. When you think it is all over, you have got the next script and episode to make and to edit. It is a relentless process.” 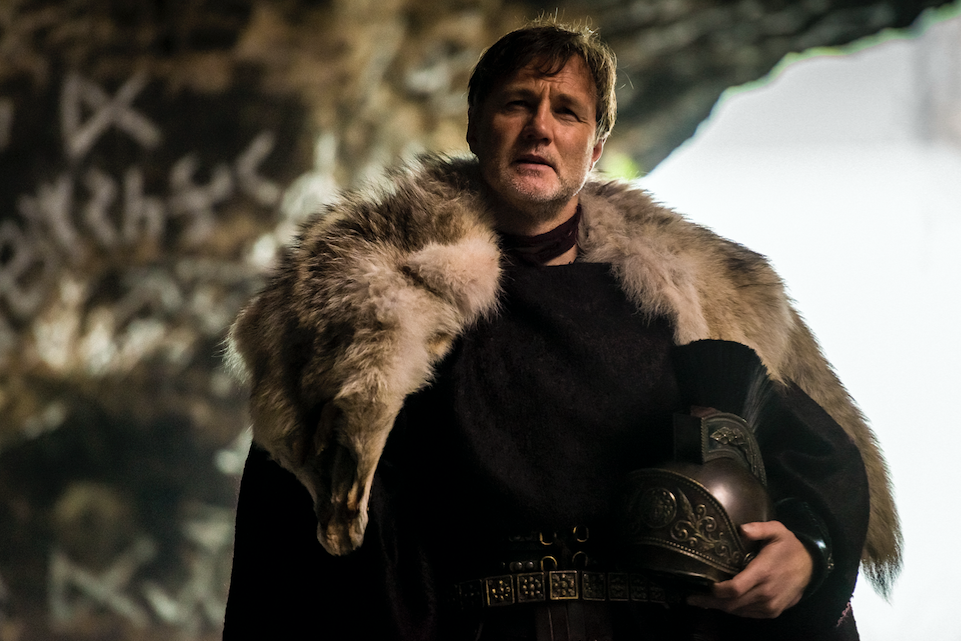 Richardson traces the genesis of Britannia back to a trip to the AFM (American Film Market) four years ago – a time when Netflix was on the rise and starting to disrupt the industry. “There was something in the air that said the indie film business was in a very different place, a declining space.” He and his business partner Allan Niblo decided there and then to launch a TV division.

It wasn’t just a business decision though, but a creative one too. “I had made 35 films and I felt I wasn’t getting inspired by film like I used to.” Film, he says, blossomed creatively in the 1970s. But it is rare to find films that are really surprising today, he says. “We have got this three act structure where you kind of know what is going to happen at the end of the first, second and third act.” TV drama is where the creative boundaries are being pushed now, says Richardson.

Richardson started to develop a project about the warrior queen Boudicca, which morphed into a project about the Romans, Celts and Druids – an area he felt had never been properly explored on screen. “I was pitching as a bit like Star Wars, but with ancient Britons,” he says. 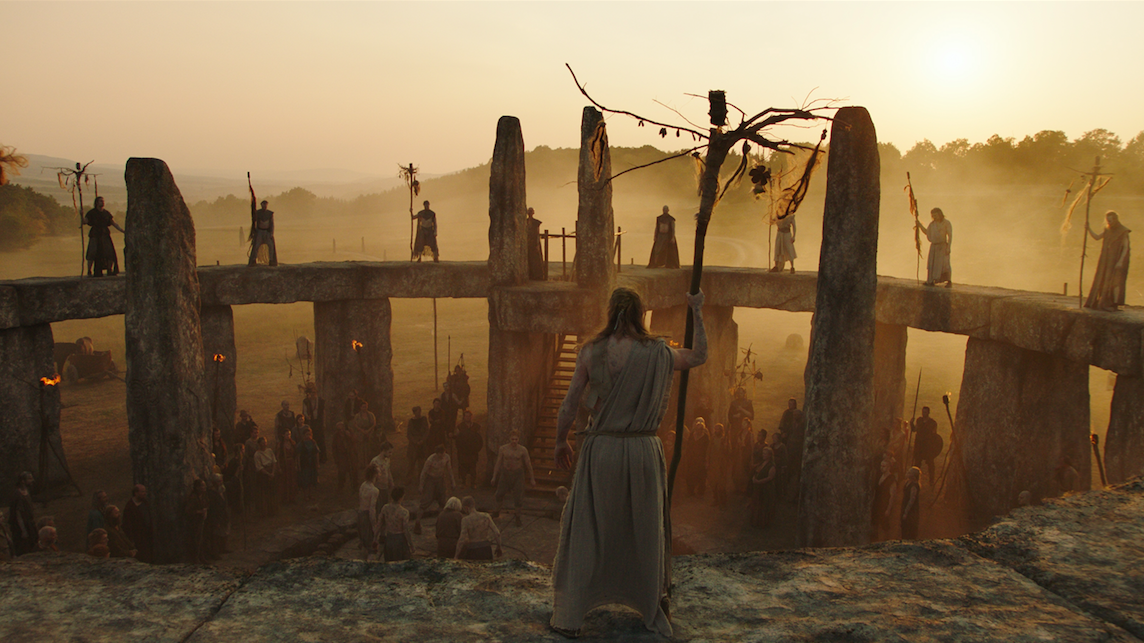 At this point, he talked to Jez Butterworth (who happens to be his brother-in-law) about the project. “Jez is one of my oldest friends, and he is also married to my sister. We always said we would never work together.” But the pair started to talk about projects more seriously a few years ago. “With someone like Jez, he is so brilliant and extraordinary you kind of just have to surf with him, catch one of his crazy waves and see where you go with it. It’s incredibly exciting.”

“And he just said, I know what to do with this – it is going to be my first TV show.”

Butterworth was interested in exploring the ‘myth angle’ of ancient Britain, particularly the cultures that had been irrevocably altered by the Roman invasion, having been inspired by a book called A Short History of Myth by Karen Armstrong.

Britannia explores the lost world of ancient British tribes, imagining how they might have lived. But it is a freewheeling romp through the period, rather than an historical piece. The focus, stresses Richardson, is very much on story, not history. “We had a brilliant historical advisor, Jonathan Stamp, who had worked on Rome, and we asked him to tell us about the druids. He said the great thing about what you are doing – we know about 40% of what the Romans did, 20% of what the Celts did, and we know nothing about what the Druids did. You can do whatever you want.”

Richardson says that Vertigo, which has executive produced the series with Neal Street, approached Britannia as it would one of its movies. He describes Vertigo films, whether Bronson or Pudsey the Dog: The Movie, as ‘not normal, classical fare’.  “If we are making a show about Britain in 43AD, let’s make it look and feel very different and extraordinary – let’s challenge it and push it and tell a story that has scale, but not just visually. This show goes mental as it goes on – what you started watching at the beginning is totally different by the end.”

The push into television looks to be paying off for Vertigo. The company is also making new police drama Bulletproof, starring Ashley Walters and Noel Clarke, for Sky, together with Company Pictures. Another project is soon to be announced, adds Richardson. “There is so much opportunity and disruption in TV, which creatively is the most exciting place to be.”

Distributor Sky Vision has invested heavily in Britannia, taking international rights outside the US and UK.  Sky was marketing the drama aggressively at last month’s Mipcom programme market, with a red carpet premiere screening and a lavish beach side party for international buyers.

The scale of funding now needed for standout drama means that the risks have increased for investors like Sky Vision. “It used to be that drama advances were at best top up funding and an advance against distribution rights. Now our advances have gone from 10% of budget up to 60%,” says Jane Millichip, managing director of Sky Vision, who stresses that “managing risk” is key for distributors. “Good is no longer good enough in the drama field. Only excellence is, and that means putting in more risk funding and producing brilliant drama.”

For Millichip, however, it all starts with the writing – and the involvement of Jez Butterworth as a writer and director, making his TV debut after huge critical success in the theatre with plays like Jerusalem, was a clear attraction. The ‘common thread’ that Sky Vision looks for in dramas, she adds, is really bold, flavourful worlds and precincts. “We are creating worlds that are very confident in themselves,” she says.

The writer is also key to drawing in top acting talent. “My big attraction to a drama like Britannia is the writing,” says the show’s star, David Morrissey. “If it is someone like Jez – he and Tom (Butterworth) are like showrunners – that is a great carrot, but also a level of comfort for me.”

“You are signing up with those people. And that is where you are putting your trust, and then you as an individual can get in there and get busy as well. You want to be part of the creative team – that is important.”

The drama boom fuelled by Netflix and Amazon that has given risen to large-scale projects like Britannia is, admits Morrissey, rich in opportunity for actors.
Television, he says, has become like a “long form novel” with multiple characters and storylines unfolding over many episodes which viewers can binge watch whenever suits them. 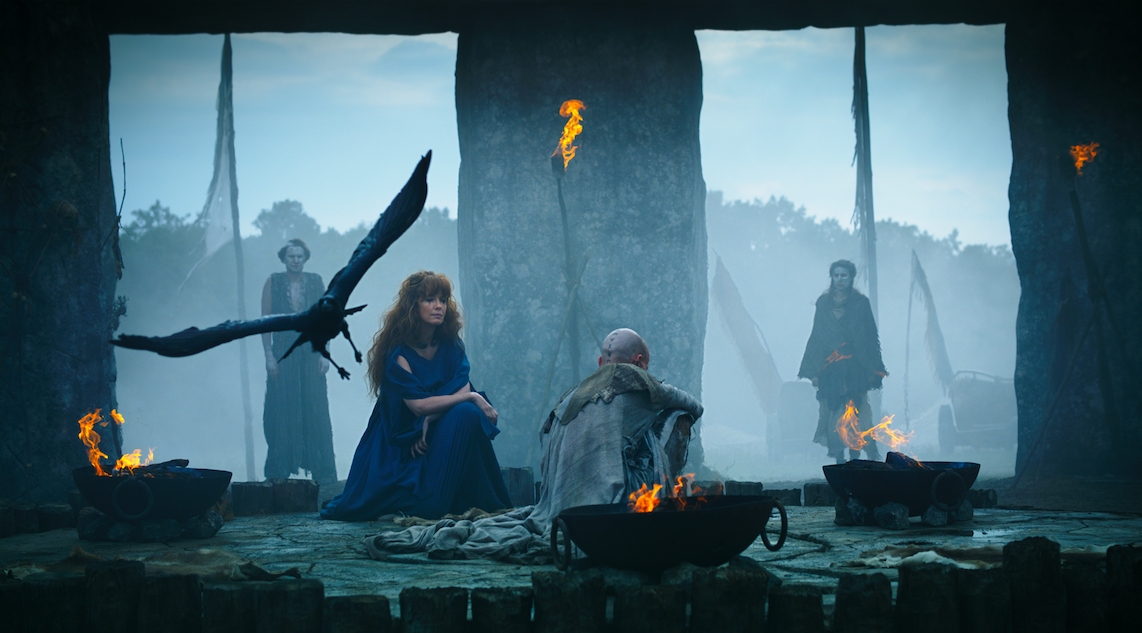 Viewers want to watch over many series too, and this has had an effect on acting talent. “For me, the one difference compared to ten years ago is that when I come into a TV project, they are probably looking for a three year option in your contract. In America if you go and do a TV pilot, you will sign a seven year deal – that has been the case for a long time. But now in the UK that is coming in a bit, particularly for a two or three year option. Britannia is a three year option, but whether they use you for three years …but you are not surprised if it comes at you.”

Morrissey says the other attractive factor about the drama revolution for actors is that it is “creative driven”, citing shows like Narcos, Gomorrah and The Crown. “You hear people talk about the creative licence they got to make their show – and it is true of Britannia as well.”

Details
When the Romans invade Britain in 43AD, Kerra (Kelly Reilly), daughter of the King of the Cantii, is forced to put her differences aside with arch-rival Queen Antedia (Zoe Wanamaker) to face their invaders. The Romans, led by General Aulus Plautius (David Morrissey), are determined to succeed where Julius Caesar failed and conquer this mythical land at the far edge of the Roman Empire. As tribes and Druids unite to fight the Romans, Kerra spearheads the resistance against the might of the Roman army.