New studios are going up all over the country thanks to the boom in TV drama. Tim Dams reports on the expansion of the UK studio sector

Last month, the Mayor of London Sadiq Khan confirmed his backing for a new studio in Dagenham East – the first new TV and film production studios in London for at least 25 years. The move followed publication of a study, led by the economic consultancy SQW, which confirmed that there is more than enough demand for a brand new studio in London. The next step is to find investors to back development of the 20-acre site – nine acres of which is industrial land purchased from Sainsbury’s for £12m last year.

Production figures certainly prove that demand for studio space is high. The production of high-end TV – shows that have a core expenditure of more than £1m per hour – is growing over time. In 2016, 450 scripted original shows aired on American TV, a figure that has doubled since 2010. (It is expected to be even higher in 2017). Netflix’s total spend alone on content is expected to be more than $8bn this year.

Many are choosing to shoot in the UK, attracted by the talent base, attractive tax benefit and the weak pound. The UK production spend of qualifying high-end television programmes was £726 million in 2016.

Around 65% of this expenditure comes from overseas, principally the United States, on shows such as Netflix’s The Crown and HBO’s Game of Thrones.

Studio bosses confirm that business is buoyant, with many benefitting from the rise of high end television drama – which has often made up for a collapse in lower budget film production. Elstree, is home to The Crown, Humans and Grantchester; The Crown uses three stages including George Lucas Stage 1 and the Backlot. Meanwhile, Belfast’s Titanic Studios hosts Game of Thrones, Space Studios Manchester is the base for Cold Feet and Bristol’s Bottle Yard has hosted Poldark, Trollied and Broadchurch.

The Dagenham East study found that TV and film productions typically need large, permanent studio spaces of at least 125,000 sq. ft of stages to meet their needs. But it concluded that demand is so buoyant that a number of major productions are having to be turned away.

Number 9 Films producer Stephen Woolley (Made in Dagenham, Their Finest, On Chesil Beach) said: “The UK is witnessing a real production boom for film and TV and it shows no signs of slowing, so new studio space to complement sites like 3 Mills, Pinewood and Shepperton is terrific news. When we shot Made In Dagenham we actually had to film part of it in Wales – if this site had been an option maybe we could have made the whole film in  east London” 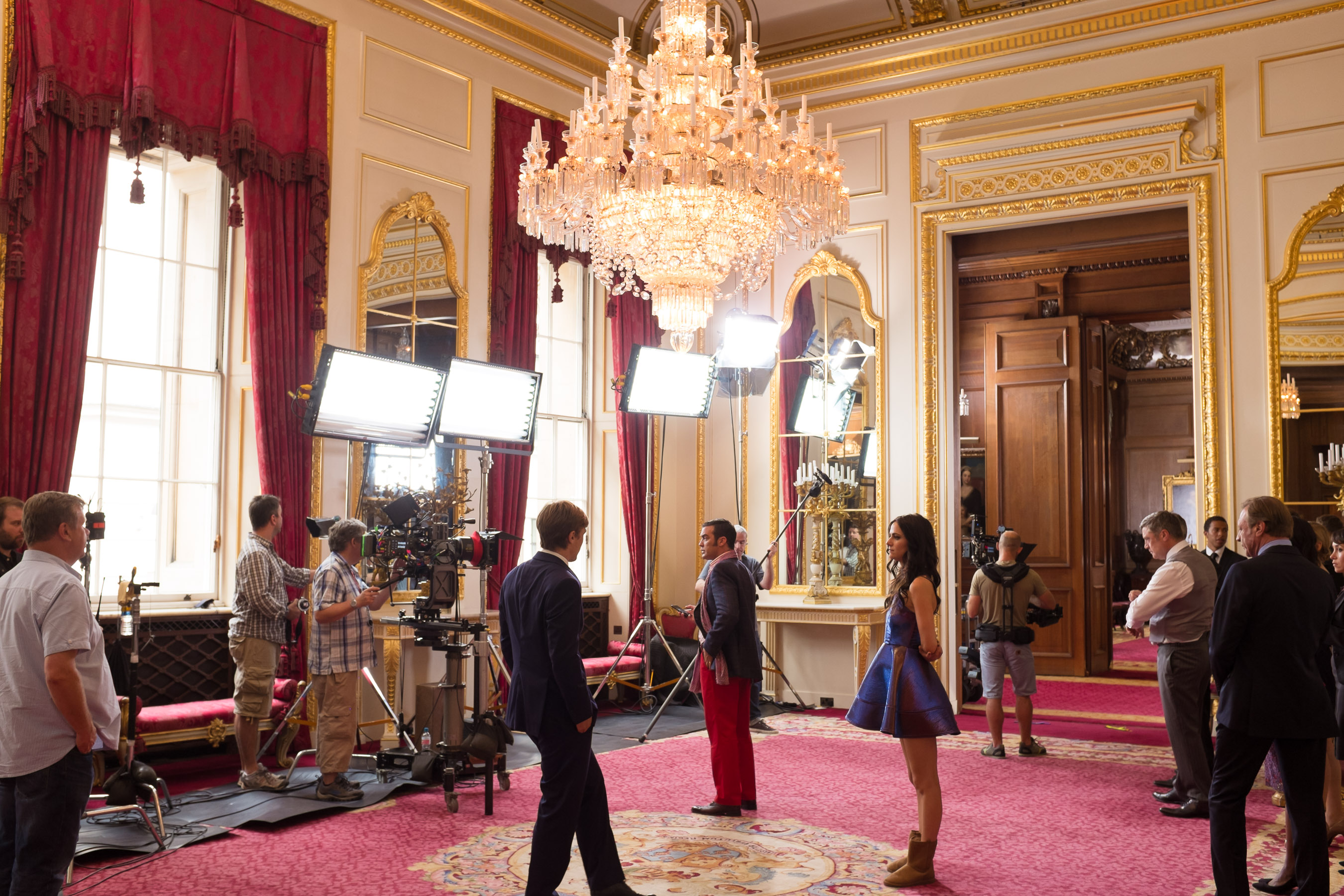 New studios are, of course, being developed in all corners of the UK to meet demand. In Northern Ireland, the £20m Belfast Harbour Studios project includes over 120,000 sq ft of studios, workshops and offices.
It secured its first production this summer, a Superman prequel Krypton for Syfy channel from Phantom Four in association with Warner Horizon Scripted Television.

Scotland looks set to get its first studio complex, after proposals for six sound stages on the outskirts of Edinburgh were approved this year.  The £230m Pentland Studios project will sit on a 106 acre site and offer studios ranging from 15,000 to 30,000 square feet along with a water stage and workshop and office space.

A new studio, Wolf Studios Wales, is also being readied in Cardiff, in a deal between indie Bad Wolf and the Welsh government. Bad Wolf will film all of their upcoming shows in the studio including the series A Discovery of Witches and His Dark Materials.

There are also proposals to build more studios at Purfleet (Quartermaster Studios) and North Greenwich.

Meanwhile, existing studios are busy expanding. Pinewood recently applied for planning permission to build another three sound stages. This comes on top of the five it opened last July.

Elstree has finance and approval for a 21,000 sq ft stage on its backlot area. It also intends to build a smaller stage of approximately 11,000 sq ft.

Space Studios Manchester is in the midst of building a sixth stage, measuring 30,000 sq. ft., part of a £14m expansion plan. Leavesden Studios plans to extend facilities at its site by a quarter.

Not all TV dramas, of course, are heavy users of studios – many will be based at a studio, but will shoot on location.

Traditional studios also face competition from warehouses on industrial estates which have been adapted for filming. For example, a former council depot in Hartlepool is set to be converted into a film studio. Screen Yorkshire has converted a former aircraft hangar at Church Fenton into a studio, home to ITV hit Victoria.

Established studios stress their onsite facilities, such as art departments through to camera and lighting hire.  They are also air-conditioned and acoustically treated. 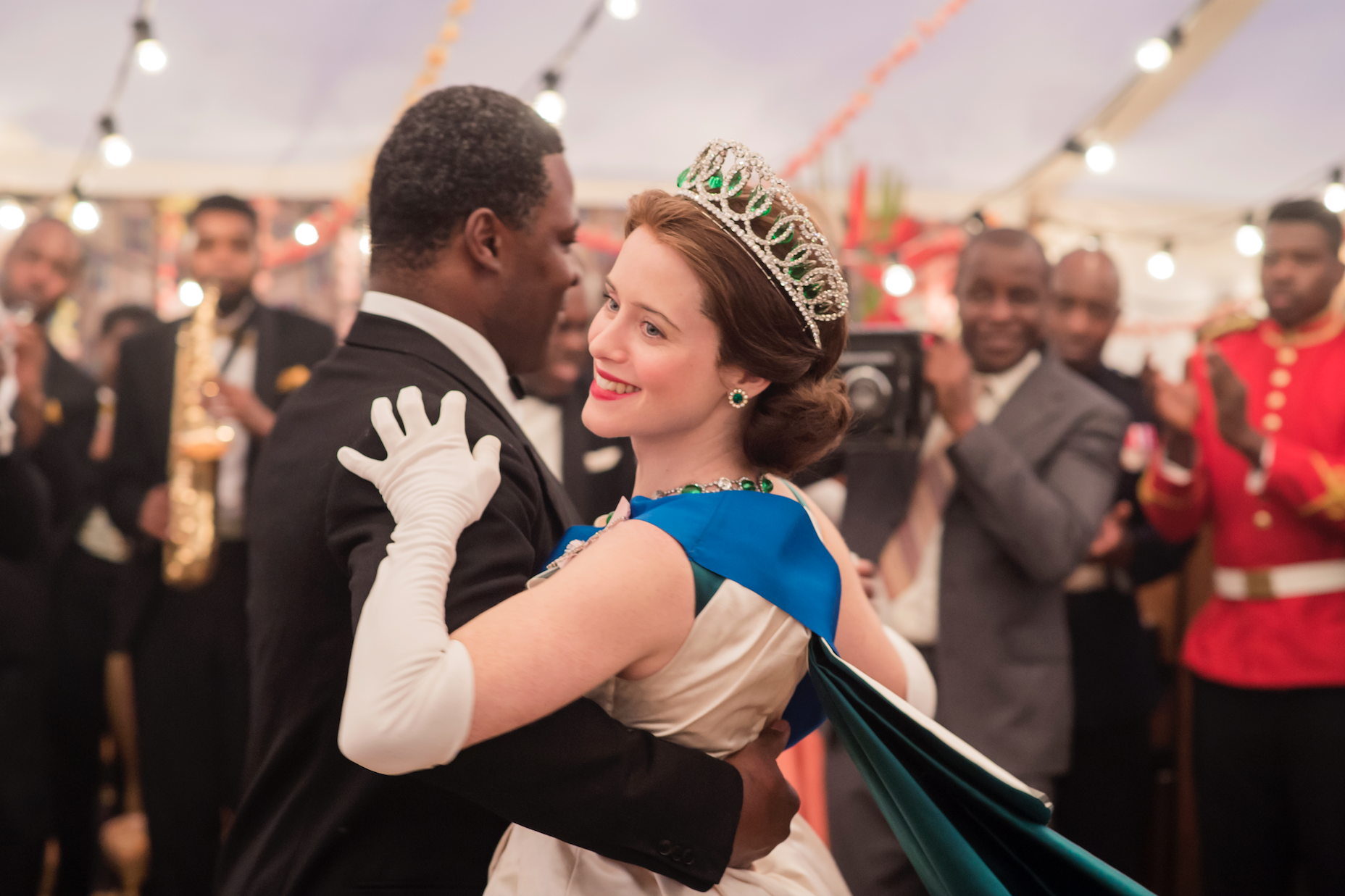 The studio building boom is predominantly focused on sound stages for drama and film, where record growth is taking place. By comparison, fully equipped TV studios – with galleries and shiny floors – are finding business more challenging. They may be busy, but many TV studio execs say that budgets for TV shows remain under pressure (although production aspirations are higher than ever) with studios taking a hit.

At the same time, running a TV studio is expensive; the cost of upgrading them to ever higher technical standards continues to rise.  Television studios say they are having to squeeze in ever more shows and to work harder to make a decent return.

Many well known TV studios, like Fountain and Teddington, have closed after being sold to property developers – an indication that its owners think they can make more money elsewhere. The London Studios also closes next year when ITV redevelops the space.

The plans for a new studio in Dagenham are welcomed by producers because they address a real shortfall of studio space in the UK’s creative hub, London.  However, it is difficult to build new studios in the capital – the demand for housing land in particular is intense, constraining new supply.  The authors of the report on building the Dagenham studio called it “a rare chance to build a world-class film studio within the boundaries of Greater London. It would support the long-term success of the UK’s booming film and TV production industries while also contributing to the ongoing regeneration of east London and the Thames estuary.”

It concluded that a studio with at least 125,000 sq. ft of stages at Dagenham could generate around 780 full time equivalent jobs and £35m of gross value added (GVA) per year for the economy.
The report concluded that some industry execs believe Dagenham might be a ‘hard sell’, given its distance from the west London heart of the London film business. The report also said that the social aspects of the area, such as its retail and leisure offer and its public realm, will need further thought as part of wider regeneration plans if it is to appeal to such workers. Other challenges need tackling too, not least a noisy railway line running along its southern boundary.

That said, there is strong political support for the project, plus the transport links are good too. The Dagenham studio would also be part of a regional film/TV cluster that included existing studios, such as 3 Mills and Maidstone, and proposed ones at Purfleet (Quartermaster Studios) and North Greenwich.

More importantly, there is the question of demand. Film London estimates that over the past two years the UK has lost between five and ten major productions due to a lack of large-scale (i.e. 125,000 sq ft-plus) studio space. It estimates that a new facility in Dagenham could accommodate anything between three and five of these projects per year. 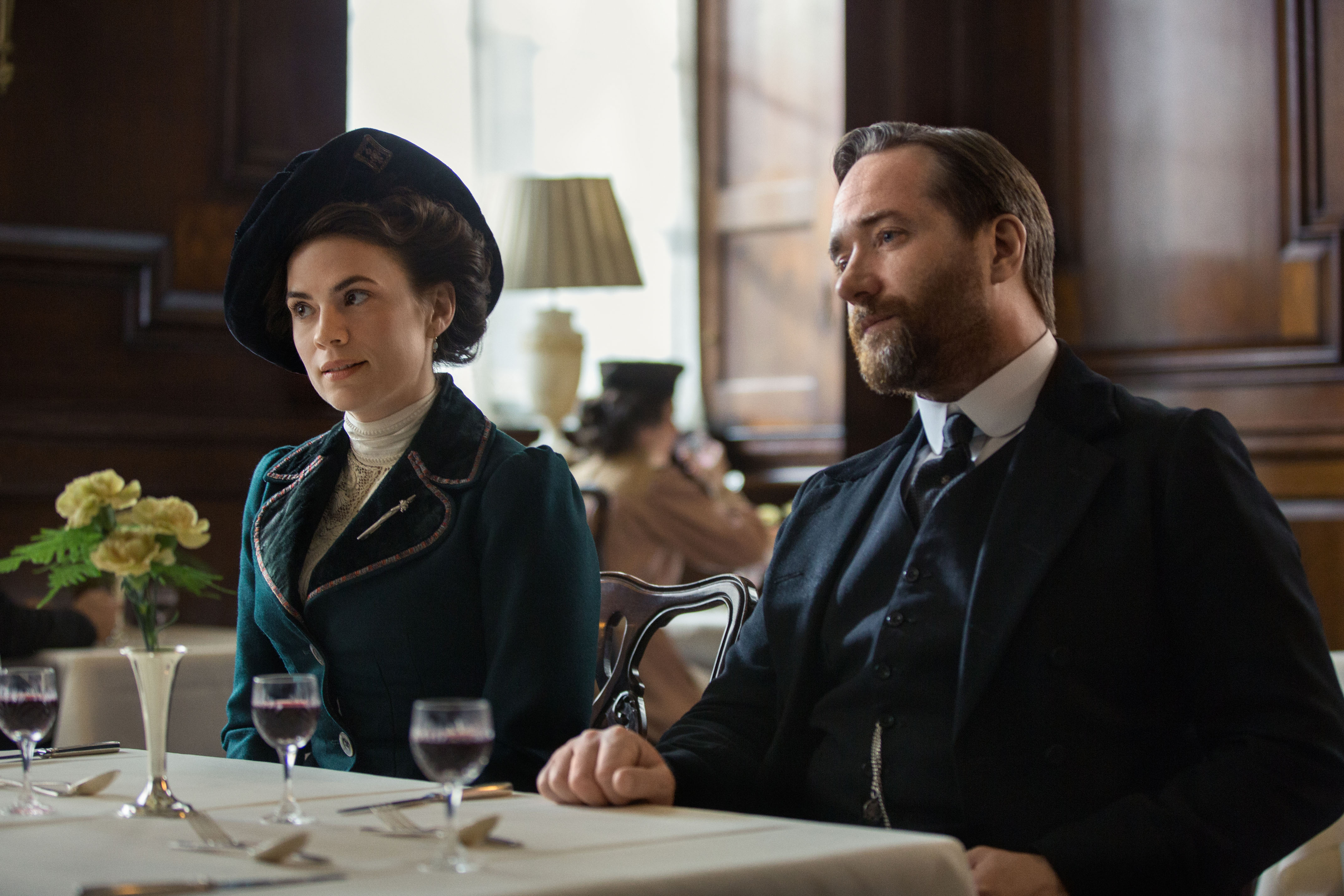 Adrian Wootton, chief executive of Film London and the British Film Commission, said: “This is a golden era for London’s screen industries, and the city’s success helps drive growth in film and TV production across the UK as a whole. However, such success brings its own challenges, and if we’re to maintain our position then we need to make sure we can continue to remain competitive and meet global demand.”

Ealing Studios
London
Ealing opened for business in 1902 and has been in use ever since – most recently with dramas like The Durrells and Taboo. Stage two was built in 1931 and is a classic sound stage, while stages 3A and 3B can combine into an 11,900 sq ft space. Facilities Five stages, ranging from 924 – 11,900 sq ft; wardrobes, dressing rooms, hair and make up rooms, prop stores,  workshops & office space. Credits The Durrells (ITV), Taboo (BBC1)

Elstree
Borehamwood
Elstree is popular because of its close proximity to London and because two of its stages are some of the biggest in the UK. Facilities Seven film and TV stages. Its two biggest stages are 15,770 sq ft each, and 50ft high. Studios have production galleries, wardrobe, make-up and dressing rooms. Credits The Crown (Netflix), Grantchester (ITV), Humans (C4)

Titanic
Belfast
Best known for hosting Game of Thrones, Titantic Studios is based on the site of a former shipyard in Belfast. Facilities The Paint Hall – four 16,000 sq ft “cells” set out in a square and connected by an internal road and streets. The Hurst and MacQuitty stages comprise two 21,000 sq ft spaces with an eaves height of 43ft Credits Game of Thrones (HB0)

Warner Bros
Leavesden
Originally a WWII aircraft factory, Leavesden began a new life as a film studio in 1994 – going on to be the base for all eight Harry Potter films. Warner Bros bought the studios in 2010 and has invested heavily since. Facilities 13 sound stages; 100 acre clear horizon backlot; external water tank and indoor heated water tank; offices, dressing room, workshops, mill. Credits Fantastic Beasts and Where to Find Them; Wonder Woman, Justice League; The Conjuring 2