Many high-end dramas are now getting an HDR grade, but post producing in HDR takes  another level of technical and creative know-how,
finds Jon Creamer 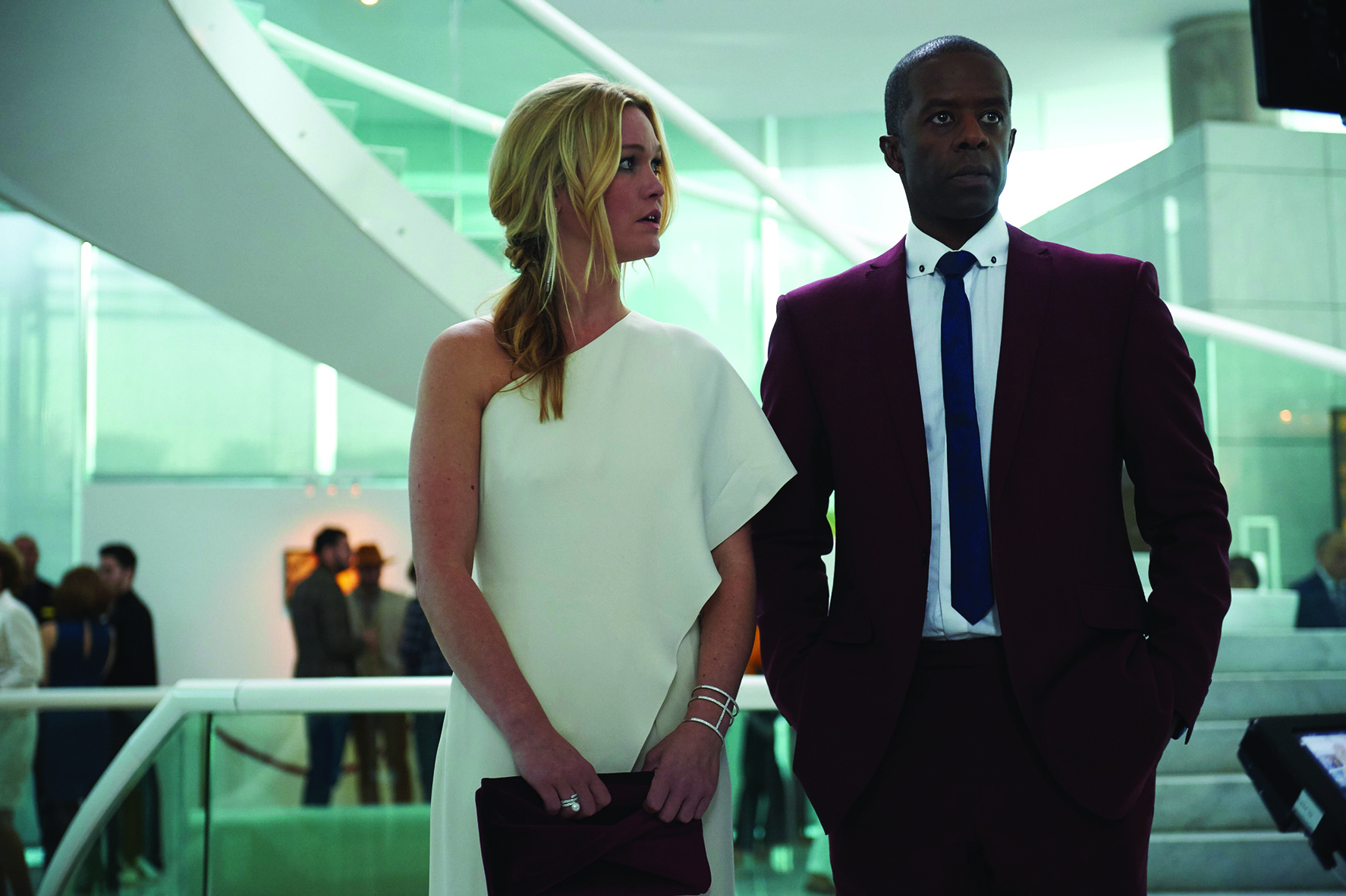 The Farm worked on both SDR and HDR versions of the Sky Atlantic drama. Aidan Farrell graded the series

What was the desired ‘look’ for the show? Rather than manipulating the colours to create a ‘stylised’ look, Aidan wanted the grade to reflect a very natural and ‘European Cinematic’ feel. The end result is a very natural grade, both in the SDR and HDR versions. The locations really came to life in HDR, and coupled with the great cinematography, there are several exterior shots that really do stand out in HDR.

How was the workflow different to a single SDR delivery? The difference in workflows between traditional HD/rec. 709 pipelines comes mainly down to two points – data and colour management. Designing efficient workflows to encompass both storage considerations and deliveries in multiple colourspaces is a relatively new occurrence in the broadcast domain, and requires a similar approach to feature film DI workflows – there is much more of an overlap between the two worlds (broadcast and cinema) with UHD and HDR.

What do you need to think about when delivering in HDR? HDR delivery alongside SDR takes a little more planning, with the main question regarding which version of the grade is more important, as this has implications for colour management throughout the post production process. This is the main delta between traditional broadcast colour pipelines (where a single rec. 709 delivery was the only requirement), and is more in line with those relating to feature and cinematic delivery where you may see final masters in three or more different colour spaces.

What was the creative upside of working in HDR? The key creative upside of HDR is one of storytelling, as the technology enables more immersive and engaging visuals. Not only is the potential there for ‘bigger and brighter’, but the wide colour gamut also gives a great deal more creative expression throughout the picture, allowing more nuance and detail to be explored.

What are the top tips for delivering in HDR? It’s important to engage with all suppliers (both creative and technical) as early on as possible to discuss HDR, it has effects throughout the production pipeline. A key decision with Riviera was that the HDR grade be designed from the outset to be an enhancement and complement to the SDR – the aim being a more immersive experience for the audience, without the technology becoming a distraction from the story. 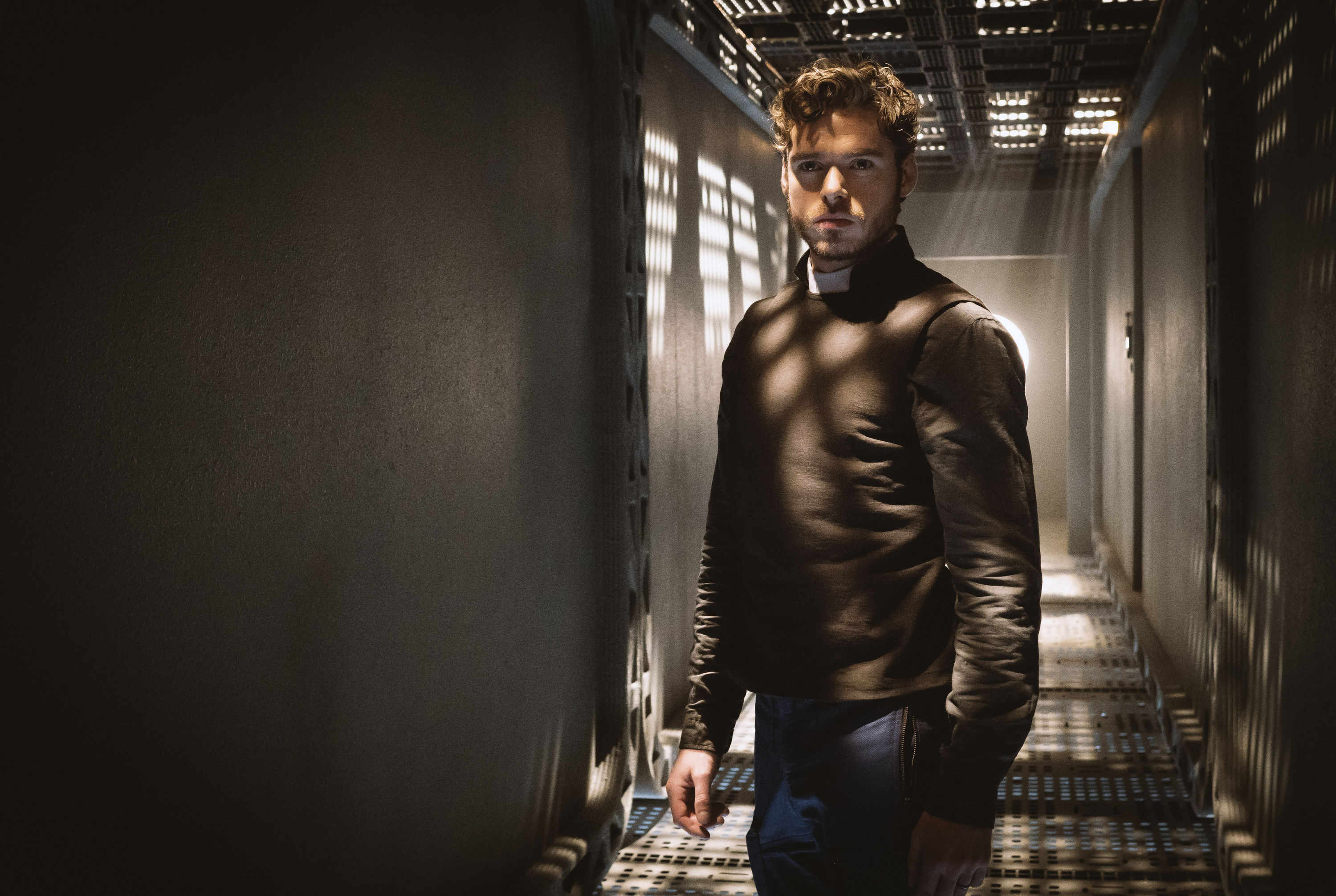 What did you have to think about when delivering in HDR? Apart from the technical requirements we had to consider creative intent and where extra highlight detail was wanted or might become distracting.

What was your workflow for this?
That’s a secret. But Filmlight have put workflow tools into Baselight that make HDR grading as easy as possible.

What were the difficulties you encountered? We composited skies in Baselight and had to finesse these in HDR as its unforgiving with edges of keys. We also saw lamps, lights offset and through windows that were not visible in SDR.

What was the creative upside of HDR? It is more immersive and almost gives a three dimensional feel to the project.

Are there any particular scenes that really lent themselves to HDR? The sunrise and sunset scenes in Oasis are absolutely stunning in the HDR version.

What advice would you give other people that are working in HDR today? Don’t go crazy! There’s a fine line between a bright skin tone looking pleasing or “electronic”. Also there is a need to watch out for reflected light starting to look emitted. You can’t simply accept that a window or light next to your actor now has lots more detail and brightness, as it may now distract from their performance.  Also don’t assume an HDR pass won’t require windowing and additional time as we have to correct these issues. 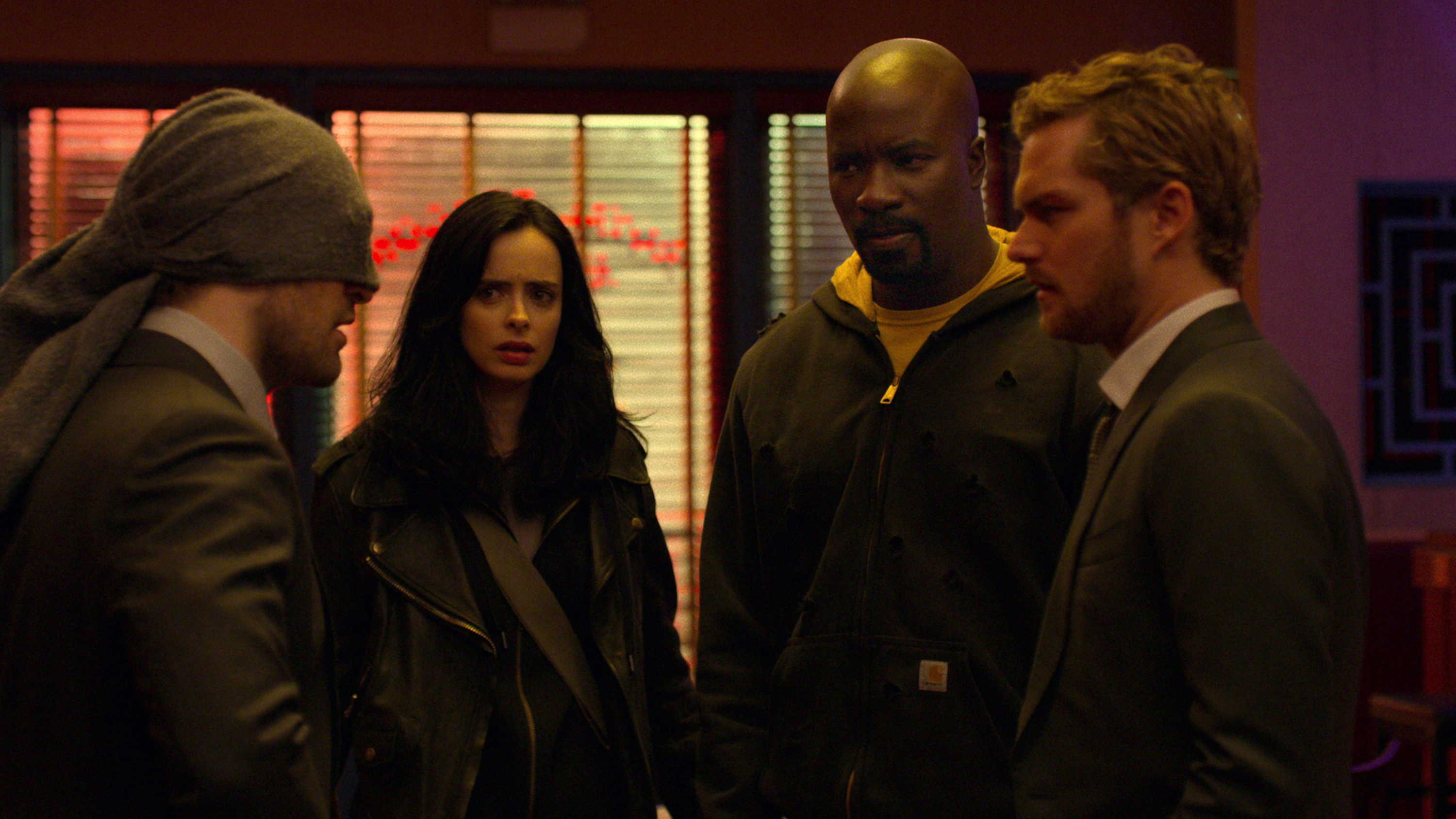 The various Marvel series were some of the first shows Netflix posted in HDR, with colour grading by Encore senior colourist Tony D’Amore. He was brought in again to grade Marvel’s The Defenders and worked alongside series DP Matthew J. Lloyd. D’Amore delivered a grade for The Defenders that informed both Dolby Vision and SDR outputs. Unlike HDR 10, which requires separate HDR and SDR passes, the Dolby Vision master can stream data for SDR and transmit content in the appropriate brightness for a viewer’s display. The drawback is that one pass must stand up to both HDR and SDR displays. Since dailies were conducted in SDR, much of the look was set in the colour suite, where D’Amore worked in the P3 colour space using DaVinci Resolve. D’Amore would execute an initial pass using a colour script provided by production that outlined preset character tones: red for Daredevil, cyan for Iron Fist, yellow for Luke Cage and blue for Jessica Jones. He also made sure the colour palettes were appropriately married into the scene. “Managing each character’s look separately was easy,” says D’Amore. “But the shots where they share the screen proved challenging, particularly fight sequences, which required an insane amount of tracking and shapes to ensure that each character’s colour story integrated well within the scene. And we had to make sure the grade worked in both HDR and SDR. Sometimes the colours would really pop in HDR, cyan in particular looks great, but when you switch back to SDR, it’s very muted in comparison, so we’d often turn off the HDR display and evaluate with fresh eyes. Dolby Vision has a wide colour gamut and highlight latitude, so we used it to bring out high resolution detail, and avoid blasting viewers with brightness. The format shines in the darker scenes; it’s shocking what you’re able to see.” 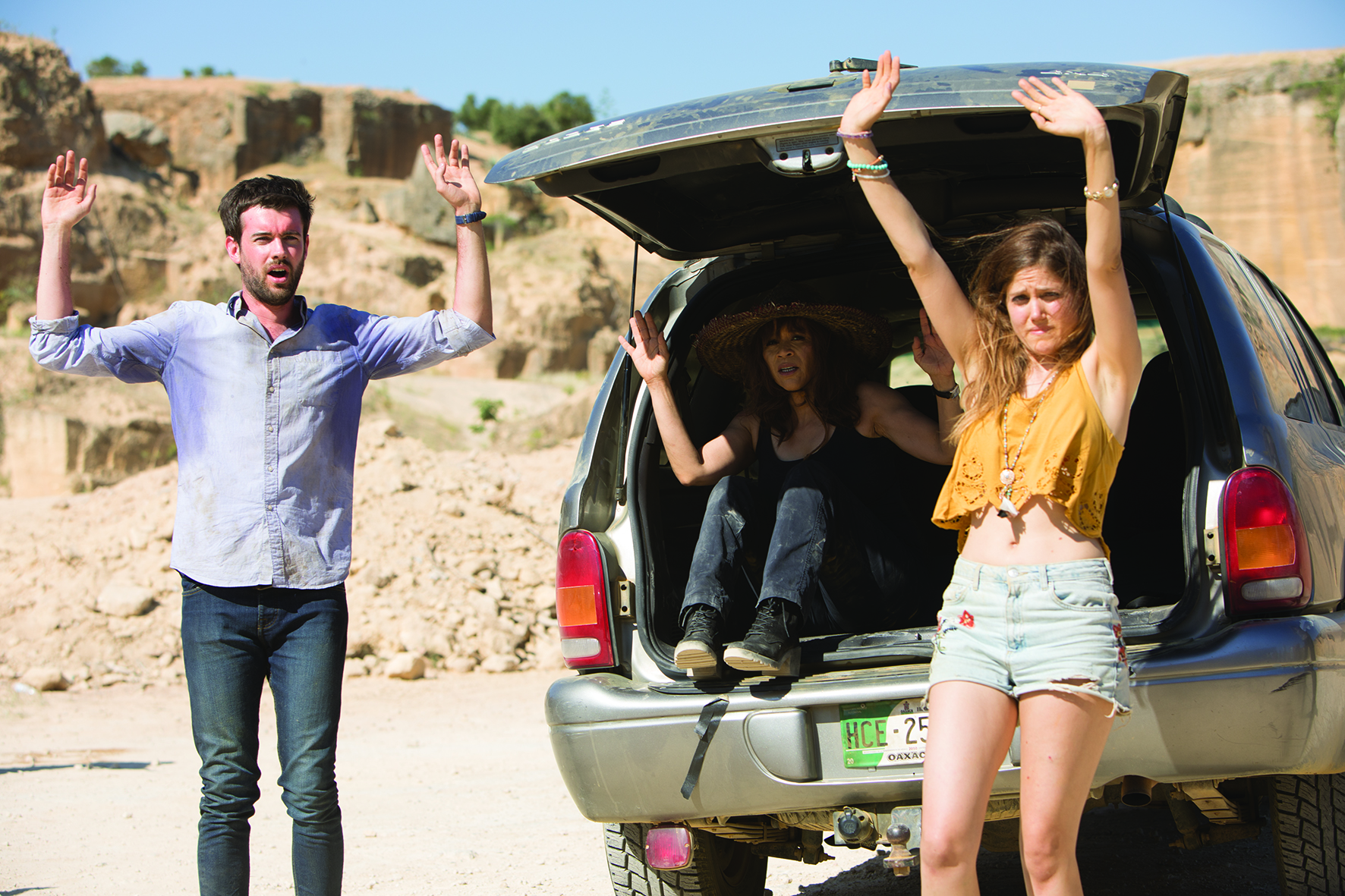 What did you have to think about when delivering in HDR? Delivering in HDR 10 ‘limits’ you to 1000 nits so the challenge is to find the right balance between using the additional headroom and not deviating too far from the SDR ‘hero’ grade.

What was different about working in HDR compared to SDR? HDR affords you a much broader dynamic range. The trick is to exploit this whilst remaining true to the intention of the original SDR grade.

What was your workflow for this? We used the same workflow as we would for any HDR feature we have done previously. We always grade from the source data. We never do the HDR grade from the SDR rendered master. This gives us the maximum latitude to adjust the grade for each type of delivery. For the HDR, we use the live SDR project and replace our display LUT to a Rec2020/PQ bespoke version. The live SDR grade, including secondary online effects etc. is used as the starting point and the colourist builds the HDR pass on the top of it. Because everything remains live, the colourist can unpick anything he would have done on the SDR grade to get the most out of the HDR grade.

What was the creative upside of HDR? The extra dynamic range afforded by HDR allows for a particularly strong image; far more vivid than SDR. HDR is particularly impressive when grading landscapes. The ability to significantly increase brightness in the sky whilst retaining detail gives the image extra dimensionality and a feeling closer to reality.

Are there any particular scenes in the project that really lent themselves to HDR? Bounty Hunters has three different locations, each with its own grade theme to separate them: New York – green, UK – neutral , Mexico – extra contrast with a yellow bias. HDR was particularly effective in all the Mexico scenes as I could push the contrast further without losing detail in the highlights. The result had the desired sweaty, scorched feel.

What advice would you give others? Care should be taken when choosing how much of the 1000 nits range is too be used. Pushing the highlights too far can result in an image so bright so as to be painful to watch, particularly when cut next to a dark scene.

Technicolor
The Trip to Spain 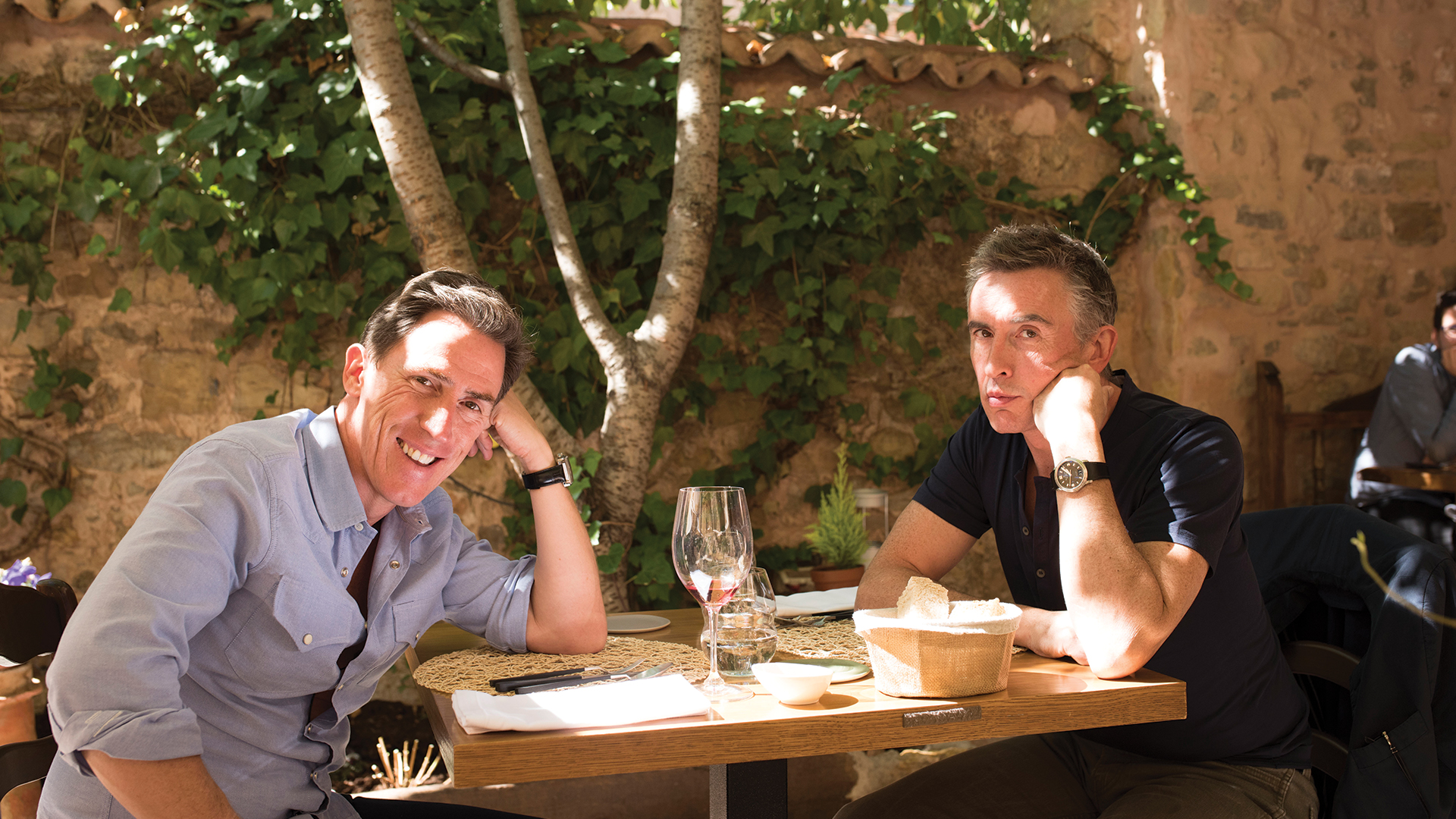 When did you know you had to deliver an HDR version? We discussed delivery of an HDR version before production began so we had time to prepare a workflow. Dan Coles did the SDR grade first, and we spent time discussing the Baselight setup so we could best translate his grade in to an HDR world. Alex Gascoigne did the HDR version.

What was your workflow for this? With any show with an HDR deliverable, there is always discussion as to which version to do first. As there was a feature-length SDR theatrical delivery for the US as well as the series for the UK, it made sense to do the SDR pass first. The drama was captured primarily on ALEXA Mini, with a DJI drone camera system used for aerial shots. Grading in Baselight on a Sony BVM-X300 display, we used an ACES workflow which allowed us to seamlessly switch between the SDR 100-nit and HDR 1000-nit grades.

What was different about working in HDR compared to SDR? Working in HDR gives access to a greater range of contrast and colour. Highlights can be significantly brighter, allowing more contrast in cloudy skies, for example. This opens up many creative possibilities but care has to be taken to avoid pushing the images too far from the original intent. Decisions have to be made as to how far to push the HDR grade relative to the SDR version. The Trip series is shot in a naturalistic style so pushing the look too far could detract from the performances. Having very bright highlights behind an actor’s head, for example, can direct the audience’s attention away from the subject.

What were the difficulties you encountered? Increases in contrast and saturation have a tendency to highlight elements unnoticed in the SDR grade. For example, in one of the interior restaurant locations, green spill from the trees outside was reflected by the large white shutters either side of the windows. In SDR this was quite a subtle effect, but in the HDR version we had to suppress the green significantly to avoid it being distracting.

What was the creative upside of HDR? The production made great use of drones to capture gorgeous sweeping Spanish vistas and we took the opportunity to really celebrate the range of warm earthy tones and blue skies.

This is Absolute’s vfx breakdown for mountain bike brand YT Industries’s new brand film, ‘Return Of The Goat II – New World Order’, starring Mads Mikkelsen and directed by Otto Bathurst through Smuggler. It was conceived by >>>

Sponsored Article from AJA Video Systems   Simplifying HDR Workflows for Live Broadcast & Sports Productions During the pandemic, expanded use of augmented reality (AR) and virtual cameras has enabled broadcasters to deliver a more enriching and >>>

Sponsored by Sony Professional Solutions Europe   Best Practice HDR for HETV Best Practice HDR for HETV is a practical one-hour panel discussion followed by a Q&A exploring the latest streamer expectations and best practice to deliver >>>
Prev Post
Next Post
This website uses cookies to improve your experience. We'll assume you're ok with this. I've read this
Privacy & Cookies Policy