Despite growing competition from the internet, television remains by far the most used platform for news.

That’s the verdict of new research published by Ofcom today, which showed that 78% of adults say they use their TV as a source of news

By comparison, four in ten (40%) use newspapers and just over a third (35%) use radio as a source of news. Almost a third (32%) use the internet for news. The average UK adult will use 2.1 platforms for the news, whether television, newspapers, radio and online.

The figures help explain why PRs will often move heaven and earth to get TV coverage for their clients, over and above print, radio and online.

However, the Ofcom figures reveal that TV news faces some challenges ahead. TV news audiences are older and tend to come from lower socio-economic groups, while younger adults aged 16-24 are increasingly using the internet to access the news.

Below are some slides of the key findings from the research: 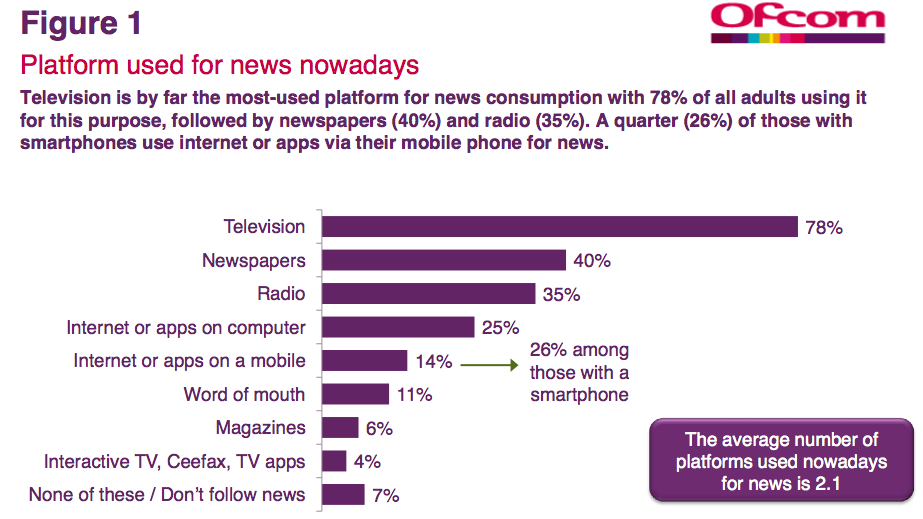 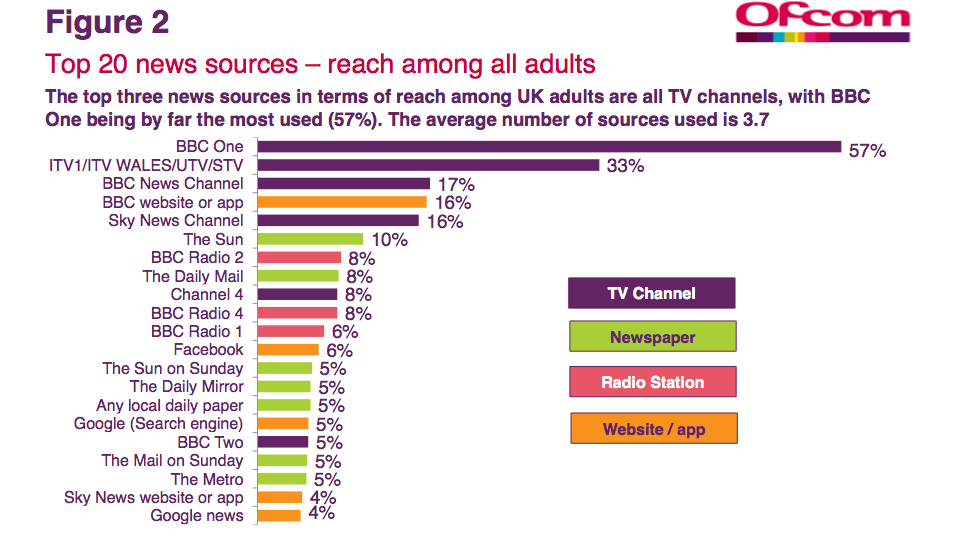 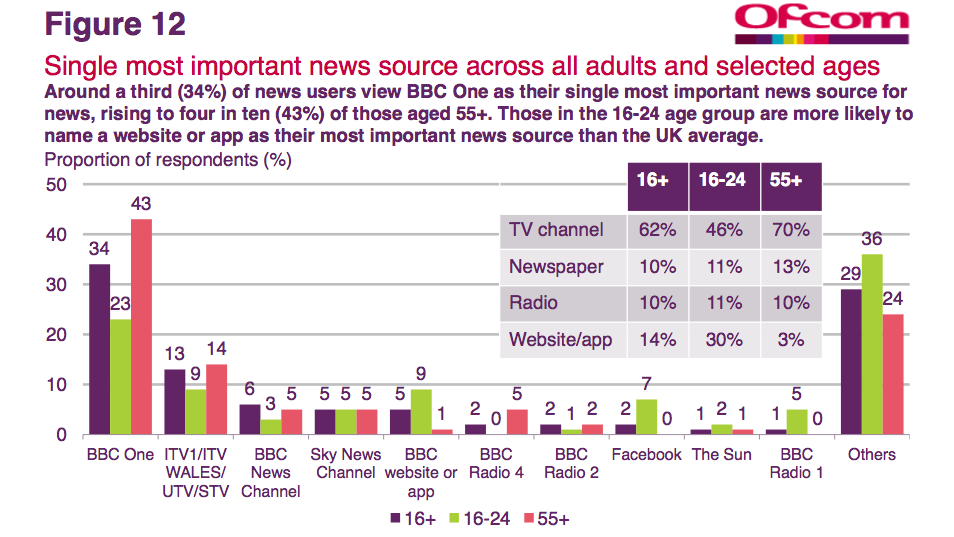