“And they say there is no money in television any more,” joked Richard Bacon.

He was speaking last night at the launch of Bear Grylls’ new Discovery series Escape From Hell.

Held at the iconic Battersea Power Station, the evening must surely rank as one of the biggest, showiest – and expensive – TV programme launches ever held in the UK.

Certainly, it seemed a reminder of those pre-recession days when broadcasters would think nothing of spending tens of thousands of pounds on events to promote channel launches or new seasons of programmes.

This, though, was for just one show.

The evening began with Bear Grylls emerging from the upper reaches of the vast Battersea Power Station, which was lit up specially for the occasion. 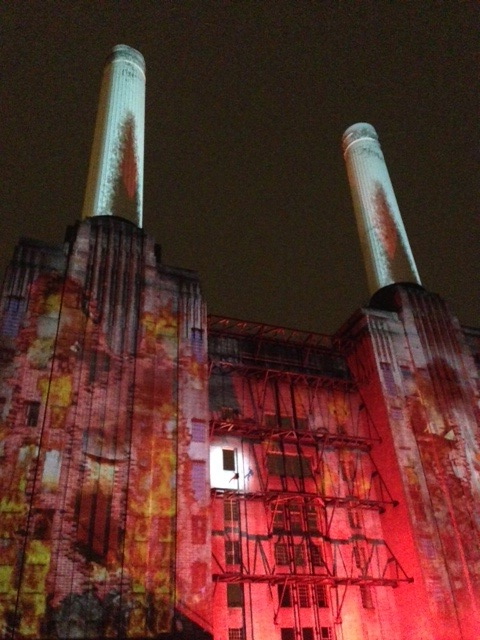 Amidst huge explosions and plumes of flames, he then abseiled down the building’s rugged exterior in front of hundreds of watching guests. (The flames were so high that two London fire engines were apparently dispatched to the event, alerted by members of the public who thought Battersea Power Station was on fire.)

Discovery president and CEO David Zaslav then introduced Grylls at a packed Q&A event, hosted by Richard Bacon, before the guests – including many Discovery staff and suppliers, journalists, advertisers, Scouts and Grylls fans – were ushered through to an adjoining marquee for drinks and food. 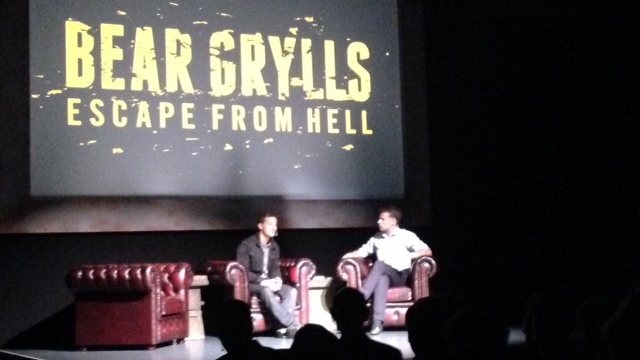 For Discovery, the evening seemed very much about putting down a marker in the UK, its most important international market.

Zaslav emphasized that Grylls’ new show – which is produced by Discovery’s UK indie Betty and sees the adventurer relive true stories of survival in the wilderness – would be broadcast to a potential audience of billions given Discovery’s global reach. (Discovery says it has global operations in over 220 countries and territories with more than 2bn cumulative subscribers.)

The evening also powerfully underlined how important a talent like Grylls, who seems to embody many of the values that Discovery likes to project, is to the broadcaster.

Grylls has made seven series of Born Survivor (or Man vs Wild as it’s known internationally) for Discovery, and has become a global star as a result. Not only has he cracked the important US market, but he has a massive fan base right around the world.

And, clearly, Discovery and Grylls have moved on from their falling out last year when they stopped working together. (“Due to a continuing contractual dispute with Bear Grylls, Discovery has terminated all current productions with him”, said Discovery at the time.)