The cameras and editing kit that Sir Ranulph Fiennes is taking on his 2,000 mile journey across the Antarctic need to be incredibly robust to work in an environment where temperatures drop to -70ºC.

Fiennes is leading a team of five other explorers across the Antarctic in the middle of winter. No one has tried a winter crossing of the Antarctic before, largely because the weather is so cold and unpredictable and it is dark 24-hours a day.

The expedition, dubbed The Coldest Journey, is planning to document their experiences, sending footage via an Iridium sat-link to global news outlets, including the BBC, and also posting frequent video blogs to be viewed by schools.

But there are huge challenges involved in filming at such temperatures. It’s so cold that if a bare-hand touches a metal camera part, it will stick fast to the skin. And, crucially, the expedition needs cameras and kit that can function in the extreme cold. 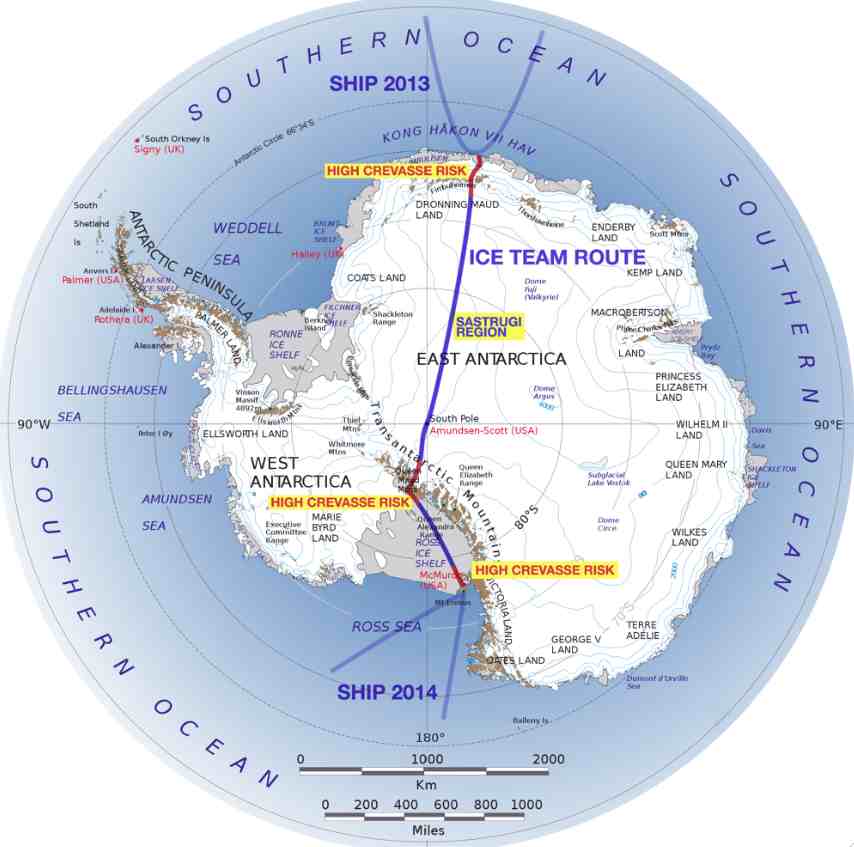 So it’s something of a coup for Panasonic that the expedition has chosen to use its kit.

The team will be using a mix of professional and consumer cameras – from the AG-HPX250 P2 HD camera through to the HC-X900 camcorder and compact still cameras. Footage will be edited on the CF-53 Toughbook mobile PC.

Panasonic kit already has a reputation for hardiness, used by natural history film-makers on series like the BBC’s Frozen Planet. But The Coldest Journey team wanted to test the kit for themselves, and earlier this year put it through its paces at a shoot in Sweden. Temperatures dropped below -60ºC. “The kit stood up remarkably well to the cold,” says The Coldest Journey operations manager Tristam Kaye. Key considerations were how the cold affected battery life, and fogging on the lenses. 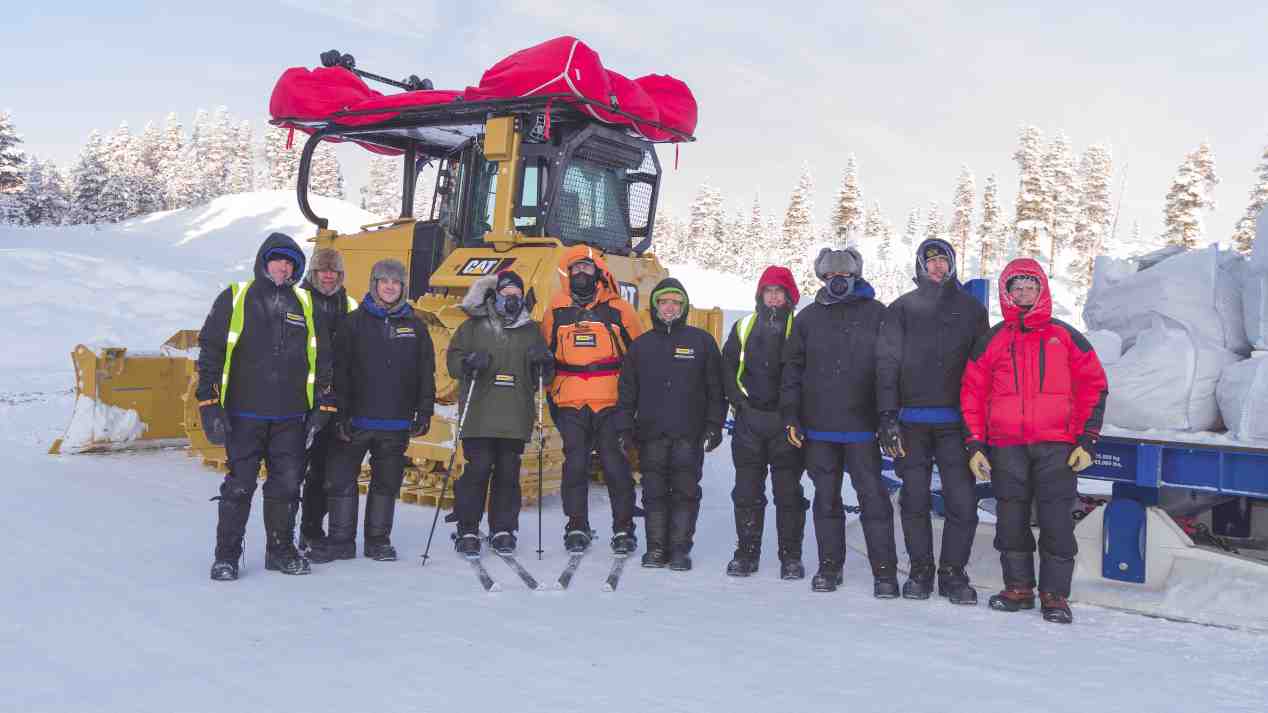 Spencer Smirl, The Coldest Journey’s lead equipment technician, who is travelling with Fiennes, says the team has had lots of training in editing and filming so they can regularly send film packages back to broadcasters. But it’s likely to be a slow process. He notes that it can take days to send each film via the Iridium sat-link as they will only be able to upload at speeds of 128k per second. That, however, is likely to be the least  of their worries in the hostile Antarctic environment.

The team’s expedition boat SA Agulhas set out in December from London for the Antarctic. It departed on its last leg to the continent from Cape Town this week, and the explorers will begin their 2,000 mile journey across the Antarctic on the 21 March. 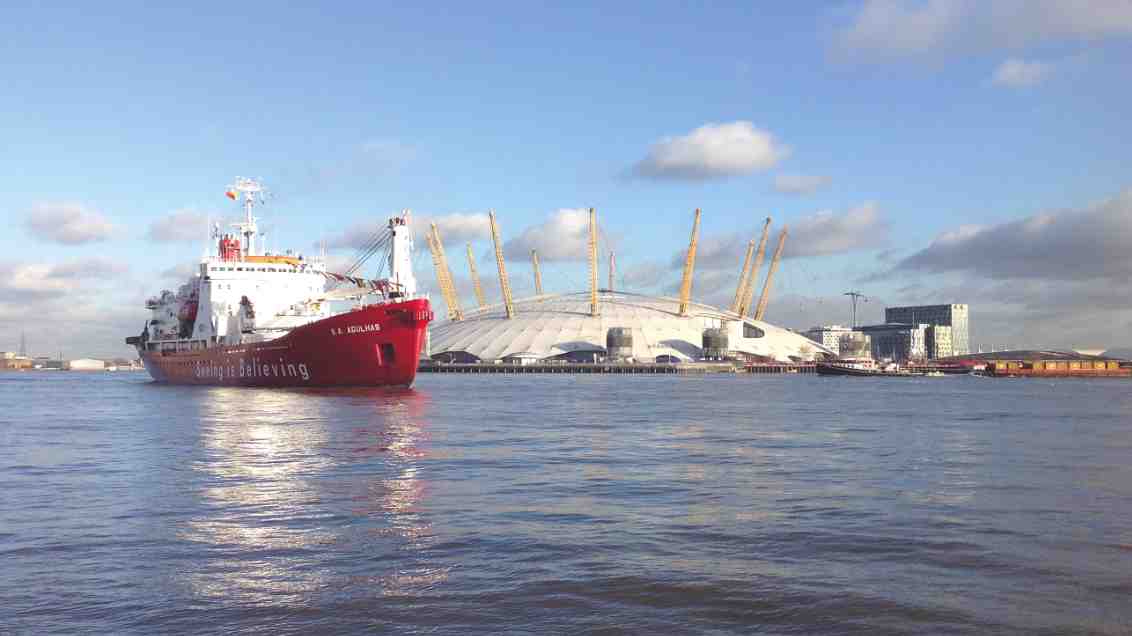 Sir Ranulph will lead a two-man ski team. Behind them will be industrial sledges, each with a modified shipping container on top. Inside two of them are living quarters and supplies, and in the third, a science lab. Behind these are 14 smaller sledges, transporting fuel. All will be pulled across the Antarctic by two customized bulldozers.

The Coldest Journey is aiming to raise $10m for charity Seeing is Believing.