Features & Opinion07.12.12
The Snowman and The Snowdog: Behind the scenes

‘Classic’ is a word often bandied about in TV, but The Snowman surely earns it. So creating a sequel on its 30-year anniversary was both a privilege and a daunting task. Jon Creamer reports

The screening on Channel 4 of The Snowman, the animated version of Raymond Briggs picture book, is as much a part of British Christmas telly as the Queen’s Speech and the Bond film.

Raymond Briggs’ story of a little boy who flies across the world with his Snowman friend first aired on Channel 4 when the broadcaster was born 30 years ago. And almost ever since, the film’s producer, John Coates had tried to convince Briggs to agree to a sequel. Briggs had always said no, the Snowman melts at the end of the story and that’s that. 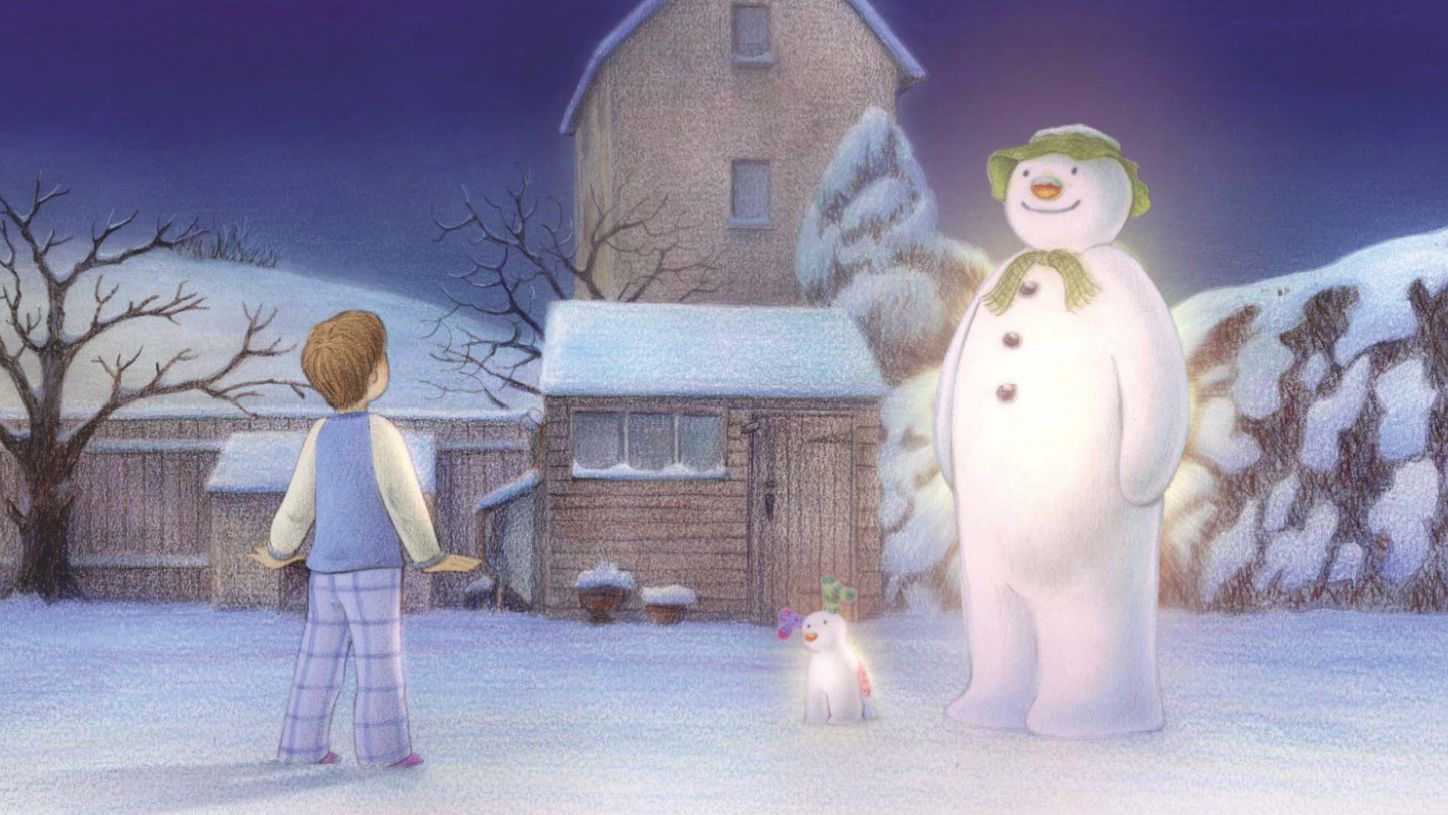 But with the 30-year anniversary approaching, Briggs’ opposition also began to melt. Coates [who sadly died earlier this year], along with Lupus Films’ Ruth Fielding and Camilla Deakin, now had Hilary Audus and Joanna Harrison on board as director/writers, two of the original film’s animation team. An initial pitch to the newly ensconced Channel 4 chief creative officer Jay Hunt also came back with an immediate ‘yes please’ followed by a swift commission when the script was completed and Briggs’ blessing too. 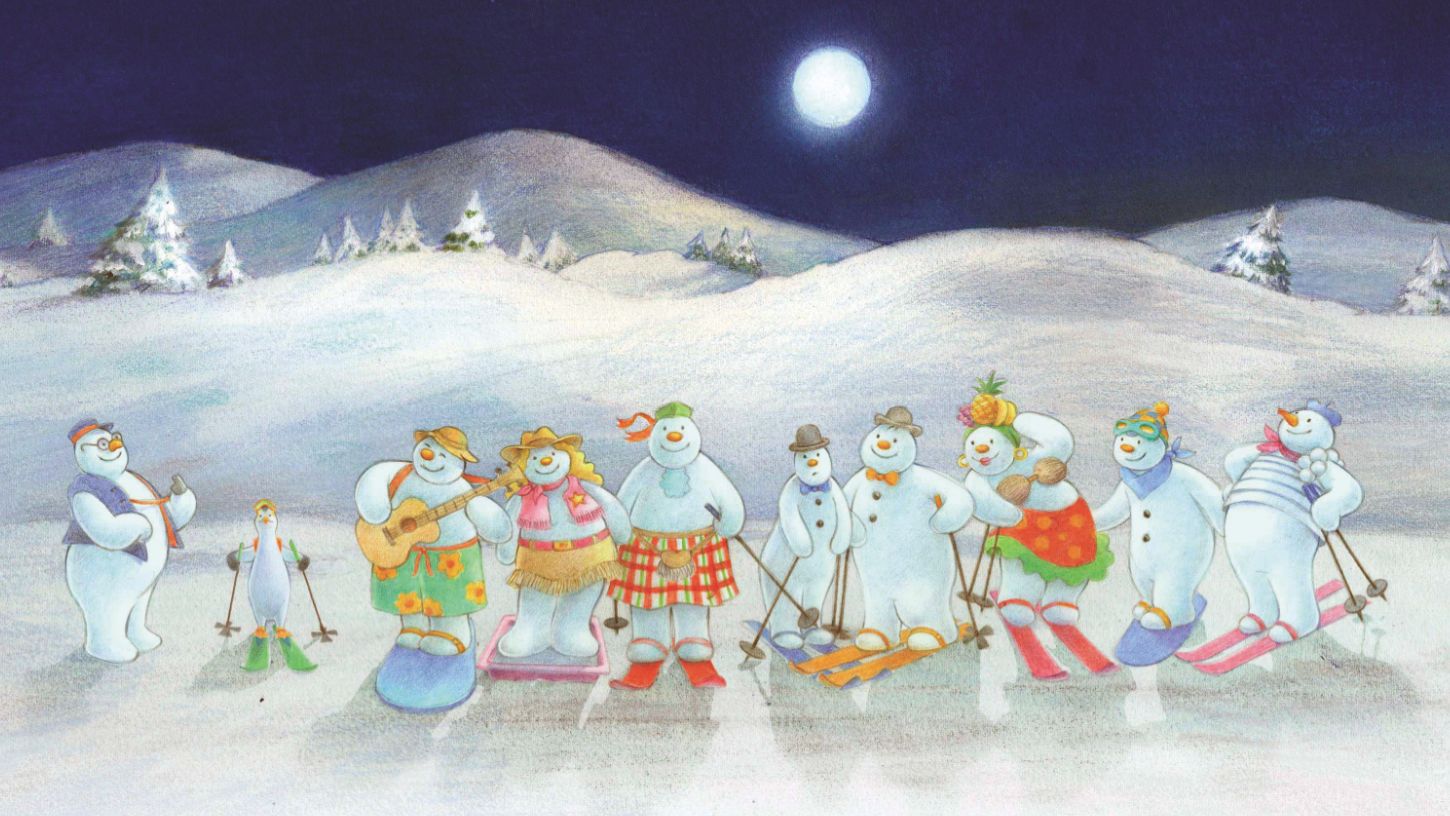 The commissioning process may have been smooth but, says Fielding, “There’s a lot of expectation and weight on our shoulders.” There’s a ready-made audience, but it’s an audience that’s very protective over the film. “You know when you’re making it it’s got to be so good,” says Deakin. “It’s made with the same care and attention and love and devotion by a lot of the same artists as the first film. I don’t feel any doubt that people will fall in love with it.”

The sequel’s balancing act has been to keep as close to the original as possible while changing it enough for today’s kids brought up on a faster paced animation style. “We wanted to make the film look like the original but mean more to audiences today,” says Fielding. “We wanted the production technique to look like Raymond’s original drawings but to have the vibrancy and depth that audiences expect from a Pixar movie.” 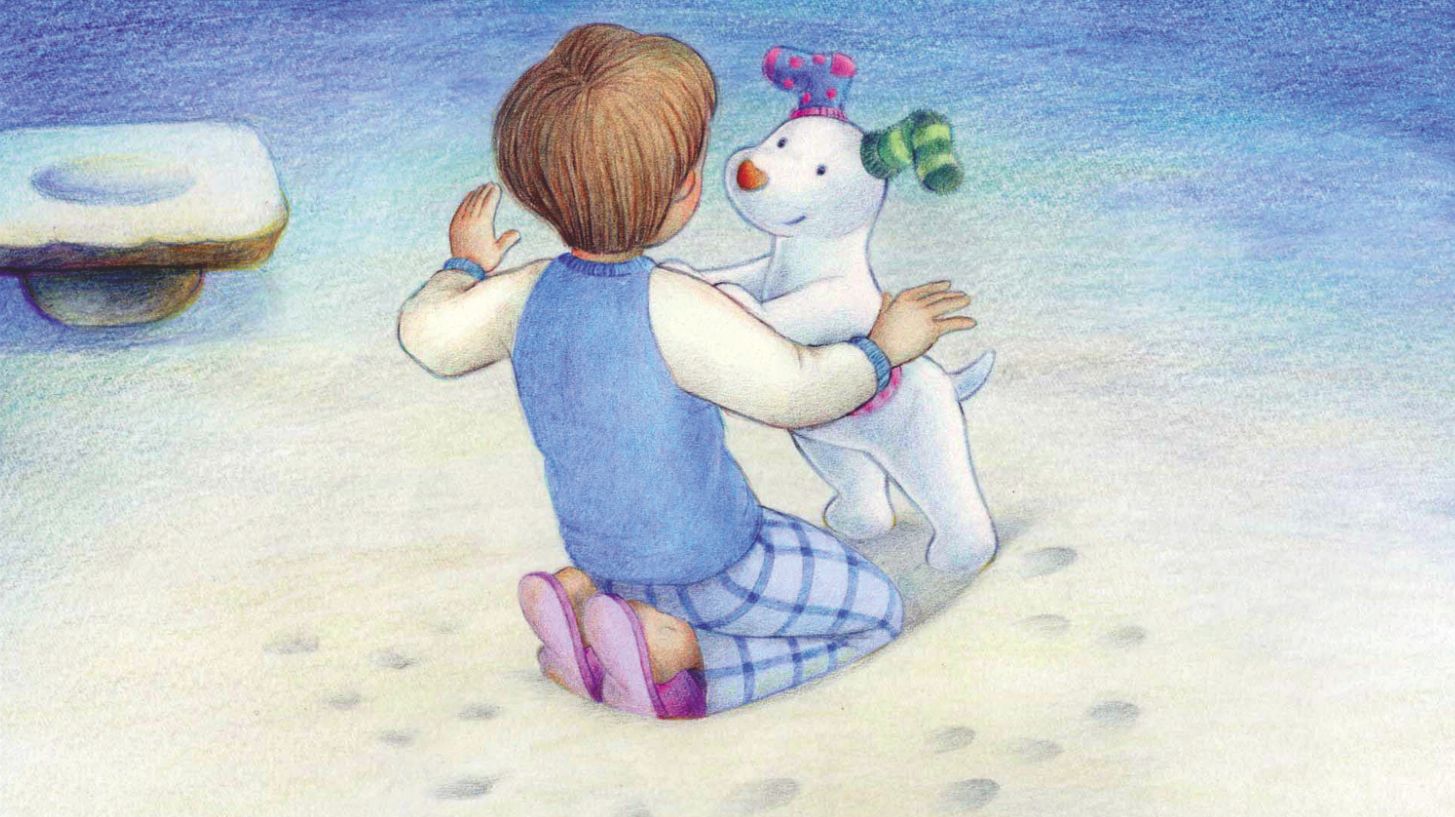 And the need to keep to that Raymond Briggs illustration style also meant keeping the animation techniques as close as possible to those used 30 years ago. “The original was made on cell but you can’t get enough cell to make any thing longer than an advert now,” says Fielding. “So we decided to animate with Caran d’Ache pencils on to paper.”  But hand rendering with pencil is a technique almost never done now, and certainly not for a film as long as The Snowman and the Snowdog. So the production needed to find animators with experience of the process. “We managed to get eight people who’d worked on the original to work on this one,” says Fielding. “Layout artists, storyboard artists, animators.” Some of the animators “literally hadn’t worked in this way in years and were doing book illustration or gardening or window cleaning,” says Deakin. The production also had to train young matte artists and renderers. “People don’t do hand rendering in pencil now,” says Fielding. “People thought we were mad. They said ‘surely you can create that texture in Photoshop and then put it into After Effects?’ But you can’t, you don’t get that beautiful ‘boil’.”

There were initial tests to try to get the Snowman look but with modern methods. But software packages prefer clearly outlined elements and couldn’t cope with the hazier, pencil drawn outline of the Snowman characters. “We tried various plugins. Some software manufacturers even offered to design plugins for us but it just didn’t look the same,” says Fielding. “And we thought ‘we either need five After Effects animators or eight hand drawn renderers, so let’s get them out of retirement.” 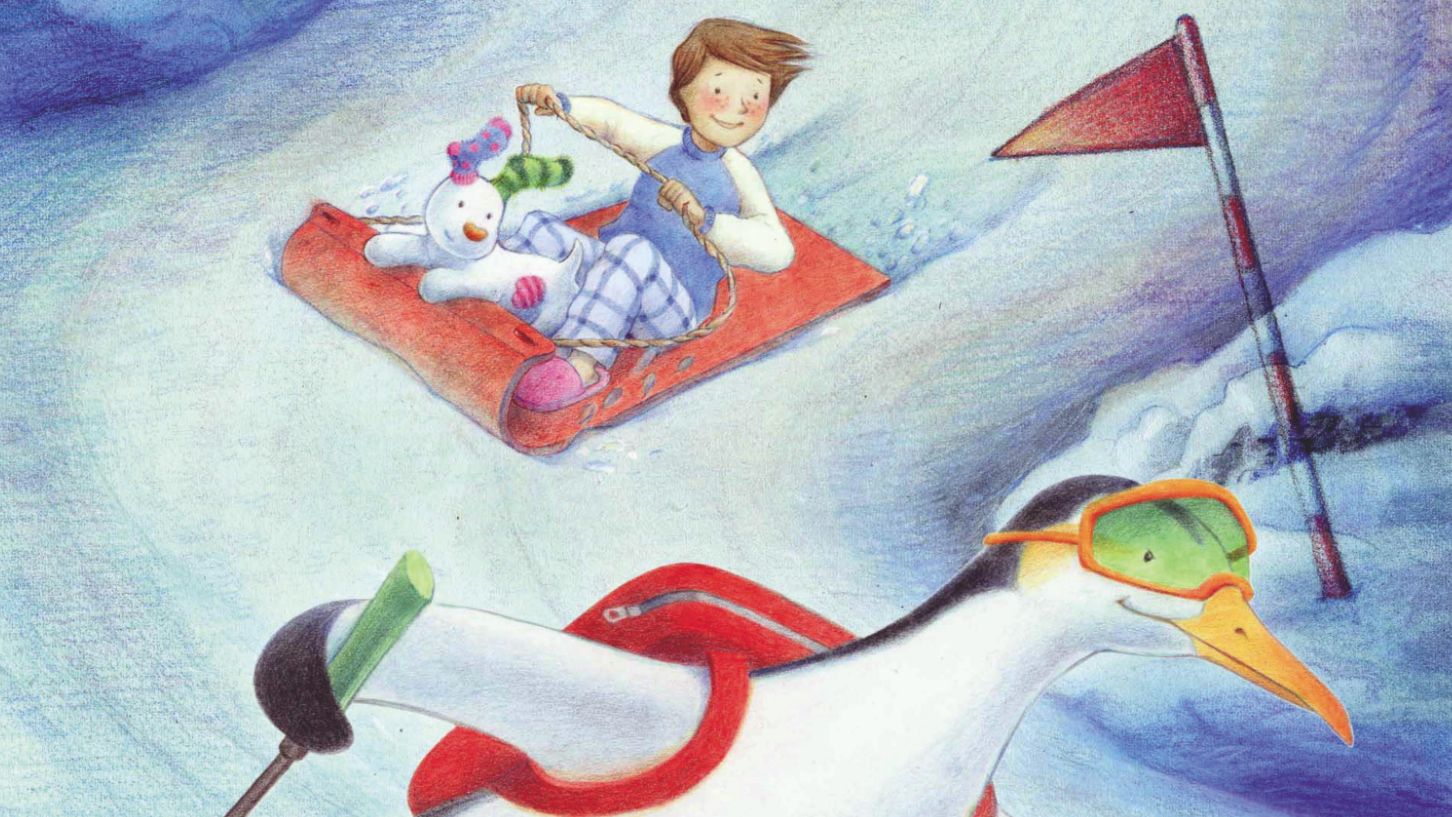 The decision was also taken to keep a British classic in British hands. Rendering was entirely completed by a team working out of Lupus’s Islington studio, and that helped the film creatively, says Deakin: “For everyone in the studio, the original film means something. If we’d shipped all the animation off to the Far East, the people animating it wouldn’t know what the characters meant. You feel the love in this film. That does come through.”

But while the sequel strived to retain the warmth of the original, it still had to reflect the fact that 30 years have passed, and kids reared on Pixar and DreamWorks movies expect more pace. Animator Robin Shaw, who directed the Snowman pastiche Irn Bru ad, was brought in as he’d perfected the art of creating moving, spinning, more dynamic backgrounds in pencil rendered animation. There’s also greater emphasis on action, with a downhill race involving the world’s snowmen and plenty of slapstick. There are even a few bits of cg (covered over with pencil of course), used to create vehicles in the film, which also give proceedings more pace. “What you don’t want to do with a sequel is go too far away so it doesn’t feel like the same family,” says Deakin. “Every element has be new and fresh and a surprise. But at the same time it has to reference the original so it feels like two parts of a whole.” 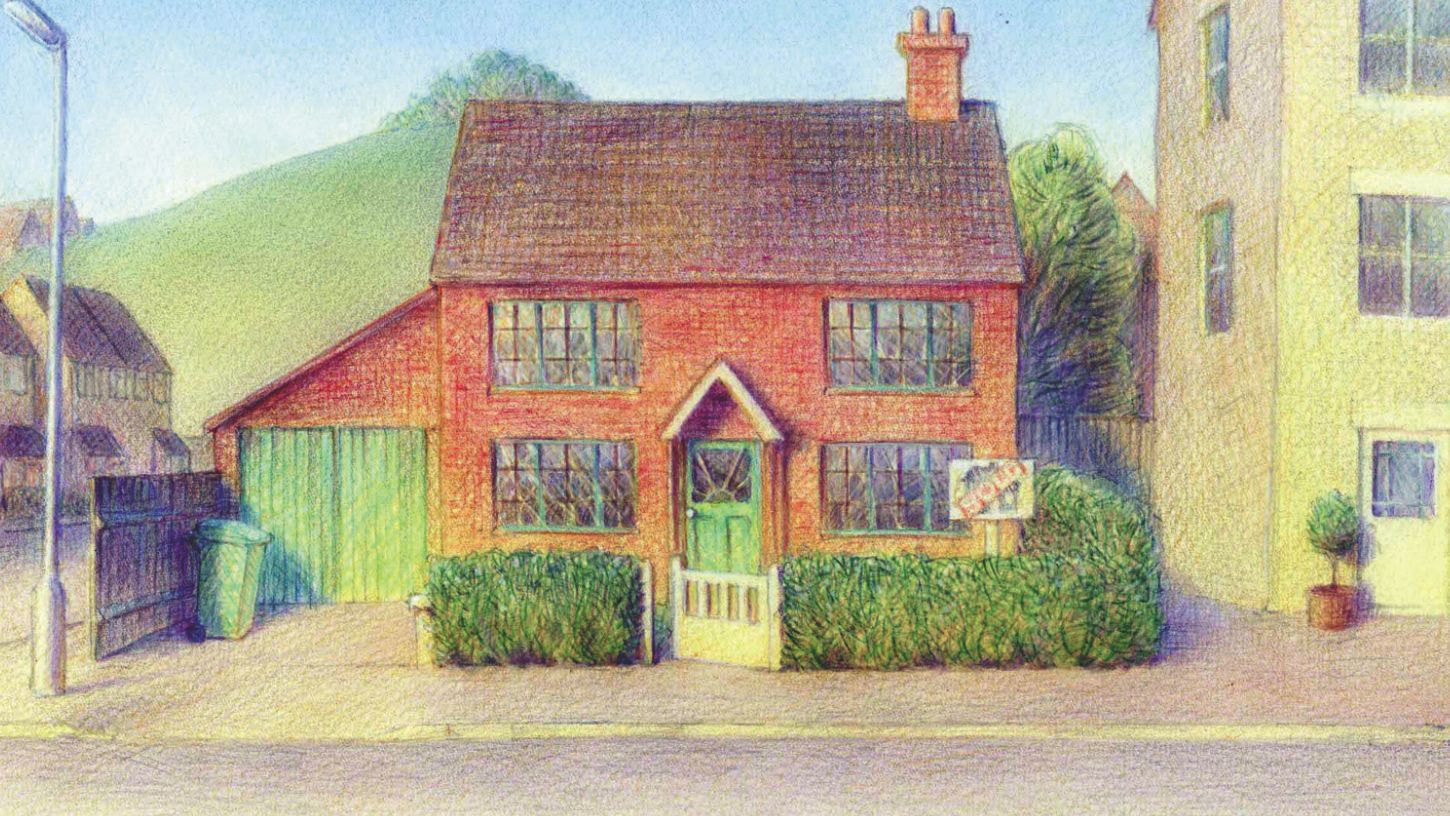