In an era when plenty of UK animation is farmed out abroad, We’re Going Bear Hunt stands out. C4’s Christmas special has a classic, timeless and very British feel – so it comes as a pleasant surprise to find the 30-min special has been produced by a crew of up to 100 working out of producer Lupus Films’ Islington HQ.

Lupus previously produced C4’s The Snowman and The Snowdog. Like that film, Bear Hunt is a 2D, hand drawn animation. However, there is a big difference. Bear Hunt was not hand drawn on paper but onto computer screens using TV Paint software. Many of the backgrounds were painted traditionally onto paper (and then scanned in), but the animation and colouring were done digitally.

It made the production process a lot quicker, says producer Ruth Fielding. It is a point echoed by co-director Robin Shaw, who was also the art director on Lupus’ recent feature animation Ethel & Ernest. “Technology has made it easier and faster,” he says. But, he adds, it can also present difficulties. “You can go completely down the wrong alley if you are not careful.” In particular, there was a risk that the animators, liberated by the technology, might put too much energy and detail into their scenes. He compares it to an actor who might overact. 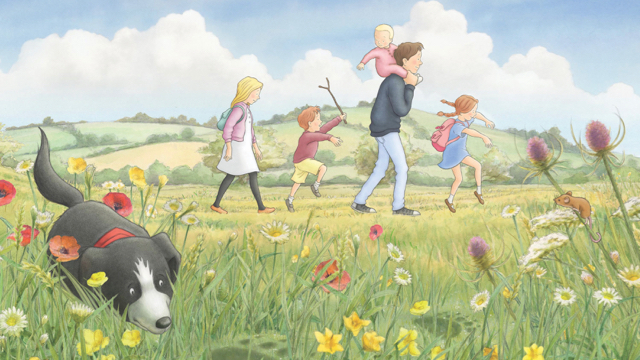 Throughout, therefore, the mantra was to “keep it simple”, says fellow director Joanna Harrison, so that the story could shine through. “We wanted it to be a totally natural animation – no cartoony stuff, no anime – so the animation didn’t get in the way of the story.”

Harrison began developing the story last September. In many ways, she had to completely reinvent the book, expanding what is a very short tale into a script with enough story for a 23-minute animation.  “You start with the book,” she says. “But books don’t translate very well into films. So you have to expand the story.”

Harrison began her animation career on classic 1982 animation The Snowman. “I wanted to make another film like that – one that really touches people’s hearts and that you can be proud of.”

Shaw expands, saying the ambition was to make “something that would be evocative of family films of yesteryear, classic children’s films like Swallows and Amazons and Whistle Down the Wind, full of children actually being centre stage and allowed to be unsupervised and to get into situations that aren’t necessarily the safest situations.” Shaw continues: “Jo and I determined right from the start that it was going to be done in a certain way.” Because once you start, there is no turning back, adds Harrison, likening animation to “a great big tanker” where it is hard to change course midway through.

Once development (the treatment, script and basic character design) was completed, pre-production kicked in with the construction of storyboards, recording of the voices (Olivia Colman, Pam Ferris and Mark Williams), the production of the animatic (which sees the storyboard panels edited together with timing and sound) and the start of sound design and music as well as detailed character and location design. 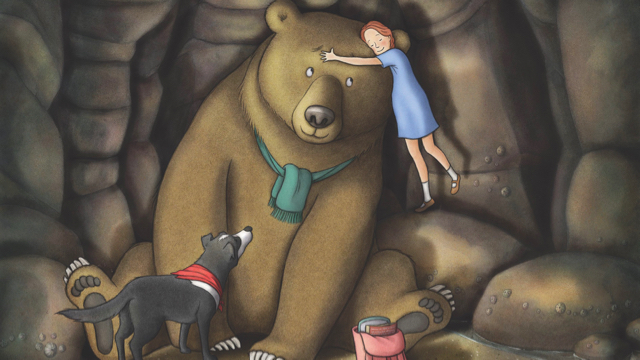 Production itself began in earnest in March. In total, some 30 animators worked on the series, with each individual animator having a target of five seconds of animation a week – which means about 12-15 drawings in a day.
Production was carried out in stages at Lupus Films, whose Islington HQ has enough room for about 50 staff at a time. When Televisual visited, the building was crammed full of background artists, animators, animation assistants, editors and compositors. It’s a reminder that the biggest challenge in creating animation is organisational – bringing together all the work of every single crew member.

Lne producer Isobel Stenhouse stresses the complexity of each stage. She picks out the work of the 24 animation assistants – many of whom are recent animation graduates and have been trained up to work on the film – who clean and in-between the animators’ original drawings. “It is seen as an assisting role, but you are not really assisting anyone at all…there is a very high level of draughtsmanship involved,” says Stenhouse.

She also flags up the work of the compositors, who bring together all the final elements and who apply camera moves, textures, additional FX and lighting. “It is probably the hardest task in here,” says Stenhouse. “People don’t really understand what goes into it.”

In fact, this is true of the entire process. Like so many great animations, the deceptively simple end result masks an incredibly complex and time-consuming production process.