At Falmouth University’s School of Film and Television, we are investing in independent, micro-budget productions in order to help create and shape our fast changing industry (hand in hand with our students) while they study.

At a time when the means of production and distribution are developing so fast, we believe that opening alternative routes for emerging UK filmmakers to articulate their creative practice and providing students with invaluable real-world experience is a crucial role for modern film schools.

Independent films are finding new audiences via new distribution platforms and there are new opportunities for creativity and diversity in the industry. However, the latest BFI Statistical Yearbook shows that the number of domestic UK features with budgets of under £500,000 is down again, from 147 in 2014 to 64 last year.

In response, Falmouth University is making direct financial investments into the production of independent micro-budget feature films, as well as providing support in kind with access to our world-class equipment, facilities and staff. The films are written and directed by emerging UK talent and have professional heads of department, but are entirely crewed by our students.

We have commercially invested in six productions to date, productions that otherwise would not have been made. Our latest release, Wilderness (2016), was entirely financed by the University and is about to receive its world premiere at the 2017 Cinequest Film & VR Festival in San Jose. 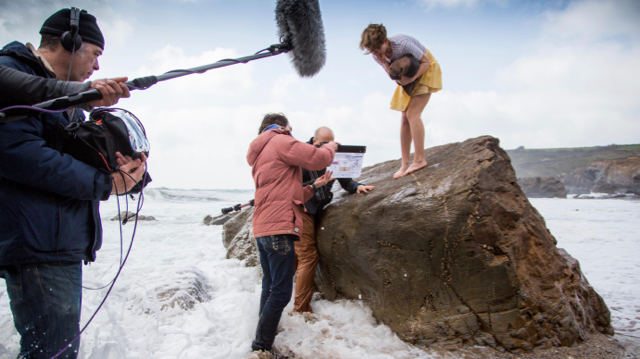 Such is Falmouth’s growing reputation as a hub for micro-budget production that producers are now approaching us. In January, Tuppence Middleton (War & Peace) and Cobie Smulders (How I met your mother, Jack Reacher) are shooting a feature on our campus. We invested money to seed fund the production and now 25 students are crewing on the film and working in the edit and audio post. The film, Songbird, directed by writer/director, Jamie Adams is produced by Unstoppable in London and only got off the ground with the full committed backing of Falmouth.

Our investments are not only providing our students with unrivalled real-life experience and delivering a new, innovative model for the finance and production of micro-budget films, it is also fostering a growing community of filmmakers and production in Cornwall, one of the most deprived, but creative areas of the country.

Falmouth is the only university in the UK making investments and driving independent UK micro-budget film production on this scale. We’re able to do so, in part, thanks to the structure of the University, which is founded on a spirit of entrepreneurialism and built on departmental autonomy. However, we think that the benefits of this model – for our students, industry and regional economy – are such that it could and should be replicated elsewhere.