How complex has the project been?
PC:    The brief was to make 13 half hour episodes. Each one was to be a mini movie in its own right. There haven’t been any taboos – we’ve tackled feast, famine, flood, schools exploding, time travel… We’ve built 35 sets, including the library set that was 16 ft long, 14 ft high with 13,000 books molded into the fabric of it. We’ve made 4000 individual props. We’ve made 60 puppets and a cast comparable to a high-end animated feature. There’s nothing spared in its ambition and scale.
KVH:    Each episode is like its own genre movie so there’s an enormous amount of work. The brief from Josh [Weinstein] the show runner has been let rip. Whatever is brilliant, let’s do that.

Does the mix of techniques add a lot of work?
KVH: It’s a live action shoot with a film crew – a room full of 30 people plus puppeteers but then once that’s done every single frame has cg added to it to create all the characters’ blinks and mouth movements. Then anything that can’t be encompassed in the live action is done in stop frame. It’s literally the worst of all worlds but that’s why it doesn’t look like anything else. 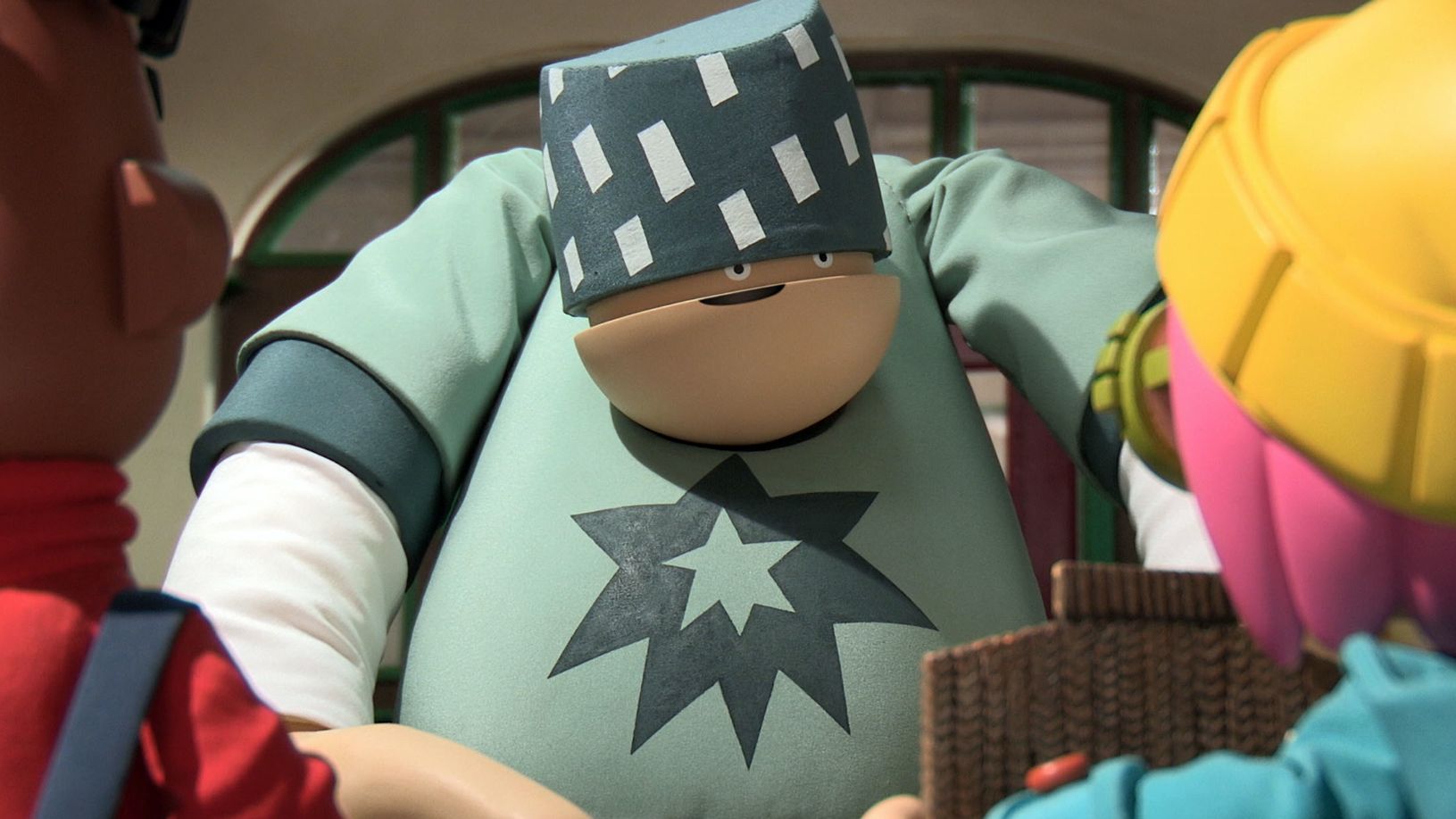 What do puppets bring to the party?
PC: The great thing with shooting live is you can get that extra nuance of performance. If the puppeteers feel they want to create a certain look and feel they’ve got the freedom to do it. That’s very difficult in strict animation when its been storyboarded to the nth degree, frame by frame.
KVH: In animation, if a character was to get knocked over there would be some humour in that but there’s nothing as funny as a physical character getting knocked over. That translates all the way through the show. It’s restricted by using puppets but it’s also incredibly free. You get this really dynamic look.

How much movement do you get from the puppets?
PC: With rod puppets, providing you’ve got the linkages right and the angles right you get quite a degree of freedom. There are five rods per puppet – a central rod stuck up the centre with a gimble joint with a trigger so you can pitch and yaw and rotate the head and then a rod per arm and per foot. 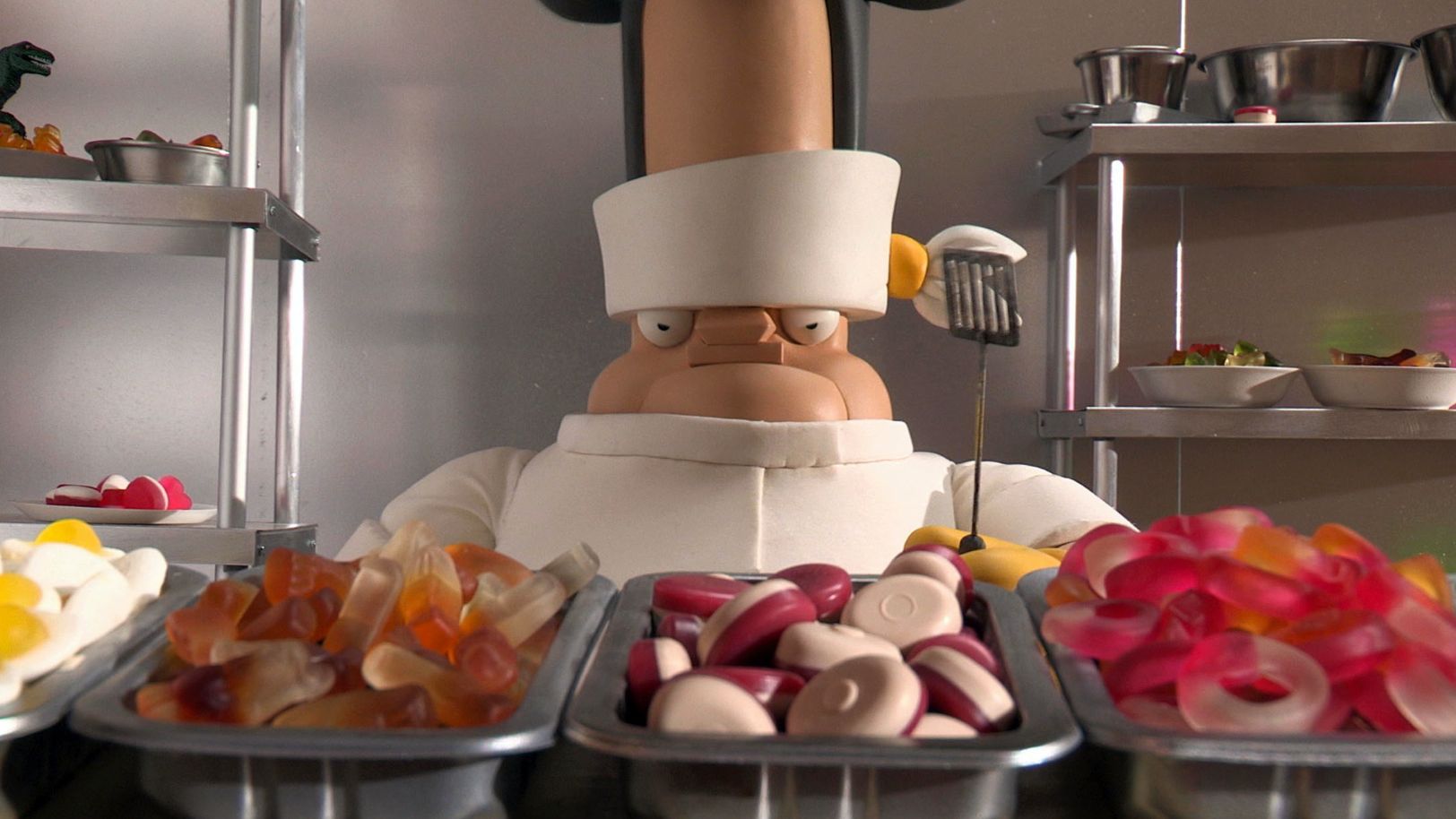 The characters’ mouth movements are made in cg?
PC: The original concept was that we’d just use facial performance recognition software where we can just play the voice track and we’ll get perfect animation curves that will apply to each character and that will be semi automated. How wrong we were. In reality when we key framed it in post we got more believable performances. We thought we could semi automate at least 50% of the post processes but the reality is that’s been no substitute for great animation.

Why use stop frame at all?
KVH: The initial brief was to do everything live in camera but there are some things that are not physically possible live. Rather than resorting to cg, Phil said let’s do them in camera but in another technique. It’s about sticking with what you set out to do, which is to point the camera at something and film it.
PC: In the second season, one of the episodes has a Wereteacher. To create the character’s transformation we’re going to make replacement sections of his arm and physically see all the hairs sprouting from it. So we’ll do that stop frame rather than in cg. We want to keep a symmetry between the live action puppet stuff and the effects, so we’ve kept as much in camera as is physically possible. Though we’ve counted the number of effects shots we’ve done in post so far and there are still 13,000. 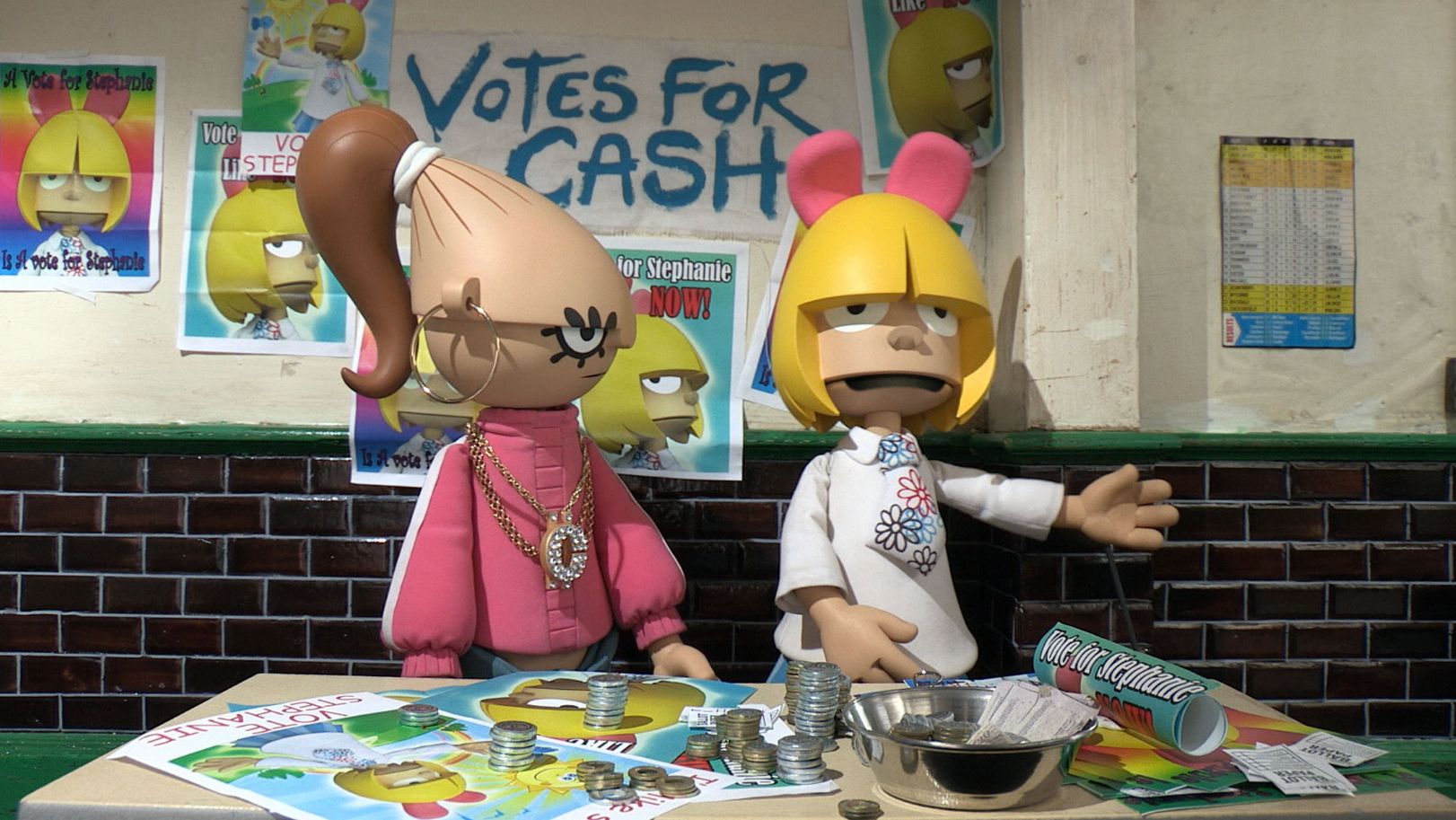 What was the thinking behind the character design?
KVH: Really stylised simple shapes. It’s taking the simplistic geometric art of collectible toys and applying it to puppets. On our noticeboard we’ve got a picture of an orange with a Toblerone shoved through the middle. That’s our brief – geometry.

How has the team reacted to working outside of their usual disciplines?
PC: When we started the journey I don’t think any of us knew what we were getting into. We come from a traditional animation background and this is a hybrid between stop frame and live action. It is a live action shoot but with many of the disciplines of animation. On a stop frame shoot you have six individual sets, and the animator will work alone and the director will come and set up shots once or twice a day and then they produce their 11 seconds. But we need 12 people under the set and in terms of setting up each shot we could be looking at two hours per shot and getting 20 seconds maximum on that one set up.
KVH: Everyone has a massive amount of experience but on this everyone is out of their comfort zone. It’s pushed everybody slightly out of their little genre. It’s definitely given the project a real energy.