Despite the UK’s reputation for quality filmmaking, indie production is still a struggle. Here three indie producers talk about the reality of making films in 2014.

By most accounts, times are pretty good for the film industry, with big budget shoots like Star Wars, The Avengers and Antman keeping UK talent and facilities busy in 2014.

The UK is less strong, though, in the smaller scale independent sector. This was a point highlighted by Lord Smith in an update last month to his 2012 Film Policy Review. Smith noted that British independent film’s share of the UK theatrical market has averaged only 6% over the past 12 years, and is also largely dependent on a small number of high grossing titles each year – like The King’s Speech and The Iron Lady.  He said: “Despite the excellence of our independent filmmakers, they still all too often struggle to get their movies financed, distributed and seen.”

With this in mind, Televisual spoke with three of the UK’s leading independent producers – Charles Steel, Damian Jones and Will Clarke – to ask them about the reality of producing indie films in 2014.

Charles Steel, Cowboy Films
Steel runs Cowboy Films with producer partner Alasdair Flind, and between them they have amassed credits including How I Live Now, The Last King of Scotland and Marley as well as TV drama Top Boy.  Even so, it’s taken Steel some six years to approach the finishing line on his latest project, Black Sea. Directed by Kevin Macdonald, the adventure thriller sees Jude Law play the captain of a salvage submarine hunting for gold at the bottom of the Black Sea.

Black Sea was originally conceived by Steel and Macdonald as a low budget, genre television movie for C4. Set in the grimy, claustrophobic world of submarine salvage operators, it was envisaged as the antithesis of blockbusters like The Hunt for Red October. They brought in Dennis Kelly (Utopia) to write the script, which turned out to be strong – strong enough, in fact, that C4 felt it could sit in the theatrical market. So rather than rush the project out as a lo-fi TV drama, Cowboy began developing it as a feature with Film4.

With Macdonald on board, Black Sea was a hot property. MacDonald wanted the film to feel authentic and quintessentially English, so was keen to cast a Brit in the lead role. Jude Law was approached and, keen to take on something different, he boarded very quickly.

Reflecting on the time it’s taken to get Black Sea made, Steel says: “You need to have the ability to ride with the time it takes. You just have to have perseverance.”

Cowboy Films comprises five staff in total, but works across television as well. “As a film company, you need some other thing. I don’t know how you survive just doing British film alone.” Steel says that even good producers can’t guarantee that all the disparate elements it takes to make a film – the cast, the script, the director, the financing – will come together at the right time. “Independent film is hard work and tough,” he acknowledges. “Things can be way out of your control.”

The most important factor, he stresses, is getting the “right balance” for a project. You need a good script and a good director – plus a budget that is appropriate for the film, and a strong cast. “Once the balance is right, there is money to be got. It is always hard to produce, yet there is always a way.”

“But I also believe that the projects that do get made are the most deserving – the cream rises to the top. There is always a reason why a project doesn’t get made, even if you only realise it in hindsight. It’s normally that the script wasn’t stong enough, or the cast wasn’t good enough, or the director was too expensive, or someone else was doing a similar subject but better.”

Independent producers who want their films to be among the few that are made, must therefore package them accordingly, adds Jones.

Jones’ next film, Belle, is directed by Amma Asante and is about to hit cinemas this spring. The story of a mixed–race girl raised as an aristocratic lady in 18th century England, Belle has taken six years to make and was, says Jones, “a project that everyone turned down.” 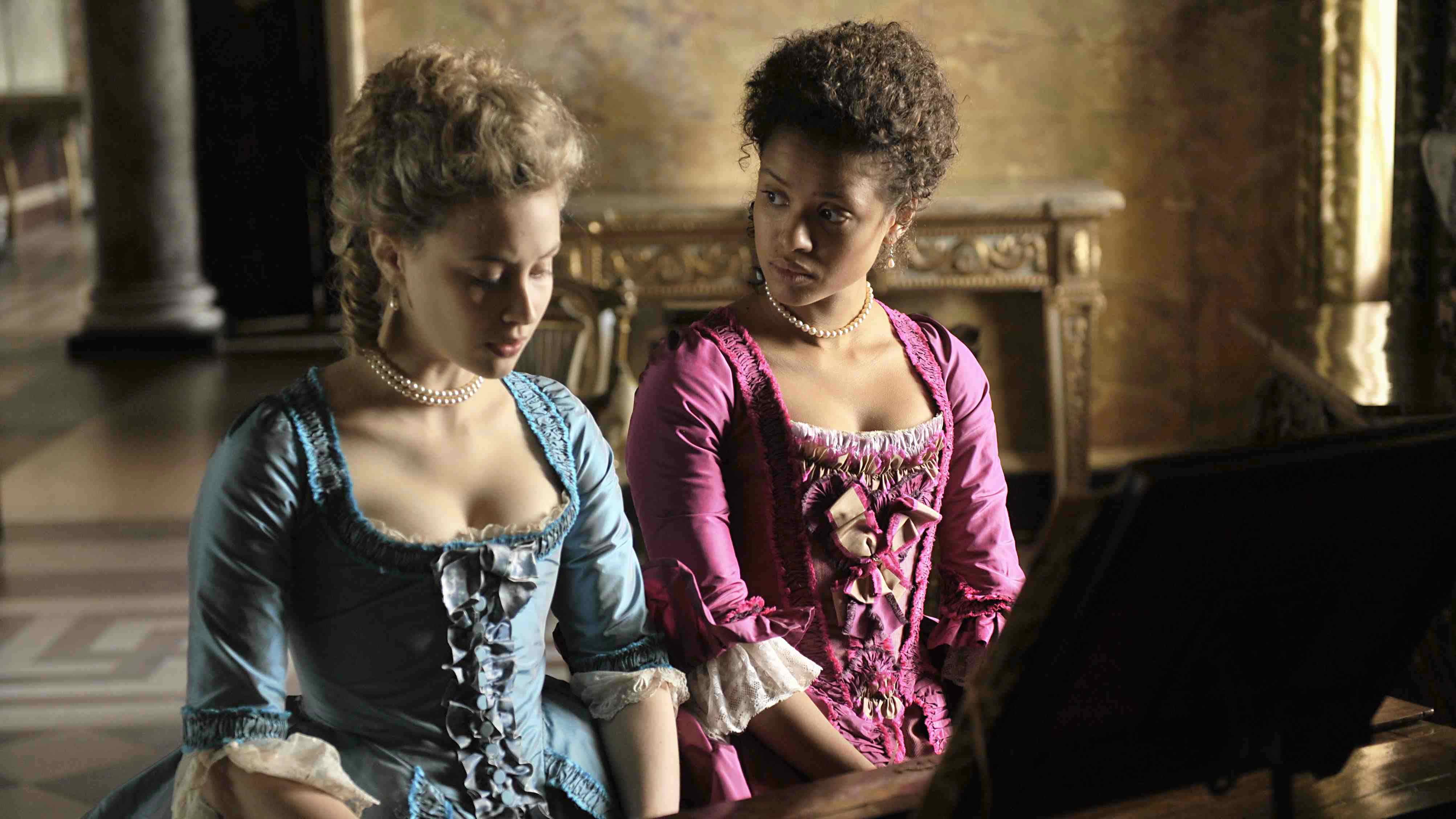 The film was originally developed with HBO, then “for a couple of years” with the BFI. Jones, in the meantime, scored with The Iron Lady. “That was some ammunition – people were at least interested to see what I was up to next.”

A key turning point was Bankside coming on as a sales agent. Everything that most potential investors were concerned about – a mixed race lead, an inherently expensive period movie – Bankside felt was a positive. “That was the reason to make it – the film would have something to say as well as ticking all the Jane Austen boxes.” Pinewood then boarded as a backer, as did the BFI film fund. This, plus a number of pre-sales, helped Jones piece the budget together. Jones says the reason it has finally been made at all boils down to his own persistence, along with Amma Asante’s vision, a strong script and an impressive cast.

Although Jones has had success in the film industry, and has a first look deal with Pathe, he stresses the difficulty of creating a production business because “it is so unpredictable.” He adds: “The way I have survived is that I have fortunately been able to make movies every year on different budget levels.” Even so, DJ Films keeps its overhead low. The company is, says Jones, “very much a one man band.” He outsources activities such as accountancy and development on a project by project basis.  “If I had to keep an overhead without a guaranteed income then I wouldn’t be talking to you now.”

Will Clarke, Altitude Films
Will Clarke is making a different kind of film to most British producers. Big Game is very much a commercial, international proposition: starring Samuel L Jackson, it is directed by Jalmari Helander (the Finnish director of Rare Exports), and shot in Bavaria. Jackson plays the US President whose plane is shot down by terrorists. Stranded in the wilderness, he has only a local 13-year-old hunter to help him elude his captors.

Clarke is producing, with Finnish partner Petri Jokiratna’s Subzer,  through his new company Altitude Films, which he set up after selling Optimum Releasing to StudioCanal.

Launched in 2012, Altitude has 14 staff and is primarily a production company, but it also covers sales and distribution. This makes it a very rare beast in the UK film industry – a vertically integrated film business capable of producing, financing and releasing its own films.

Still, with a £13m budget, Altitude can’t produce alone but has teamed up with a host of partners to make Big Game. The ambition from the start, says Clarke, has been to make a high concept picture: with scale, a broad cast and aimed “fairly and squarely at the mainstream.” Producing a bigger budget film like Big Game is sometimes a little easier than putting together a smaller British feature, says Clarke, “because you have got saleable elements.” The budget has been raised primarily through a mixture of pre-sales and soft money. The fund raising began in Bavaria, where FFF Bayern has a new film fund worth Euros 6m for international shoots. Other financiers include: the Finnish Film Foundation, YLE; Nordisk Film & TV Fond, Visionplus Fund; Bavarian Film Partners; and German Federal Film Fund (DFFF).

Armed with this soft money, Altitude launched Big Game in Cannes last year – pre-selling to 16 countries. The strong presales meant that Altitude could go to American bank Comerica for gap financing, allowing the film to go into production in September.

All along, the sales pitch for the film has stressed that it is “a commercial proposition rather than an arthouse crossover,” says Clarke. The Altitude sales team have emphasised that it is aimed at a broad audience, and is not going to be an 18 rating picture. The casting of Samuel L Jackson, says Clarke, also sent out a clear message that it was “a fun package.”

“Having been a buyer, there are not that many movies in the marketplace that have a sense of fun, a sense of scale and that aren’t overpriced and that have an aspiration to be a commercal hit. Because there aren’t that many of them, it was risk that buyers were prepared to take.” Big Game will be finished this autumn and is set for release next spring.

This article is taken from the March 2014 issue of Televisual