Features & Opinion14.12.22
The Art of The Cinematographer: James Friend

In the first of the series, here’s the interview with James Friend ASC BSC (Rillington Place, Patrick Melrose, All Quiet on the Western Front, Your Honor, Star Wars: The Acolyte; The War of the Worlds) 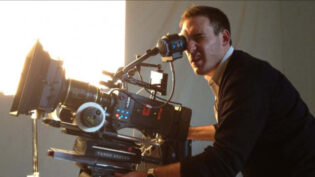 The craft in cinematography comes from the combination of camera movement, of lighting, and of composition. They’re all equally important and you need to have a real fundamental understanding of all of those elements.

When I come on board a project, 95% of the time a director has already been selected. You naturally view the project with their sensibilities already in place. I like to have a good solid conversation with the director to make sure that not only am I on their wavelength, but they are on my wavelength. It’s important to make sure that your tastes align because when you board a picture or a television series these days, you could be in bed with that project for over a year.

You can draw on almost anything visual to be an inspiration. But it’s very important to not let those things cloud you too much, because filmmaking is such an organic process. Things evolve. You can go into a scene with all the inspiration in the world and it changes when you walk into the location. The location can do some heavy lifting for you and dictate what the shots should look like, through architecture or through movement. 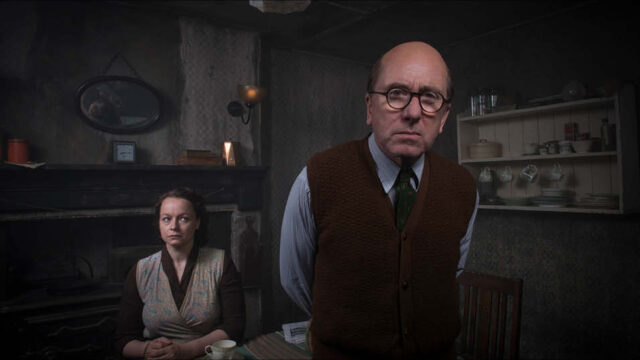 On Patrick Melrose, where we had five different films set in five different periods, we had a different LUT per movie. It suited that series. But then I read about a cinematographer who had one show LUT and all he did was change the CDLs. That appealed to me, as by nature I’m a bit of a minimalist. I work with a great colourist, Andrew Daniel at Goldcrest, so on the next project we built a show LUT and all I did was just change the colour temperature of the camera. Everything I’ve shot since then has been using that technique.

I test as much as humanly possible because you’ll never get that luxury again when shooting. At the start of testing, I tend to shoot an actor in their costume with a very neutral light. The best results are always when you just take the camera and costume and the artist outside and shoot under natural daylight. I start to build the show LUT from there. However, it’s more through talking to production design and talking to makeup and costume that you really start figuring out the palettes – and what clashes.

Lens tests are really important because they react so differently in different environments. If you put a soft lens in a very high contrast environment, it will flare and react very differently to a sharp lens. I have a black book of almost every lens I’ve ever tested, which is constantly evolving. It’s an inspirational library.

In my opinion, spherical lenses feel very much how we perceive the world. Large format as a cinema language also matches the way I see the world. So, a 40mm on large format feels like my field of vision. It’s a great lens choice in my opinion for close ups for mid-shots, for wide shots, for anything. 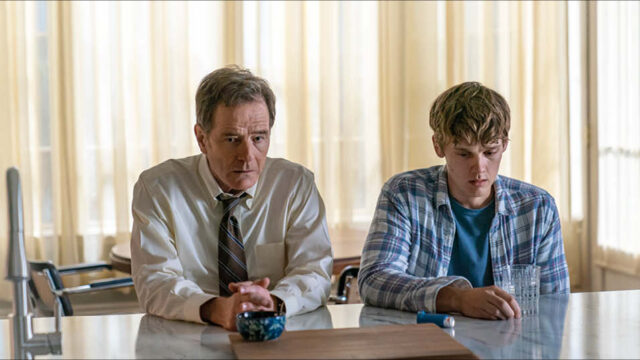 Natural light is a beautiful thing, especially when mixed with architecture and faces and subjects. The sun gives an incredible quality of light, especially diffused through clouds. My principles of working with it are always the same. On exteriors, I tend not to turn many lights on, if any. I just try and work with what’s there and use mirrors or bounce boards [known as butterflies]. To create shape on the face, I work with negative fill to remove light; it might give you just as much shape as actually putting a big source in and adding light.

On set I always use a pentafinder. It allows you to put the actual lens with which you’re shooting the scene on an optical block and look through it. I find it really important when blocking a shot to look through the lens that you’re trying to tell the story with, because it’s the eye of the audience.

I’m a big believer in LED, not only for the environmental benefit, but also just the complete control and flexibility that it gives you. You can change colour and you can dim up and down without wastage of gels and the changing colour temperatures and the inconsistency of HMI lamps.

I can’t articulate how valuable it’s been having a mentor and having that guidance [Friend has been mentored by Paul Wheeler BSC and Phil Méheux BSC]. During COVID, I started a mentorship programme with the BSC and Screen Skills, funded by the BFI, because I feel so passionate about passing on information to people. The ACO association of camera operators has come on board. Both disciplines, cinematographers and grips, really benefit from having mentors.