Celebrated screenwriter, producer and director Jamie Nuttgens reflects on his career and shares his advice for writers looking to break into the world of TV drama.

Jamie Nuttgens has over 25 years of experience work as a writer, director and producer for the screen. He started out in TV working at BBC Drama Serials to script edit Jimmy McGovern’s The Lakes. He has also produced the award-winning work of UK Indian writer-director, Smita Bhide including The Blue Tower (Best UK Feature Raindance Film Festival). His own writing has included Casualty, The Bill and Crossroads. He is currently Head of Drama at Ten66 Television. He has headed up the Met Film School’s MA in Screenwriting since 2013 and is Lecturer in Screenwriting at Oxford University.

Jamie is also the lead tutor of the eighteen-week Writing an Original TV Drama Serial course from Curtis Brown Creative – the writing school affiliated to the major literary and talent agency.

You have over 25 years of experience working as a writer, director and producer for the screen. What first inspired you to get into the industry?

Big question. Books and stories had always been my escape and while studying Fine Art at University I became besotted with plays and theatre where you could debate political ideas on a human level. Then I realised there was a frame (like a painting frame) within which I could show the social action I wanted to depict on the stage, and it was the camera frame. And in this frame you could control POV, emphasis and time – fantastic!

But here’s the prosaic answer – Channel 4. When C4 started up, it was unusual in that it didn’t make its own programmes like, say, the BBC, but was committed to new voices and regionality. So they needed other people to make the shows and they put kit – cameras, lights, editing gear – into the regions for little independent companies and film-makers to use. Suddenly it was possible for someone like me in Leeds where I’m from to get my hands on the kit and make something which was never really conceivable before.

Do you remember the first project you worked on?

When I was at BBC Drama Serials, I Script Edited Jimmy McGovern’s The Lakes and I got to name the Lake (Hawksmere) and all the Streets, which felt kind of cool. Prior to that I’d written and directed my own shorts, the first being a version of Chaucer’s ‘Pardoner’s Tale’ which I managed to persuade Richard Wilson (One Foot In The Grave) to star in as Death, for which kindness I’ve always been grateful to him. 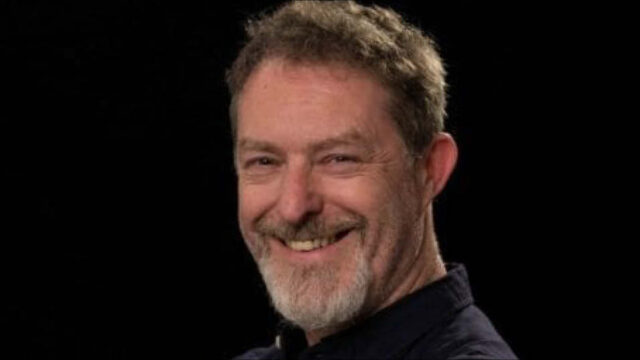 You’ve worked on a range of TV and film projects – from working on hit shows like Casualty and The Bill to producing and editing Smita Bhide’s award-winning debut feature The Blue Tower. Is there a project you’ve worked on of which you’re most proud?

The Blue Tower shows a picture of Britain that no-one else has ever portrayed so that’s one – Smita Bhide is a unique voice. But also with Smita I produced a film in India in Marathi, and the same year another film in Arabic shot in Syria (just before the Arab Spring), so I’m proud of those. And bringing David Peace’s Red Riding novels to the screen was a work of love because they depict the weirdness of the West Yorkshire I grew up in (the good and the terrifying).

The industry has recently faced lots of new challenges, how have these restrictions changed the way you’ve been working, and do you think there will be a lasting impact on how we approach TV production?

The industry has always gone through changes and is fantastic at adapting to circumstances. Although people only hear about excesses, film shoots are incredibly efficient, disciplined and well-organised. So I’m not sure that the impact of Covid will be a lasting change, we’ll adapt. What I hope will remain with us are the changes that have been brought about by MeToo, Time’s Up and Black Lives Matter, highlighting the failures and inequalities of the system which those at the top still need to act upon meaningfully and not in a tokenistic way. Keep up the pressure!

Many budding scriptwriters struggle to craft convincing conversations. Do you have any tips for writing dialogue?

There’s a general tip for making any script 100% better, which is to cut every other line of dialogue.

And with exposition, which a lot of new writers worry about, joke it out or fight it out – or give it to an expert who would know that stuff (a doctor for medical, a cop/lawyer for legal etc etc).

What is the most rewarding part of teaching screenwriting?

The students. They come up with original ideas that are all their own, that I could never duplicate and I think, wow! And they grow through the process, gaining a confidence that is rooted in solid knowledge, not just bravado – even though a bit of bravado is never unhelpful.

What TV dramas have you enjoyed recently? Is there one that all budding screenwriters should be watching?

There are so many because I love all kinds of good storytelling. Anyone wanting to work in the UK Screen industries needs to know Michaela Coel’s I May Destroy You and Russell T Davies’ It’s A Sin because they’re watchwords. I loved Kayleigh Llewellyn’s In My Skin, and Mike White’s The White Lotus and I’m currently enjoying Ashley Lyle and Bart Nickerson’s Yellowjackets, James Gunn’s Peacemaker, Taylor Sheridan’s 1883 and Chris Sheridan’s Resident Alien. But probably the work I most admire and envy is Michelle & Robert King’s The Good Fight, which manages to be funny and human and so topical, attacking big targets in the news and things polite society fears to address, like race, with intelligence and verve. 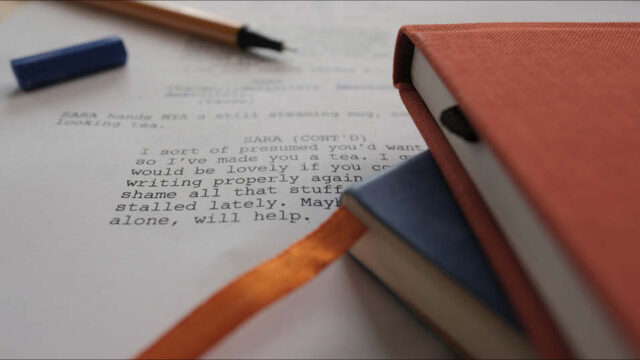 If you could only pass on one piece of advice to aspiring screenwriters, what would you say?

Any story will work – so long as you change it until it does. So don’t be scared to make changes.

Applications are open now for Curtis Brown Creative’s Writing an Original TV Drama Serial course with tutor Jamie Nuttgens. This is an elite course for 15 talented screenwriters to work on their TV drama scripts with expert tuition from top TV professionals. The course will run from 4 Apr to 1 Aug 2022 with teaching in London. Apply by 13 March.

There is also one scholarship place available for a talented writer of limited financial means. Find out more about the Breakthrough Scholarship for TV Screenwriters with Low Income and apply by 20 March.