The introduction of the tax break was an absolute master stroke by the government – a platform that offered large scale studios in the UK an opportunity for growth. Sadly, the reality for most is this brilliant piece of legislation is now widely considered as one of the industry’s greatest false dawns.

There are several reasons why this may be, but I have long held a belief you cannot rely on ‘it’ coming to you. You must go to….’it’. In other words, studios have to be more proactive. I get a sense that some studios mistakenly expected the floodgates to simply open – just because the UK tax break was introduced.

All of these organisations can only  do so much.   I know of several production companies, co-producing long running dramas, who have decided to “build” their own studios in warehouses to save paying standard tariffs associated with hiring world class film studios.

If a production sees an obvious way to save hundreds of thousands of pounds it’s their prerogative to go down this road. However, this is not in the spirit of the tax break, which is designed to benefit the wider industry.

Luckily Wimbledon TV Studios has never relied on attracting large scale feature films or dramas from abroad. Instead, we are focused on becoming London’s leading TV studio and have been for some time. That’s our model.
Having said that, if our studio was more heavily reliant on the advantages of the tax break, I would be proactive, doing some of the things I have mentioned above.

As the old saying goes, you can only ever rely on yourself, so to deflect blame, or cast jealous eyes at other studios, such as Pinewood, is merely fudging the issue.

I have been perplexed by what appears to be an overriding bitterness towards Pinewood Studios from some, and a general feeling that Pinewood has taken the influx of work borne from the tax break.

At Wimbledon TV Studios we are set to enjoy Episodes returning to us for a third successive time. 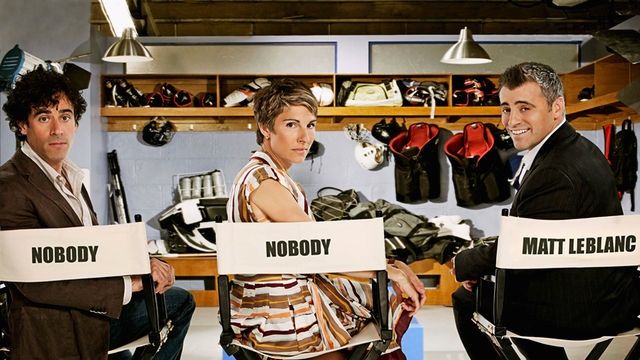 That is despite the fact that, every year the shows’ writers are seduced at the prospect of filming at Pinewood. I think the creators David Crane and Jeffrey Klarik genuinely enjoy the personalised service we offer, but their minds inevitably wander to the thought of shooting at Pinewood. It’s not hard to see why really.

Brand Pinewood, with its wonderful history, is a powerful sales tool to be reckoned with. That said, there are a number of other large film and TV studios, far more accessible and closer to Central London that should get more recognition internationally. I think some have relied too heavily on the tax break legislation do to all the hard work on that front.

Despite what people say, you can win business from the big boys, if you can get yourself in front of the right people, at the right time.

We’ve proven that over the past three years at Wimbledon TV Studios. Ultimately, producers book studios if they like and trust the people running them. So it all always comes down to building relationships – that’s the key to success. Those now bemoaning the system, have in my opinion, probably just been a little too complacent.