Features & Opinion15.10.13
Storyboard: best of the month in vfx, animation and motion graphics

In this month’s round up of the best in animation, motion graphics and vfx, Axis cuts through for Infinity Blade, Studio AKA tells TSB’s story and Picasso shows some good will

Axis Animation
Infinity Blade: Origins short
Animation studio Axis and director Ben Hibon created this short film to introduce the latest instalment of the Infinity Blade: Origins video game. The film is designed to give newcomers and long standing fans a different perspective on the story of the Infinity Blade franchise. Hibon developed an illustrated take on the game’s art direction using both 3d and 2d animation and re-imagined the game’s main characters in his own design style. Working directly from Hibon’s designs the Axis team built the stylised 3d characters and used a mixture of texturing and shading to give them their 2d feel. These were then layered up with 3d and 2d hand-animated visual effects and environments creating a bold hand crafted feel.

Studio AKA
TSB Bank spot
Studio AKA director Marc Craste and Damon Collins at Joint are behind this film for the relaunched TSB bank brand. The spot tells the story of the Reverend Henry Duncan and the history behind the building of the TSB bank showing the bank still has traditional values in a modern world. Craste chose to combine 2d hand drawn character animation within 3d cgi sets.

TSB – The Story from STUDIO AKA on Vimeo.

Passion
VW Feeling Carefree
Passion Pictures’ John Robertson was asked to pay homage to seminal promo Take On Me by A-ha for this VW Passat spot. Ordered by Deutsch Inc LA, Feeling Carefree pastiches many of the iconic moments from the original promo with the new VW Passat worked in to the film as a central character. Passion used a crew of 2d artists using pencil and paper to create the iconic shots.

Picasso
Goodwill Stuff
New directing duo Alex & Remy, of The Pod (Picasso Pictures’ new directors offshoot) directed this, their first commercial project for US charity Goodwill via Saatchi & Saatchi NY. The textural, cgi, online film asks people to donate unneeded household items to the charity which in turn sells it to fund job training in the local community. The producer was Inga Johnson.

Ticktockrobot
Angels and Ghosts
Ticktockrobot’s Sara Kenney directed this 15 minute short. It was funded by the Wellcome Trust and tells the true story of a girl’s struggle with psychosis in her family. The film’s purpose is to highlight a common problem and to direct people to the Angels and Ghosts website (which Ticktockrobot also built]. It was narrated by Samantha Morton.

Pierre + Bertrand – Payment Council – Simpler World from Not To Scale on Vimeo.

Fieldtrip
WWF We Don’t Farm Like This
Fieldtrip directors againstallodds’ latest is for WWF showing what ‘bottom trawling’ fishing would look like repeated on farm land. 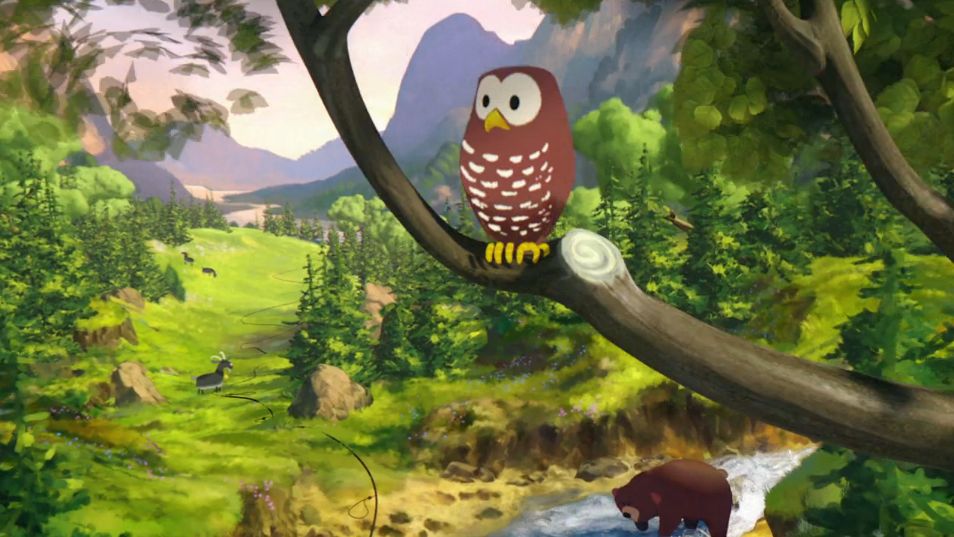 Wonky
G4S online film
This online film for G4S’s Emergency Preparedness Suite was made by Wonky. The director was Miki Cash and the producer Vicky Brophy.