One of the most remarkable films in the BFI archive, The Epic of Everest has been restored ahead of its world premiere at this month’s London Film Festival.

The 1924 attempt to reach the summit of Everest is best known for culminating in the deaths of two of the finest climbers of their generation, George Mallory and Andrew Irvine – sparking an ongoing debate about whether or not they reached the summit.

The legendary British expedition was captured on film by Captain John Noel. A pioneering explorer and filmmaker, Noel shot The Epic of Everest on 35mm film (using a Newman and Sinclair Kine camera with an electric drive and Cooke telephoto lenses). 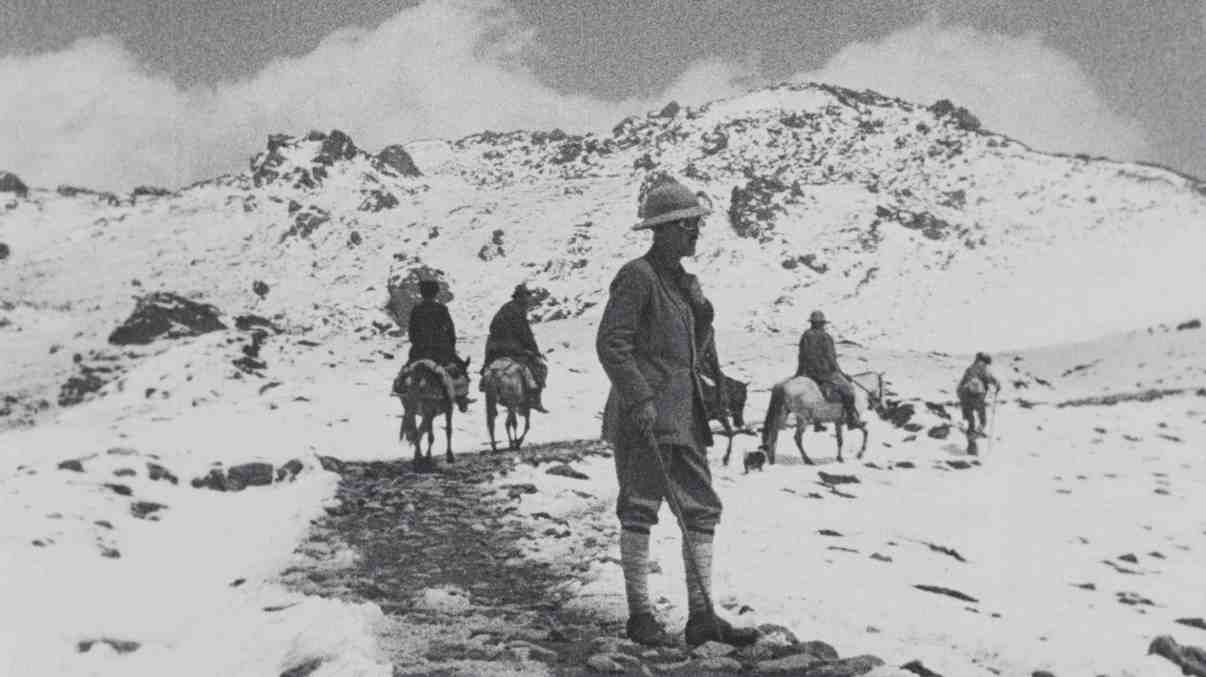 Initially, he carried his kit in watertight boxes on two sturdy Tibetan ponies. With two local assistants to help him, Noel would blow a whistle and reckoned he could have the camera ready to shoot within thirty seconds. In the later stages of the expedition, eight porters carried the camera kit in shoulder boxes.

Beautifully framed, Noel’s film opens with powerful images of Everest and the expedition team. Noel then records some of the earliest images of the Tibetan people and their culture, and follows the harsh conditions experienced by the climbers at each stage of their ascent, until the camera can go no further. A specially designed telephoto lens, filming at a distance of two miles, records the final attempt to reach the summit as Mallory and Irvine disappear from sight.

Noel was also an entrepreneurial businessman. He bought all photographic rights in advance of the expedition and set up a company, Explorers Films, raising finance from investors including the Aga Khan. Using the money, he bought a plot of land in Darjeeling where a lab was built. Teams of runners brought the rushes down to Darjeeling, where they were developed and edited. Clips, showing the progress of the expedition, were then dispatched to Pathe Pictorial News for distribution to cinemas around the world. 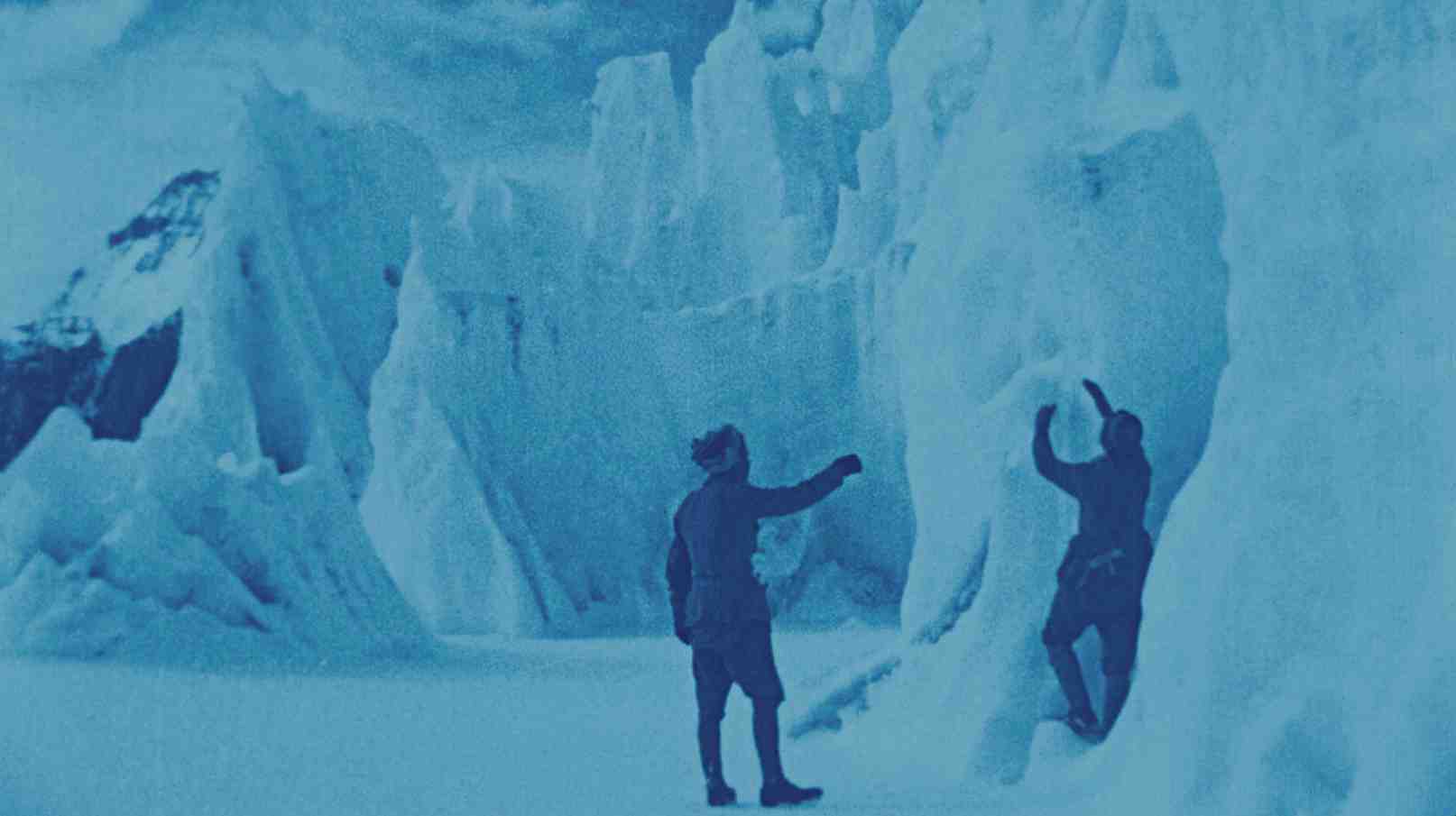 When he returned from the expedition, Noel released The Epic of Everest. The film was a hit – and Noel made a lecture tour of the UK, Europe and America with it.

Almost ninety years after it was filmed, the BFI has now restored The Epic of Everest and commissioned a new score, composed by Simon Fisher Turner, ahead of its premiere this month at the London Film Festival.

The restoration has taken some 18 months, and is based on two key versions of the film in the BFI collection, one of which was donated by Noel’s daughter Sandra. Both, says the BFI National Archive’s head curator Robin Baker, were compromised, with surface damage from scratches and mould. 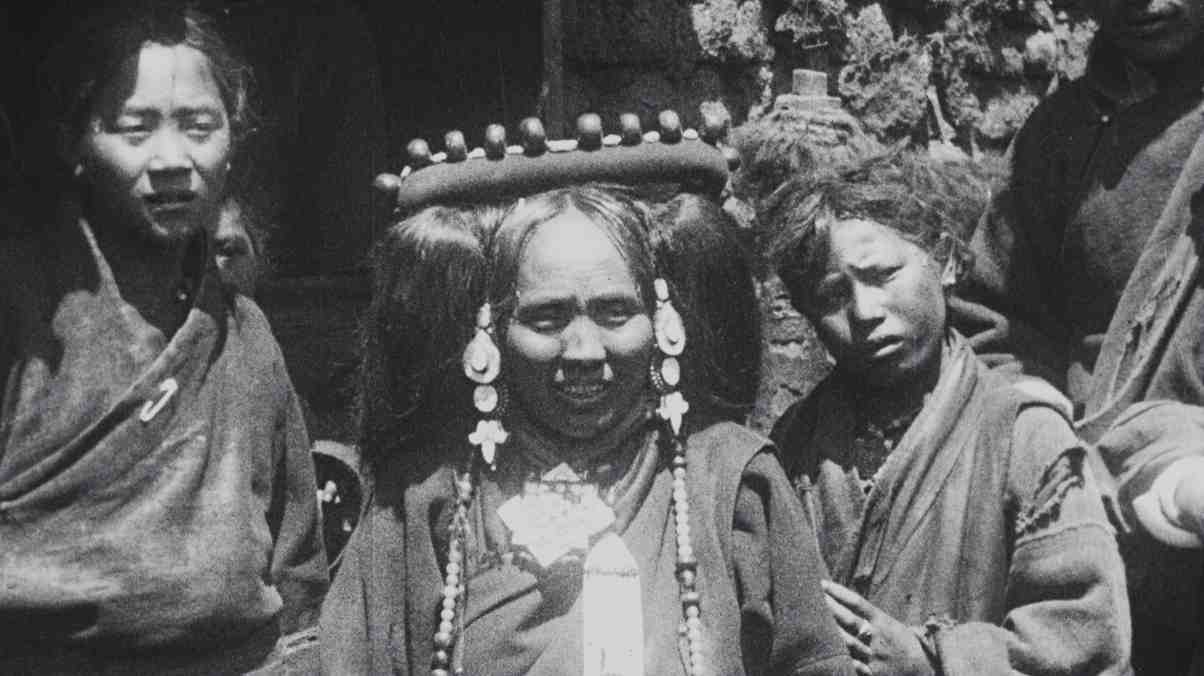 The BFI has also restored the coloured tints and tones of the film, which had faded dramatically over time. Many black and white films from the 1920s had portions that were colour toned, and The Epic of Everest used the technique to great effect with dramatic blue tone scenes of Everest and moving final shots of a blood red sunset over the Himalayas.

“Two thirds of the film is in black and white but when the moments of colour appear it is sensational and transforming,” says Baker. The colour restoration, he says, is true to the aesthetic of the director and means that modern audiences can see the film as the public in the 1920s did.

The BFI worked closely with Deluxe 142 on the restoration of The Epic of Everest, following a successful collaboration on restoring nine of the earliest films directed by Alfred Hitchcock.

The initial stages of the restoration saw the original films inspected, comparing and contrasting each in search of the best shot possible.  The film then passed through a 4k ArriScan film scanner with wet gates, which can help eliminate scratches, while converting the film to digital files.

A long period of repair and restoration followed, with vfx software used to help fix images damaged by mould. One big challenge was restoring fast changing shots of clouds and mist blowing over mountains, and the vfx software helped speed up the process. “It was really successful at reducing the appearance of the mould,” says Kieron Webb, film conservation manager at the BFI. The film was then graded over a seven week period. 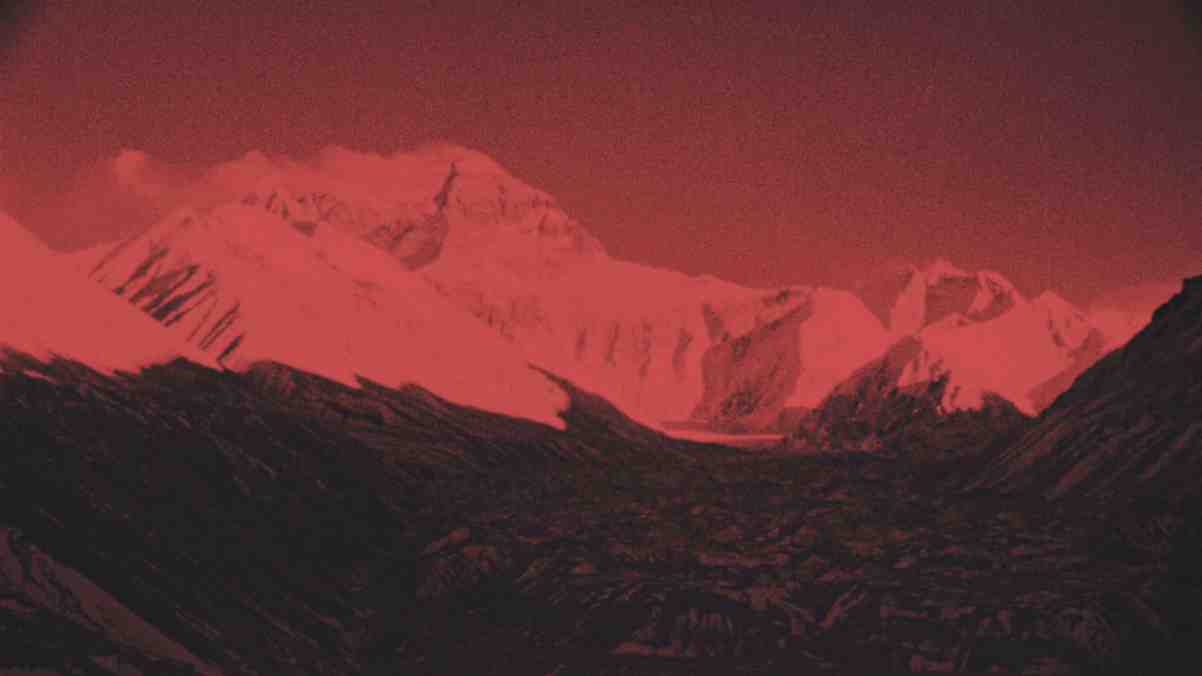 The Epic of Everest is now likely to find a wide audience. The BFI’s 2011 restoration of Herbert Ponting’s film of Captain Scott’s attempt on the South Pole, The Great White Silence, played in 150 cinemas and proved the interest in films about exploration. “There is a kind of extraordinary appetite for it,” says Baker, who reckons that The Epic Of Everest will appeal to many different potential audiences in the UK and internationally – those interested in Everest, mountaineering, Tibet and Buddhism among them.

Credits:
The restoration of Captain John Noel’s film of the 1924 attempt on Everest is based on nitrate positives held by the BFI National Archive. The restoration, in collaboration with Noel’s daughter Sandra Noel, was carried out by the BFI and Deluxe. The film world premieres at the BFI London Film Festival with a specially commissioned score.