The drama market is more dynamic, but also more competitive, than it has ever been. Tim Dams reports on the reality of scripted’s golden age

It’s a heady time to work in drama production. The genre is arguably more lively and exciting than ever before, say producers, writers, directors and talent. This is largely being driven, they say, by the growing number of companies investing in TV drama. Streaming services have become major backers of the genre as they seek must-see content to attract subscribers.

Netflix announced last month that it will spend as much as $8bn on content next year, with a significant proportion of this going on original commissions, much of it on drama. “Our future largely lies in exclusive original content,” said CEO Reed Hastings.

Facebook and Amazon have each pledged to invest $1bn in content, much of it on drama. Last month, Facebook announced new shows for its Watch platform, including an English-language remake of Norwegian teen drama hit Skam.

Apple is also making a $1bn a year push into original production and recently hired former C4 chief creative officer Jay Hunt (who has credits including Black Mirror and Sherlock to her name) to lead a new programme commissioning team based in London.

Meanwhile Hulu, which found success with The Handmaid’s Tale, plans to invest $2.5bn on content this year. YouTube Red is stepping up its investment in original content too: last month it greenlit Origin, a sci-fi thriller from Left Bank Pictures, the indie behind Netflix’s The Crown.

This investment by streaming services comes on top of continued funding by the traditional UK broadcasters in drama. Indeed, the BBC, C4 and ITV have been able to increase budgets for their shows by co-producing with SVoD players on upcoming dramas like Good Omens (BBC2/Amazon) and White Dragon (ITV/Amazon). However, there are concerns that this co-production funding may soon dry up (see box, below).

Multichannel services such as Sky and Virgin have also stepped up their spend on the genre in recent years. Sky, for example, has backed big budget plays like Fortitude, Riviera and Britannia. Other US broadcasters have invested heavily in original drama aimed at the international market, including Nat Geo, Discovery and Fox Networks. Fox, for example, has fully funded upcoming espionage thriller Deep State (pictured, below) from Endor Productions, its first regional commission for Europe and Africa. 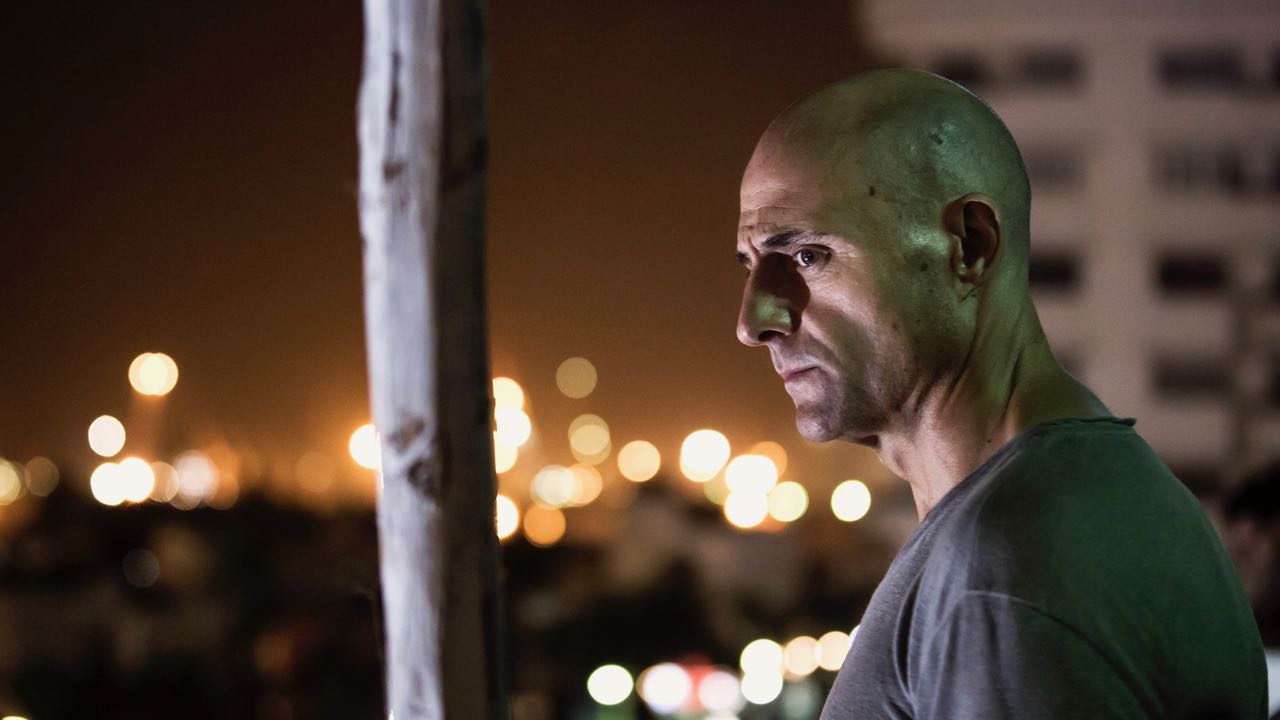 Distributors have also significantly increased the amount of money they invest in drama, particularly for projects with potential to sell widely on the global market. In the past, distributors might chip in around 10% of the budget to top up funding. Now, as competition and ambition, has increased “we will often be asked to come in and deficit fund up to 60% of budget,” says Liam Keelan, director of scripted at BBC Worldwide, whose current slate includes McMafia (pictured, top) and Split. Like many distributors/superindies BBC Worldwide has invested in a swathe of drama indies, including Clerkenwell, House Productions, Two Cities, Lookout Point, Baby Cow and Expectation to secure drama content.

Private equity money is also making itself felt in the genre. Drama commissioning ‘club’ Atrium TV, spearheaded by former Sony boss Sir Howard Stringer, plans to produce 10 drama series over the next five years, with budgets at around $5m per hour. Meanwhile, former BBC director of TV Danny Cohen chairs a new commissioning entity at Access Entertainment that can greenlight scripted TV series without backing from a network or platform. Access is owned by billionaire industrialist Len Blavatnik, and it plans to invest hundreds of millions into high-end TV, film, digital and theatrical productions.

Add all this to the generous tax credits available to productions shooting in the UK, and it’s understandable why there is so much industry focus on drama.

A raft of new production companies have launched in recent years, looking to take advantage of the drama gold rush. They include Sister Pictures (Jane Featherstone) and House Productions (Tessa Ross). Leading film producers have also moved aggressively into the genre too, including Working Title, Vertigo, Blueprint and Cuba Pictures.

“There’s an incredible amount of competition – and ambition,” confirms producer Hilary Bevan Jones of Endor Productions (Deep State). “A lot of our friends from the film world are swimming into TV, something they wouldn’t have contemplated a few years ago when TV was very much a second class citizen.” On the plus side, the BBC, ITV and Channel 4 are no longer the only major investors in UK scripted. “You are not just shut down after three meetings,” says Endor producer Tom Nash. “But the sheer weight of great projects out there is just incredible.”

The drama market is both “incredibly dynamic and incredibly competitive, adds Kenton Allen, CEO of drama production company Big Talk (Living the Dream). “There are lots and lots of very high-level projects looking for finance. I don’t think it has ever been more competitive. And nor have expectations ever been higher.”

Streaming services have been swamped with pitches, receiving up to 40-50 a week – many of them fully packaged with an A-list cast attached. But there are signs the SVoD players are struggling to cope with the deluge. “They now seem much more interested in engaging with you at an earlier stage, and not being offered things and asked to get the cheque book out without any creative engagement,” says Allen.

A-list writers continue to be in big demand, particularly as producers are increasingly financing the development of scripts themselves – and want to do so with recognised writers who can pique the interest of commissioners.
Writers themselves say the sheer number of dramas being made is helping to spur creativity in the genre. Tony Grisoni (Red Riding) has just adapted China Mieville’s The City and The City for BBC2, made by Mammoth Screen. He says audiences are “hungry for something different, new and extraordinary.”

Directors also recognise the need for projects to stand out and to look and feel different amid a plethora of choice available to viewers. “There’s a hunger for material that will challenge and provoke,” notes Tom Shankland, the director of The City and The City, whose credits include The Missing and  Ripper Street.

That doesn’t mean that anything goes now. To achieve success, a drama needs to be “completely culturally authentic”, warns Kudos chief executive Diederick Santer. “Specific works. If something is too generalised, or too calculated or cynical, the audience smells it.” Santer points to Kudos productions Broadchurch, Gunpowder and The Boy with the Top Knot as examples of dramas where “specificity is a universality.”

Kudos’ next big project is about a very specific place. Troy: Fall of a City is a big budget co-production between BBC1 and Netflix, which is produced by Wild Mercury in association with Kudos, and exec produced by Derek Wax and David Farr. It is, says Santer, the biggest drama that Kudos has been involved with, with hundreds of vfx shots. “For years, we made shows like Spooks, Hustle and Life on Mars – contemporary UK shows. Broadchurch and Humans are in that model.” Earlier this year, Kudos launched the big budget Tin Star. Troy is a step up again, symbolic perhaps of an arms race in scripted production budgets that shows no sign of abating.

Big is not always best
Big budget, lavish shows like Game of Thrones and The Crown have become the emblematic of the new era of scripted production.  As a result, many producers are pitching very expensive shows, packaged with top  on- and off-screen talent and high production values.

Yet big is not always best. “There is still a lot of extremely good drama that sells everywhere and performs everywhere that is made at very modest price points,” says Cathy Payne, chief executive of distributor Endemol Shine International.  She cites Silent Witness. “It sells everywhere, and is not made with a huge budget.”

Expensive shows, with budgets of say £3m an hour, can be a risky prospect for distributors like ESI to recoup their investment on the international market.

“The area that most interests me is what we call ‘domestic plus’ or ‘super domestic’ – shows that are made around the £1.4m (per episode) mark – where you can still get great writers and good talent.” They can be funded simply with one primary broadcaster, a generous distribution investment and the tax credit.  “Our shows made around that level are the most successful,” says Payne, citing Grantchester, Peaky Blinders and Broadchurch. For example, Broadchurch has been sold right around the world. “There are only about five territories left where you are not able to watch it.”

The end co-pro honeymoon?
The ‘honeymoon era’ of co-pro dramas funded by UK broadcasters and SVoD players is over, according to Jane Featherstone, the founder of Sister Pictures.Delivering the annual BAFTA lecture last month, Featherstone warned: “The co-production tap is going to be turned off, or at least reduced to a trickle.”

“Already some shows on the BBC are funded 80% by Netflix, and many more have around 20 to 30% funding from the likes of HBO or AMC. ITV has followed suit – with the recent Netflix-supported Marcella – while C4’s Humans was only made possible at all because AMC stepped in.”

“The SVOD’s are going to start ramping up commissioning of only fully owned original programmes, meaning that they won’t need to co-produce any more. Why keep investing in shows where they don’t own the territory most likely to make that show a hit, it doesn’t make sense for them.”

Featherstone noted that top talent like Shonda Rimes (Grey’s Anatomy, Scandal) have jumped ship to Netflix. “More will follow. And what will follow that will be a slow – or not-so-slow- starvation of the quality mainstream on free-to-air platforms and channels. While networks waste away, Netflix is fighting fit. Some great mainstream TV will emerge, of that I am certain. They will be the first truly global channel.”