With drama production buoyant, there are concerns the scripted sector is facing a ‘sub-prime mortgage moment’.

Late last month, the cast of Netflix’s The Crown sat down for a read through of the entire second series of the £100m drama. The first series of the expensive royal biopic only launches in November, but Netflix is already committed to series two.

Four years ago Netflix wasn’t producing any originals – now it has 30 scripted shows in production. And this number will only rise as the company targets $6bn in content spend next year, and is aiming for a 50:50 split between original commissions and acquisitions.

Netflix is just one of many companies like HBO, AMC, Sky and Amazon to have clocked on to the power of expensive, high quality scripted to attract subscriptions and audiences. Amazon, for example, recently announced that it plans to double its budget for original content to an estimated $3bn.

British producers such as Left Bank (The Crown), Lookout Point (Amazon’s The Collection) and Archery Pictures (Sky Atlantic’s Riviera) have been a key beneficiary of this scripted boom, aided by tax breaks for high-end drama.

It’s a boom that will be highly visible at this month’s Mipcom TV market, which has a record number of international drama screenings including Carnival Films’ Jamestown, about the first British settlers in North America. Other big budget British-made dramas launching at Mipcom include Left Bank’s The Halcyon (below). 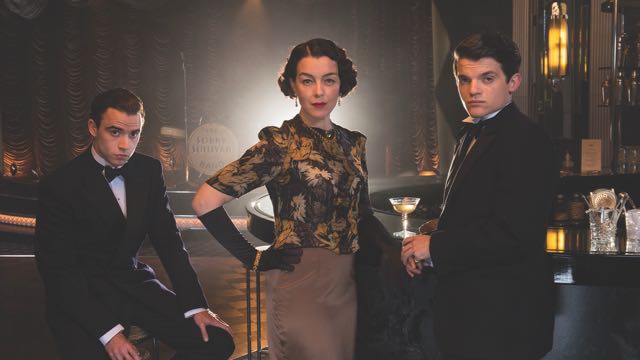 US TV networks will make 500 original scripted shows in 2017, almost 20% more than in 2015 – which was itself a record, said John Landgraf, chief executive officer of FX Networks this summer. “We are ballooning into oversupply, and that balloon will eventually deflate,” Landgraf said. “I continue to believe there is a greater supply of TV than can be produced profitably.”

BBC Worldwide chief executive Tim Davie also highlighted the growing competition in scripted last month when he noted that 1,310 international drama series have launched this year, calling it “a staggering number.” Davie was speaking at the RTS London Conference, where the scripted surge became a major talking point.

Sky Vision boss Jane Millichip caught the ear of the broadcasting bosses in attendance when she warned that warned that the drama sector “could be heading for a sub-prime mortgage moment” if it didn’t invest wisely.
She pointed out that international distributors were investing heavily in drama. “There is a gap appearing in the international deficit and we need to be a little bit wary,” she said.

Millichip cited the example of zombie drama Z Nation (pictured below), produced by US indie The Asylum for cable network Syfy which was sold to Sky’s free to air service Pick in the UK. “I bet Pick wasn’t on their business plan when they forecast their UK licence fees,” she said. 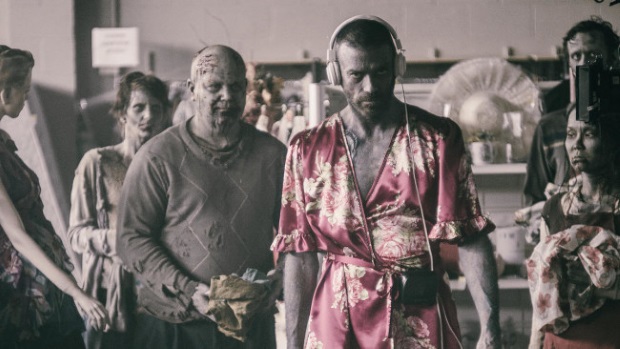 Concerns about the amount of drama being produced run parallel with worries about the rising costs of making shows with film star casting and high levels of creative ambition.

Viewers demand higher quality and ultimately more expensive shows, said Kevin MacLellan, chairman of NBC Universal International. “This is perhaps the most challenging aspect of the new reality. Increased choice has resulted in increased expectation.  So we as an industry need to figure out how to pay for all this new higher quality programming.”

Millichip put forward a few ideas for funding that doesn’t come from the international pot, including government funding, foundations, branded content or media agencies. Davie also said he was looking at third party money to fund drama. “There’s lots of capital out there.”

Few at the RTS conference believed the drama boom was likely to run out of steam soon though. Indeed many British broadcasters talked about their plans to push into the genre for the first time.

Virgin Media spoke of its plans to commission a slate of new dramas from All3Media indies, while UKTV’s director of commissioning Richard Watsham said the broadcaster will “definitely commit ourselves to drama.”

BBC1, meanwhile, has an extra £30m to spend on drama following the move of BBC3 online. The latter is still commissioning drama, including the upcoming Edinburgh University-set thriller Clique.

And Sky has an increasingly expensive drama slate, with shows such as The Young Pope, Hooten & The Lady, Tin Star (pictured below) and Guerilla. 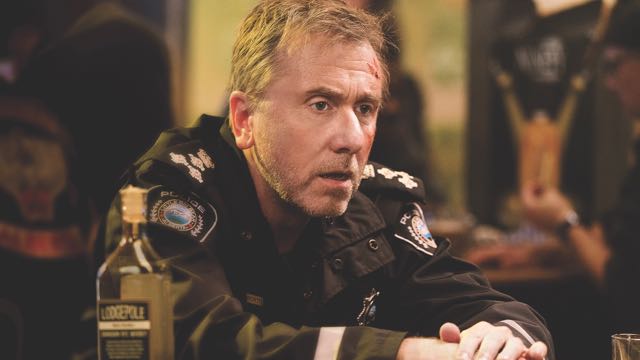 Netflix’s Ted Sarandos revealed that he is preparing to employ commissioners in the company’s London office amid plans to increase original productions in the UK. The OTT platform is already backing new British projects including Charlie Brooker’s Black Mirror and a four-part adaptation of Watership Down with BBC.

However, the growth in drama investment was also welcomed by many panellists at the conference. Channel 4 chief creative officer Jay Hunt welcomed the millions of pounds being invested in drama by the likes of AMC, citing its co-production Humans which was shot in Britain and “did extraordinarily well for us and also did incredibly well for AMC.”

BBC Worldwide’s Davie also noted that dramas don’t need to be high concept or long running to succeed in the international market place. “Happy Valley worked beautifully for me,” he said

And Stephen Lambert, chief executive of Studio Lambert, said it wasn’t too late for indies like his to push into the genre. Lambert, who is making a three-parter for BBC1 about the Rochdale sexual abuse scandal, said: “The only way to de-risk is if you have enough irons in the fire so that the hits pay for the failures.”

NBC Universal ceo Steve Burke also suggested that companies like his would continue to invest heavily in big budget drama. “Today the middle of the market is just gone. There’s no such thing as an okay show. People will do whatever they can to find one of those great big breakthroughs.”