These Sony Champions League idents, which are currently being used to package Champions League matches for the whole of Europe, were created by Anomaly and directed by Bare Films’ Jim Weedon. The vfx and post work on the clips were by Soho’s boutique vfx house Big Buoy.

The idents were made to market Sony 3d TV sets on a 2d TV screen and consist of two spots – the first, called Fans, shows a fan leading the crowd in a football chant, while the second, called Handkerchief, depicts an emotional group of supporters waving hankies as a sign of defeat. 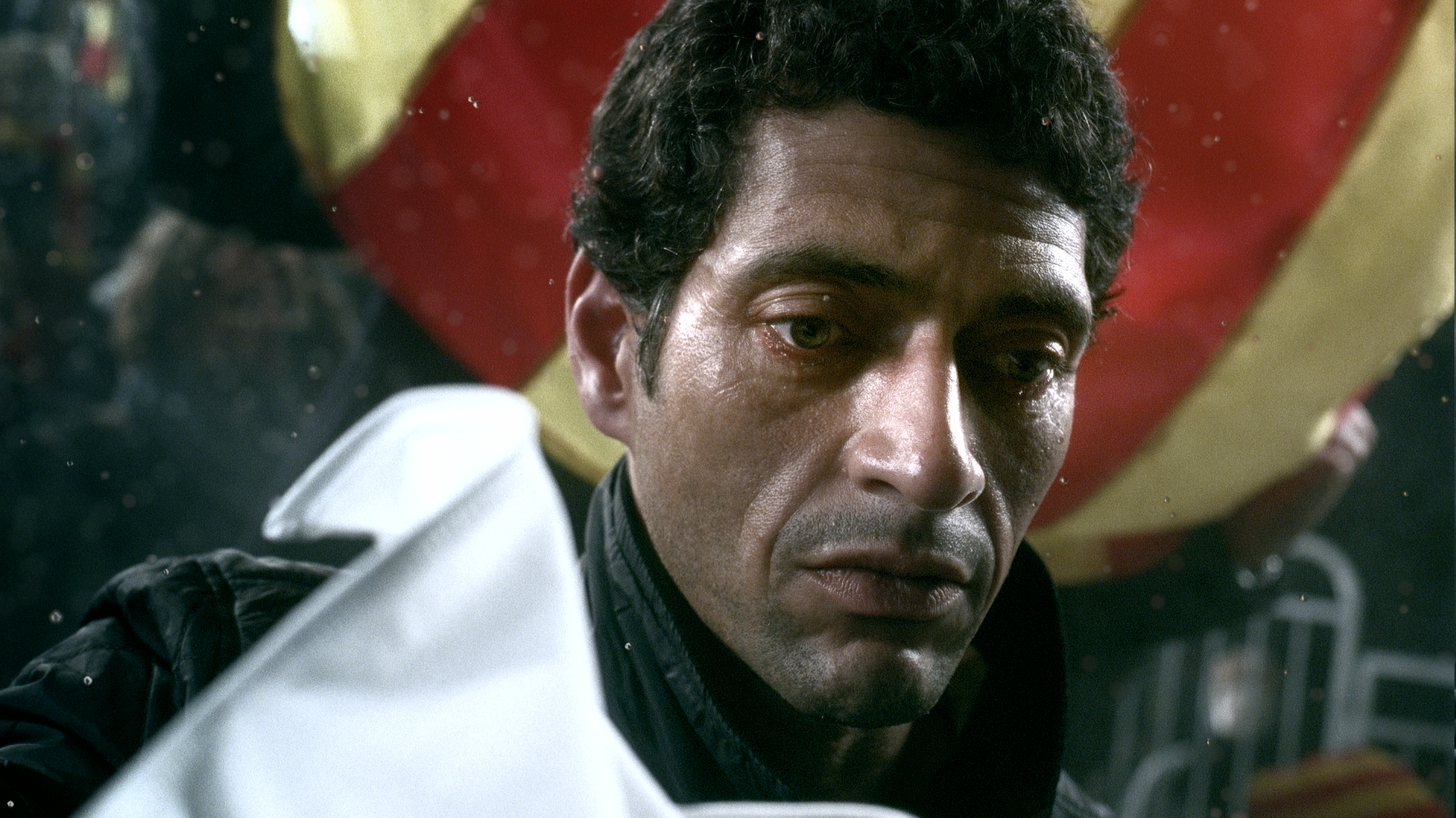 To attempt to show the extra dimension of 3d, Anomaly decided to go for the tried and tested method of using extremely slow motion footage, spruced up with elements that “very clearly define space for the viewer”. So, in Fans, the extreme slow motion centres on exhaled breath and in Handkerchief, the focus is on frozen water droplets from falling rain.

However, what sets these spots apart from the recent batch of slo-mo ads is Weedon’s choice to create the slow-mo effect using posed actors and a real-time camera rather than going for a slow-mo camera.

Physical props were used for some of the frozen elements, supplemented by additional elements created in cg. The physical parts created by the art department include frozen clothing, handkerchiefs, jewellery and a glass of coke mid spill. The rest of the frozen effects are created in post.

To convince an initially sceptical agency that the cg elements (including cg breath) would sit alongside the physical shot effects, Big Buoy shot a test using a Canon 7d showing some slow panning moves around a model’s head with a few tracking markers.

Big Buoy’s footage went to its cg department, which used Maya fluids to create convincing breath, augmented with live action elements of steam in Flame. This was enough to convince the agency. 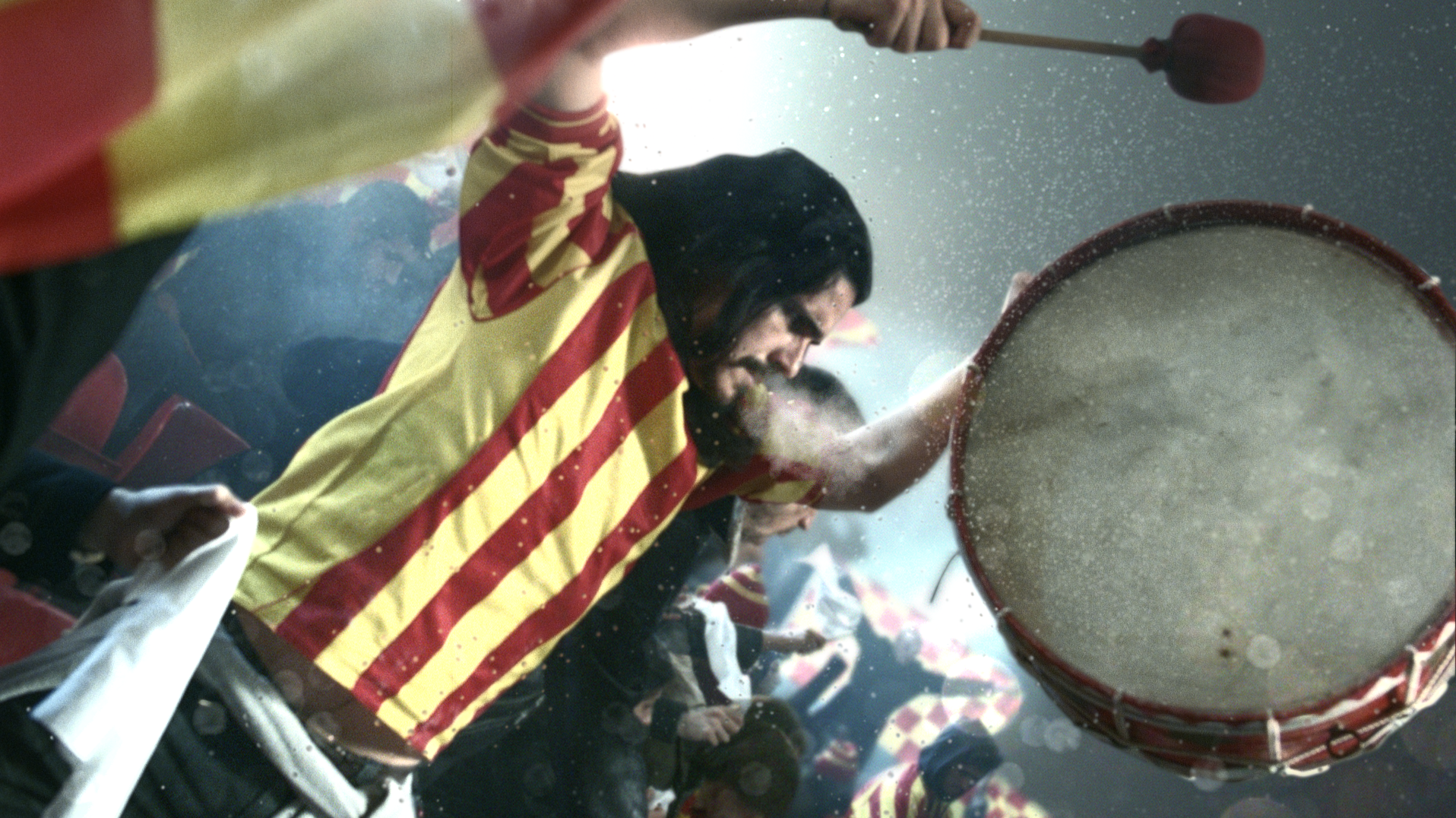 The idents were shot on 35mm using an AR Move camera rig for smooth freehand camera moves. The actors were primed to move in extreme slow motion and the footage was shot at 50fps to “take the edge off any little wobbles the actors may have that would have given the game away”.

To ensure the footage looked convincing, Big Buoy did what vfx advisor and lead Flame artist Jim Allen describes as “a hefty amount of stabilising work where actors were unable to keep their movements steady enough, or where people were obviously moving at a different pace to their neighbours”.

With Handkerchief, Big Buoy 3d-tracked the scenes, creating rough geometry to match the live action characters. This was imported into Flame where the rain particle system was created using the Flame particle generator.

Similarly, with Fans, the main breath clouds were created in Maya and exported to Flame where shot steam elements were placed in 3d space to enhance the look. Dust particles and body steam were also added in Flame.

A physical model of spilling coke was enhanced in Flame to “create a sense of movement”, with ice cubes shot separately and comped into the final scene.