Sponsored by the Media Production and Technology Show

Anticipation has never been higher as the Media Production and Technology Show (MPTS) returns with a bumper two-day event delivering in-person insight into the hottest trends sweeping production and post from some of the biggest names in the industry.

Keynotes include BAFTA winning multi-hyphenate Adam Deacon who recently set up his own production outfit Deaconstructed to champion urban storytelling; and a behind the scenes look at Saturday night shiny floor shows The Masked Singer, The Wheel and Strictly Come Dancing from the show’s producers.

Ade Adepitan MBE, TV presenter, paralympic medallist & journalist will lead a session analysing the extent of the industry’s efforts to encourage disabled people and in allowing them to tell stories beyond their disability.

A keynote on 12 May led by actor and TV presenter John Partridge expands on the conversation around diversity and inclusion, with World of Wonder’s co-founder Fenton Bailey and RuPaul’s Drag Race UK alumni Kitty Scott-Claus reflecting on how to create ground-breaking LGBTQ+ content.

As might be expected a lot of the discussion centres on how the industry can emerge fitter, stronger and happier from enforced isolation and remote workflows of the Covid-era. Among them is a look at the impact on production and crews with the thoughts of Carrie Pennifer, Head of Production, Arrow Media, and Bridget Bremner, Sky Sports’ Head of Production. 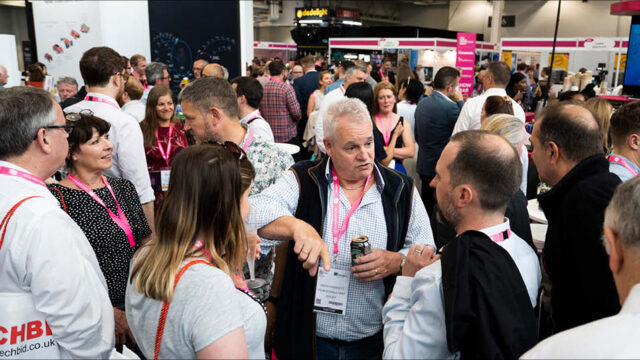 Charlotte Wheeler, Director, Broadcast Tech & Sport Group at show organiser’s MBI, said: “As the first UK broadcast technology tradeshow to take place for two years, the MPTS team has been working hard to ensure we deliver an outstanding show for 2022. We are so excited to bring our community back together to reconnect, network and celebrate our much-loved industry.”

Wheeler’s certainly right that this show has become a bit of a date for networking as Soho reconvenes in Kensington. The free conference sessions and booth exhibits are one thing, but the haphazard chance of meeting people you know, and lots you don’t, in the show’s environs has been sorely missing these past couple of years.

This is also the first show since the acquisition of rival BVE in late 2019. Wheeler says MPTS has been focusing on developing its tech sector footprint and that she expects to welcome a broader technology and production-oriented audience spanning the creative industries to this year’s event.

Look out for a new area of the show focused on Virtual Production with a special stage build from partners 80six and content sponsored by Pixotope.  There’s a related session on the use of virtual studios and eXtended reality for live broadcast too, showcasing the work of Discovery and ITV Sport.

Audio is far from neglected with an expanded Audio Theatre covering the latest trends and innovations in sound, ADR, dubbing and mixing, location sound, music composition, podcasting and sound restoration. Look out here for a keynote chat with Chris Burdon, Re-Recording Mixer from Warner Bros. De Lane Lea discussing amongst other projects, his work on Top Gun: Maverick. The line-up also includes talented composers across TV and Film such as Nainita Desai (who has scored For Sama), Daisy Coole (Ask For Jane) and Benji Merrison (The Green Planet).

There’s also a dedicated theatre focussed on Production and Lighting plus the MojoFest area which hosts discussions of emerging media topics like NFT’s and the Creator economy – all in all plenty for visitors to find something of interest to them.

The evolution of production and post is underpinned by cloud infrastructure which is examined by speakers from Channel 4 and M2A Media discussing their delivery of the recent Tokyo Paralympic Games. There are wrinkles in the ‘cloud or bust’ narrative too that have come to light in rush to migrate to data centres not least of which is the actual cost of storage and transferring data to and from virtualized environments. These nuances get an important airing too.

Surely nothing is more vital though than the strides made by the industry toward reducing its carbon footprint. Going green for productions has moved far beyond bringing your own bottle and knowing what can go in the recycling bin. ‘Sustainable Production – What’s next on our path to Net Zero?’ should be on everyone’s agenda.

An unmissable highlight is a conversation with multi-award-winning special effects coordinator Chris Corbould OBE, whose most recent work can be seen in Doctor Strange in the Multiverse of Madness. He will share details about his incredible career as part of the celebrations for the 60th anniversary of Bond.

“With the UK as a vibrant and essential hub with so many of the world’s best content creators developing and producing content on our home ground, MPTS is perfectly positioned to bring creator excellence together,” Wheeler adds.  “The diversity of our speaker programme reflects the current state of the industry. Amazing panels and conferences will show the behind the scenes of some of our favourite films and series, but they’ll also reflect on how entertainment can promote diversity and inclusion in our society. This is our biggest programme yet, and we hope visitors enjoy all that it has to offer.”