In the first of Televisual’s dispatches from the floors of NAB at Las Vegas Convention Centre, here are a few of the highlight product releases so far….

Panasonic used NAB to showcase its lightweight, dual-lens file-based stereo 3d camera, the AG-3ADA1, which it describes as “the world’s first professional quality, fully-integrated HD 3d camcorder”. The company is now taking orders for the camera in the States, which has a list price of $21k and will be made to order for delivery in the autumn. 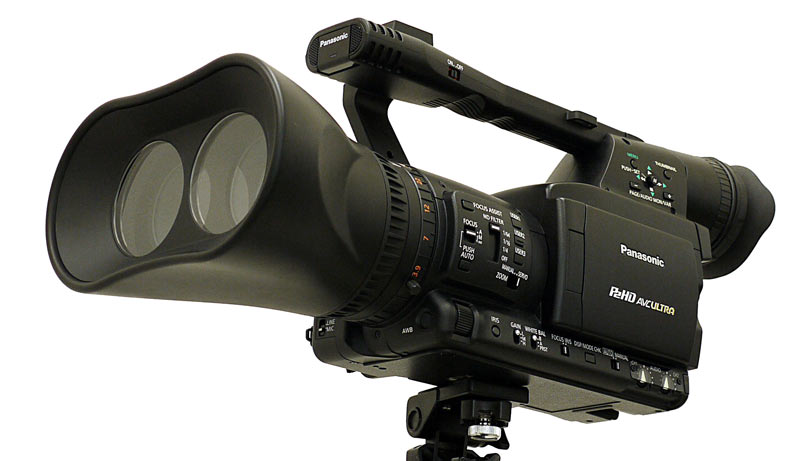 The AG-3DA1 is designed to be much more straightforward, affordable and portable compared to using two cameras on a rig to capture stereo 3d. The lenses, camera head, and a dual Memory Card recorder are integrated into a single device and it has built-in stereoscopic adjustment controls and functions for automatically correcting horizontal and vertical displacement. The camera automatically recalibrates enabling hassle-free 3d image capture.

He adds that, “As audio and video workflows continue to converge, we are now well positioned to deliver control surfaces that work across both audio and video applications, making the content creation process more cost-effective and efficient for our customers.”

Avid’s official line at the moment is it intends to continue to support and sell both Euphonix and Avid’s own Icon audio control surfaces.

Avid has also launched the latest versions of its editing systems Media Composer and Symphony, which now have “native support” for file-based formats including Red, QuickTime (to enable direct editing from cameras such as the Canon 5D and 7D and importing of footage from devices such as the AJA Ki Pro) and Canon’s XF codec used in its new 4:2:2 50Mbps-capable camcorders.

Native support for these formats removes the need for time-consuming transcoding, re-wrapping and log and transfer processes when working with these formats.

The editing packages also have improved audio effects and an enhanced user interface.

Much of the current focus for Autodesk is on connecting pre-production, production and post production, making it possible for a director to be hands-on in all aspects of cg/vfx production at every stage of the production process.

As part of this, Autodesk’s vfx, compositing and grading products now have a consistent set of tools for stereoscopic 3d production, from conceptualisation through cg/vfx to compositing, colour grading and finishing.

Stereo 3d aside, the newly launched 2011 versions of Autodesk’s applications include advanced lighting (through pixel shading) and over 100 photo-real ‘substance’ textures for Flame (such as bricks, concrete, wood, etc), “new creative tools” in Lustre, a redesigned interface for Maya and modeling and texturing enhancements for 3ds Max.

Autodesk also announced a new ‘sketchbook’ application for getting started on new ideas on both the iPad and iPhone.

For more on Autodesk at NAB, head to http://area.autodesk.com/nab2010

One thing you can guarantee at every NAB is Quantel CEO Ray Cross announcing the current year to be the best ever for the company. Last year was the best of the decade and this year has apparently already surpassed the greatness of 2009.

Cross pointed to something fairly mundane ­- FCP integration in its broadcast newsroom systems – as being partly responsible for its latest healthy performance, this development apparently bringing in $10m of new business that wouldn’t have otherwise come in. 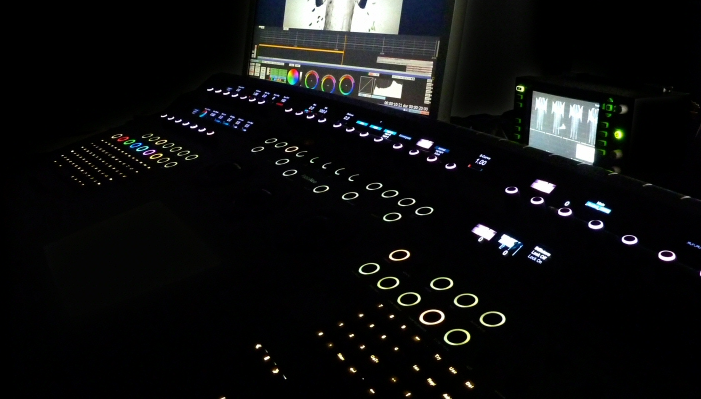 New product announcements for Quantel, of course, all centre on stereo 3d. Mind you, Quantel has more right than many to champion everything stereoscopic, having been at least a year and a half ahead of the game and having its grading system Pablo chosen for finishing Avatar.

Its stereo stuff for this year includes a new stereo 3d multi-layer timeline with integrated vfx for its iQ and Pablo systems and time-saving stereoscopic tools including geometry correction and stereo colour balance (for matching left and right eyes or taking a balance from the middle, and auto-drawing shapes from one eye to the other).

Quantel also has a new stereo 3d workflow for sports and studio work, which includes an as yet unreleased new stereo 3d broadcast editor.

The box is available as a standalone product or as part of Cintel’s ditto evolution scanner, enabling full, automatic image restoration to take place during the scanning process.

Cintel also announced a new website, www.usedtelecine.com, which as the name suggests, is the place to go for second hand telecines. All scanners sold on the website have been fully refurbished and come with a Cintel warranty and 0% finance options.