For the official Mandela biopic starring Idris Elba and Naomie Harris, Brit director Justin Chadwick had to capture the epic nature of Mandela’s life while also portraying a man made of flesh and blood. Jon Creamer reports 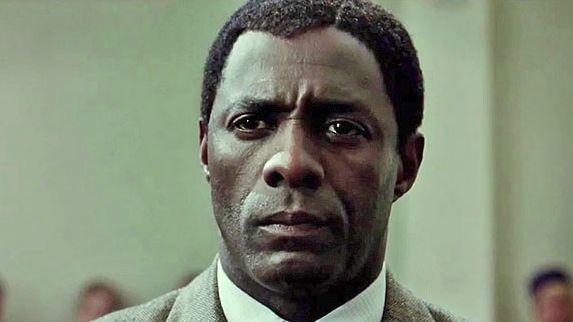 Making a film based on the life of Nelson Mandela would be a daunting task for any director.

Even before Mandela’s recent death (and this interview was conducted just days before) a biopic of such a universally respected figure had the weight of many people’s expectations pressing down on it.

So Justin Chadwick, whose CV takes in The Other Boleyn Girl and Bleak House along with EastEnders and The Bill, was reticent about signing on at first.

“At first I resisted it,” he says. “Mandela’s life represents 100 years of apartheid.” And it was the importance of that life that could stifle the film. South African producer Anant Singh had been shepherding the movie, based on Mandela’s official biography, to the screen for 16 years through various mooted directors. “I’d read a couple of the earlier drafts of the script and it was very reverential to the story and difficult to penetrate in terms of the characters,” says Chadwick. The danger was that the biopic of such a fascinating man could end up being boring.

The turning point came for Chadwick when he opened his Kenya-set movie, The First Grader, in South Africa. Producer Singh introduced him to Mandela’s friends and family. “I went for a cup of tea with Winnie and I was there for six hours.” And the personal relationships behind the politics started to come through. “I was able to find a way in to the story by showing them as men and women, husbands, mothers, fathers. We all know Mandela was a great politician but he boxed, he loved fast cars, he loved clothes, loved women. We show him and his flaws and that makes him real and gives an intimacy to the film.” 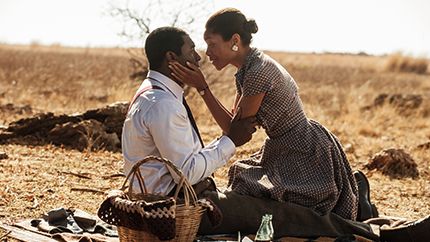 The approach was to be more City of God than Ghandi. “I was always talking about how we drop the audience in amongst it. To look at South American movies, look at anything that was away from traditional biopic or period movies. It was important for the crew to not just watch David Lean movies.” But as well as taking the influence of social realism on board “South Africa is a stunning country and we wanted a film that an audience would go to the multiplex to watch that had scale and car chases, that was exciting and visceral” while remaining real.

Creating cinematic scale while being in amongst the action also informed the decision to shoot on 35mm.  “I’d been a big champion of HD but when I went to Kenya I shot The First Grader on two-perf 35mm, mainly because we were in a very remote community. You know that with a 35mm camera someone will be able to fix it. It’s a mechanical thing and it’s tough.” It’s also mobile. “You can grab a 35mm camera and be in amongst the crowd. It was freeing. We were able to go into areas that I’m not sure an HD camera would have done in the same way.”

It could also capture the beauty of Africa. “You project it and the level of detail is beautiful and that’s raw, we didn’t have to manipulate that. We were catching crowds, huge riot scenes, helicopter car chases. We needed a medium that would offer a sense of cinema and give it an epic quality.” 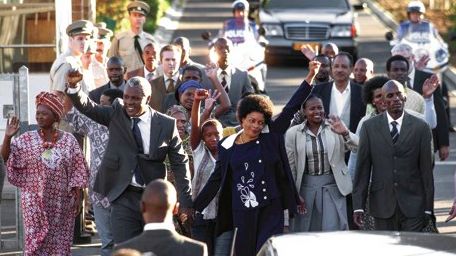 Scale combined with realism also came from a technique he’d used on The First Grader – to only use people from the actual communities he was shooting in as extras. The crowd was one of the stars of the film. “You can feel the crowd and that energy in the riot scenes.” During the final scene showing Mandela’s release, “we’ve got 1000 people from that community. We started the music off and the celebrations and within minutes there were 10,000 people there. The cameraman and me just carried on shooting. We got lost for half an hour. One of the line producers caught up with us shouting ‘you’ve got to have a release form from every single person here.’ Many had been there on the actual day. You could feel the emotion, and that informed the performances.”

The performances were also informed by the fact that real extras can’t take too many retakes. “Often we would use the very first take.” And that works for the actors too: “We’re not doing it over and over again. I’ll give the bones of the scene to the actors and we shoot two or three takes and, bang, we’ve got it. It’s very energising for the actors to have that clarity. Yes, you’re doing a movie and it’s got to be perfect but there can be energy behind it.” 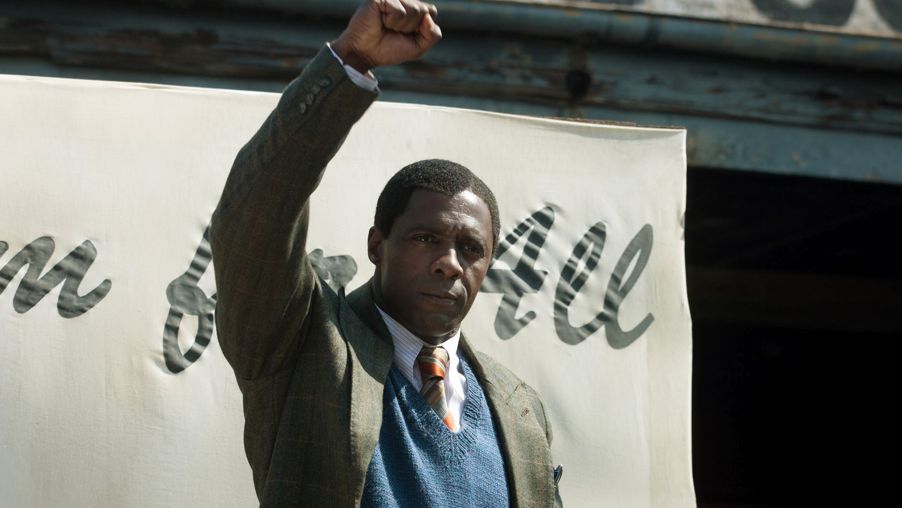 The speed was also informed by the fact that this was an independent African movie, and there was a responsibility to “make sure the money went on to the screen” and not on spending days on take after take. And that’s where his TV background helped, says Chadwick. “That’s the training ground for British directors. We’ve got great TV and great crews that work in TV. Some of the crew that did Spooks and Bleak House and The Vice came with me and did Mandela. We know we’ve got to capture it quick. On Eastenders, when you’re doing 17 minutes a day, it prepares you.”

CV
Justin Chadwick is the director of Mandela: Long Walk to Freedom starring Idris Elba and Naomie Harris. Chadwick starred in London Kills Me in 1991 followed by appearances in Heartbeat, Dangerfield, Dalziel and Pascoe, and others. His directorial debut was 1993 TV movie Family Style starring Ewan McGregor. He directed episodes of Eastenders; Byker Grove; The Bill; Spooks, and Red Cap before directing nine of the 15 episodes of the 2005 adaptation of Bleak House. Following his movie The Other Boleyn Girl (2008) he directed the feature The First Grader, in 2010 that starred Naomie Harris.