The Chinese TV market is booming and increasingly opening up to television from around the world. Jon Creamer asks UK producers about their experiences so far

With over a billion potential viewers and a staggering array of channels, around 3,000 in total, all hungry for content, the attractions of the Chinese TV market are obvious for UK producers.

The country’s current biggest hit, talent show The Voice of China, can pick up TV audiences of 120m and the lead sponsor on this year’s series paid £50m for the privilege. 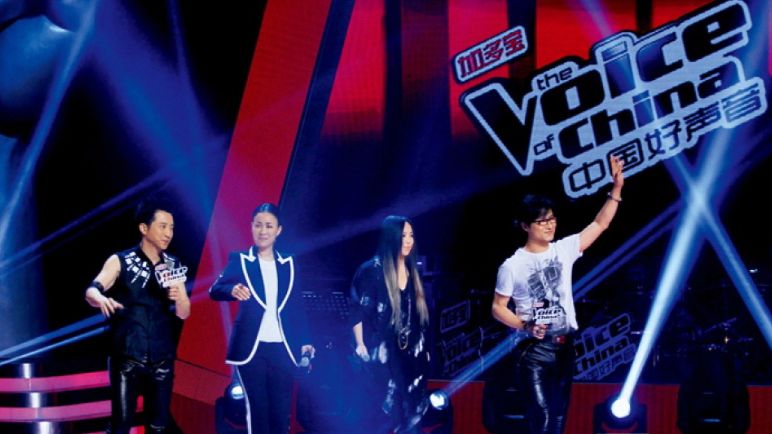 The UK government, and the UK producers haven’t been slow on the uptake. An agreement was signed at the tail end of last year between the DCMS and its Chinese counterpart to promote more collaboration between the UK and Chinese TV sectors. Pact and the UKTI’s UK Television Exports Survey published last year showed revenues from UK TV shows in China in 2012 climbed 90% on 2011.

Many UK indies got their first taste of dealing with the Chinese market on the recent Pact-led trade trip that ended with a ‘memorandum of understanding’ between Pact’s members and CCTV 9, the state broadcaster’s factual channel.

So UK producers and distributors are already doing good business in the country. CCTV9 is becoming a regular destination for doc producers (BBC Worldwide recently signed a co pro deal with the channel). And UK formats have already headed to China in their droves. China’s Got Talent is a massive hit as is the local version of The X Factor. Studio Lambert’s Gogglebox is the latest export after All3Media International closed a deal with Jiangsu Satellite TV. Deals have also been inked on Undercover Boss, Supernanny and Secret Millionaire.

Local knowledge
But for a producer unused to the territory, China is not an easy place to work, says Paul Jackson, former ITV and BBC director of entertainment and now creative director of Beijing based Houghton Street Media (currently helping shepherd North One format The Gadget Show on to Shenzhen TV). “It’s such a different culture. You need a Chinese partner. The difficulty is finding an honourable one. Many times when people have been making shows and licensing formats subsequent shows get made without them; they get paid late, things are cancelled with no recompense. It’s a very difficult place to do business.” The ‘wild east’ reputation is still partly deserved. 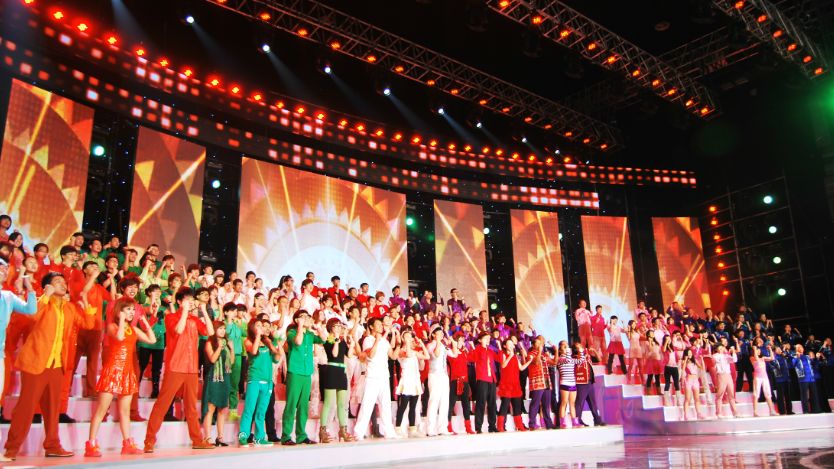 There are other problems too. The Chinese government can change the rules at a moments notice. Alarmed at the number of talent show formats on the Chinese networks, the State Administration of Radio, Television and Film (SARFT) recently limited channels to one foreign format a year, and a ban on those formats in primetime. The expectation is though that Chinese broadcasters will switch to ‘co-development’ deals with foreign producers where they will become involved with a format earlier in its life span as a way to work around this.

The language barrier is significant obviously, and the broadcasting landscape is bewilderingly big too. Danny Fenton, ceo of Zig Zag, who is currently developing formats with, and providing consultancy for, Chinese broadcasters. He has been working through the London/Beijing outfit Zespa Media as well as Jackson’s Houghton Street. “You’ve got to have a relationship with a local producer partner,” says Fenton. “There are so many different broadcasters both national and regional. Leila [Monks, who recently went on the Pact trip for Zig Zag] met over thirty different channels when she was in China.”

Going it alone
But a local partner isn’t always a necessity. Many British producers work directly with Chinese broadcasters, particularly those now used to commissioning internationally. “In my experience the Chinese partners I work with don’t want to work with agents,” says Liz McLeod, True North’s executive producer for specialist factual programmes, who’s currently putting together a series on Chinese designers for CCTV9 and CICC. “In specialist factual and documentaries, they want to work directly with producers in the same way a British broadcaster wants to talk directly to the producer.”

Getting to know you
But that depends on a relationship having been built up over time. As in the UK, Chinese broadcasters want to work with people they know and trust. McLeod has been putting together co pros with Chinese broadcasters since 2006 and that’s significant. As with much else in TV, it’s all about relationships and that holds particularly true in China. “People in China always look to the long term and that’s true of their commissioning partnerships,” says McLeod. “You’re never going to be successful if you just go out to China, meet everybody and then go away again. The dividends are great if you put the time in but you have to put the time in.” That’s echoed by Sam Barcroft, whose Barcroft TV digital channel has just got a spot on Youku, China’s answer to Youtube (and garnered 11m views within a fortnight). The deal was done directly with Youku after an initial introduction by Pact. Says Barcroft: “The key to all relationships that have wide cultural divides is consistency and taking time. You’re unlikely to do any immediate deals. People need to go to China a few times to start warming that trust up.”

But even when the trust is warmed up, producers must get used to the Chinese way of doing things. “It takes a very long time to get a decision,” says Jackson. “There’s the old indie saying that a ‘no’ is the second best answer. But there is no word for ‘no’ in China so you’re not going to get the second best answer. You get this constant prevarication. It takes a long time.”
Despite that, “their lead times are tiny,” says Jackson. “I’ve been talking about some World Cup programming to Chinese broadcasters for next April or May. They genuinely have said to me many times ‘Paul, why are you pushing us on this? We’re going to have plenty of time after the spring holiday.” 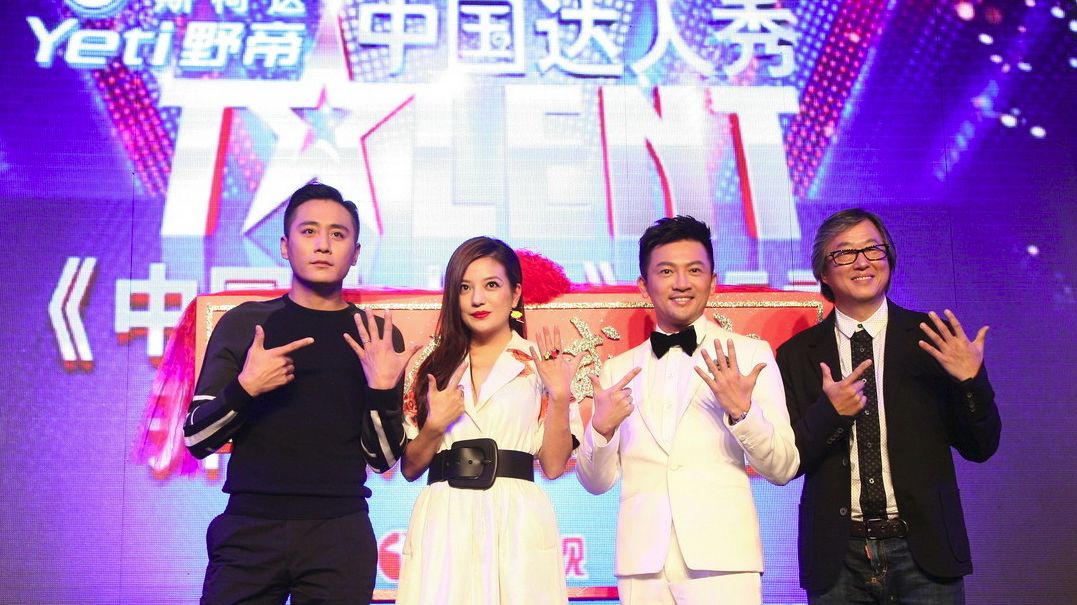 Different strokes
Creative director of Ten Alps TV, Fiona Stourton, who is exec producing The Secrets of Branding for CCTV2 through Blakeway, says that on earlier Chinese commissions, it was a surprise how bureaucratic decision making was, and how many people had a say in the programme “It was rather like making quite a complicated international co production.” There was also much more control over narrative and script, tough for current affairs producers used to reacting to events and going with them. “They want sign off on the narrative by all the powers that be before they film a frame.”
Chinese co pros can be tough too. “International co productions are very new in China,” says McLeod. “So there aren’t years of protocols and systems. Everything is untrodden ground.”

But despite the problems, the will is certainly there from Chinese broadcasters. For one thing, working with UK producers helps Chinese broadcasters forge relationships with international broadcasters through co pro deals. And apart from getting good shows on their screens, broadcasters are interested in learning new tricks. Commissions are “as much a learning curve for them in how we practically make programmes,” says Stourton. Part of that is finding efficiencies in production processes. The big formatted shows are done “comparatively well in terms of what you see on screen,” says Jackson. “But when you look behind that they work incredibly long hours, the technical standards maybe aren’t as good as they’d like them to be. They want to make these shows better but they also know that if they learned to do them better they might also be learning how to devise them and develop them themselves. That’s the real key.”

The next big thing
“China’s gone big on dating shows and talent shows for the last three or four years. That’s a kind of entertainment they know very well from their own culture. And for social and political reasons the dating shows are important because of the screwed up gender balance due to the one child policy. What they haven’t got and are just beginning to think about is reality. Hunan Television just had a big hit with a Korean show called Dad, Where are we Going? which is sort of Challenge Anneka where celebs take their kids to difficult places to do good works. It’s kind of reality. That show’s second only to The Voice of China. The reason The Voice was so huge was because out of all the talent shows, it was concerned with story. Almost by accident, because of the way the audition segments are set up, it brought story into the equation in a big way for the first time in China and was a sensation. Story suddenly become part of their consideration and reality takes that a step further.”
Paul Jackson, Houghton Street Media