As part of the recent Televisual Bulldogs Awards, we asked the winners of each category to tell us the story behind making their show the standout success that it became.

The editing team behind Michaela Coel’s multi-award winner, I May Destroy You, explain how they helped make the show a cut above the rest.

The editing team for I May Destroy You started small but expanded to six people to help Michaela Coel’s complex and experimental show to find its distinctive tone and shape in the edit.

A 12 x 30-minute series, each of the episodes were like mini-films, with their own identity and structure.

After a quite traditional initial edit which focused on assembling the story together, there was a distinct shift as more people joined and there was more time and space to play with key scenes.

It was as the team got bigger that I May Destroy You found style in the edit, marrying music and moving image to take the series to new heights. At times experimental, dynamic, and abrasive, the edit carefully balanced serious drama with dark comedy.

A couple of things quickly become apparent when talking to the six editors of I May Destroy You – Guy Bensley, John Dwelly, Amy Hounsell, Mike Phillips, Christian Sandino-Taylor and Lindsey Woodward.

Firstly, it was very much a team effort. “We were sharing ideas all the time,” says Woodward.

“I’ve worked in groups before, but never one that was so collaborative and such a sharing group,” says Bensley.

Secondly, they praise the creative freedom that Coel gave them during the edit. “The brakes were taken off,” says Dwelly. There was nothing that we weren’t allowed to try.”

This was particularly the case when the shoot finished, and Coel herself started coming to the cutting rooms. 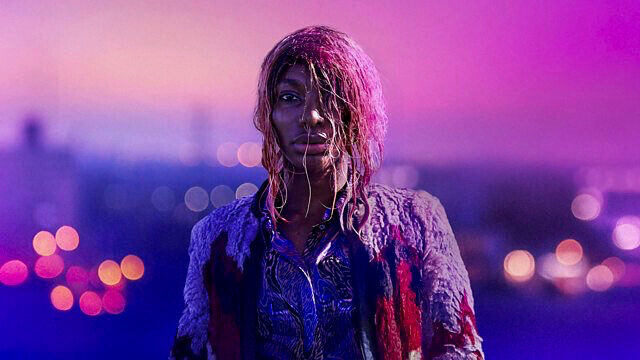 “We had a huge amount of creative freedom – there wasn’t anything that wasn’t allowed, as long as it was serving the story, the characters and what Michaela wanted to achieve,” says Dwelly.

“Michaela wasn’t precious – she was very open to anything that we would try, which was great. You could share anything,” says Woodward.

In fact, Bensley says that what makes I May Destroy You stand out is “the Michaela-ness of the whole thing. That’s what gives it its special quality.”

Hounsell explains that the editing team were encouraged to “just be really bold and to be unafraid to present ideas we had.” She speaks of the “lovely encouragement from Michaela and (co-director) Sam (Miller) to just go crazy and present what we feel is best. That’s a lovely environment to be in… it felt that we were all on a mission but in a positive way.”

Of course, the team also took inspiration from Coel’s scripts. “There’s lots to fit into a 30-minute episode,” says Dwelly. “Michaela’s writing lends itself to things being quite fast and as the editing style slightly shifted, that became more apparent – how fantastic her scripts were and how fast they were. The episodes are fairly breathless.”

By the end, each of the editors focused on a number of episodes each, but one gets the impression that the work was fluid to begin with – particularly at the assembly stage. Underlining the teamwork involved, Bensley says: “I started on two episodes and finished on two different ones.”

The edit started at DMR Film Ventures in Fitzrovia, moving on to The Farm Group’s Uncle facility after Christmas 2020. After locking a couple of episodes, Covid-19 lockdowns took effect and editing operation went remote, with the team liaising over Zoom.

Fortunately, says Dwelly, the team had been working together for several months by that point, so the creative relationships had been established. But, he adds, “I missed being able to pop in next door and walk up the corridor and have a chat or to get people in to review scenes together.”

It’s clear that all six editors feel proud of their work on I May Destroy You. “I got so many messages each week from people who just couldn’t get over the story and how much it had touched them,” says Woodward.
Adds Hounsell: “I just think it resonates with a lot of people who have gone through similar experiences – it opened up that conversation. And it’s just such a heartfelt story. It’s very brave of Michaela to create this.”