Behind The Scenes10.12.21
Behind the Scenes: Stay Close

Airing amid lockdowns in January 2020, The Stranger was a big hit for Netflix – so there is understandable anticipation for follow up Stay Close.

Like its predecessors, Stay Close is a standalone story, this time following three people – a photojournalist (Richard Armitage), a soccer mom (Cush Jumbo) and a homicide detective (James Nesbitt) – whose lives are disturbed by a terrible event from the past.

Shindler says she had long wanted to bring Stay Close to the screen, and was drawn by Coben’s story of a “seemingly complete soccer mum suburban woman who has got an extraordinary history which is going to invariably – but not in straightforward ways – come back to haunt her.” 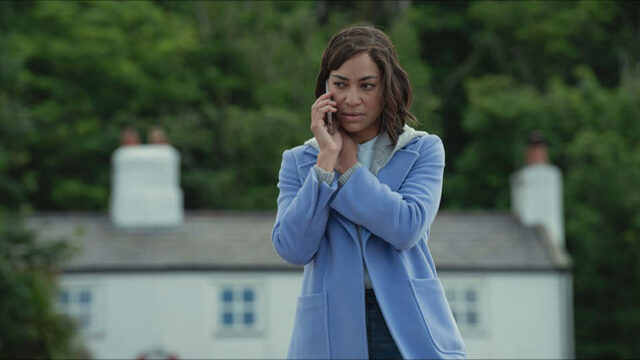 So when Netflix asked for another show after The Stranger, “we all agreed this would be a great story to tell,” says Shindler.

Director Daniel O’Hara returned to helm and to exec Stay Close after the success of The Stranger. For him, one of the appealing factors of the project is that it opens like its predecessors in the world of affluent suburbia. But as it delves into the past life of Cush Jumbo’s soccer mom character, Stay Close also journeys into the “slightly grittier underbelly” of her seaside town origins, allowing the show to explore the clash of two different worlds.

That was important, O’Hara says. “We want these shows to be standalone things, and not to feel like season four of Harlan’s Netflix shows. It is a new story, new characters and a new world.”

What is familiar though is the pace of storytelling. “The challenge is always [with a Harlan Coben story] whether you can move the plot at pace, but still have character depth and atmosphere in the show,” says O’Hara.

Predominantly a location-based show, Stay Close was filmed all around the North West with Blackpool as the key seaside town. Coben’s books, of course, were originally set in the US. Because the stories have been transplanted to the UK and are made for US streamer Netflix, there is a distinct transatlantic feel about the TV series. This mix is part of the ambition from the start. 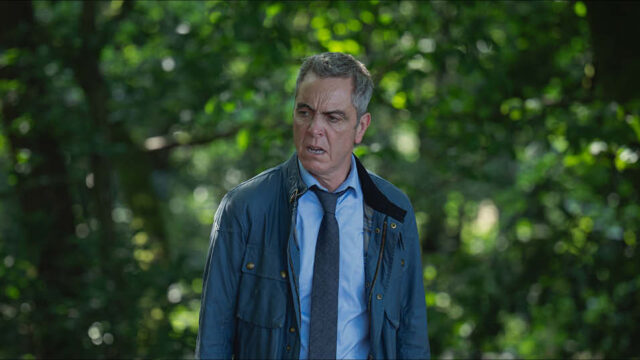 Shindler says: “With Netflix we’ve got a licence to go a little bit more heightened. Because there is so much American content on [the platform], we can just be a bit glossier. We can just push things a little bit more too, whether it is the violence, the love story, or the humour.”

Her point is echoed by O’Hara, who points to Stay Close being a collaboration between Coben and Brocklehurst. “You want it to feel like a US show made in England. It’s got the scale and slickness of a US show, yet we want it to be grounded and something that people can relate to.”

Some critics have pointed out that few of the people portrayed in Coben’s Netflix dramas could afford to live in the beautiful houses that feature so predominantly. It’s a point O’Hara acknowledges, but he says it’s important to build a world that audiences enjoy spending time in. Even in the gritty, dangerous world of the seaside town where Cush Jumbo’s soccer mom comes from, O’Hara says he wanted to give it a colourful, faded grandeur feel. “It’s a heightened world,” he says. “Everyone understands the rules once you are in.”

One constant running through production was, of course, Covid-19. Production started in February, and the cast’s first read through took place with everyone separated by plastic sheets. “It felt really important that we were all in a room, not on zoom, to interact with each other,” says Shindler. “We looked like we were either very futuristic – or in some meat factory.”

O’Hara says the locations team would often be the first to be challenged by Covid restrictions. For example, a key scene was due to be filmed at ruins in the middle of woods, but permission to shoot was withdrawn due to Covid fears. In nearly all cases, it was hard to find a range of location options because of Covid.

The weather was also a challenge. A carnival parade was shot in March in cold, wet weather almost like a hurricane, says O’Hara. A tennis match scene was delayed by snowfall earlier in the day. One of the most memorable days was filming with lots of extras inside a Manchester nightclub, at a time when nobody had been in a nightclub for nearly a year. “It took a lot of planning, coordination and testing,” admits O’Hara.

Stay Close was shot on the Sony Venice camera using Leica Summicron lenses. “Although we were delivering in 4K, we shot almost full frame,” recalls O’Hara. “We shot at 5.7K, which we felt added a richness to the image and just elevated the look of the whole show.”