UNIT and its TV & Film Division, UNIT Studios worked on Sky Atlantic’s Britannia, the 9-part drama set in Britain in 43AD as the Romans invade.

The show was a co pro between Sky and Amazon Studios and Vertigo Films in association with Neal Street Productions.

Unit’s team explain how the post work was completed.

UNIT Studios Executive Producer was Nicola Kingham: “We’re a relatively new TV & Film division of UNIT and were approached back in February 2017 to work on a handful of VFX shots, but Simon Frame (the Series VFX Producing Supervisor), was so impressed with our collaborative and creative contribution that the shot count soon grew to over 300 shots.  Notably, the Underworld, a high concept mythical location where the Druids go to see the future and to communicate with their dead, Handfasting and a Druid Initiation Ceremony”.

UNIT’s VFX Supervisor, Nuno Pereira, oversaw the production over four months and managed a pipeline with workflows for a 3.2K ACES delivery.

In light of the logistics, it was decided that the teams would be split and run in parallel. Pereira oversaw the whole of production comprising 23 artists. Creative Director Alon Ziv led a splinter team of two concept artists and one of UNIT’s in-house editors, Scott Ryan, devoted to creating the Underworld scenes.

“In the beginning, no one really knew what the Underworld was or what it was supposed to look like. It was an inherited sequence of loosely scripted dramatic performances by the actors, which had been shot against blue screen several months earlier catering for a simple line in the script which had read (we paraphrase here) ‘Divis goes into the Underworld’.  So, from a storytelling and editorial point of view there was a lot to be done,” says Pereira. 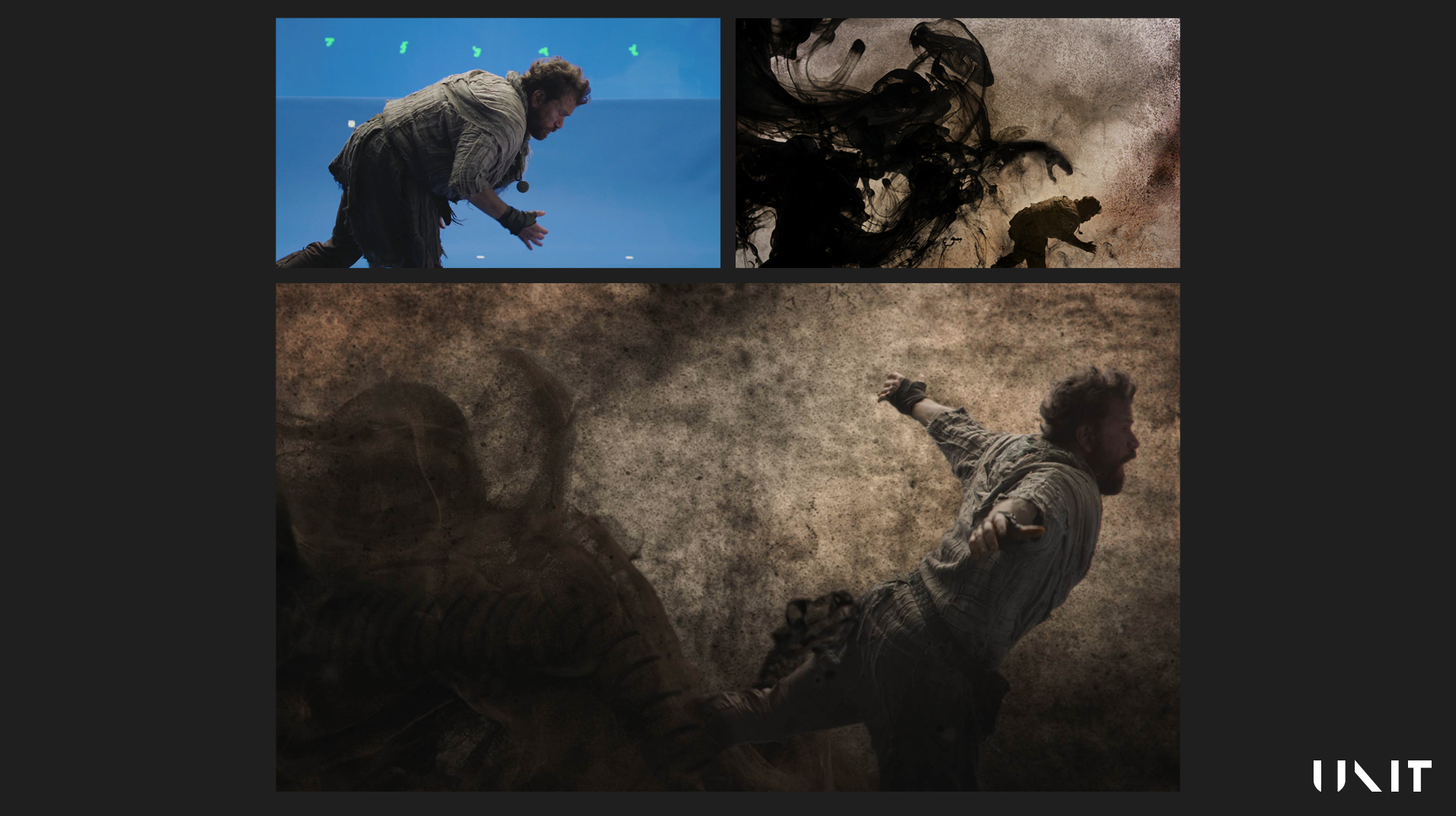 In creating the Underworld environment Ziv says, “The first challenge was to come up with a look and feel which clearly defined it.  It somehow needed to be a mix between a drug-induced hallucination and a believable location.   It was important to keep the reality of the Underworld vague because for the characters it’s a real place that changed and evolved every time the characters visited it, and what happens there has consequences in the real world.

From a practical point of view, another challenge was to keep the actors eye lines and spatial placement believable in these new environments especially because they were shot before any of the environments where designed.” 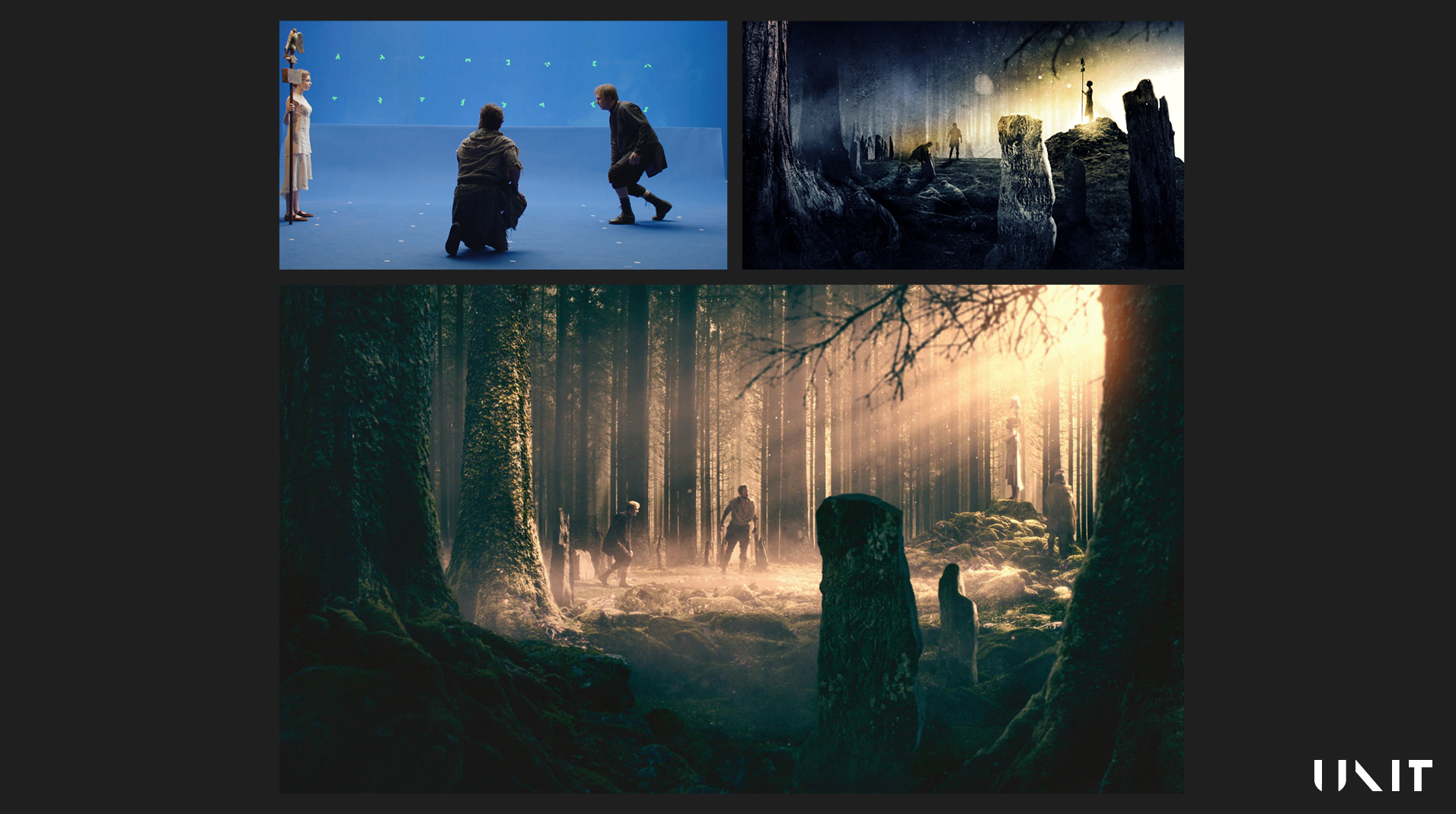 Pereira adds: “Once concepts were approved, these shots were taken into production. Due to its nature, it ended up being a full VFX build with every shot, except for the actors, being fully computer generated.  Our creative team worked on creature animation and simulations for the snake, with atmospherics and textures added in the smoke simulations and finally compositing. The team worked tirelessly to bring the concept art to life. The Underworld albeit real, is heavily stylized so it was quite challenging to make it grounded and believable and not just an imaginary sequence parallel to the story.”

Scott Simmonds, one of UNIT’s Lead Nuke Compositors says, ‘The biggest and most exciting challenge for me was bringing the 2D matte paintings to life, adding lighting, atmospherics, camera moves and parallax. The next challenge was then embedding our blue screen actors into the shot especially when the lighting was completely different. We had to really go in and mask off different body parts to either lighten or darken them in order to make the actors feel like they were shot in situ”. 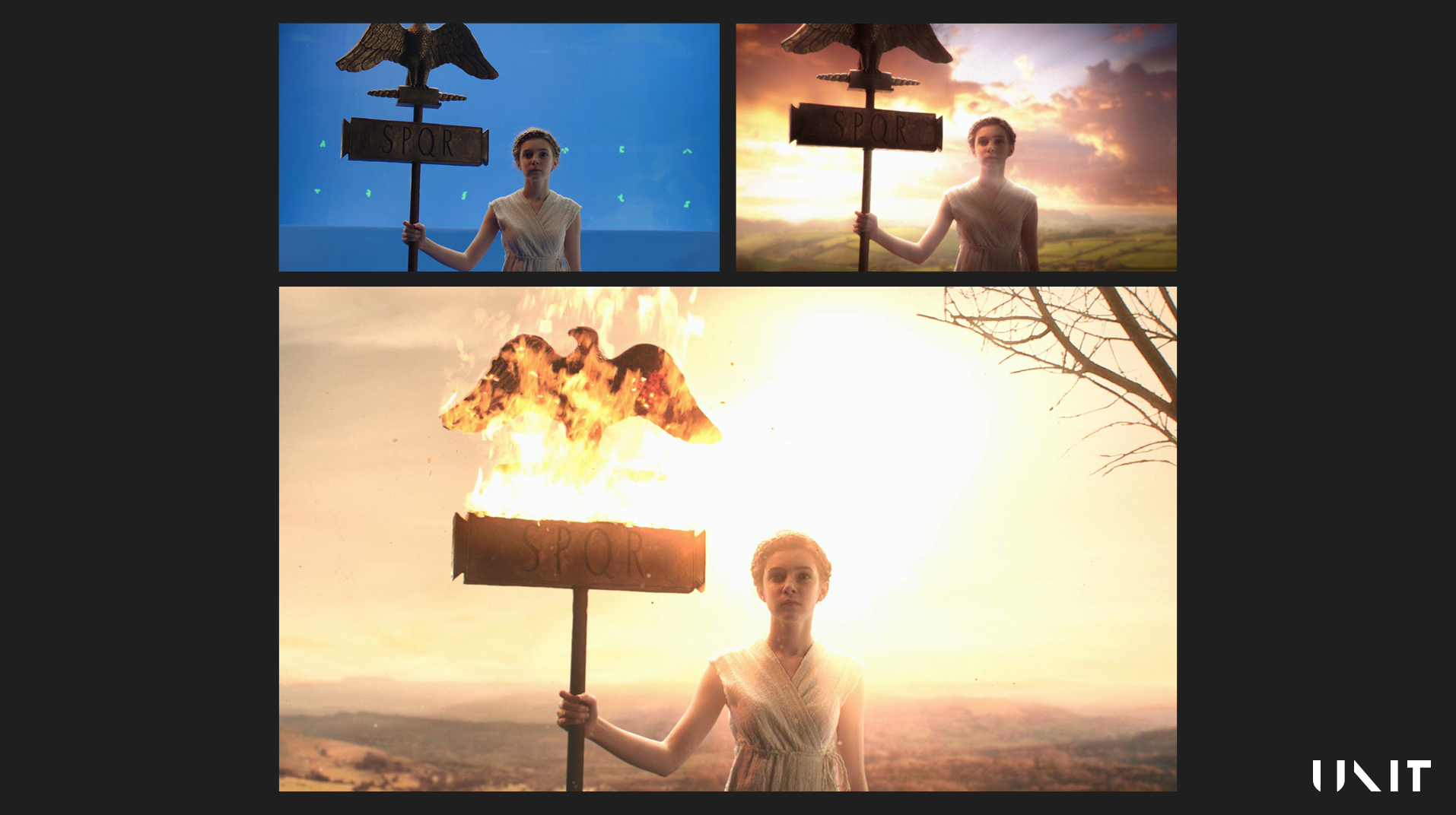 In the end, UNIT created four sequences for the Underworld with around 100 shots in total. UNIT led and carried out all post-production:  from concept art, to direction and editorial, FX, creature work, compositing and final grade.

Back in the ‘real world’ of Britannia, and the drama of 43AD, the second VFX team was working on two other sequences.  The first, a Druid Initiation Ceremony, where they were tasked with creating an optical Lensbaby effect.  Parts of this sequence had been shot in camera but the remainder needed to emulate the shallow depth of field, stronger centres of focus and the distorted outer edges of the effect across some 80 shots.

The other sequence was the Handfasting scene. Nuno comments, “This was a VFX heavy scene which incorporated a lot of invisible VFX over five minutes. This ritual marriage ceremony quickly turns sour and a battle ensues. Since this sequence was actually shot at different times, on different days, with different lighting conditions, it needed extensive work to create one seamless sequence. 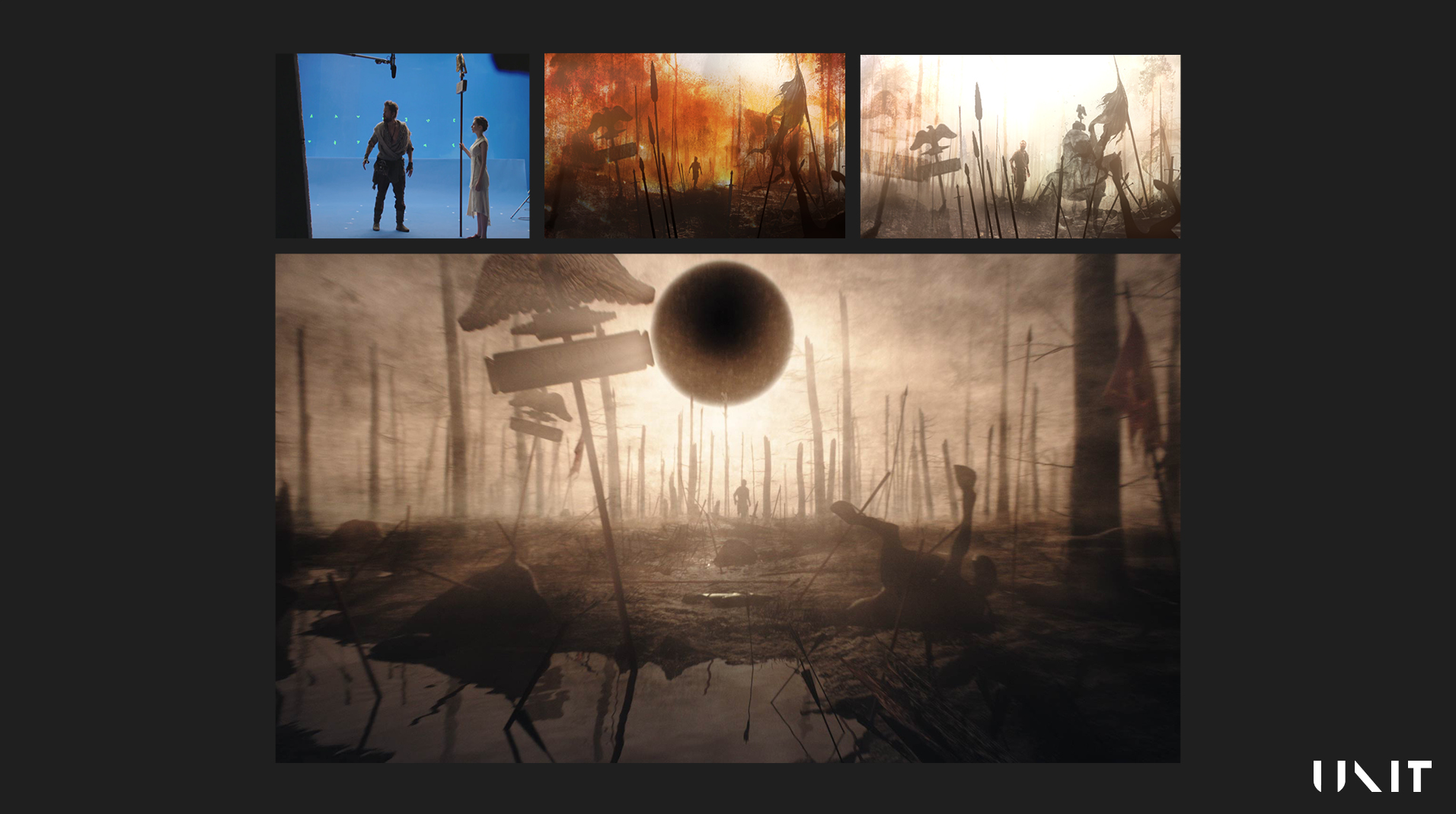 We were tasked with matching all the skies and the environments, then added smoke to the atmosphere (foreground, mid ground and background) balancing this with the existing smoke shots which had been shot on location.  The battle sequence itself, required clean up and removal, as well as the addition of blood, wounds and blood splatter”.

On grading the Handfasting scene, one of UNIT’s Senior Colourists Simon Astbury adds, “The biggest challenge was to match together an action heavy scene shot on three different days with four different cameras. To ensure a smooth flow of images in an action scene is difficult enough, but if you add varying weather and camera formats into the mix it becomes very challenging”.