While TV production may not be the industry with the biggest impact on the environment, it’s still significant.

On average, producing an hour’s worth of telly produces 9.4 tonnes of carbon when all the transport, production office energy, generators, flights and all the other essentials are totted up.

The last few years have seen more and more TV productions make an effort to lower their environmental impact. BBC in-house shows have had to measure their carbon footprint for a while now and those measuring tools have spread to the wider industry through the Bafta Albert Consortium.

The consortium is a group of indies and broadcasters that have teamed up to provide carbon calculators for productions along with a certification system for those who manage to lower their impact. There’s also advice on how to bring it down.

While lowering the amount of carbon pumped into the atmosphere is an all round ‘good’ thing to do, it’s fast becoming a pressing business need.

Sky and UKTV demand Albert certification as standard from all programme suppliers. BBC in-house shows similarly are required to provide this. It won’t be too long before it will want this from its indie suppliers as well and then ITV and Channel 4 won’t be far behind. “In years to come it will be business as usual to do this,” says Jez Nightingale who looks after the Albert+ certification process. “I suspect that there will be a lot more targets around carbon reduction in the industry and the government will be putting pressure on too. So the quicker production and broadcasters get on board the easier it will be in the future.”

There are financial considerations too. Nightingale reckons productions that go through the certification process end up saving money. “On average we’re saving about £6k a production. We’ve got shows where it’s getting into £20k.”

Most of the carbon savings are relatively easy to achieve too. “It’s not reinventing the wheel,” says Nightingale. “What we’re trying not to do in this is get production to feel it’s just another process they’ve got to go through, whether its health and safety or compliance. We want them to feel it’s important and they can do it without having to employ huge amounts of additional resource.” The easy wins are things most productions do as a matter of course now, like opt-in printing for call sheets and scripts when so many people prefer things sent direct to their device. General recycling is standard now too.

“What were trying to do now is get people to think about the bigger ticket items,” says Nightingale. “That tends to be around power usage when you’re burning red diesel in generators on location. It also tends to be around the transport.” Is there a taxi company or hire car outfit that uses hybrid cars for example? BBC drama The Interceptor hired electric vehicles and used them across the whole shoot. “That had a carbon saving of eight tonnes and saved serious money too,” says Aaron Matthews, Bafta’s sustainability manager. For international shows it’s often about hiring crews on location where possible. “That’s often an unpopular thing to say as people like working with people they know, of course,” says Matthews. “But if you use the carbon calculator it gives you the information to form an argument around why it might be better to do it a different way. Natural history shows by their nature have a huge travel footprint, but it’s not about trying to stop people doing what they’re doing. It just gives an opportunity to think is there anything they can do?”

“Power and transport and zero to landfill are the big targets,” says Nightingale. “That’s where we can get the carbon reduction.”

But the push can’t all be on production. “Production have got a lot to deal with already,” says Matthews. And production teams often only come together for short periods of time. “When we talk about the systemic changes we need in the industry, production will never be able to create that change themselves, which is why it must fall back to other organisations and broadcasters as well.”

It’s also about influencing suppliers. Caterers using biodegradable containers and reusable water bottles is one example. “Because broadcasters have got behind this, the caterers have had to start coming on board,” says Nightingale. “It almost becomes part of the competitive tender. It’s price first and then one of the next questions is their sustainable credentials. Increasingly suppliers are under pressure not just on price but to be more sustainable. That helps them to do the right things themselves.”

Lighting is another big energy sapper. “We’d like to see more and more lighting companies offering low energy lighting at a price that is comparable to the old tungsten stock,” says Nightingale.

Finding generators with a lower carbon footprint is an ongoing problem too. “The only way they can be more efficient is if they can be running some sort of biofuel,” says Nightingale. “But access to reliable biofuel is not easy and can be costly. Productions will do all of this within reason but if it’s going to start costing them with the pressures on budgets as they are,” then it’s unlikely to shift too far.

The next step, says Matthews, is to try to create changes that will mean productions don’t have to think or work too hard to bring down their environmental impact. “Generators are a problem so what else might we be able to do? Can we install access to the grid at locations with frequent filming across London? That’s something that’s happening on the continent,” says Matthews. “There are organisations that can help people recycle props and sets. If we had the facility to make that easy for production – centres specifically designed for them” then the end goal might be reached sooner. And that’s to simply “design waste out of the equation. To re-engineer it so that waste is something we just don’t create any more.” 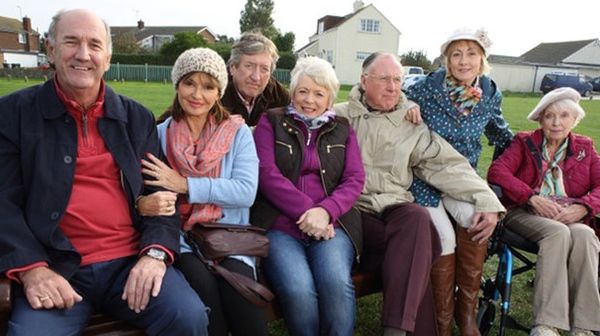 Our main objective was to be realistic about what we could do, and not put pressure on a busy and stretched production team.

So we choose these as our main targets: water, transport, paper, catering and recycling, but added a few more on when possible.

We handed out Hat Trick recyclable water bottles to all crew and artists and supplied water coolers at unit base and on set for easy refills. We used low emission/hybrid vehicles for unit cars, taxis and couriers and asked all where possible to comply with a ‘no idling’ rule. We emailed out all call sheets, schedules and movement orders as a minimum and avoided printing whenever possible. Our caterers supplied crockery and stainless steel cutlery and sourced as locally as possible. We had clearly marked recycling bins throughout the unit base and set. We donated items left over from the shoot to The Refugee Council.

Introducing new initiatives on a production will always be a bit more time consuming to begin with; there’s a certain amount of measuring usage which can take time and time spent researching greener options. But as people get used to these practices over the months and come to view them as the norm it’ll all bed in I’m sure.

It was cost neutral. There were savings on paper, water bottles and fuel for sure, but these would have been offset by bringing in the water coolers, additional time for washing up the crockery and cutlery etc.

Change in itself can be difficult and some aspects of the production cannot be changed. For example, because we were shooting at numerous and various locations across a seven week period, we couldn’t rely on a mains power supply (to eliminate use of the Genny). Being at the mercy of the British weather we couldn’t be sure we could always use low energy lighting, but our Lighting Dept did try to implement these as much as possible.