Every other month Adam Buxton (of Adam and Joe fame) hosts BUG at BFI on the South Bank. BUG showcases the best creative work in music videos and sells out very quickly to an audience of promo directors, designers, producers and a sprinkling of general public.

The format is simple – Adam sits on stage with his laptop and rambles on about great pop promos, screens a batch of them and then browses through a load of inane YouTube comments about the videos, rinsing them for full comedy value. 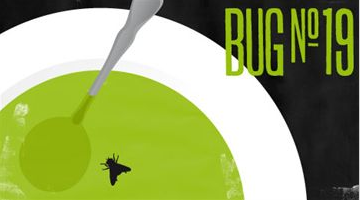 He does this twice a month (for the month it’s on), with one of the nights featuring an on-stage interview with a promo director and the other BUG night (the director’s cut) the same but without the director interview.

Anyway, it’s a great night (co-organised by Promo News‘s David Knight) and, for those who missed out on last night’s BUG 19 Director’s Cut, here are a few of what, for me, were the highlights…

Probably the most impressive of all the videos was Paris production company One More Production’s director Patrick Jean’s Pixels. It’s a spectacular piece of work, which is listed under the ‘inhouse’ section of One More Production’s website so was clearly made for love not money. Having said that, this morning a press release went out from US production company Mothership to say Jean has been added to its roster for commercials work in the US, following the viral success of Pixels.

Furthermore, Jean is joining up with Adam Sandler’s Happy Madison Productions to create a “big-screen version” of Pixels, with the plan to make a "Ghostbusters-style action comedy” where characters come out of a video game to wreak havoc in the real world.

Next up is Factory’s promo for New York singer-songwriter Diane Birch’s Valentino, directed by Dennis Liu. This meticulously planned one-shot video is super impressive and one of those ones that begs the question, ‘How did they do that?’ Fortunately, that mystery is solved in the behind the scenes video Factory has also handily put on YouTube.

And here’s the behind the scenes reveal…

Adam Buxton was particularly proud to present the next highlight, Radical Media’s ever-changing interactive experiment for Johnny Cash’s Ain’t No Grave. The reason for his excitement is one of his digital drawings features in the promo. The concept is for visitors to the Johnny Cash Project website to choose a frame of the video and draw their own portrait of the scene.

All the submitted user artwork is then pieced together to form the finished video, and because new artwork is continually being submitted, the promo is never the same twice. Each piece of work has to be approved before it becomes part of the video, so while Buxton’s fairly convincing sketch of Cash made the cut, one of his other efforts from another frame of the video, which in all honesty was a bit rubbish, was rejected. He wasn’t at all bitter about the rejection either! 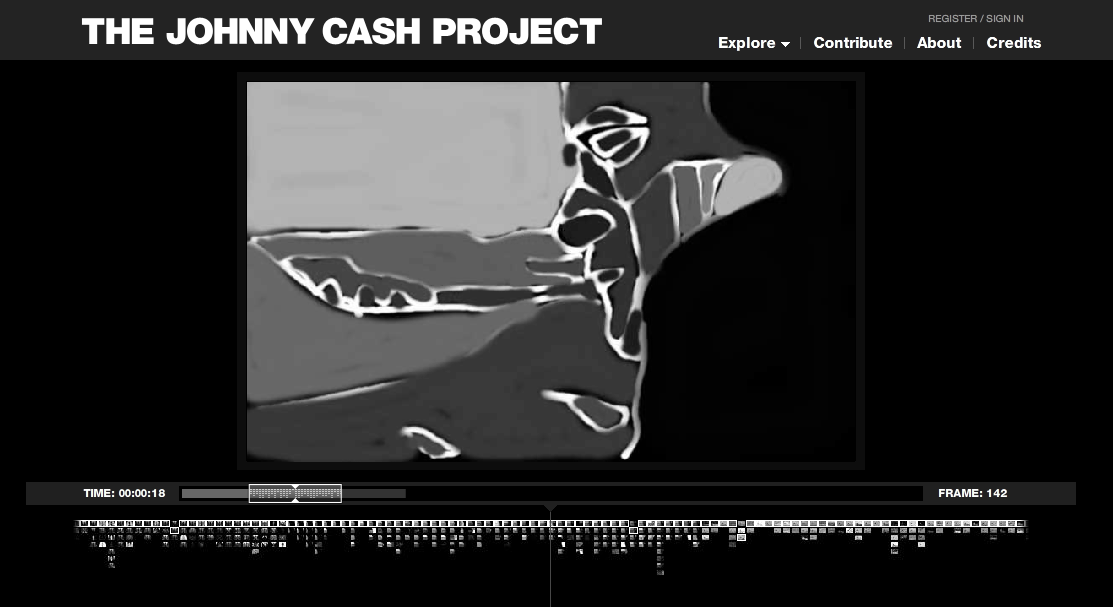 There were plenty of other inspiring videos shown last night, including Max Hattler’s art-inspired loops 1923 (aka Heaven) and 1925 (aka Hell) – see my earlier blog for more on these.

But the final one I’m going to finish with is the one Buxton finished the night with last night. It’s a blast from the past from the Adam and Joe archives and a cheeky little warmer for the World Cup. Originally made way back in 1998, here’s (click the image below) Adam and Joe’s ridiculous football video, the Footy Song. Enjoy! 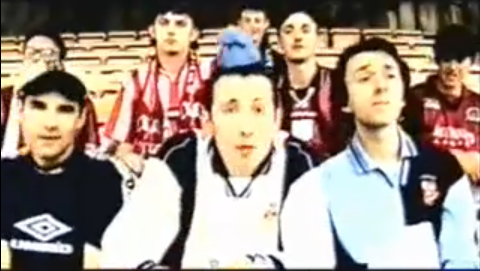 For more on BUG, head to www.bugmusicvideos.com – the next two BUG nights will be at the BFI on 15 and 23 July. Thanks to Locomotion for getting me in last night, and well done on your consistently high quality title sequences for the event.