The Paralympics has become synonymous with overcoming adversity, and Channel 4’s feature to launch the 2020 (2021) Games, carries that sentiment.

The three minute trailer continues the Super. Human. campaign, exploring the sacrifices, pressure and commitment, which are all part of being a Paralympian. The trailer closes with the statement, ‘To be a Paralympian, there’s got to be something wrong with you.’

Directed by Bradford Young and captured by DP Rina Yang, for creative agency 4creative, Time Based Arts was selected to handle visual effects and grading, with colourist Simone Grattarola leading the grade in DaVinci Resolve and Leo Weston looking after VFX in Flame. 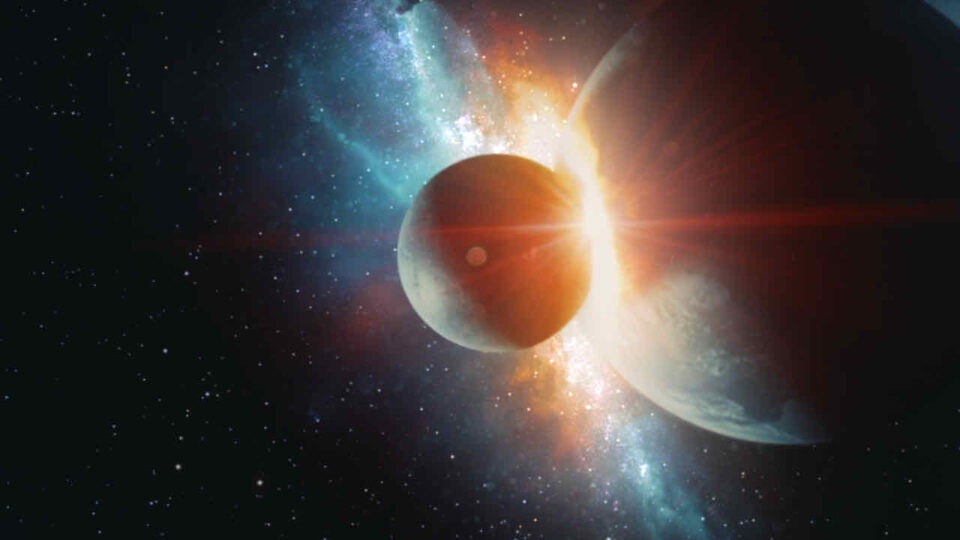 “Before the shoot, we were sent the treatment and attended provisional meetings with the creative team, where we discussed the visual effects and took decisions about the project’s feel,” says Grattarola.

“We discussed ambition, narrative and emotion and decided to approach the project like a film rather than a commercial, it was an area in which we all felt comfortable and confident it would deliver the brief.”

Though a continuation of Super. Human. the campaign was intended to deliver a different tone. It focuses on the challenges in training and preparation for the games, with a backdrop of lockdowns and the resulting delays. 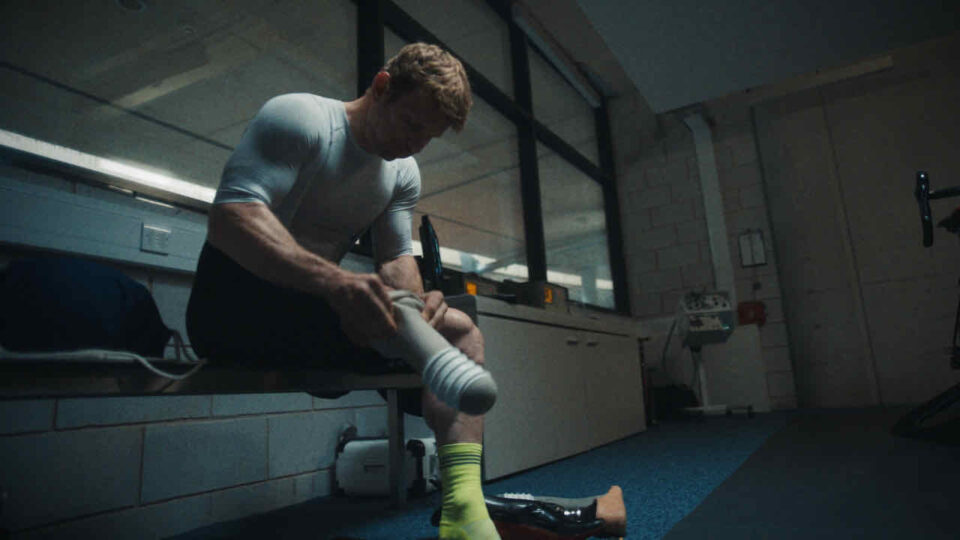 “The setup for the piece is the mundaneness of everyday lives, juxtaposed with heightened experiences, dream like states and nightmare scenarios,” explains Grattarola. “This translated into the grade through light contrasting dark, punctuated with animation, saturation and grain, to retain viewer engagement.”

During the post-production process, colour and light variants from footage filmed in diverse conditions were manipulated to fit the narrative. In one particular scene, a Paralympian drags heavy weights across a gym, shot on a bright day for a scene which later required a dark aesthetic.

“We built a PCW (Power Curve Window) and cooled the light coming in, flipping the light direction and creating more shadow,” Says Grattarola. “We dialled out the background but keeping the light on the athlete by tracking shapes over his face as he came towards the camera. Essentially relighting the room in a two dimensional space, using hand built shapes and tracking tools.” 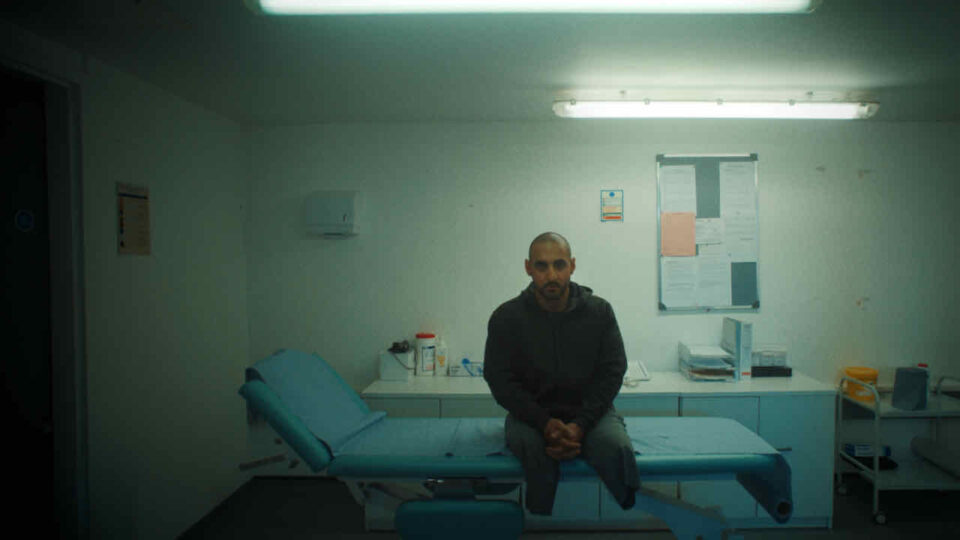 Throughout the film, Grattarola and the team used theatrical effects to draw the audience through the narrative. Maintaining cool or warm colours to create smooth transitions and even matching prominent colours from specific objects.

“There’s a scene with boccia balls which are a dark blue, and the following scene featured a green headband. We bought the colours closer together, with keying, matching and tracking,” says Grattarola. “It carried the viewer through the piece and unified separate elements.”

The VFX were delivered in Flame and the grade in Resolve, with both implemented simultaneously in real time at Time Based Arts. Operating on a shared server meant files were not being downloaded or reformatted, VFX were implemented directly into the timeline, which benefited the workflow.

“In a particular shot Ellie Simmonds, has a great big gold medal around her neck, which is dragging along the bottom of the pool,” explains Grattorola. “It was shot bright, but Bradford wanted it dark. We had to build some shapes and also change the colour of the blue in the water as it was affecting the gold medal composite the team had created.” 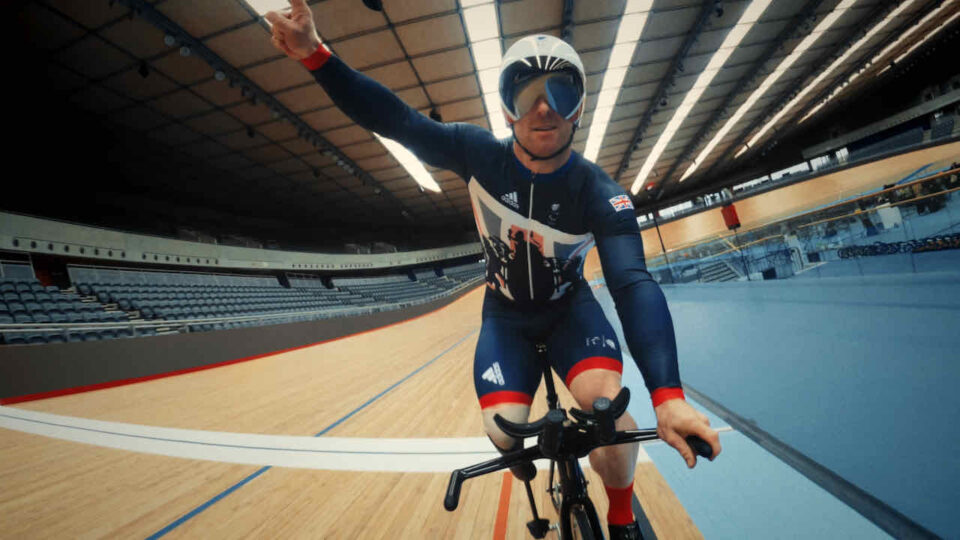 “Instead of continuing to work with the composite we had, we completed the grade, and then the medal was put back in and matched. A flexible workflow meant we were not completing the process in stages, and that we could deliver what the director wanted without compromise.

“This ability to collaborate created a seamless process and enabled discussion across the team, updates were made up to the point of submission.”

The final deliverable was a 2K HD master for broadcast, with versions cut down for YouTube 16:9 and Instagram 9:16.

Commercials & Brand15.11.22
ITV branding gets a make-over and new idents

Ahead of the launch of new streaming service ITVX, ITV’s channels have been given a fresh look, with new channel branding, on-screen presentation and idents launching across all on air channels, from today. ITV Creative and DixonBaxi >>>
Prev Post
Next Post
This website uses cookies to improve your experience. We'll assume you're ok with this. I've read this
Privacy & Cookies Policy