Michael McDonough, the DoP of Terence Davies’s upcoming film Sunset Song tells Tim Dams why he opted for the large format – and rarely used – Arri 765 camera to achieve the unique look of the film

Sunset Song is an adaptation of Lewis Grassic Gibbon’s novel by acclaimed director Terence Davies (House of Mirth, Of Time & The City).

Starring Agyness Deyn, Peter Mullan and Kevin Guthrie, it’s set at the dawn of the First World War and is the story of a young woman’s endurance against the hardships of rural Scottish life and the changes wrought by the War.

The film beautifully captures the turning of the seasons, in the years leading up to the War, and shot in Scotland, Luxembourg and New Zealand – the latter so it could capture the harvest cycle.

Critics have noted the cinematography of DoP Michael McDonough. (“He lets the camera glide through magic-hour-magicked corn fields, before a genuinely spine-tingling shift to wintry whites, and fills the frame grandiloquently with brooding expanses of sky,” said The Telegraph’s Tim Robey). 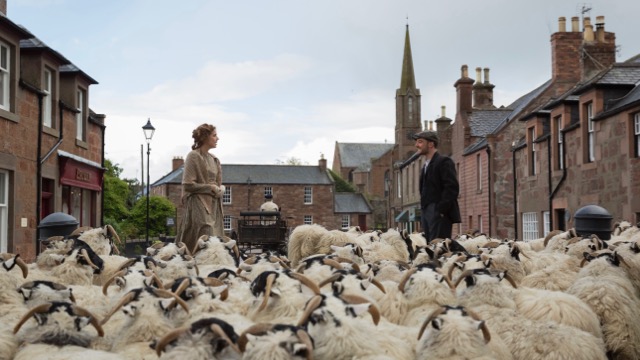 The choice of the large format, and now rarely used, Arri 765 was “a masterstroke by the production,” says McDonough. “It gave a scope and grandeur to the landscape work that went hand in hand with the idea that the landscape was an equally important character within the story. In many ways, it’s what the film is about – the land will endure.” He adds that the Alexa XT was perfect for studio work – light, agile and considerably smaller and faster than the film camera.

Plenty of pre-shoot testing proved that the combination of digital and 65mm would work well together, says McDonough. “The size of the negative and the lack of substantial grain in the 65mm matched very well with the subtle noise floor of the Alexa XT and they cut back and forth seamlessly.”

The 765 came with its own set of 65mm lenses – rehoused Hasselblad medium format glass. They came pristine, straight off the shelf from Arri in Munich because the large format camera has been such a specialist tool, limited to films such as Little Buddha, Shutter Island and Gravity. 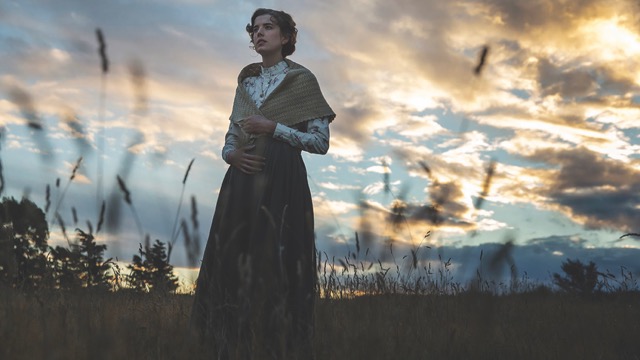 Similarly the Zeiss Master Anamorphic lenses for the Alexa XT were brand new. “So new in fact they only had three focal lengths for us to use – 35mm, 50mm and 75mm. This worked perfectly well in the studio and gave the film a great sense of consistency, backed up by Terence’s preference for beautifully controlled movement and framing.” McDonough adds that the lenses were sharp and clean and true all the way to the corners, “but still have that cinematic quality, akin to the peripheral vision of the human eye – the areas of fall off – that I am so drawn too.”

The “stellar” grade was carried out by colourist John Claude at Dirty Looks in Soho. “I came into the grade a few days late because of work commitments in LA and he had already given it an overall pass and it looked just as we’d designed,” says McDonough, who adds that this was built on the on-location DIT work of Matthieu Straub. “Together we built LUTs for the Alexa which were rich and heavy, meaning I had plenty of negative range underneath, and these were translated to the dailies each day so Terence had a very strong sense in the edit of the finished film. The consistency of Matthieu’s oversight and the rigour of the stage lighting made for an easy translation to the DI suites the majority of the time.”

Looking back, McDonough says shooting on 65mm “was a personal joy for me” and a unique career moment. “It gave such a concrete reality to the landscape.”