Features & Opinion20.03.15
From Mr Bean to the Clangers: the UK gets animated again

From Mr Bean to The Clangers, a swathe of animations are now being made in the UK. Tim Dams on the decline and rise again of an industry

Just a few years ago, the mood within the tight-knit UK animation sector was grim. Broadcasters had cut back on commissioning and slashed budgets as a result of the economic downturn. The costly, labour intensive nature of animation also meant production was heading off shore to rival territories offering incentives, like Canada, France or Singapore.

In response, the industry fought back with a lauded lobbying campaign for an animation tax credit led by Animation UK. It worked, with Chancellor George Osborne famously announcing in his 2012 Budget that he was determined to keep Wallace and Gromit in the UK.

Now, nearly two years since the tax credit was introduced in April 2013, the animation sector has rediscovered its mojo. From The Clangers to Mr Bean, there’s a swathe of shows in production in the UK. 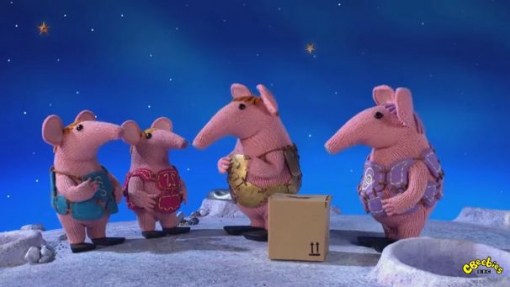 “The industry is in the best shape it has been in for a number of years,” says Pact senior policy consultant Rosina Robson, who oversees children’s TV and animation at the producers’ alliance.

A recent Olsberg SPI and Nordicity report on the impact of tax credits said animation production spend had risen from £46m in 2011 to £51.7m in the first year of the tax credit, 2013-14 – a rise of 11%. This included £43.9m on domestic UK production and co-pros, and £7.8m from inward investment production.

Animation producers certainly back up the official figures. Collingwood & Co boss Tony Collingwood describes the tax credit as a “life line” for the sector. He recalls that many in the industry were in a state of despair before April 2013 as they struggled to get shows fully financed.

“It has really set the whole animation industry alight,” adds Factory managing director Phil Chalk. Based in studios in Altrincham, Factory has, in less than two years, gone from making a single project to now producing five. These include 52 new episodes of The Clangers for CBeebies and Coolabi and six episodes of new satirical show Newzoids for ITV. As a result, Factory’s staffing levels have increased from 30 to 125 people. 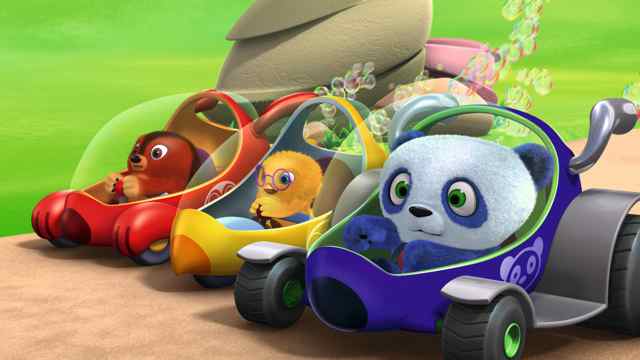 Boosted by the 20% tax credit, a swathe of shows across the industry suddenly went into production after April 2013 – including Collingwood & Co’s Ruff-Ruff, Tweet & Dave. “It would not be in production if it were not for the tax credit,” says Collingwood. Ruff-Ruff Tweet & Dave is a co-pro for CBeebies and Sprout. “A lot of the CGI is being done in Singapore, but there is a crew of 20 people inhouse and outhouse in the UK who wouldn’t be employed if it hadn’t had happened,” he adds. “It’s a win win for the the government and industry across the board.” Collingwood & Co is now in development on new show Thorgar, and is planning to animate the entire series in England – employing some 40 people.

The tax credits, say producers, have finally put the UK on a level playing field with rival countries. US broadcasters, in particular, are chosing to invest in shows made by the strong pool of talent in the UK.

By way of example, Phil Chalk cites Scream Street, a 52×11-min series for CBBC and Coolabi. It took almost three years to pull together the financing, with the tax credit providing a vital fillip. “The tax credit helped enormously – it gives all investors confidence. It is often the last 20-25% of a production budget that is the most difficult to find.”

Tom Beattie, head of Tiger Aspect’s animation department, thinks that making the show in the UK has improved its quality. “There’s not the hassle of directing by email,” says Beattie, who adds that directing teams of animators based abroad can be a false economy. “What you get back is not what you asked for. Then you’ve got to redo things and there may be extra charges ” says Beattie. “You’re fighting backwards and forwards and you end up with a middle ground of what you can both achieve for the agreed price.” With a UK team, things can even be changed and added in the edit because all the creators are in the same room.

Many of Tiger Aspect’s animation team have been trained up in CelAction, the 2d animation software favoured by UK animators. The ambition now, says Beattie, is to keep them together to work on an adaptation of Aliens Love Underpants. 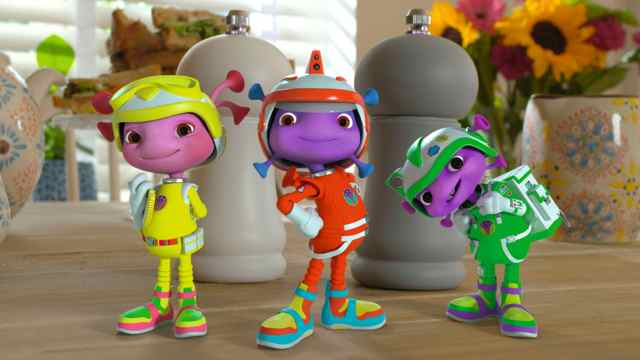 Elsewhere, vfx company Jellyfish has responded to the upswing in production by setting up an animation studio in Brixton, where it is working on Floogals, produced by The Foundation/NeVision for Sprout. The 52×11-min series is a mixture of CGI and live action. It’s also making Amazon preschool pilot Buddy: Tech Detective – also with The Foundation.

Jellyfish CEO Phil Dobree says the animation studio now has 35 staff. “We are investing a lot in people because what we have noticed is that the art of traditional kids animation, which the UK used to be so strong at, has been lost as animation work has been almost entirely done in overseas territories. The people coming out of film school tend to be trained to do photo real animation – useful in feature films – but we want to get them up to speed with kids animation techniques.”

There was a concern that the sudden glut of animation projects would create a buyers market for animators, inflating prices. But that hasn’t happened, says Collingwood. He says Creative Skillset’s Skills Investment Fund, which collects a levy of 0.5% of production spend for shows that access the tax credit, has been put to good use to train people in CelAction.

The biggest problem is that the number of UK broadcasters commissioning animation remains small, with the BBC the key investor. CBeebies and CBBC are the first port of call for indies in the UK, but their budgets have been dropped since the licence fee settlement in 2010. “Hopefully, the animation tax break will encourage the others,” says Collingwood.

It is, however, possible that other UK broadcasters will start to commission more animation.

The new tax break for live action children’s TV is set to come into force from April, and will mirror that for animation with the relief available at a rate of 25% on qualifying production expenditure.

And this week Pact and the Ragdoll Foundation launched a campaign to to improve availability of good quality TV programmes for children.

The report set out options for improvement which include a return to PSB quotas for original children’s programming.

The campaign, coupled with the children’s tax credit, could provide a spur for  greater investment in kids’ television – which could have a further positive knock on effect for an already busy animation industry.

Facts and figures from the animation world

– 22 animation productions began principal photography in 2014. 16 of these were domestic productions, the remainder inward investment productions. These include new series of CBeebies’ Sarah & Duck, produced by Karrot  Entertainment; Toot the Tiny Tug Boat from Lupus Films for C5’s Milkshake; and One Night in Hell, Queen guitarist Brian May’s animation for Sky Arts.

– The average full time salary in the animation industry is £31,772

– The UK has a long tradition of creating successful animation programmes such as Wallace and Gromit, Bob the Builder, Thomas and Friends and Peppa Pig.

– The sale of licenced merchandise from UK animation brands, such as Peppa Pig and Thomas and Friends, was worth an estimated £500m in 2013.

– The total economic contribution of the UK animation sector to the UK economy was £171m, supporting 4,700 full time jobs and generating £52m in tax revenues.

– The live action children’s tax credit was announced in the Chancellor’s autumn statement last year, and is expected to come into force in April.

*Figures from the Economic Contribution of the UK’s Film, High-end TV, Video Games and Animation Programme Sectors, produced by Olsberg SPI and Nordicity