Sports indie Whisper Films has stepped up a gear with its F1 coverage for Channel 4. Tim Dams talks to co-founder Sunil Patel

A good start. That seems to be the verdict of most Formula One fans to Channel 4’s coverage of the sport since it took over from the BBC last month.

Before the launch, C4 stressed the diversity of its new F1 presenting team, and talked up its history of innovating in sports TV, notably with Test Cricket and the Paralympics.  “We have a unique ability to innovate with live sports coverage, and we are going to do the same again with Formula One,” said chief creative officer Jay Hunt.

However, few viewers thought that C4 had reinvented F1 coverage after watching its debut coverage at the Australian Grand Prix. That’s hardly surprising given that sports indie Whisper Films had less than 10 weeks to put together its coverage for C4. The indie won a competitive tender from C4, which picked up free-to-air rights to F1 in December when a cash-strapped BBC pulled out of its deal three years early.

The fact that Whisper is minority owned by C4 through its Growth Fund raised a few eyebrows at the time. However, C4 insists the tender process was properly managed. A C4 insider adds that the Growth Fund was specifically designed to back fledgling indies like Whisper, particularly in markets such as TV sport where barriers to entry are high and the sector is dominated by two players, IMG and Sunset + Vine.

To date, Whisper’s programming includes films for brands within F1 such as Red Bull, UBS and Shell; short films for the BBC; highlights programming for ITV; and a doc for BBC1, Racing With The Hamiltons: Nic In The Driving Seat. But the F1 contract takes it to a new level. Now employing 25 people, Whisper last year relocated from Ealing Studios to larger premises in Power Road Studios, Chiswick.

Patel says Whisper’s immediate priority for its F1 coverage is to “be credible and deliver the sport”. He adds: “We are not going to take it off into a new direction that is going to upset existing fans.”

“David Coulthard is there week in week out to be your comfort blanket, then we layer around him people who have absolute credibility – whether it be [technical analyst and Formula Asia Championship winner] Karun Chandok, [Williams F1 test driver] Suzie Woolf or [former F1 champion] Alain Prost.” 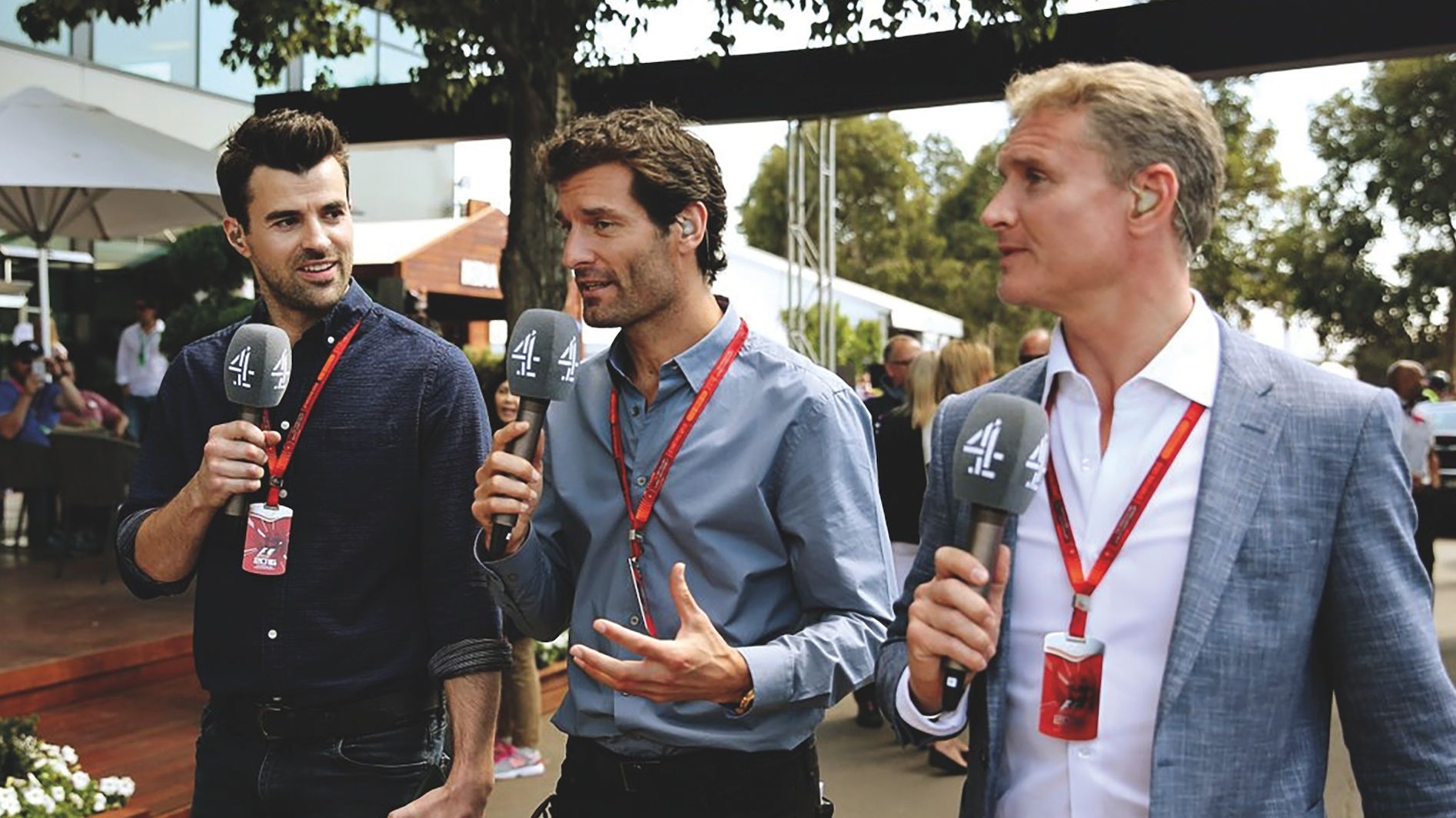 Looking ahead, Patel says he’s keen for Whisper’s coverage to bring a new audience to F1. “C4 stand for innovation, and that is where we will be pushing.” And that, he explains, is about “how we come on air, how we present the graphics, the talent line up, different voices and different opinions.”

Whisper is limited in how it can present the races as it takes core coverage from a world feed produced by Formula One Management (FOM). So any innovations will take place around the edges of its race coverage, particularly in VTs.

In particular, Patel thinks Whisper lift the production values of its F1 coverage. He praises the BBC’s coverage of F1 (which he used to work on). But he believes that F1 was ‘slightly underloved’ at the BBC, not by the people working on it, but at a wider level where it was seen as an expensive sport to produce for a niche audience.

By contrast, and speaking just before Sky snatched all rights to F1 from 2019, Patel insists that Whisper “has got C4’s backing to really go for it. The channel are really behind us.”

Whisper is shooting features to accompany the races on Sony F5 cameras “to give a Whisper feel” to all packages. The ‘Whisper feel’, he explains, is cinematic, high-end and glossy.

He says such a look is a calling card for Whisper. “In a relatively short space of time, we have created a production company that is well known for producing high end sports content – whether motor sport, American football, tennis or football. Whatever we do, we will do in a cinematic way.”

Other technical innovations have seen the Whisper production team move editing platforms from Final Cut 7 to Adobe Premier Pro. “Premier Pro has more bells and whistles to it. It lends itself to quicker workflows.”

The decision to switch editing platform was taken the day after Whisper won the F1 contract, adding to the challenge of producing the coverage. Says Patel: “We were also covering the Superbowl for BBC2 and BBC1 while setting up what we are doing on Formula 1. It’s been a busy and exiting time…and it’s been challenging.”

Patel was previously a producer for BBC Sport where he worked on Euro 2008, Match of the Day, the Olympics, Wimbledon, The Open and Formula 1 coverage. He has also worked at Sky and IMG.

Coulthard is a former Formula 1 racing driver who won 13 Grand Prix during his career. He is now a pundit and commentator for F1.