Writer and executive producer Sarah Phelps and production designer Cristina Casali explain how they brought a 1915 First World War field hospital to life with contemporaneous photographs, plans and diaries and US drama Deadwood as inspiration 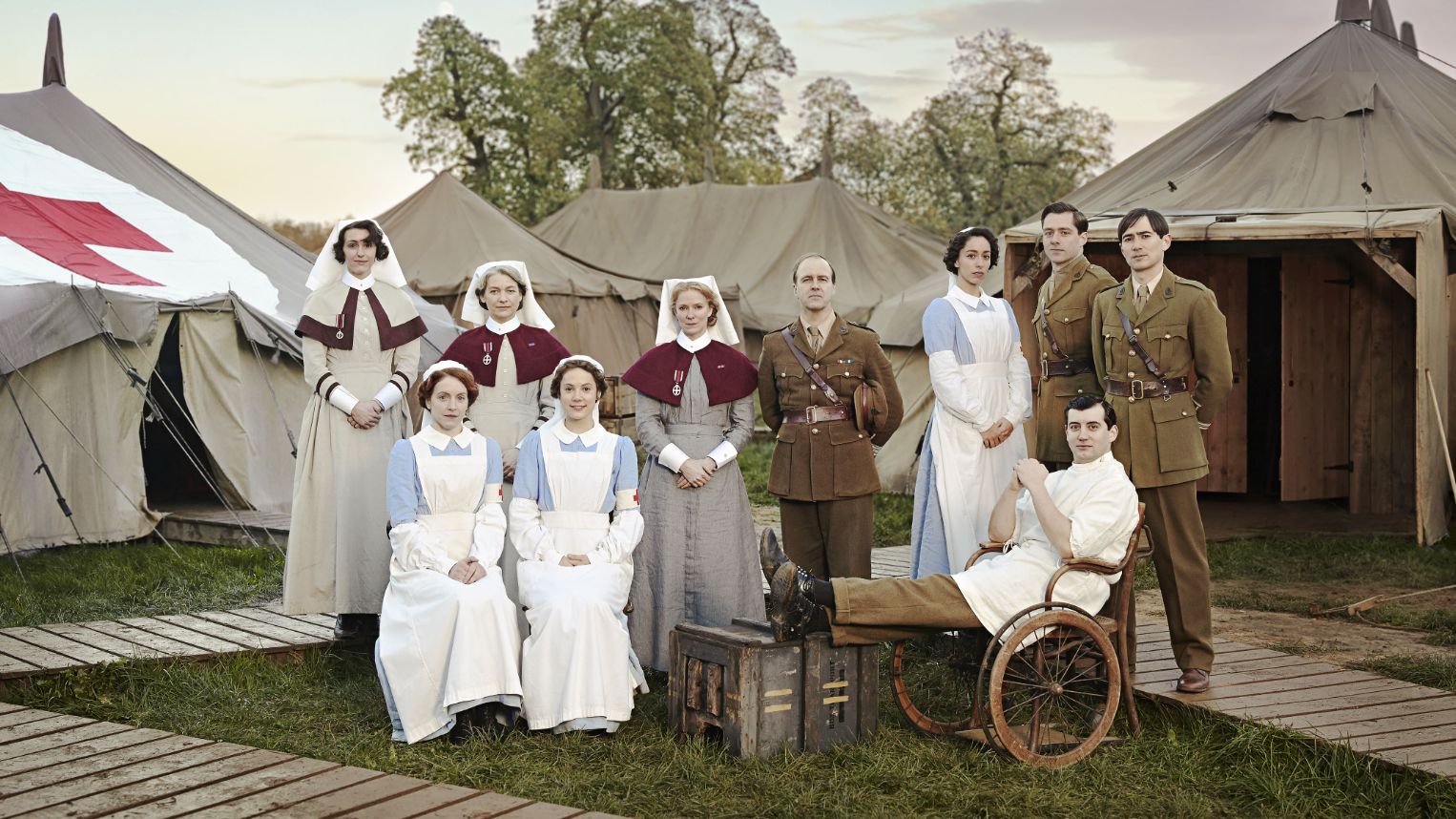 How did you initially think the camp should look?
SP These hospitals grow like mushrooms. They start off in 1914 as a few tents, an operating theatre, a couple of wards and ‘we’ll be home by Christmas having spanked the Hun’s arse and sent him home without his tea.’ But they grow and grow. I looked at maps of hospitals and plans and by the end of 1918 they are like cities. So I thought about it like Deadwood in that every day it changes and grows and builds and gets new little nooks and crannies and dark corners where things happen. It’s such a rich environment. There’s always people coming in, and everyday people are leaving.

What about the detail of the camp?
SP It’s very ‘army’ but at the same time hotch-potch and mend-and-make-do. Everything’s stuck together and comes from other campaigns. They were these formal army spaces but people lived in them and amongst all this army discipline and teetering towers of paperwork there are odd little objet trouvé that people had picked up. Anywhere there’s a war there’s stuff left by the side of the road – pianos, an ornament or bits of china and it drifts its way into this formal military atmosphere of the hospital so it is both utterly army and at the same time messy and chaotic. 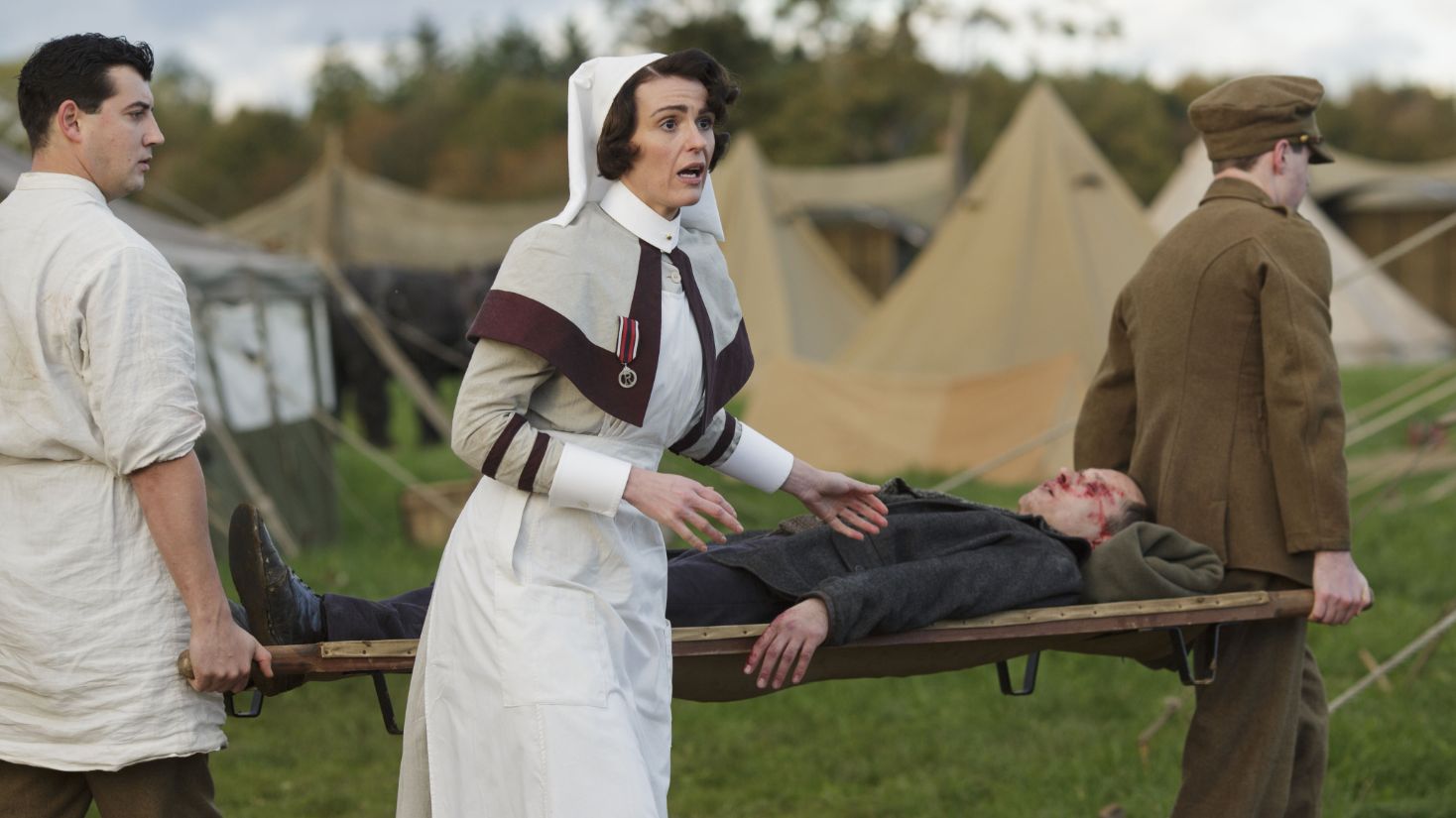 How did you find the location?
CC We went for a recce to Le Touquet in northern France. It’s this Victorian rich persons’ playground in the grounds of a beautiful pine forest. The sea and the pine forest were what we were looking for. Then we looked around Bath, Bristol and Wales. We eventually chose Charlton Park in Wiltshire because it has got a big pine forest, mature pines, and it’s quite flat. It worked really well. We did a fair bit of work to it, we put a big road in and then built our camp with its perimeter walls and tents and buildings.

What was the overall feel you wanted to create?
CC The feel I wanted to capture was that it was a frontier town, so everything’s made locally from the same type of wood. The camps had to be extremely organised in their layout and be as efficient as possible in terms of not wasting money so they have a starkness to them. From the photographs in The Imperial War Museum, it’s like watching Deadwood grow. There’s nothing in the distance just lines of tents going up. It’s the frontier and they’re pioneers, they’re making things with their hands out of bare wood. The photos we found in the Imperial War Museum were a constant source of inspiration. We had them all up in the design office and made a bible from them and distributed to them to everybody. I relied on them. 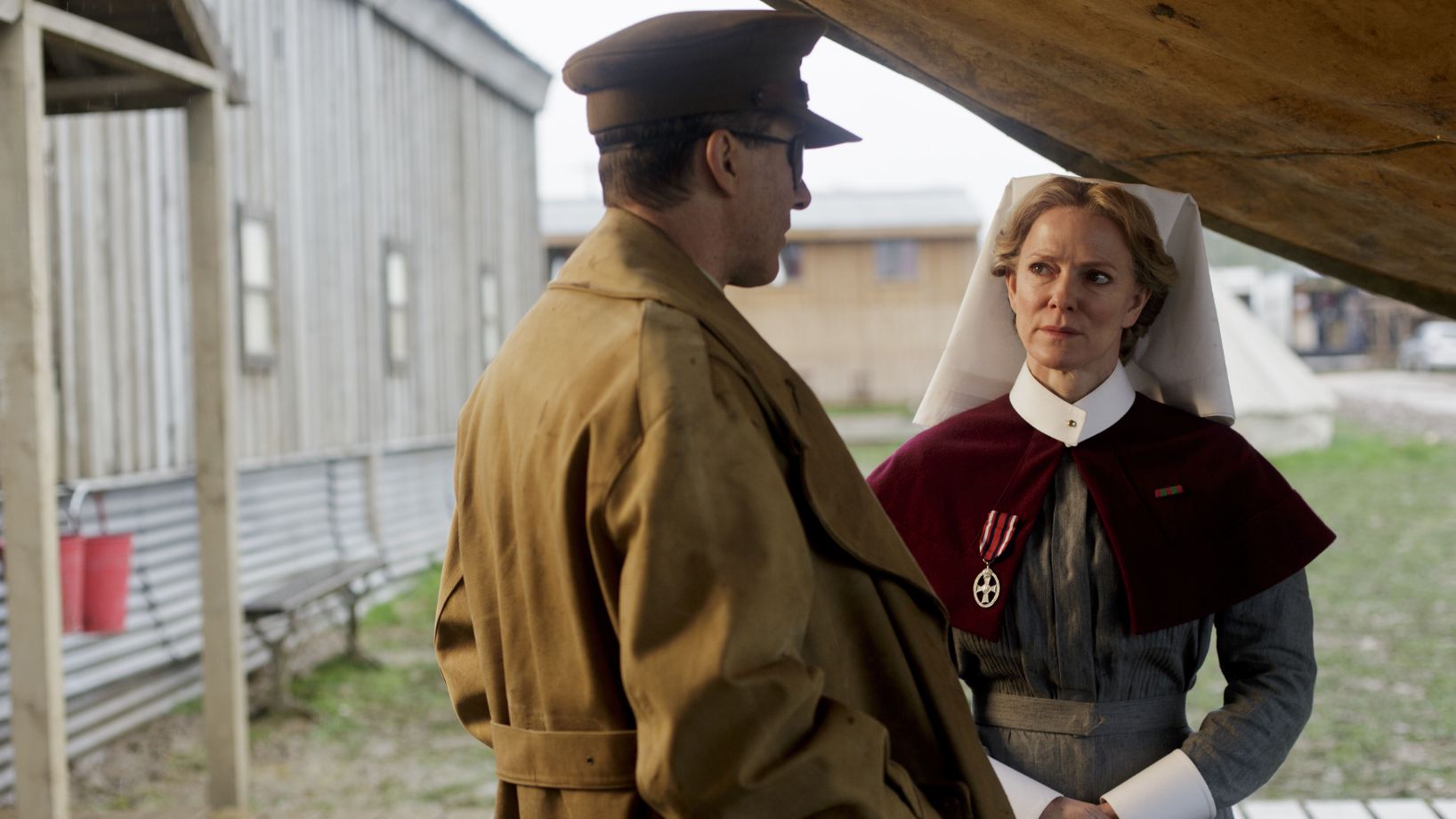 How did you find the medical equipment?
CC For the medical instruments there are people who collect stuff and they are willing to hire it out for close ups. There’s a lot around but there were various things we had to invent. Traction was just in its infancy. That was fun to try to work out. The start of the series is set so early in the war when everything was quite ad hoc. They had people in the UK knitting blankets and gloves and scarves and sending their old blankets and eiderdowns and things. It wasn’t just the bog standard get 500 beds all the same as they didn’t have enough resources to do that. There are plans and handbooks about setting up camps that we found but they are an idealised version of what really happened.

What about the tents and buildings themselves?
CC We were going to be outside in a field all through the summer, autumn and winter so the practicalities of filming had to be looked at. The tents had to be a certain weight as they had to survive us filming in them as well as the winter. They had to be completely watertight which most canvas tents aren’t so we used a new fabric that’s completely waterproof but looks like canvas. It’s made in Denmark and we had it made in various colours and then brought it over to a guy in Bradford who stitched it all together. He had to pattern cut each tent. When they arrived on set they were crisp and lovely so we had to break them down and age them.