Features & Opinion10.11.15
Behind the scenes: The Last Panthers

The rise of complex, multi-layered European drama has been one of the big TV trends in recent years, thanks to standout series like The Killing, The Returned and The Tunnel.

The Last Panthers is likely to appeal to a similar kind of audience, but the six-part series ranges far more widely than most. The story of diamond raid gone wrong, it zigzags from London to Marseille and across Europe to Belgrade and the Balkans over a 20-year time frame.

According to its writer Jack Thorne (Skins, This is England ‘86), it’s about far more than a robbery: it’s a complicated tale about state of the European Union, organised crime and shadowy international finance. 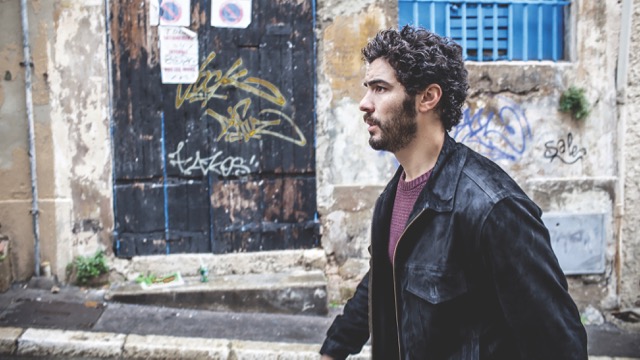 Like it’s subject matter, the story of the £15m production is complex too. It shot entirely on location, in multiple languages (English, French and Serbian), with a Swedish director, English writer, French heads of department, and a crew from across Europe. The cast includes UK stars Samantha Morton and John Hurt as well as France’s Tahar Rahim and Croatia’s Goran Bogdan. Meawhile, the budget was boosted by the French tax credit, and the title track is by none other than David Bowie.

The show originated in France, the brainchild of crime journalist Jerome Pierrat. He pitched the idea to the producers of The Returned, Haut et Court TV, who secured the backing of Canal Plus. Realising that the story and budget required European co-production support, Haut et Court’s producer Caroline Benjo took it to Warp Films’ Peter Carlton – a friend from the European arthouse film circuit.

Warp, which produced This is England, then brought Jack Thorne on board to write the script, and won the backing of Sky – which will roll the drama out simultaneously this month to its subscribers in the UK, Ireland, Italy, Germany, and Austria. 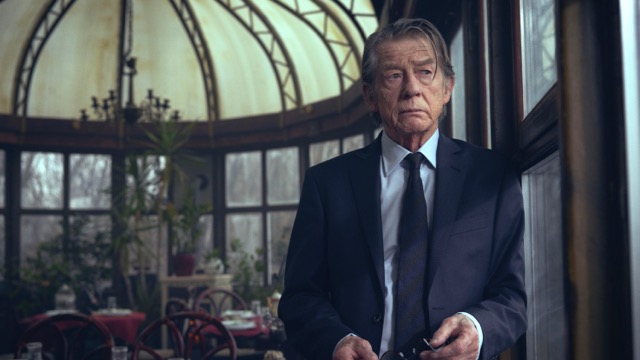 Thorne says the script, which was developed over three years, grew out of conversations and research trips across Europe with Pierrat to meet shadowy figures in the mafia as well as insurance chasers, and with input from the European cast. “They all played a huge role in how the scripts turned out – there was a lot of talking and working things out together.”

Given the complexity of the story and the shoot, director Johan Renck (Breaking Bad, The Walking Dead), says that early on the team decided to “make this series as one big ass movie” rather than individual units in a series.

Thorne completed all six scripts before the show started shooting (although he often tweaked it on location). Unusually for a TV drama, Renck signed on to direct the entire series, which was planned so scenes from different episodes could be shot in a single location before the cast and crew moved on to the next location to shoot more. This helped make more efficient use of the budget.

“It is a restless show,” says Peter Carlton. “Most crime shows are based around some sort of precinct. But on this, we shot for nearly 130 days (with the second unit too) – and the longest we were ever in one location was four days.” The schedule, admits Carlton, “brought everyone to their knees.”

The series was shot using Arri Alexa, while flashbacks scenes to the Bosnian war were shot in Super 16. Certainly, The Last Panthers looks cinematic and authentic – halfway between a movie and a TV drama. Carlton says: “We almost had to invent a genre for it – we called it “operatic realism”…people think authentic as meaning gritty – but it isn’t gritty, it is real. It is very stylised and has a very particular look – the colour palette is controlled but is driven from real places.”

Thorne sought to present his characters as three dimensional and believable, not simply as ciphers for good and evil. This particularly applied to the jewellery gang from Serbia, a country that’s home to more than its fair share of TV and film villains.  “We all feel passionately about Serbia, a country that is in a mess and has massive problems with corruption. But there is nobility to the country. We wanted to make sure that we were not just going Serb bashing…the complexity of the country is really important to us.”

Samantha Morton says it is her first TV series in 20 years. “This is the best part I have ever played. For women, parts like these are just not written.”

Carlton doesn’t play down the challenge of making the show, amid tales of difficult shoots on storm-swept Montenegrin mountainsides and being bottled in Marseille. But, he says: ”I’m immensely proud of the show. At a time when massive questions are being asked about the EU, it is a gesture of genuine European solidarity.” For all the differences amongst the cast and crew, he says they had far more in common. “Europe is so broken up nationalistically and that is reflected in our film – but we do have massive common references.”

Details
The Last Panthers opens with a daring diamond heist by a Serbian gang that goes badly wrong. Samantha Morton plays a British loss adjustor charged by her boss (played by John Hurt) with recovering the diamonds whatever the cost. Also in pursuit is a French-Algerian policeman, played by Tahar Rahim. The chase  quickly takes them through a Europe where a shadowy alliance of gangsters and ‘banksters’ now rule.