An original score provides a distinctive edge to a TV show, whether factual hits like The Apprentice or dramas like Sherlock or Poldark. Despite many shows opting for cheaper library music, composers argue that an original score need be neither expensive nor complicated to create – and can add huge value to a show.

Library music can, of course, be very useful – particularly if a production needs music in a hurry or tracks that are expensive to record, like a big band or jazz score. Factual shows, in particular, can get away with library tracks because the music is often an underscore, providing background under narrative.

But, says The Apprentice composer Dru Masters, an original score recorded with live musicians makes a show “more unique”, contributing to a distinct identity and style.

There can be a bland uniformity about library music, even though libraries offer a huge range of tracks for low fees. Says Masters: “What happens in an edit situation is you just don’t have time to go through 1,000s of CDs, so everyone ends up using the same stuff. They know it works, which is why you end up hearing the same cues over and over again.”

In factual, original music can provide a unifying and unique tone while emphasising what is on screen. In The Apprentice, for example, key points such as the boardroom scenes are all scored with composed music. The tasks alternate between original cues, commercial and library tracks. If the editors want more original tracks, they contact Masters. “It makes it a much more unique piece,” says Masters.

In drama, meanwhile, the role of music is different. “Often it is telling you something you can’t see,” says Masters. “You rarely use music in factual that way.” He says viewers would never dream of watching a drama like Sherlock and hearing library music in the middle. “You would expect it to be composed, to have a theme and variations, and then cut back and interweave into other things.”

The costs of original music aren’t prohibitive either, insist composers. Indeed production companies often make back the money they invest in an original score from the royalties they share with the composer.

Original music for a factual series for a terrestrial broadcaster might cost £1000 an hour to score. Masters says he would write about 50 tracks for a series, working on and off over a period of three months.

Drama, of course, is more expensive. Sherlock composer Michael Price says a budget of £15-20,000 an hour will pay for an original score, plus real players recording the tracks in a studio.

He argues that TV music budgets have fallen behind film, despite TV drama becoming more filmic and the lines blurring between the two genres. “People talk about something like 3% of a film production budget for the music. Somewhere, somehow as TV drama has got more expensive, the music budgets have been left behind. “

Price says it’s best to pay for live musicians to record a drama score, with 10-20 performers the norm. “Sherlock would absolutely not sound like Sherlock if you didn’t record those things for real. It would be a different show without the performers.” Cutting the performance element is a “short term saving, but long term loss”. Citing shows like Inspector Morse, Price says: “The scores that are recorded for real with orchestras age really beautifully – they still sound wonderful.”

Many producers and director, however, feel awkward or nervous about commissioning original music for a show, and struggle to find the right vocabulary to describe what they want.

Price says: “Most filmmakers feel very comfortable on set, talking to the DoP about lenses and light or the picture editor in the cutting room…but when it comes to music, it is either the most magical or terrifying department to deal with.”

He adds: “The best way to be briefed is however the producer or filmmaker feels most comfortable to do it. Often a successful way is to talk about emotions rather than musical specifics.” 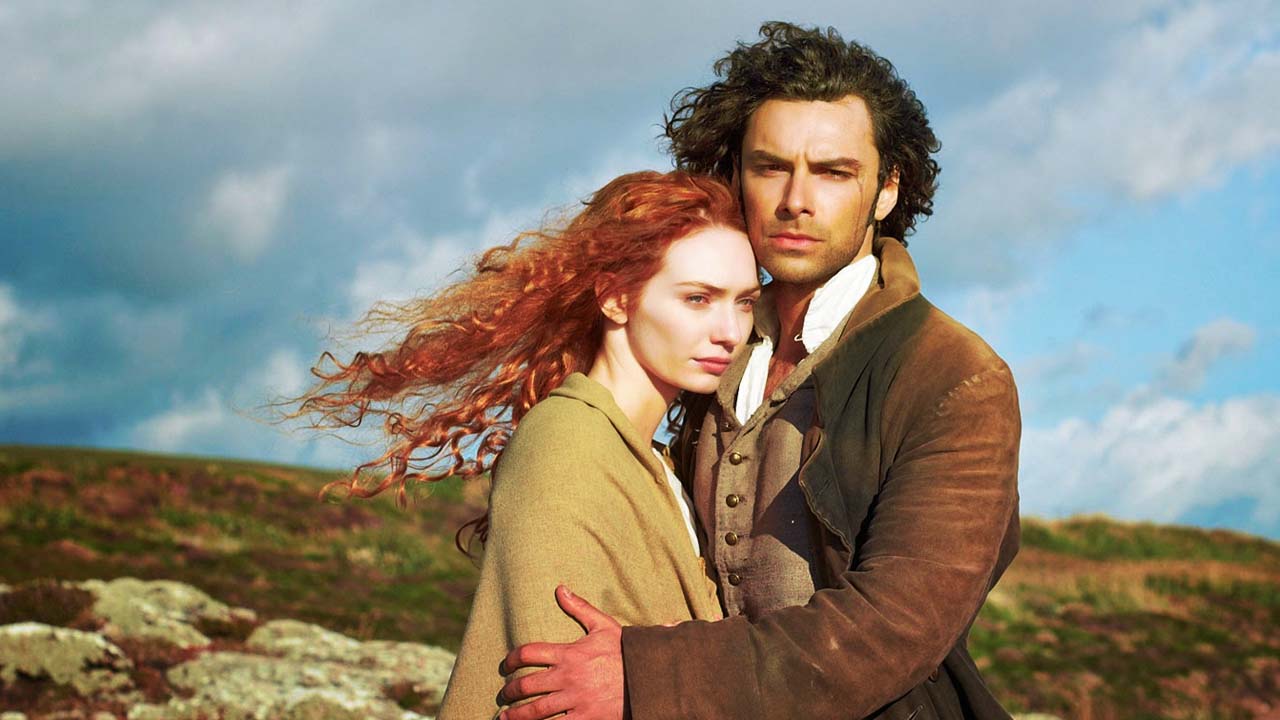 However, composers tend to have different ways of working. Poldark composer Anne Dudley says she ‘almost always’ works with a finished edit and starts with a detailed briefing session with a producer and / or director. “At that stage, it’s likely that they have put in some temp music and you have to persuade them to get that out of their heads and try and look at it as a whole – and spot where the pieces of music should go, and find good in points and out points rather than it being a continuous mush.”

Dudley tends to sit at her piano with the drama on screen, working through ideas, writing them down and recording them. “It has to be an emotional response really. What I am trying to do is add something extra. It’s no good just trying to score the sync points and what is there. You are trying to say a bit more than what is there – to illustrate the inner emotional life of it.”

Price, meanwhile, says his preferred way of working is to write a ten-minute sweep of ideas that aren’t specific to the picture. He will compose on his computer with Logic Pro software and a keyboard. Often, a show will be presented with temp music attached. He says temp music can both help and hinder. “Sometimes it can tell you what not to do. Usually there’s something to be learnt from every piece of music up against a picture. It’s often a very useful shorthand.”

Masters says he is “really inspired by the picture”. But factual shows he works on are often being cut right up till TX, so the process is more fragmented. “I will write to picture, and by the time I have sent it back to them in two or three hours, they will have cut it again. They will cut again what I have sent to them to fit pictures, and I will rework – it can happen half a dozen times. “