The 10-minute pyrotechnic performance that is the The Mayor of London’s New Year’s Eve fireworks display was the highest rating show on TV last year – with an audience of almost 14m. Not bad for an event that was initiated in 2003 by the Mayor’s office as a marketing exercise to promote London.

Back then, our TV screens used to turn to global cities like Sydney, New York or Paris on New Year’s Eve for their firework displays. London’s offering, by contrast, was simply a bit of knees up in Trafalgar Square, while most TV coverage was focused on Edinburgh’s Royal Mile.

Corporate events producer Jack Morton Worldwide – whose credits include the opening and closing ceremonies for the Athens Olympics and Glasgow Commonwealth Games  – has overseen the show since inception. The brief says project director Jim Donald of Jack Morton, was to put London on the map by creating a “New Year’s Eve media moment” – one that would put it at the front rank of the celebrations by global cities. 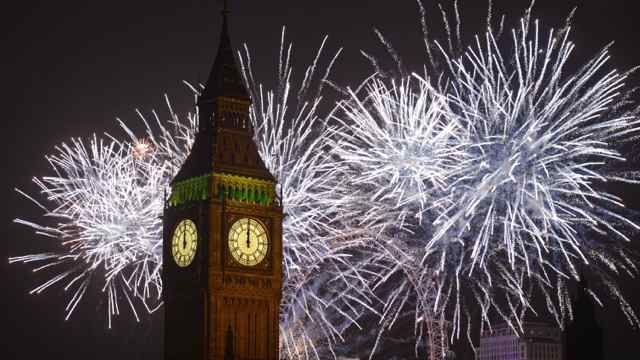 As the fireworks have grown in popularity to become one of the world’s leading displays, so too have the organisational demands on the production team. Hundreds of thousands of people now line the banks of the Thames to watch the display. To cope with the numbers, this year will see the introduction of ticketed viewing areas for the first time.

Yet the show is primarily designed for TV audiences, says Donald. The ambition, he adds, is to create a show that is unique to London – one that uses landmarks like Big Ben and the London Eye to showcase the capital to the world.

For such a visual event, it’s surprising to learn that the production process first begins with the music. Around September, the Jack Morton team put together a sound track of the year, referencing key news events and top tunes.

The music then dictates the pace and tempo of the firework display. Pyro designer Darryl Fleming, of Titanium Fireworks – who has worked on the London Olympics – designs the display second by second, thinking about the look and mood of the show, from slow and subtle sequences to bombastic crescendos. As part of the preparation, Titanium produce a pre-viz animated film which maps out the display so everybody involved in the production has a good idea of what to expect. 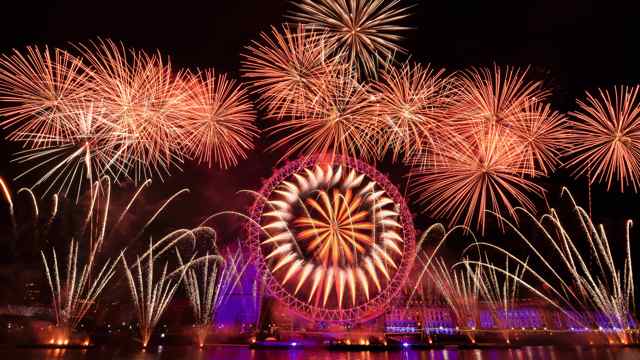 The big challenge, Fleming says, is that the audience is “360 degrees around you… and fireworks and members of the public don’t mix very well.” This becomes a big issue in case of bad weather, specifically high, easterly winds which blow towards most of the audience. “You have to have very detailed curtailment plans,” says Fleming.

Adding to the pressure of producing the event, the team cannot load up the London Eye with fireworks until 5.30pm on New Year’s Eve. They can, however, pre-rig the Eye in the days before, allowing them to slot in the fireworks at the last moment. “It is the most nerve-wracking moment – we are still building the most iconic part of the show with six hours to go with the audience in front of us,” says Fleming.

Everything is usually in place by 10pm. The BBC team charged with broadcasting the show is based out of an OB truck in the Ministry of Defence car park. There are ten camera positions feeding into the live broadcast, as well as a helicopter too.

BBC editor of ceremonial events Claire Popplewell has worked on some of the biggest live events of our time, including the Royal Wedding and Diamond Jubilee, and professes not to get nervous ahead of these. But, she says, “This one makes my stomach flip – you don’t get a chance to rehearse.” The most important thing, she adds, is to capture the moment that Big Ben strikes midnight. 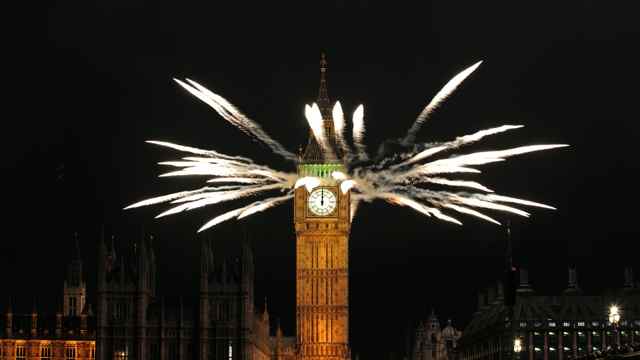 The music, lights and fireworks are then automated to fire. As soon as they do, says Popplewell, the OB truck starts to shake and is drowned out by noise. In the midst of all this, her team are trying to work out the right sound mix and balance for the images that are being broadcast to the nation. There are plenty of challenges to deal with along the way too: smoke from the fireworks can drift and obscure key camera positions, while rain can also make shooting difficult.

She tries to frame shots so that the landmarks of London form essential parts of firework show.  Donald adds: “We’re really trying to create a show that is unique to London architecturally – so when you see it through the cameras, you couldn’t be anywhere else.”

Details
Planning for the Mayor of London’s New Year’s Eve fireworks display involves over 85 organisations, including  all the emergency services, transport providers and local councils. 306 crew work on site from the 27th December to ready the show – rising to 2,658 crew on the night, including stewards. The display, with 12,000 fireworks, lasts 10mins and 50 seconds and is synchronised and triggered by GPS to Big Ben’s chimes.