Features & Opinion03.07.13
Behind the scenes: live@wimbledon

Most online TV channels are notable for pioneering creative ways of producing lots of content for very little money.

Not so live@wimbledon, a TV service produced by IMG Sports Media for the Wimbledon Championships.

Like Wimbledon itself, it’s in a different league to most online TV services – it’s professional and looks well funded.

The service runs on the Wimbledon.com website for up to seven hours a day during the Championship, and is put together by a team of 25 people overseen by executive producer Tim Lacy (pictured below). 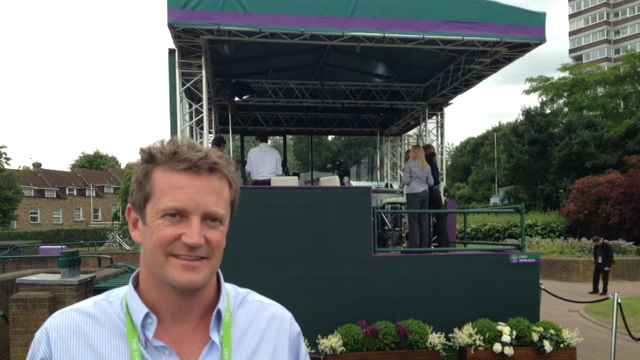 The centerpiece of live@wimbledon is an open air rooftop studio at the All England Club, kitted out with full broadcast quality cameras.

Former players Annabel Croft and Mats Wilander host the service, which includes the latest information on games and interviews in the studio and from around the grounds with players, celebrities and fans.

It’s more relaxed and rawer than most broadcaster coverage of the competition, and aims to give viewers an insight into the players, fans and environment at the All England Club.

However, Wimbledon has been careful not to allow live@wimbledon to compete head on with the broadcasters that have acquired the rights to the Championship.

It can only show live coverage of one game, per set, per hour from each match. Each hour, the service broadcasts roughly 20 minutes of studio coverage, 20 minutes of live action and 20 minutes of reports from around Wimbledon. 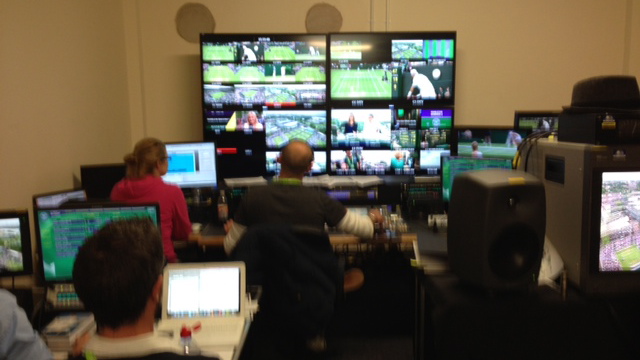 Live@wimbledon is also geo-blocked, airing only in the UK, the US, Canada, South America except Brazil, Holland, Belgium and Cyprus. Next year there are plans to extend the service to India and China.

Now in its second year, viewing figures are growing too, says Lacy. Last week, live@wimbledon was getting about 100,000 streams a day. Last year, each viewer spent an average of 2-3 mins watching content on the site – and this has risen to 25 minutes in 2013.