Features & Opinion29.10.14
A DIY guide to making it in Hollywood

A very well put together, self financed short film by vfx supervisor and director Hasraf ‘HaZ’ Dulull is being used as a proof of concept to demonstrate to Hollywood he can handle the writing, production, direction and visual effects creation on a vfx-heavy, Hollywood-style sci-fi blockbuster.

Haz put the film on vimeo last night and it’s already had over 29,000 views, having immediately been made a ‘vimeo staff pick’. It’s the third visual effects focused short film Haz has created, and it’s proved a successful formula in picking up interest in Hollwood. 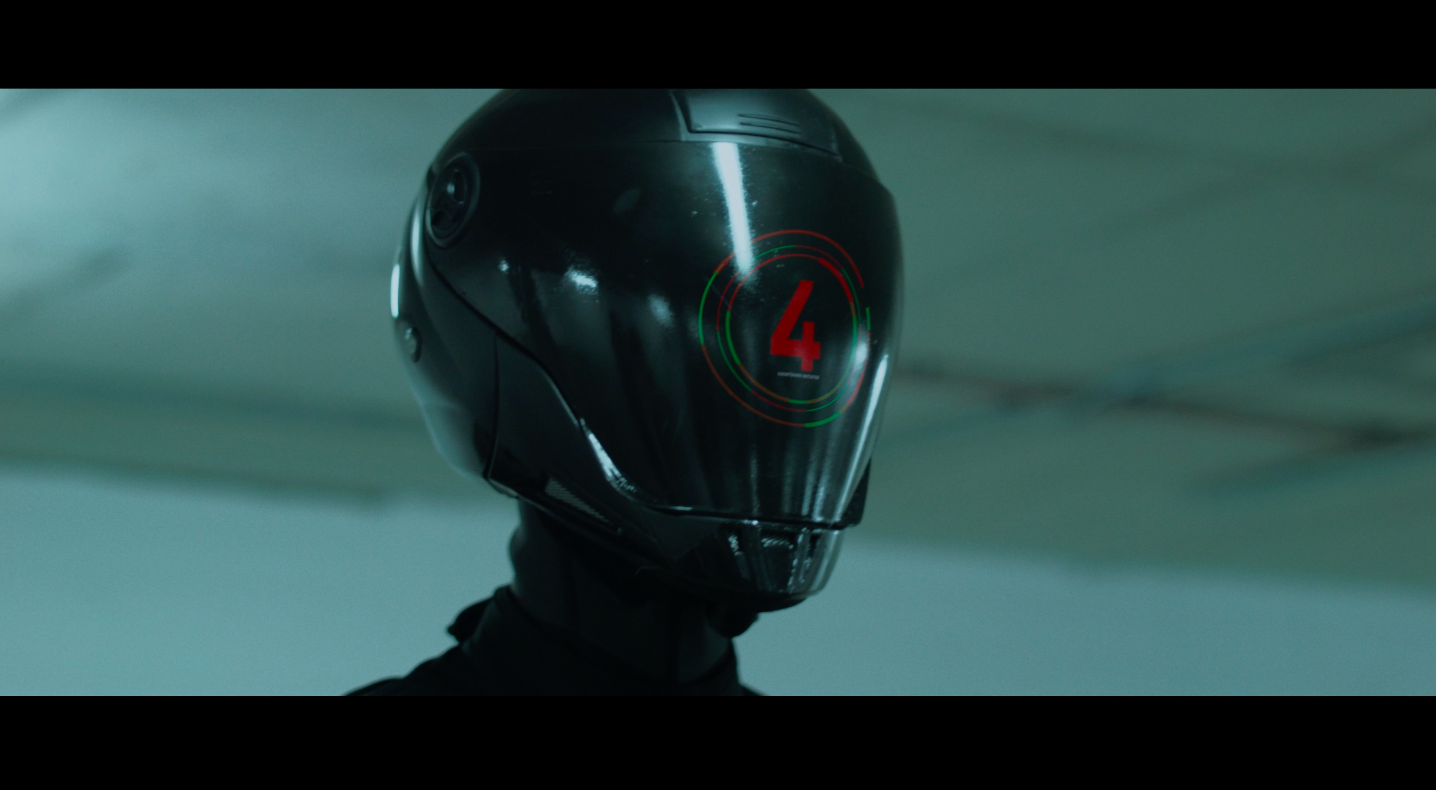 His second short, called Project Kronos (which went live on April 29th 2013), in particular, marked a turning point in his career. It led to him being signed to Holywood Talent Agency IAM Entertainment, where he is now managed by Scott Glassgold.

As he explains: “Sync is a self funded proof of concept short film to visualise a feature film property that’s currently being developed. Since the success of my previous short film – Project Kronos – which led to me being signed to a Hollywood manager last year – I was receiving scripts to read and pitch on, but I felt I needed a piece of work to demonstrate I can write and direct sci-fi action thrillers. But also something very commercial that Hollywood studio executives would instantly react to.” 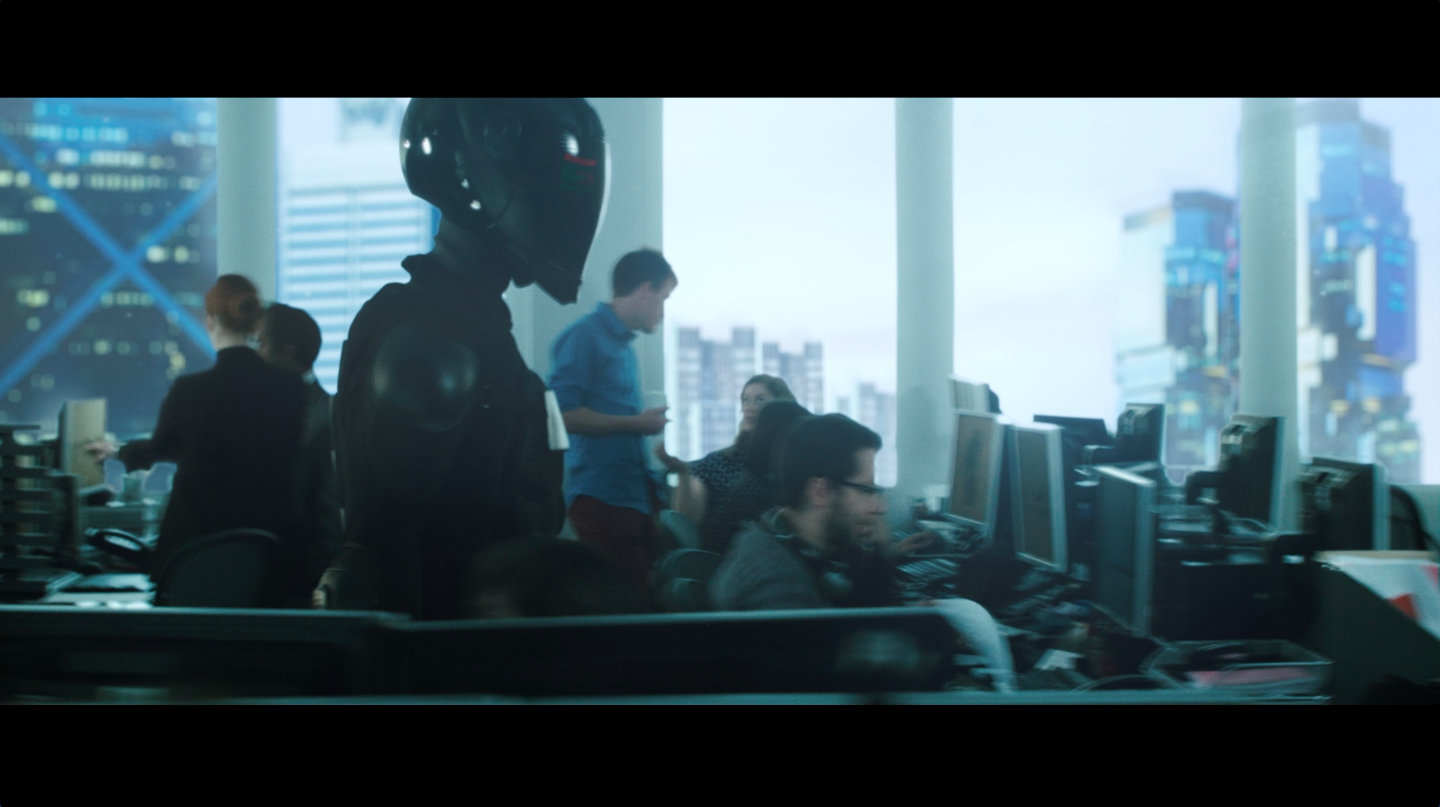 “Sync is set in a not too distant future where cyber terrorism is on the rise resulting in large corporations not trusting online data transactions, so Syntek Industries develops a solution known as SYNCS which are advanced robots tasked to physically transport sensitive data from one location to another,” continues Haz. “But when one of the Syncs ends up carrying a deadly package, the hunt is on to track it down before it reaches its destination. The film combines my vfx background and love for grounded science fiction storytelling.” 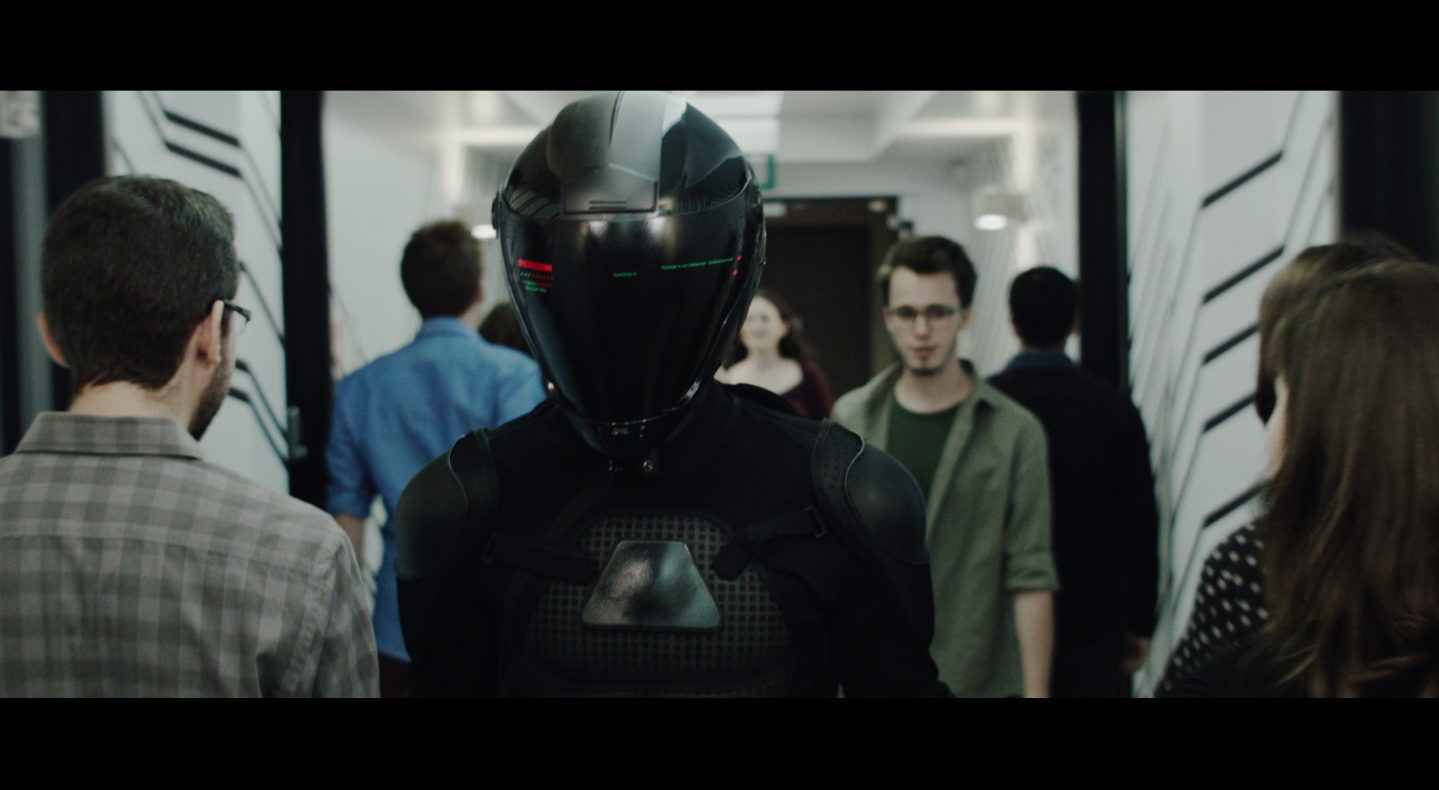 Sync is an impressive piece of work – it’s difficult not to see it as an eight-minute clip from an already created Hollywood sci-fi action thriller and forget it’s a micro-budget short created by a relatively small team and led by a determined, ambitious filmmaker.

Being picky, and viewing it with a critic eye, the storytelling and acting is a little stodgy and overblown, but it’s also very fitting for this type of film, and the Sync characters are brilliantly designed and executed. In short, it would be very surprising if the investment wasn’t found to make this into a full length feature that’s likely to do well in the box office.