Here’s how they did it

We were initially required to shoot plates for VFX involving filming of pyrotechnics where we needed to get a close camera perspective on the pyrotechnics. 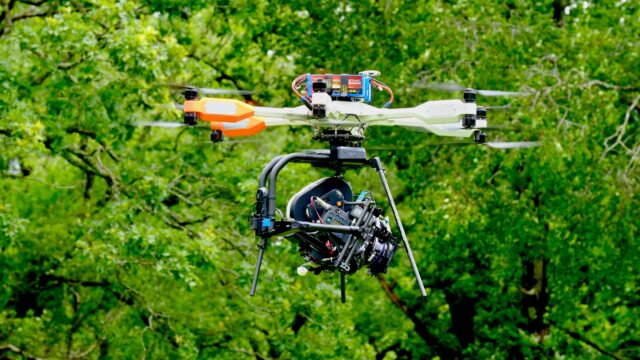 We used our specialist 6 camera array, the Typhon, involving 6 Alexa Minis and 20mm Zeiss Ultra Prime lenses in a toe-out configuration. This to give a massive field of view. Plus, subsequently, we filmed an aerial sequence using our drone.

This initially involved the Shotover K1 gimbal and Typhon camera array rig being driven very close to the pyros, which were suspended on a wire that stretched down the runway 100 feet above ground. The shoot lasted one night. We rigged in the afternoon and shot in the evening.

We positioned the rig at around 30’ in the air and operated from inside the cab of the vehicle. We were on a Lenny III crane from Chapman Leonard – a 50 foot crane arm mounted on the back of a three axle Bickers tracking vehicle. The crane was locked off at about 30 feet in the air, with the vehicle driving forwards and then turning to come back down the runway in the other direction.

We did several passes to generate different sizes of pyrotechnic – starbursts etc, and used various camera angles driving along that line to capture them exploding, and give an element of motion through those pyros. You could see lots of individual elements from each starburst. The perspective was interesting, as the debris passed quite close to the camera.

The main complication was that Production wanted a high frame rate. So, we shot in 2.8K ARRI RAW which allowed 48 frames per second to capture more detail of the firework explosions. (Normally we’d use the Alexa Minis in Open Gate Raw, but this format was limited to 30 per second.) This requirement meant that the field of view of each camera was reduced, so we used 20mm ARRI Zeiss Ultra Prime lenses to maintain the overlap between the cameras. (Normally we’d use the 24mm Ultra Prime).

The other element we integrated, for the first time, was use of a focus and iris control via remote control on each lens. There were 6 iris motors and 6 focus motors. This enabled us to calibrate each lens individually to counter any mechanical difference in the scales of the focus and iris. We used a single, hand-control unit to control all 12 motors: This solution was a ‘filming first’.

To protect our kit from the ‘fallout’ and debris, a cowling was fabricated to protect the lenses to act as a first line of defense, and to deflect any burning debris that could be lodged inside. We used clear optical flats as filters to protect the lenses. This turned out to be prudent as the debris did end up chipping two of the filters. Our second generation Typhon – the ‘Typhon 2’ with toe-in configuration now has a custom carbon fibre dome built to protect the array.

To augment this Fireworks sequence, the aerial team shot sequences involving passes directly through the bursting fireworks at 300ft at a disused airfield in the UK. Intense planning and coordination with Toby Alloway at Titanium Fireworks saw some amazing results, which had the director and production team in rapture.

Aerial sequences throughout the movie were shot on a variety of formats. These included 65mm IMAX film on our Shotover K1 and Airbus Twin-Star helicopter in Spain, and 35mm film on an ARRI 235 mounted to our Aerigon drone in the UK. Additional aerial sequences were shot using ARRI Alexa Mini and the Angenieux 10:1 zoom lens in the Shotover F1. 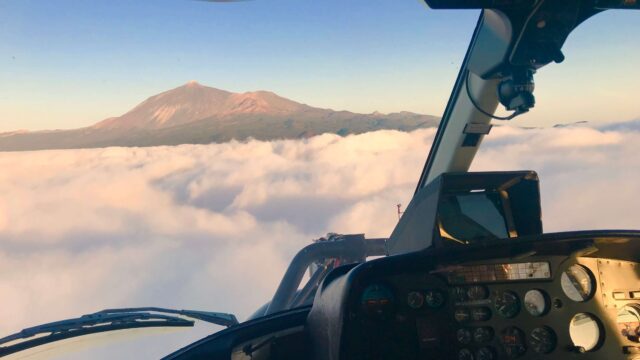